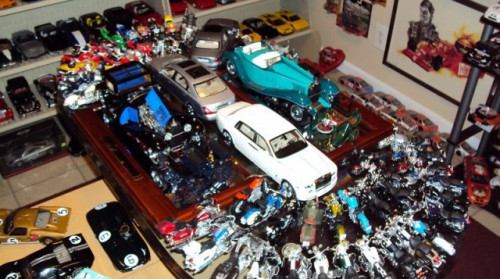 Tell us what this hobby means to you? 13 questions answered by you, Chandler Delametter from Midland, Texas.

We’re always looking for more collectors to feature on DiecastSociety.com Diecast Collector Of The Month (DCOTM). Click HERE for all the details! ** Remember, for your efforts all winning candidates will be mailed a pair of www.DiecastSociety.com decals! **

1) What first got you collecting diecast? How long have you been collecting? What is your total model count as of today?

I was going through a divorce, and collecting was a great distraction from all the unfortunate things going on in my life at the time. I’ve been seriously collecting since 1998, but I had 3 or 4 diecast cars during my marriage. My total count is 412 cars. But I also collect motorcycles too, which there’s about 150 cycles.

2) What was your first diecast or memory?

My first diecast car was a 1/18 scale 1990 Yellow Lamborghini Diablo, made by at the time INTEX, which we all know was really Maisto. The car had crazy red plastic seat belts that bowed out from the seats.

3) What is your favourite scale, and why?

My favorite scale is 1/18. The scale just seem to be a little more detailed than that of 1/24, and since I got into it in 1998 theirs been a dramatic upgrade on just how detailed 1/18th scale has become. I do own several 1/24 scale cars but all of them are NASCAR’s.

4) What are some of your favourite models to date? Did you share any photos with us?

Holly smokes that’s very tough to answer, I would guess the first one is the Kyosho Lamborghini Countach LP400. When I was in my teen’s,(mid 1970’s) I had seen probably the very first Countach here in my hometown, and probably in the U.S. That car blew me away, I just couldn’t get that car out of my head. So when I got the Kyosho version, it held a lot of sentimental value for me.  I have several racing cars, but one that stands out to me was the Replicarz Brawner-Hawk, which was Mario’s winning car at Indy in 1969.  That was my first real memories of the Indy 500 and again I hold sentimental value more than anything else. I also am a big fan of the Chaparrall’s of Jim Hall. I have several of the Exoto examples of his cars, and again the Chap’s hold a big sentimental value to me because I grew up and live in Midland, TX where the famous birds are housed at the Petroleum Museum. On ocassion I have a friend who tells me when they take the Chaparrall’s out for a spin in front of the museum. So far I’ve seen the 2D with Mr. Hall driving it, and the 2J (sucker car).   I’ve even been able to help push the cars back into the museum, what a major thrill. I love Ferrari’s, and that what really dominates my entire collection. I did share several photos of these cars I described plus many more.

5) Is there a model that has eluded you, a holy grail of sorts?

Yes, one that I don’t believe will ever be produced. The Chaparrall 2J,which was supposed to be made by Exoto. I had preordered the car in 2005 (before I knew better), and we are going on almost 10 years, and no 2J. I found out that Exoto had gotten in hot water with Chaparrall Cars Inc. about not paying royalties, so I pretty much wrote off the car at least in 1/18th scale.

6) What is your favourite brand/manufacture, and why?

I would have to say CMC, their quality is unmatched. I think you get the best bang for you buck with them, even though most of the time its big bucks, but their worth it. But, I have to commend the 1/18 scale Hot Wheels, who have really stepped up their quality, and detail from the past years. Love the Ferrari’s

7) Describe your current theme and what your overall goal is?

My current theme has always been my theme. Stick mostly to 1/18th scale, but beyond that the sky is the limit. I have always tried to have and open mind to all genre’s of cars. Racing, Classic, Muscle, Exotic, it doesn’t really matter. I have tried to stay with the realistic cars that were mostly production, but occasionally I get something cool like AUTOart’s x2010 which is what I hope the future of Formula 1 morffs into in the future. My goal is to get other locals interested in the hobby. I’ve got some friends who appreciate the passion I show, and I’m seeing some results with other guys getting into diecast car collecting.

8) Do you display your collection? If yes, how?

You bet I display them. That’s the joy I get from collecting them. I have come acquired some shelf units at the place I work, and put out on each shelf some of the one’s I like to put my hands on. I continue to find details in some cars that I hadn’t seen in the past, especially the two Bauer Bugatti’s, their so heavily detailed. I have also have a glass table that stands in the middle of my (show) room that displays my luxury cars, along with several motorcycles.

9) Do you have any other hobbies, passions or addictions?

The only other passions I have is discovering the world of beers. I’m not an expert what so ever, but just love the different brews that are made all over the world. My addiction is obviously cars. So I love watching Velocity, or any other TV channel that covers anything that deals with wheels.  I love to go to the races when I can afford it. Diecast cars are getting expensive you know! LOL! I’ve been to the the Indy 500 twice (1998, 2000) Nashville Speedway a couple of time for Indy Car. I was stationed (Army) in Monterey CA. for three years. Lagana Seca is there and what an awesome place it is, (the corkscrew). I was at Charlotte Motor Speedway for the very last Indy car race there. Unfortunately, 3 people were killed at turn 4 in the stands when a couple of Indy cars got tangled up, and parts went over the catch fence. My biggest desire is to head over to Austin for the F1 race, but again it gets pretty expensive to see the race.

10) What do you think about the diecast hobby as it stands today?

I think that if they can put a handle on production cost we may be monetirally funded right out of the hobby. I read on many forums that people who enjoy this hobby can’t afford this cars anymore, or they’ve gone from buying 2 or 3 cars a month, to 2 or 3 a year. There’s many reasons why we have such issues with the cost, possibly we have desired such high quality, or very detailed cars, that the manufactures have tried to keep up with our demands which means over the top prices. I’m no expert, and it’s not fun when you desire a diecast that you can’t afford.

11) If you could change one thing about the diecast hobby what would that be?

Well, the answer on question 10 pretty much sums up one of the major thing I’d like to see changed, how it’s possible I couldn’t tell you.   However, I would like to see more of a craze for the hobby in popularity. Yes, we have many websites, forums that deal with diecast cars. But, I’d like the hobby to become more noted in the public’s eye. Like for example, along with Barrett-Jackson’s auto auction, they would have an auto auction of diecast cars. Sounds a little crazy, but there are a boat load of collectable cars, of past, that are becoming very desirable and could fetch a pretty penny.

12) Do you modify cars? If yes, what are some examples?

I tried one time. I glued the silly seat belts down on to the seats on my Yellow Lamborghini Diablo. It worked! LOL! 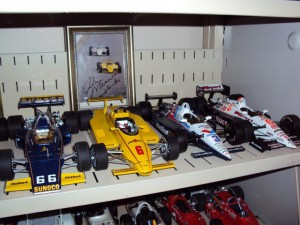 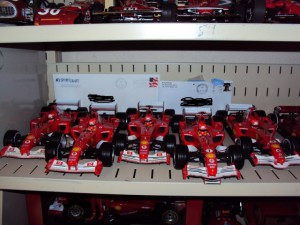 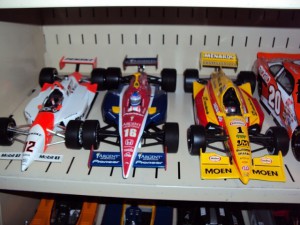 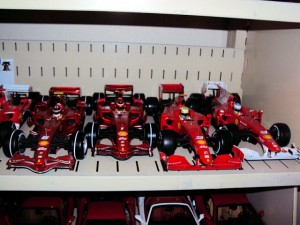 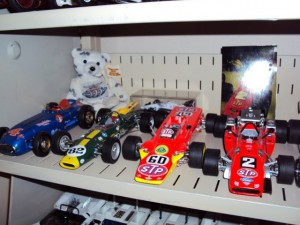 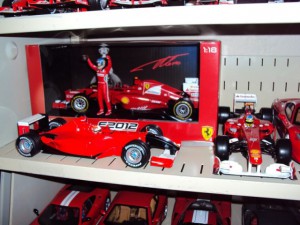 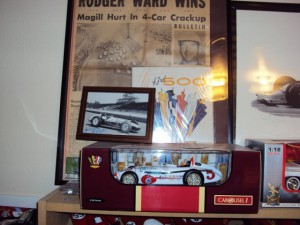 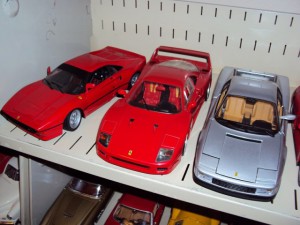 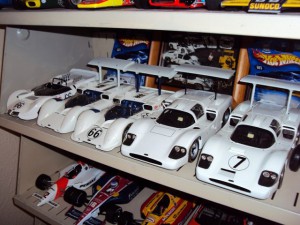 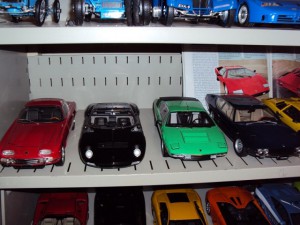 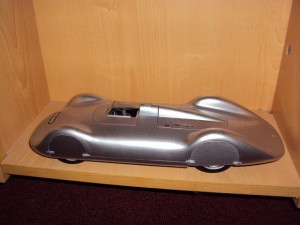 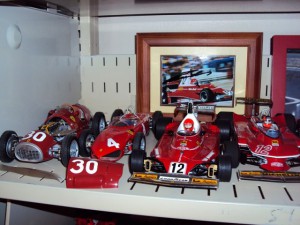 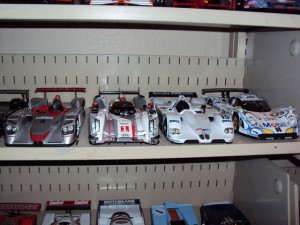 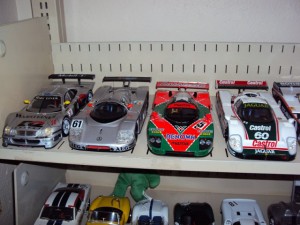 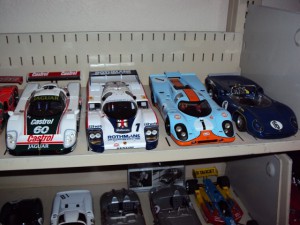 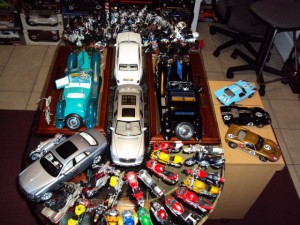 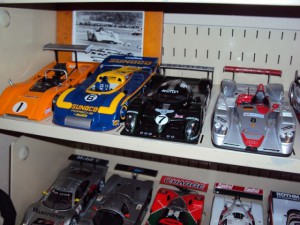 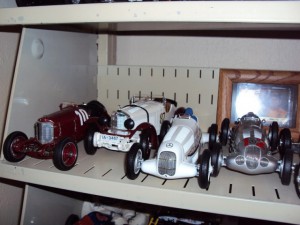 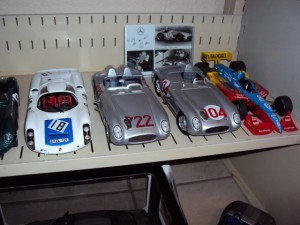 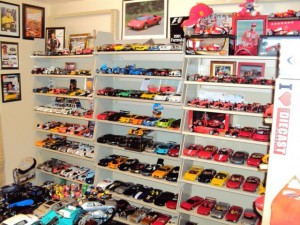 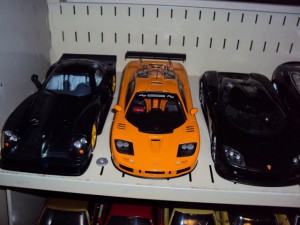 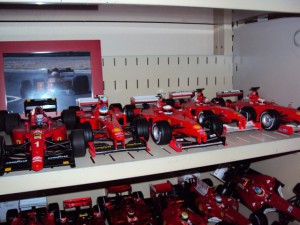 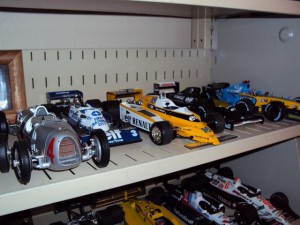 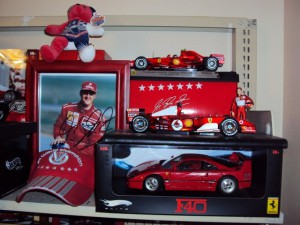 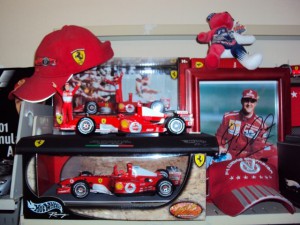 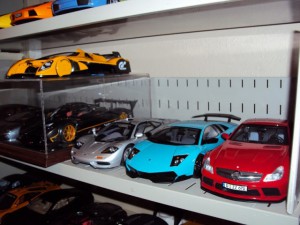 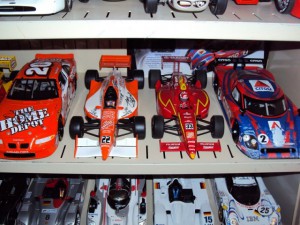 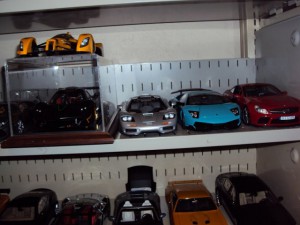