The decision to buy this model was extremely spontaneous. I got bored one afternoon and decided to check eBay for a good bid or two, like the kind i always see diecast forum users post. Upon researching Hot Wheels Elite, I came across a bid ending in 24 minutes so without thinking, i started bidding and eventually won it at around $50. Nearly half of what it’s actually worth!

For an average price of $100 for most Hot Wheels Elites, there’s really no other comparison in terms of detail and craftsmanship. Sure you got the lower end AUTOarts, but under $100, you’d have a hard time finding a good deal. 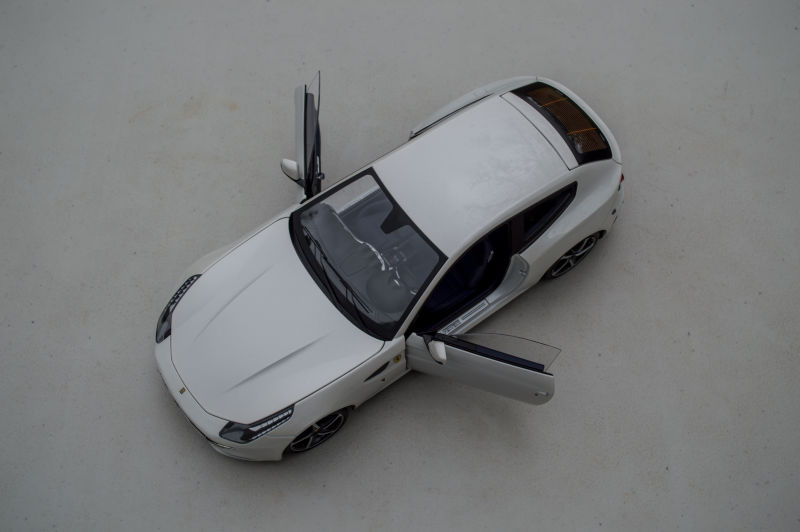 The folks over at Hot Wheels did a great job replicating the monster. The curves and lines flow seamlessly as if it was the real deal. My particular model has no complaints whatsoever, except for a slight misalignment of the doors and the rear panel, but really, I’d be nitpicking. 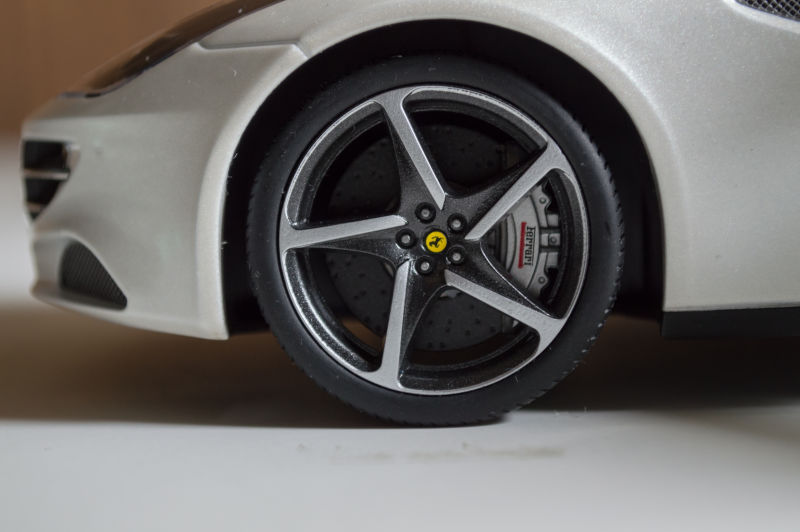 The wheels are a work of art themselves. They feature black inlay which helps give the look of the rims that much more ooomph (if you know what i mean). One of the main issues with past Hot Wheels Elites are that the wheels and brakes are out of proportion as compared to the rest of the car. However, for once, HOTWHEEL LISTENED! The size of the wheels fits perfectly and ride height seems spot on. Hell, look at the details on this thing! Something you’d expect to see on a AUTOart! 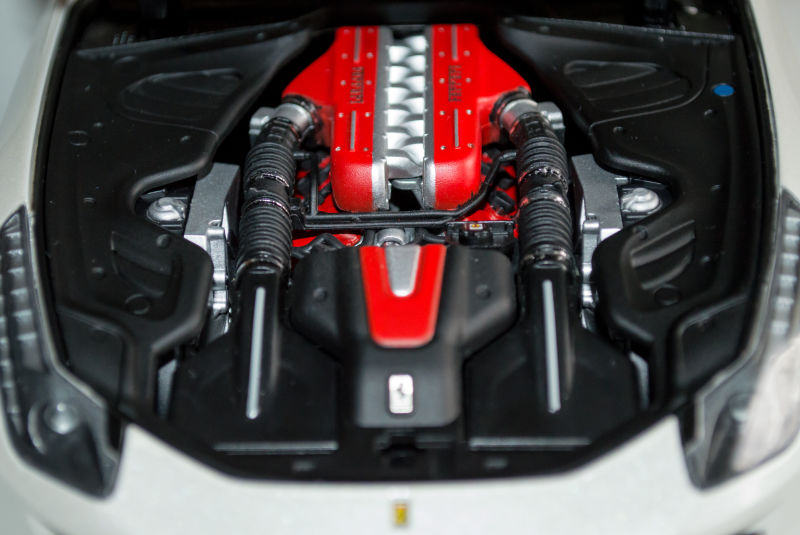 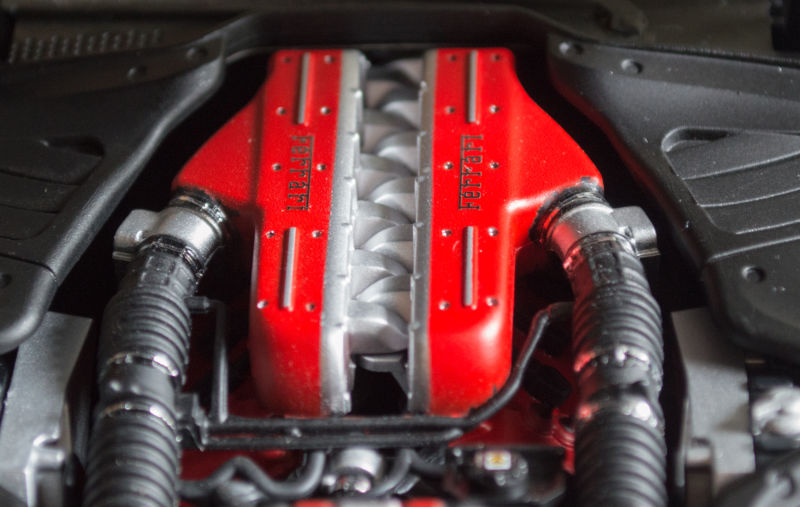 Now i rarely give 10/10s on anything, because there’s always something to nitpick. However, i was blown away by the level of detail underneath the hood of this 600hp wagon. Codename F140EB, the V12 in the wagon churns out 651 hp and 513lb-ft torque… making that faster than the Enzo.

The motor is executed to perfection. Compare the picture above to a real FF engine, and you’d be hard press to find any major differences.

One thing I have to note is the panels gaps on this model are very minimal. In fact, it almost seems like the hood doesn’t open. Accessing the engine actually proves to be quite difficult. I had to use a toothpick to press up through the hole used for the wires that held it in place when it was new. But hey, only models with very minimal gaps have this problem, so I’m not complaining. 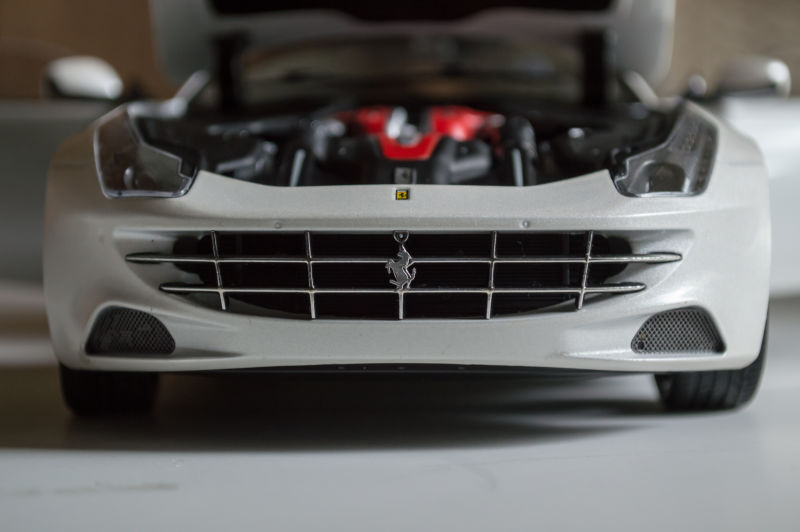 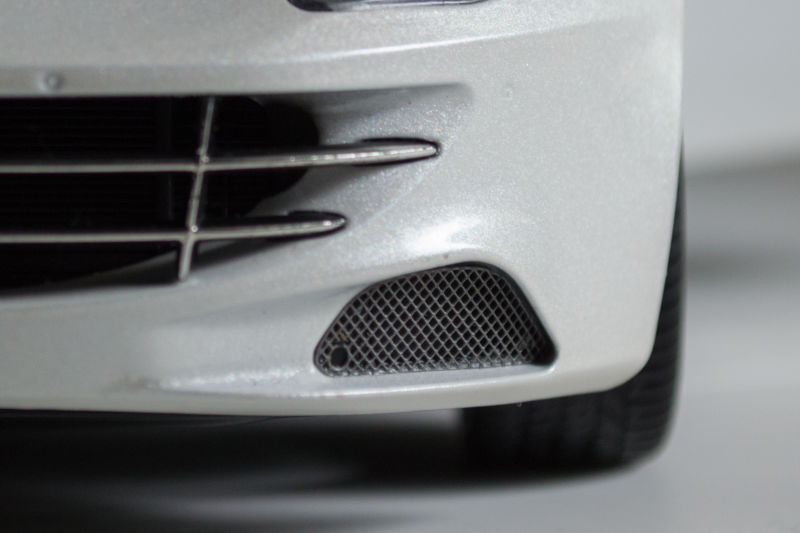 The front fascia is executed just as nicely as the rest of the car. Something that really caught my eyes are the photo-etched grill and meshed lower vents on either side of the car. At first, I thought they were simply a solid piece of plastic painted on, but fortunately, cost cutting was not an issue here. Even looking at the prancing horse logo in the middle is just as mesmerizing. Bravo Hot Wheels! Bravo! 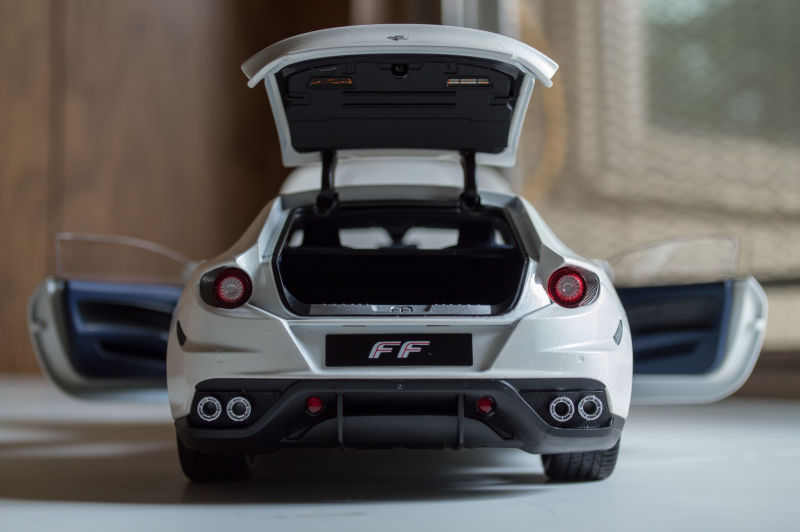 Basically what was said about the front, can be said to the rear. Everything seems about right, with the exception of a few plastic grill inserts along the side and by the taillights. 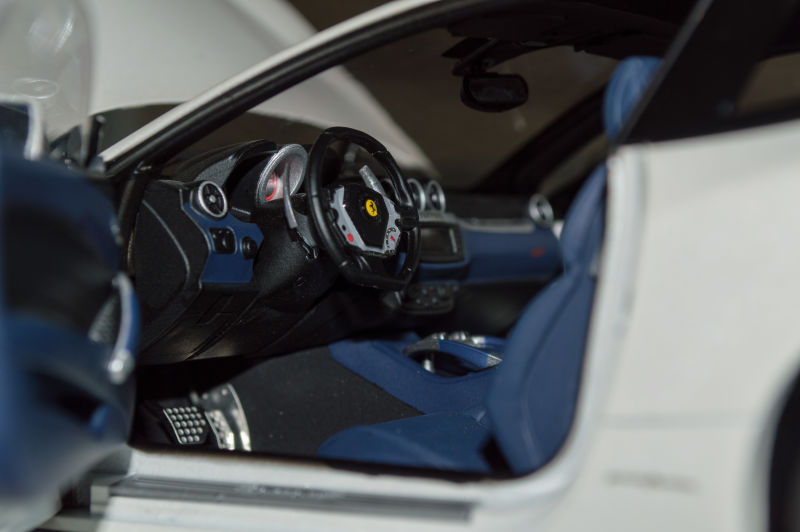 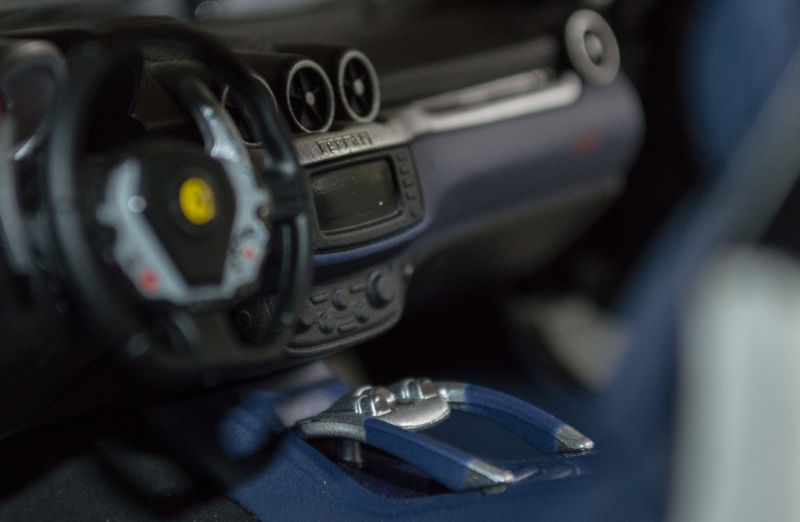 Once upon a time, interiors on Hot Wheels Elites are considered some of the best. The dark blue is exceptional against the pearl white exterior. Blue and white always makes a great combination on nearly any car. The interior doesn’t feature any carpeting, which is a bit of a disappointment. Also, the center console features a huge blank screen, which detracts the overall feel of the interior a bit. However, on the positive side, the steering wheel is flawless. it even features the famed Manettino switch on the wheel! 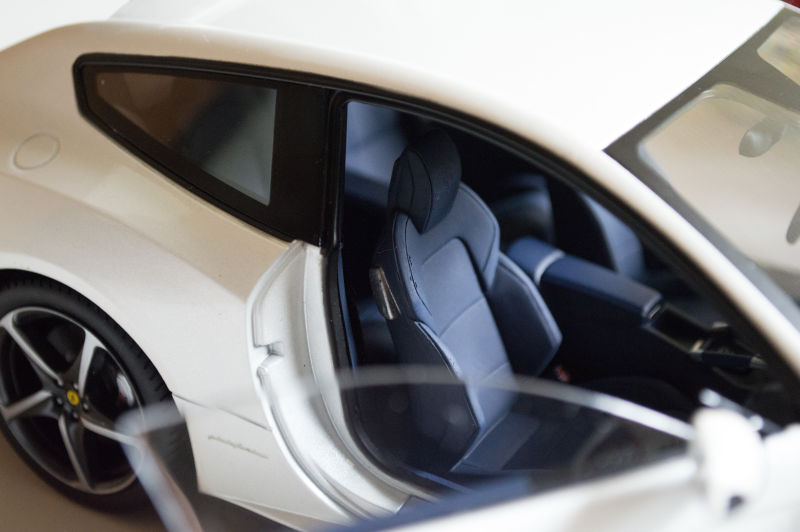 The seats have this rubbery feel of it, making it almost seem like actual leather. Now keep in mind that I edited the pictures a little, so in reality, it isn’t as blue as it seems. 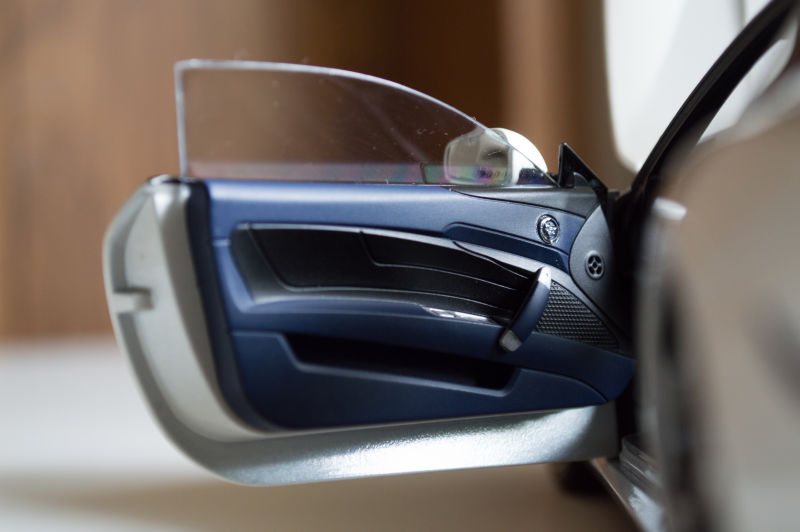 I can’t stress enough how great of a deal this model is at it’s current price range. It’s ridiculous to think a model that normally cost around $75 puts a few AUTOarts to shame. Heck, it puts the Hot Wheels Elite LaFerrari AND the 458 Speciale to shame. Keep in mind the LaFerrari costs twice as much, yet it offers less detail… ironic isn’t it.

The level of detail on the doors are through the roof. Almost everything you’d expect are faithfully represented. 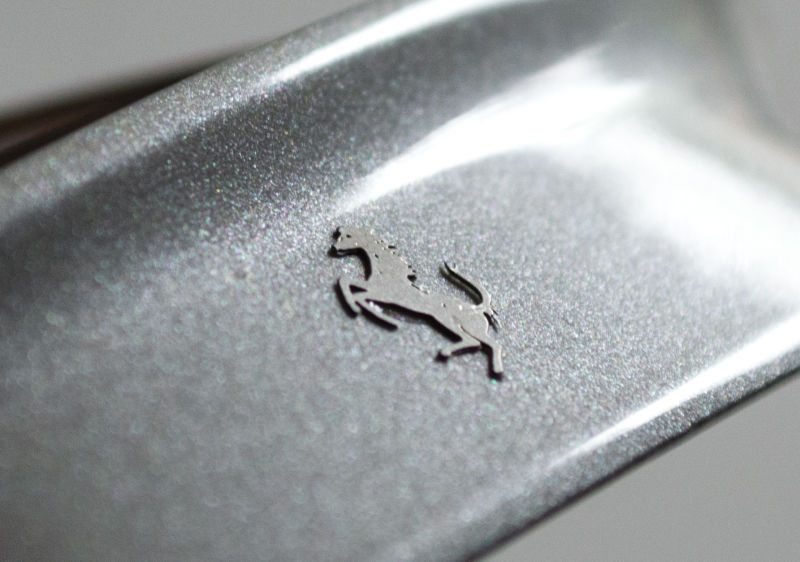 I mean Jesus Christ, look at this thing…  Now the model is a few years old as it came out nearly 4 years ago. However, it was during a time when Hot Wheels Elites excelled at fine craftsmanship at a relatively low cost. Unfortunately, that is definitely not the case with recent models. Both the Hot Wheels Elite Speciale and LaFerrari suffer from horrendous quality control. Along with the Fast and Furious Dodge Charger by Hot Wheels Elite, it seems like Hot Wheels has lost its way as their license with Ferrari slowly came to a crawl about a year ago. I dare say the recent Bburago Signatures take on the same models are definitely better for a FRACTION of the price.

So verdict is, if you want a Hot Wheels Elite Ferrari at the apex in terms of quality, purchase either a FF or F12. Both can be found for ~$100.