I consider myself a traditionalist when it comes to cars. I like naturally aspirated engines, petrol over electric and rear-wheel drive among other traditional automotive elements. My traditionalism also extends to my model car collection where I prefer diecast metal over resin or composite. But there is no denying that resin has made great strides in expanding its presence in the model market.

Why this is taking place can be answered in several different ways. In my opinion, resin is everything diecast isn’t. It typically has less perforated vents because it’s a solid mould, not a casting of multiple body panels, it has no openings and – maybe the biggest issue for me – resin has a totally different feel than metal. The rise of resin also means there has been a decrease in the number of diecast cars coming to market, especially those on the fair-priced side of the market. I have also seen a corresponding increase in higher-priced resin models. 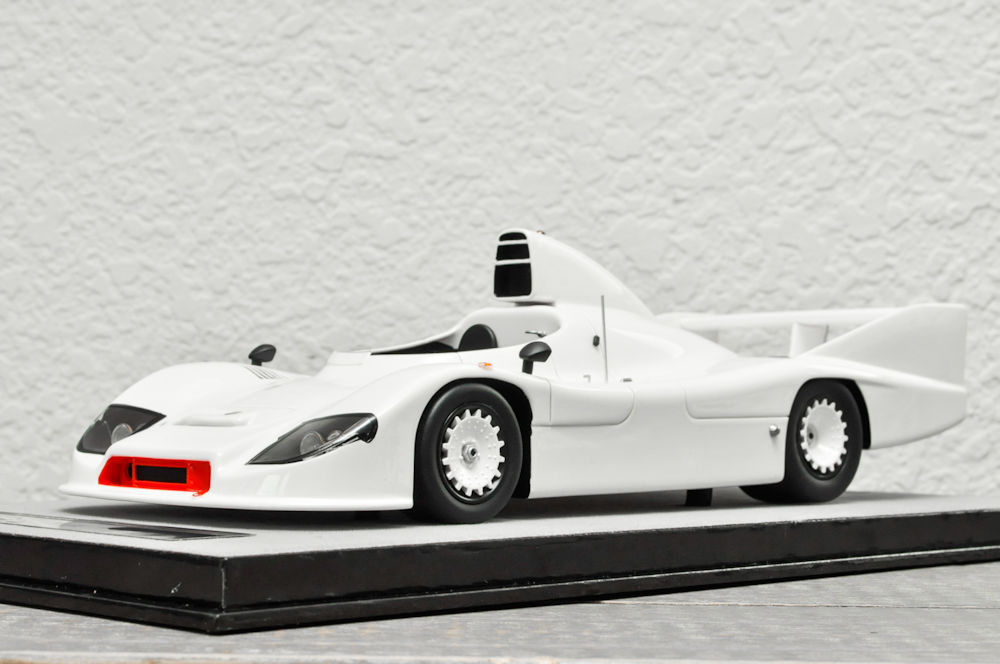 The combination of more resin models and higher prices has left many collectors, including me, with a less than positive opinion on resin. This isn’t to say that I haven’t dipped a toe in the resin market. I have a pair of mid-priced TopSpeed resin models and found them to be visually appealing but rather so-so overall. To be fair, neither are premium models so I haven’t had a chance to accurately scrutinize all that a resin car may have to offer. I set my sights on finding a high-quality resin but at a price point that wouldn’t prevent me from going to college. 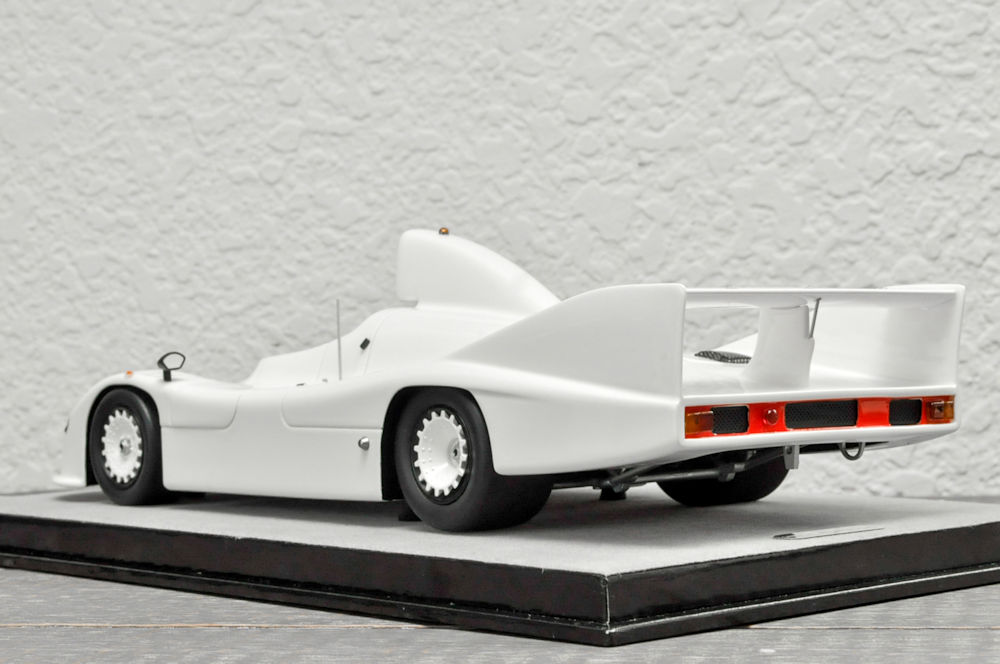 Thanks to the Replicarz Fourth of July blowout sale, I lucked out and got my hands on a super limited edition 1:18 scale Tecnomodel Porsche 936 test car. I’m sure at this point many of you are saying “But Mason, Tecnomodels go for $280, how is this reasonably priced?” Great question! The Porsche 936 was among a few dozen high-priced resins that were on sale for half off, and nothing says freedom like half-off-priced model cars. This would allow me to determine for myself if higher-end resin models are worth the price especially when compared with similarly priced diecast models. Let’s take a look.

Rarely do I review a model costing north of $150, let alone one at the $280 retail price point carried by the Porsche 936. The higher the price, the more nitpicking I’ll be doing. Tecnomodel got things off to a good start with its high-end packaging that exceeded any other models I’ve previously reviewed. The packaging’s outer layer is a two-piece design, one fitting on top of the other, with the inside using a fold-out panel and the rest being removable. If that doesn’t scream exclusivity, I don’t know what does! 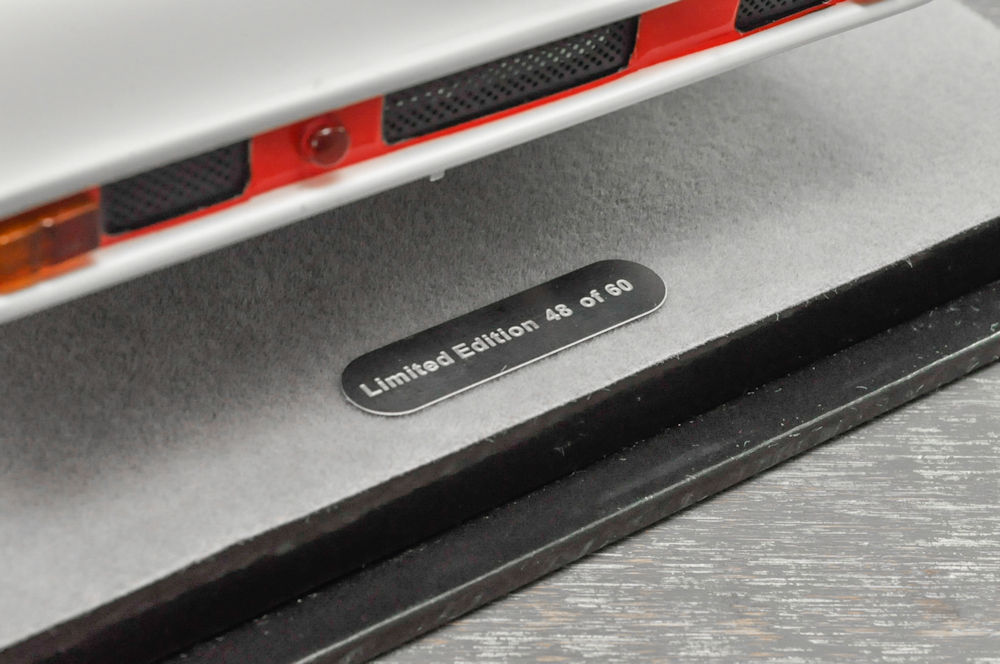 The car comes on a felt-covered base plate with a front plaque highlighting the name of the model, and a back plaque showing the number of this model and the number of total versions manufactured.

The packaging is great but what about the car itself? Simply put, very, very high quality. Visually, it’s perfectly proportionate, and Tecnomodel nailed the wheels, vents and (especially) the interior. It’s darn near perfect but I have to say that the resin feel is something that I just can’t get past. This may sound ridiculous to some but the traditionalist in me says it’s too smooth and the shut lines look very artificial.

Tecnomodel nailed the exterior recreation as they should for $280. The paint is very consistent and has no orange peel. From what I can see, there is no camber whatsoever, likely because it hasn’t been removed from the base plate. The headlights look on par with each individual bulb being detailed very well. The wheels look amazing too, the center lock bolts and wheel covers tie together the hardcore racecar feel. All vents are perforated, this includes that above the wheel wells, grille, rear air vents, and the massive “roof” scoop. 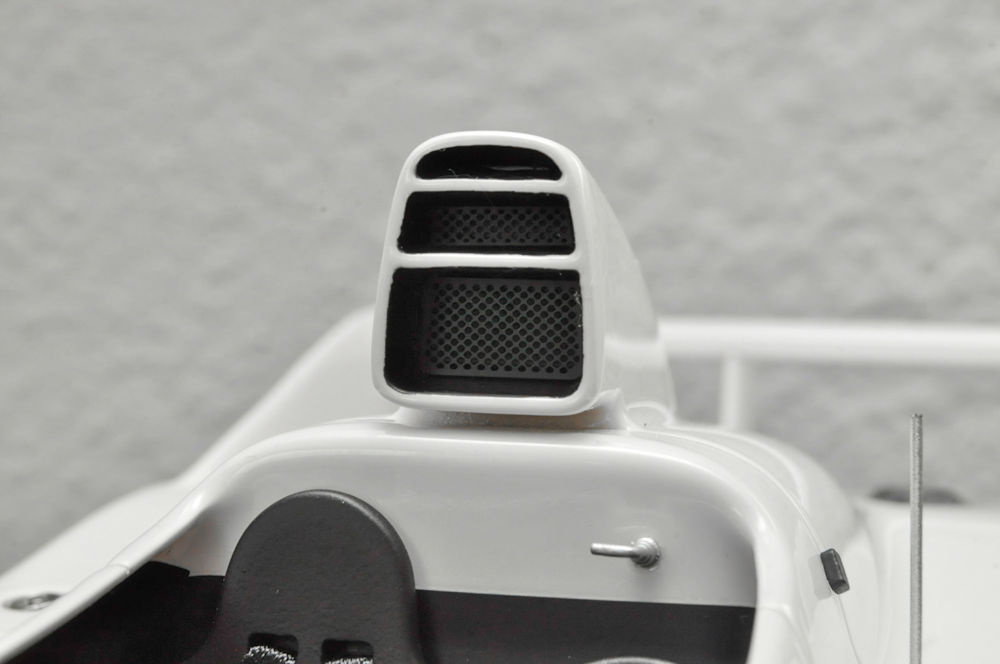 Moving right along to the rear, Tecnomodel has some misses that I’ll elaborate on later but overall did a fine job. The iconic Porsche spoiler used on the 936 is moulded quite well with surrounding vents implemented nicely. A lot of the underbody supports are visible and well painted. A tow hook is visible next to the underbody supports. Altogether, Tecnomodel did a fine job on the exterior.

Tecnomodel excels with its interior recreations. Each individual gauge is labelled, and the pedals are made perfectly. A fire extinguisher is included just in case you need to extinguish a 1:18 scale fire. The steering wheel is a bit blander than that found on the 1:1 936, but the wonderful Autoflug harness makes up for it. The harness features a detailed buckle and fabric straps, something you don’t always find in 1:18s.

I love the model but there are a few small things that Tecnomodel could have focused on to make this 936 perfect. 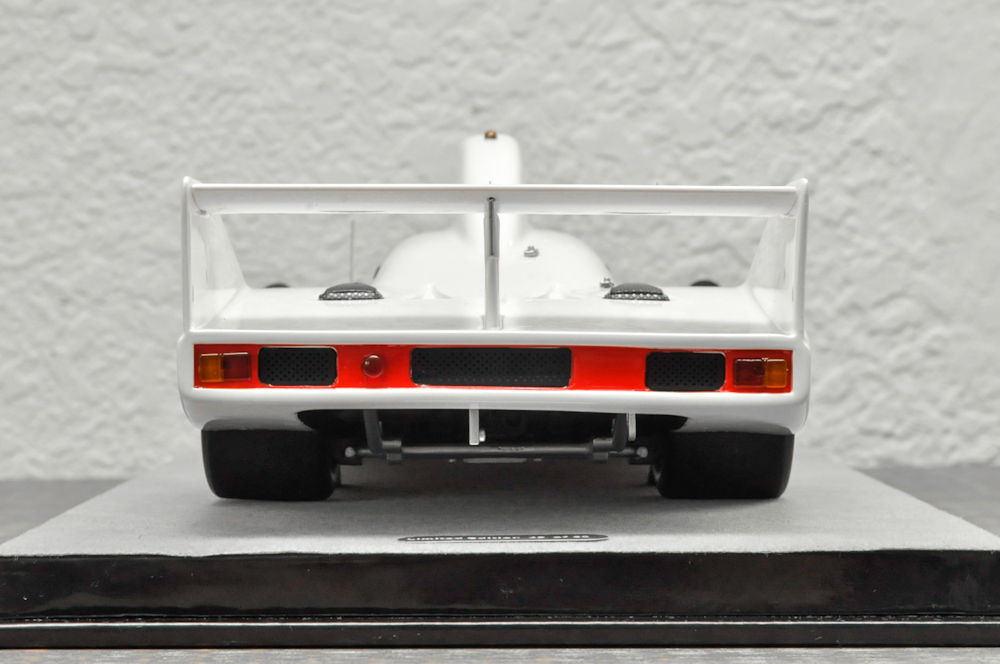 Rear shaping (in general): That sounds like an odd thing to comment about and that’s because it is. I found the rear to be sloping downward and to the right. I don’t know if that’s because the baseplate screws are tighter on one side or because this model was moulded improperly. Either way, it’s visible and annoys me.

Taillights: Of all the details… of ALL the details that Tecnomodel could have screwed up on…  it had to be the taillights. A very noticeable feature on any car, these look cheap and poorly glued on. They aren’t straight or spaced evenly.

Red rear paint: The 936 is highlighted with a touch of red paint on the nose and rear of the car which is a nice feature. Unfortunately, splotches of white paint are visible at the rear conflicting with the red. In my opinion, for $280, you go back and paint over these thin lines of white near the vents. To leave this imperfection is very surprising, especially coming from Tecnomodel. 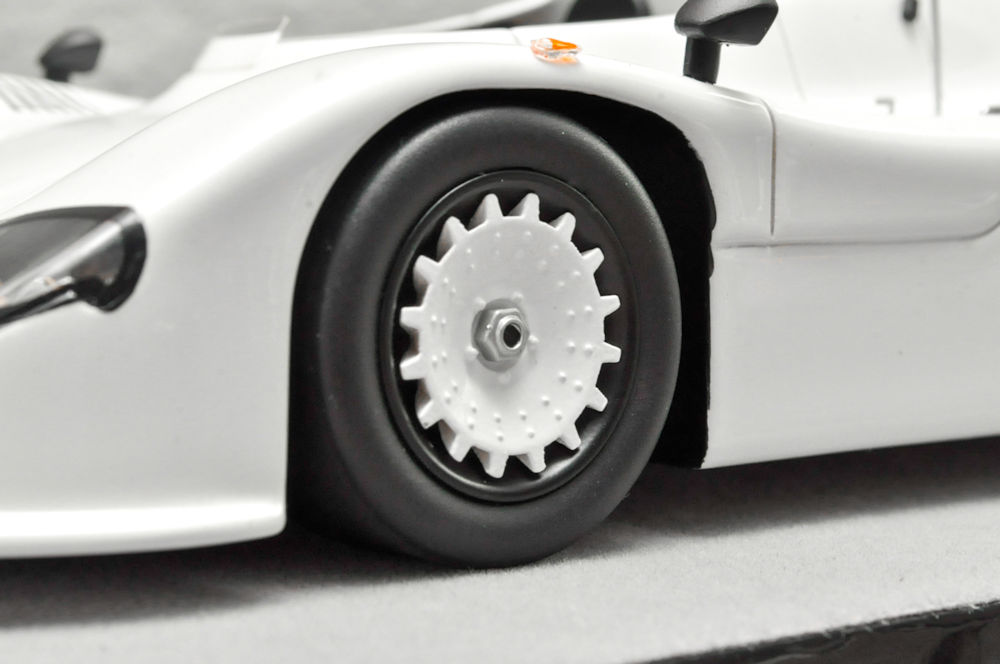 Base plate number plaque: I said I was going to be super picky in the beginning, don’t say you weren’t warned when you read this section. The rear plaque that sits under the humongous spoiler highlights the number of each model built, mine being 48 of the 60 produced. Sadly, the plaque isn’t tacked on tight enough and it moves around if you touch it.

With somewhat gritted teeth, I will say that the Technomodel Porsche 936 has given me a different impression of resin models. In many respects, this model is spectacular. But it isn’t perfect, which is highly unfortunate given the $280 retail price. The faults are very small though and likely wouldn’t be found unless you are as picky as me! So all in all I can easily recommend this iconic car model at the $140 sale price. There’s only one left in both black and white, so act quickly!