I think this is one of the coolest Ferraris from BBR in some time, the new 1:18 Ferrari 208 GTB Turbo.  Based on the images, the car resembles the beauty of the period very well.  The Rosso exterior along side the tan interior is very trademark of the era.  The 208 GTB Turbo will also be offered in a premium version with red base and display over.  Pricing starts at 268.50 Euro.

About the Ferrari 208 GTB Turbo…  “The Supercharging by turbo had already taken hold in the Formula 1 races. The new experiences on circuits were transferred to the 208 GTB Turbo, presented at the Turin Motor Show in 1982. The 2000 cc V8 was the subject of a considerable injection of power: it radically transformed the character of the car, making it capable of lightning acceleration hitherto unthinkable on cars of this displacement. The GTB Turbo was the first Ferrari road to having the turbo supercharging. Thus was born the Ferrari 208 Berlinetta GTB Turbo version. A total of 437 specimens were produced in the 208 GTB Turbo.” 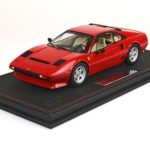 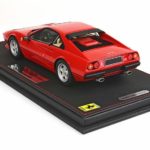 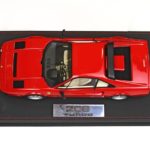 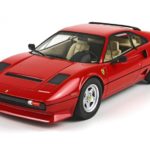 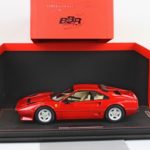 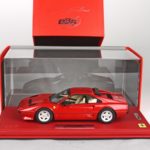