Brumm is issuing three models of the Ferrari 126 CK Turbo as it raced and crashed and the 1981 GP of Canada.  These unique pieces will show the front wing in its various stage of decay.  Each will set you back about 27 Euro.

About the race… “At round 54, Villeneuve’s front wing finally turned backwards. After three laps in which the rider of the prancing horse led virtually without visual, the wing was completely detached, Villeneuve said it was excellent driving and managed to arrive third, favoured by the fact that, when the two regulatory hours were reached, the race was declared concluded with the victory of Jacques Laffite.” 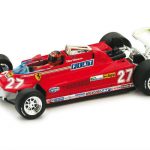 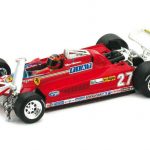 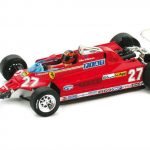