When Chevrolet brought back the Camaro after a number of years absent from the catalogue, the new design, a mix of old and new really resonated with both sides.  Those that grew up during the horsepower wars and those new to the latest incarnation of the Chevrolet Camaro.  Bring forward a ZL1 version and things get a little more interesting.  650 horsepower equates to the best Camaro ever offered?  Well, at least one of the most powerful to come from the factory.  Until recently, there wasn’t much in scale to celebrate this new legend, well, that was until AUTOart came to bat with their version of the 1:18 Chevrolet Camaro ZL1.  This is example is found in Hyper Blue Metallic.

As for the model, it features full 360 access and comes from their composite and diecast series.  A number of colours are available, and as these words are typed most if not all should be available for sale.  Checkout the AUTOart news feed to learn more about the available assortment.  Retail under $200 US.

From an exterior view, we must say AUTOart does hit the mark well with its translation into scale.  The lines and overall exterior correctness is on point.  The Hyper Blue Metallic is much better in person than our primitive photos can define.  Highlights include the motor detailing, one of AUTOart’s better offerings in some time.  If one is expecting every inch of detail of the original car this is not the case.  The optional carbon detail on the hood scoop is a nice touch too.  Rear storage is up to par with quality hinges and full flocking.  This attention to detail translates to the interior as well.  As for the overall results in our opinion the interior is very good.  However, on a negative point, AUTOart continues with their rubber seat-belts that cheapen the model somewhat.  The undercarriage definition is well above average but doesn’t go to the same extremes as other American muscle cars from AUTOart’s past.  Enjoy the pics! 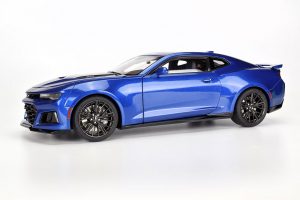 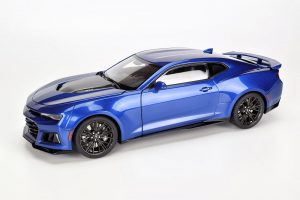 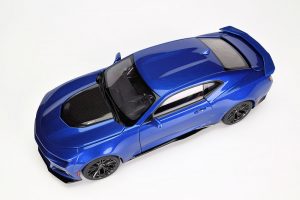 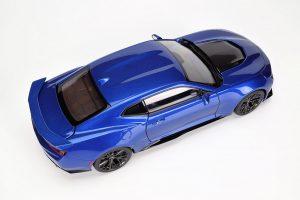 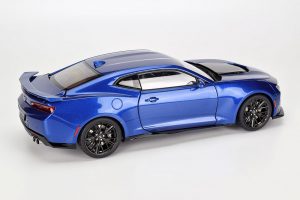 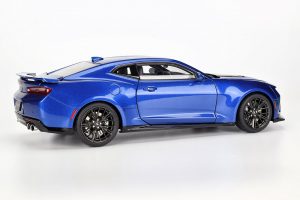 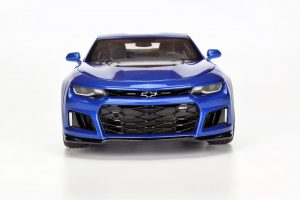 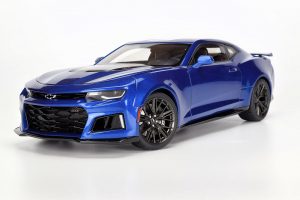 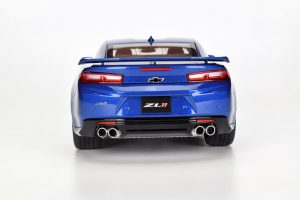 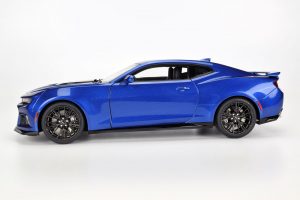 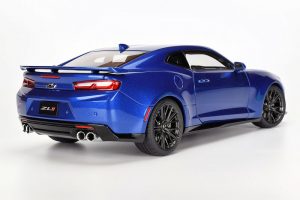 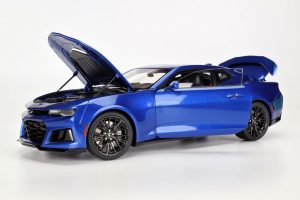 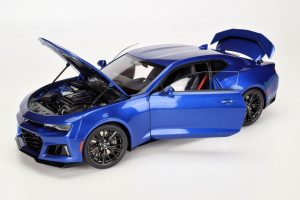 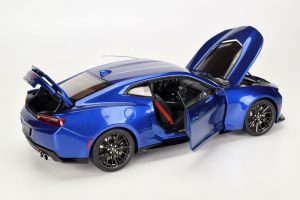 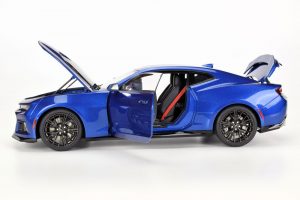 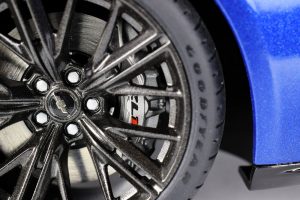 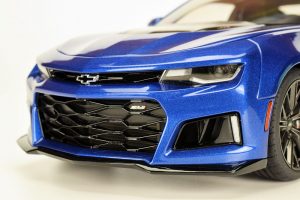 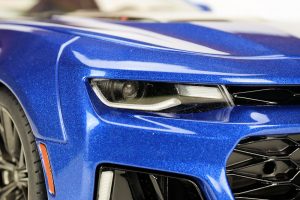 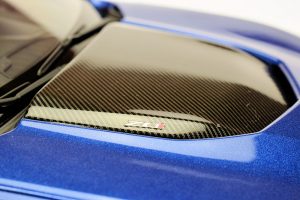 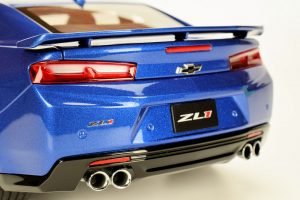 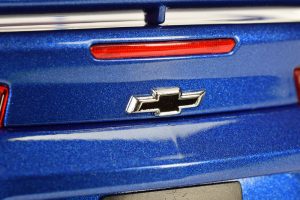 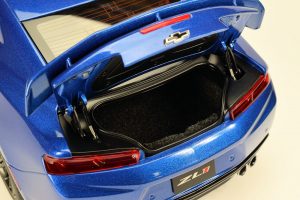 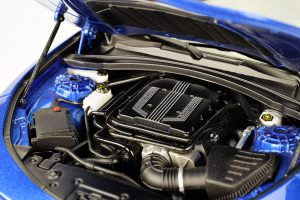 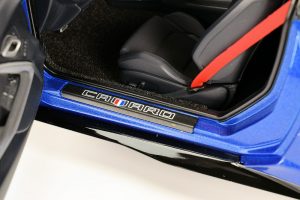 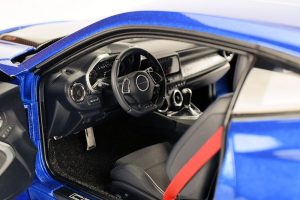 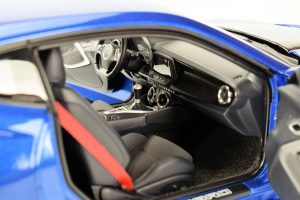 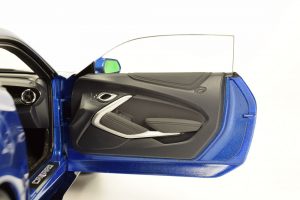