Before Porsche went for the automatic gearboxes and the new engines for the 991 generation GT3, much to the dismay of GT3 fans everywhere, the Mezger engines and manual gearboxes ruled the game. However, the game had to move on, so now the manual gearbox is no longer an option on a GT3. Thankfully, the new car proved to be even faster than the old one, and just as good (if not better) in many other respects. However, before the production of the 997 GT3 ceased, Porsche decided to give it one last hurrah and released this very desirable GT3 RS 4.0. It is an instant future classic, and will command serious prices eventually, as all of them sold out extremely quickly and values have remained depreciation-proof. Naturally, I thought the diecast version was a must-have and here it is before me. In essence, it is almost identical to AUTOart’s 3.8, bar a few details, such as the paint work, the side flaps on the rear wing, and the winglets just aft of the front wheels. Of course the real cars have mechanical differences, which are intangible on the 1:18 replicas. 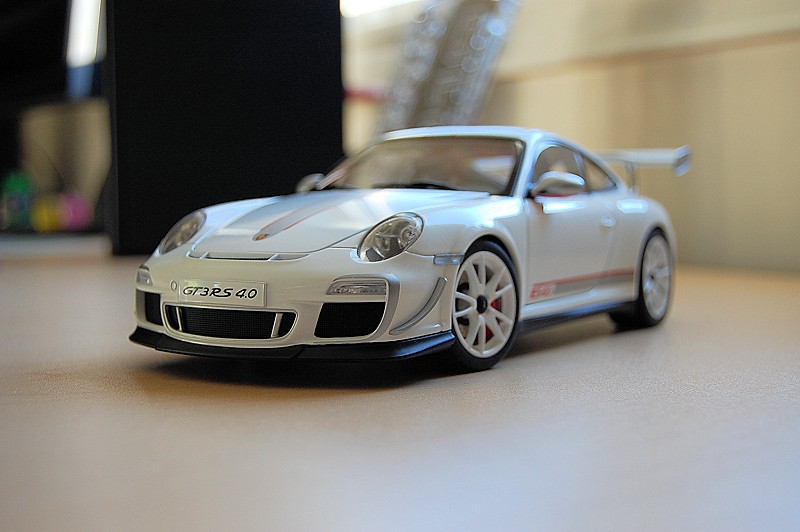 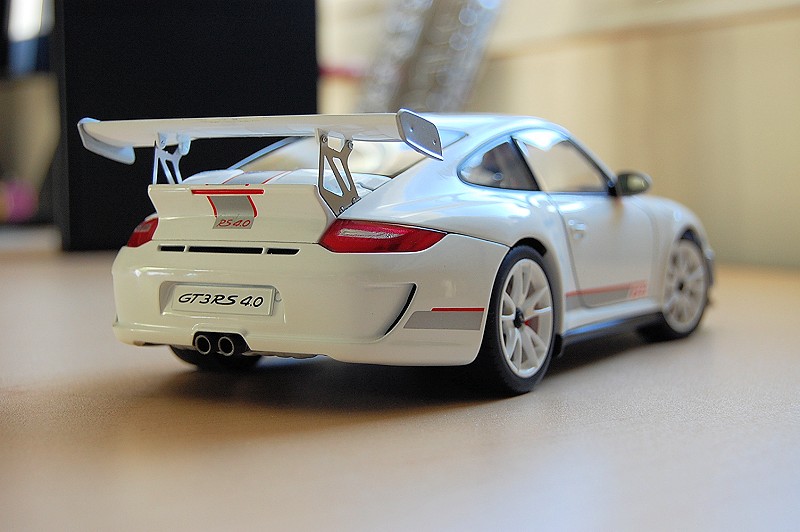 Having said that, the 4.0 is of the same quality as the 3.8, and there are no flaws to report with the paint. The graphics are applied smoothly and cleanly, and the Porsche logo on the hood looks excellent. There are many “RS 4.0” badges throughout the model: on the flanks, engine cover, the license plate, engine, rims, door sills, seats, dashboard, and even at the rear of the cockpit. A bit of an overkill, I’m afraid, but that’s Porsche fanfare for ya. AUTOart remained true to all these small details, which are all present and correct. Even the bottoms of the side view mirrors are painted red like on the original. 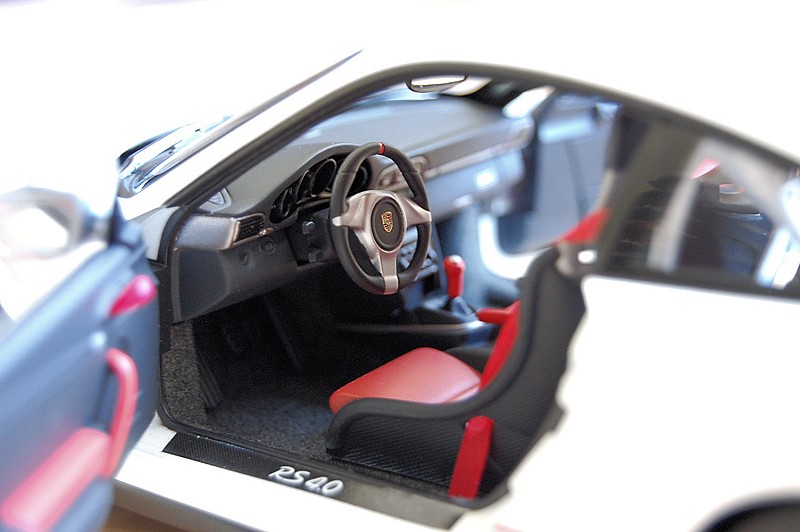 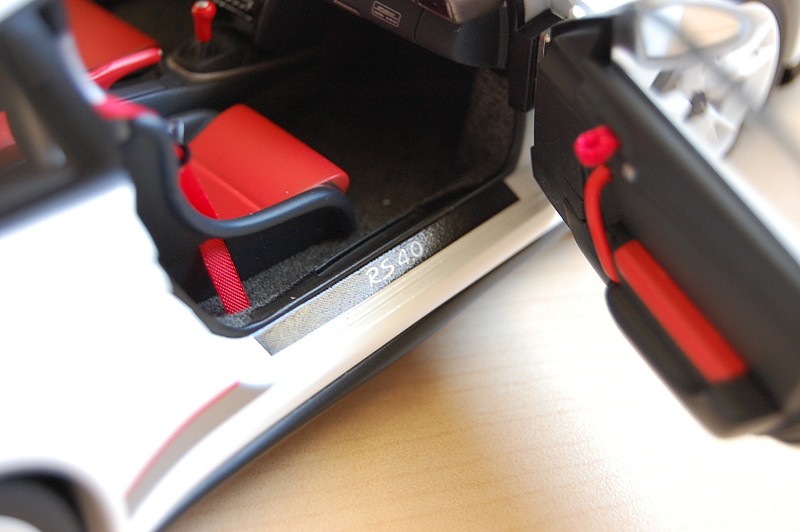 The interior remains true to the original as well, with all of the red details also being red on the model, including the roof lining. I’m extremely pleased with AUTOart for the effort they put into ensuring this model is as close to the original as possible. 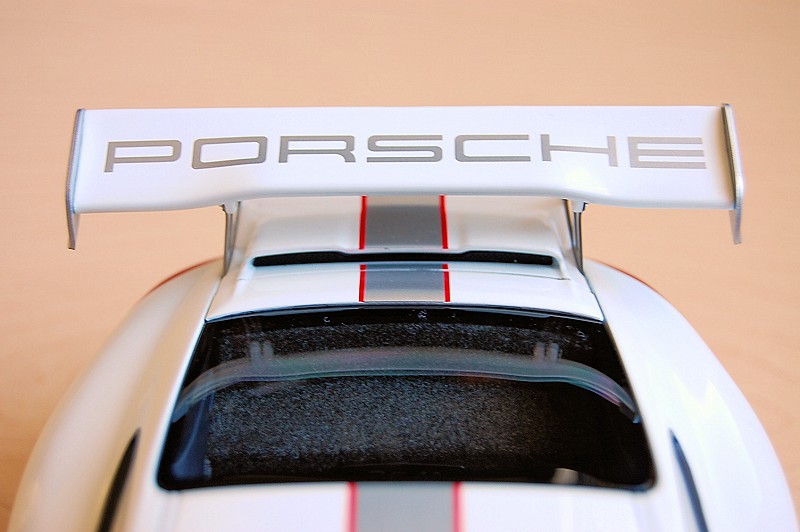 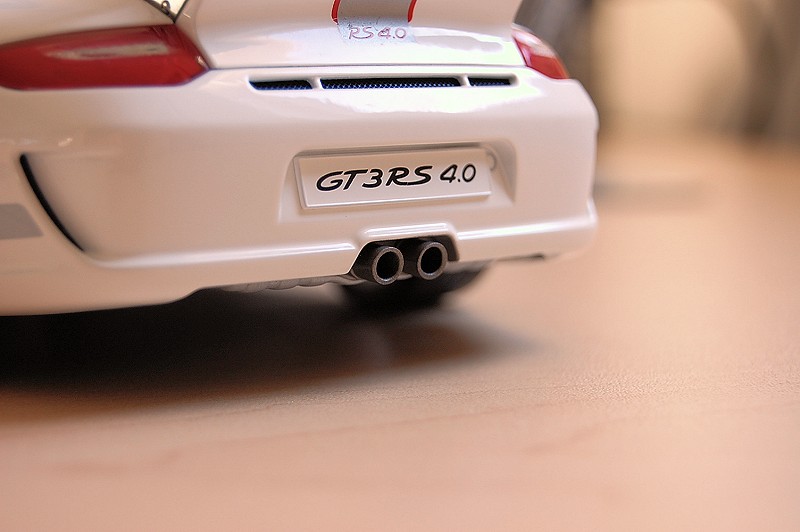 A detail I like in particular is the giant “Porsche” printed on the rear wing. Another difference I spotted between the 4.0 and the 3.8 is that the 4.0 has a different colour exhaust, which is correct, as the exhaust on the 4.0 is freer-flowing than the item on the 3.8. 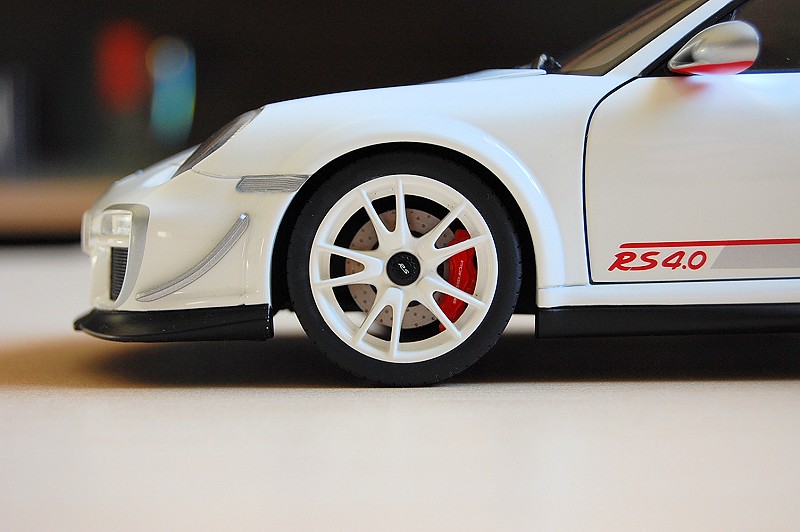 If I had to think hard of any criticisms, I’d mention that the shutlines behind the doors are a touch wide, and some of the smaller grilles are not perforated, and that’s about it. What’s strange is that on this $163 model, the seat-belts are made of fabric, while on the MC12, which costs almost twice as much, they’re plastic. Sometimes AUTOart makes decisions that defy logic. 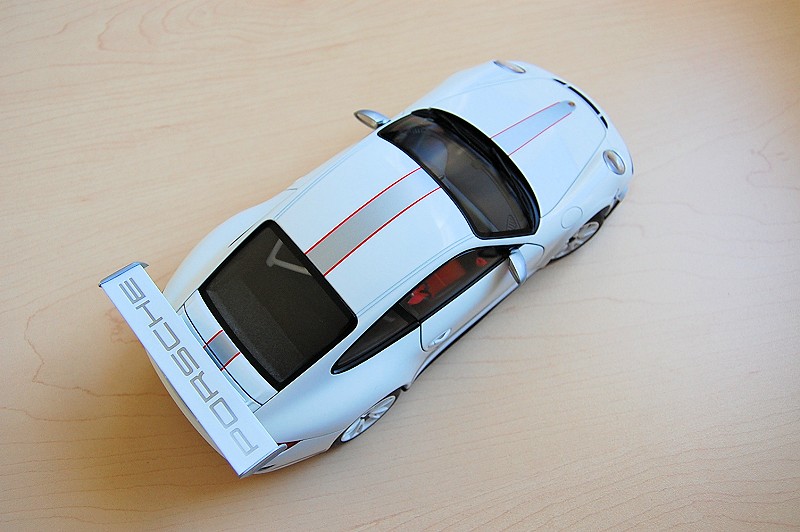 So there you have it. I kept the review short, as many of the points have already been covered in the GT3 RS 3.8 review, which can be found in the Reviews section, under AUTOart. This model is also available in black, orange, and green. Myself, I chose the white as that was the press release colour, and in my opinion, suits it best. It’s a relatively cheap model that ticks most of the boxes and doesn’t pretend to be more than it is. I like it, and being as picky as I am, I think it more than deserves a spot in my collection. 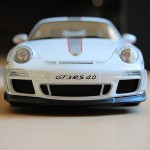 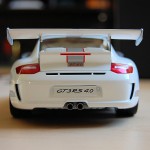 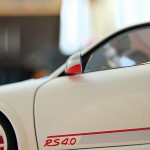 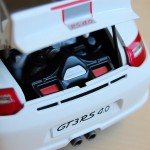 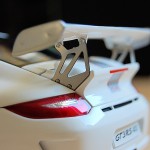 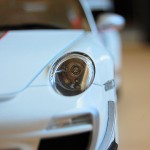 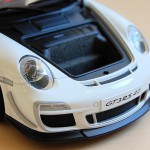 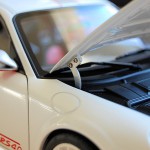 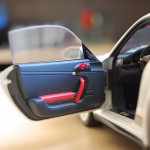 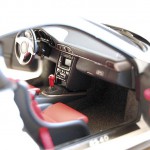 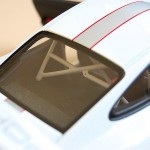 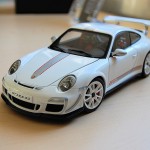 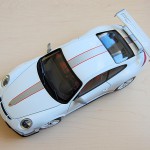 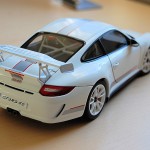 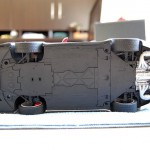 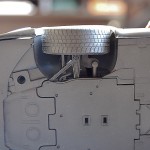 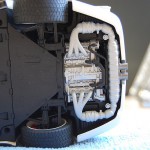