I am sure there are many Ferrari fans on DiecastSociety.com and to satisfy their Ferrari appetite, I will review the GT Spirit Ferrari F50 in red. As all GT Spirit models, it is packaged in a black box with a styrofoam shell with the model screwed in from the bottom. A quality control card is also present to assure the model has passed quality inspection…  or did it? More on that topic later on. 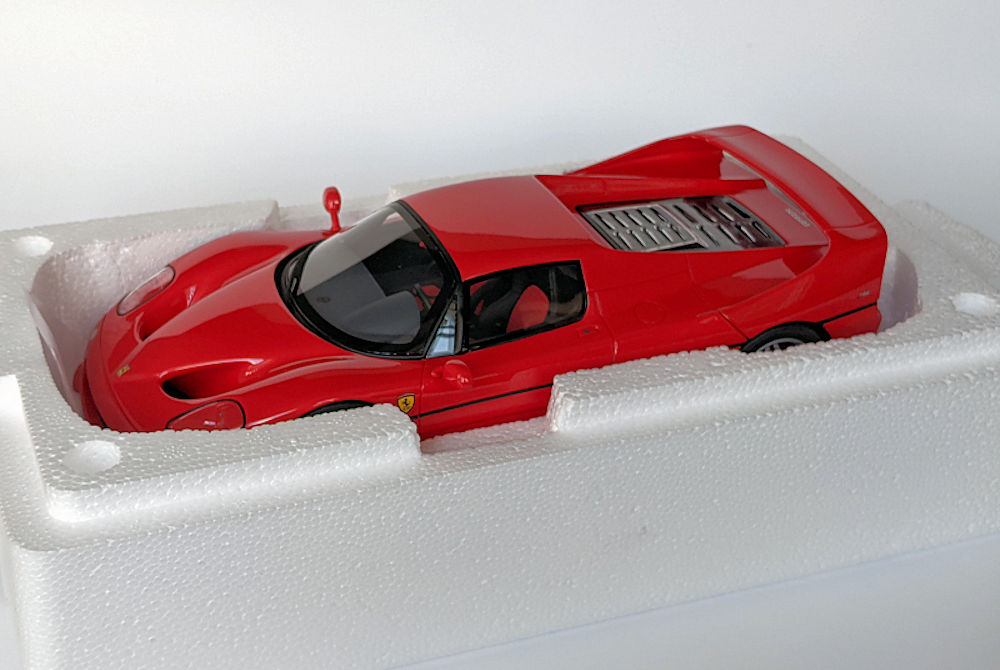 Out of the box, the model has a nice weight to it, with polished red paint to greet you. Red seems to be the most popular colour amongst Ferrari collectors so I think this one will be quite popular. From a distance, the model presents itself very well with good detail for a mid-price range resin miniature.  So how does it stack up when taking a closer look? 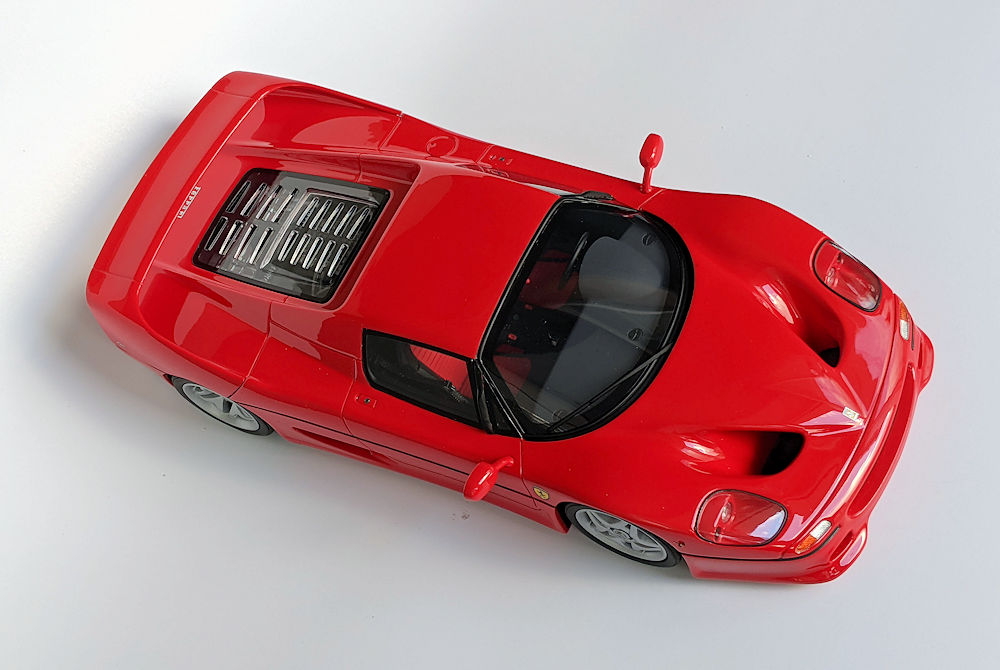 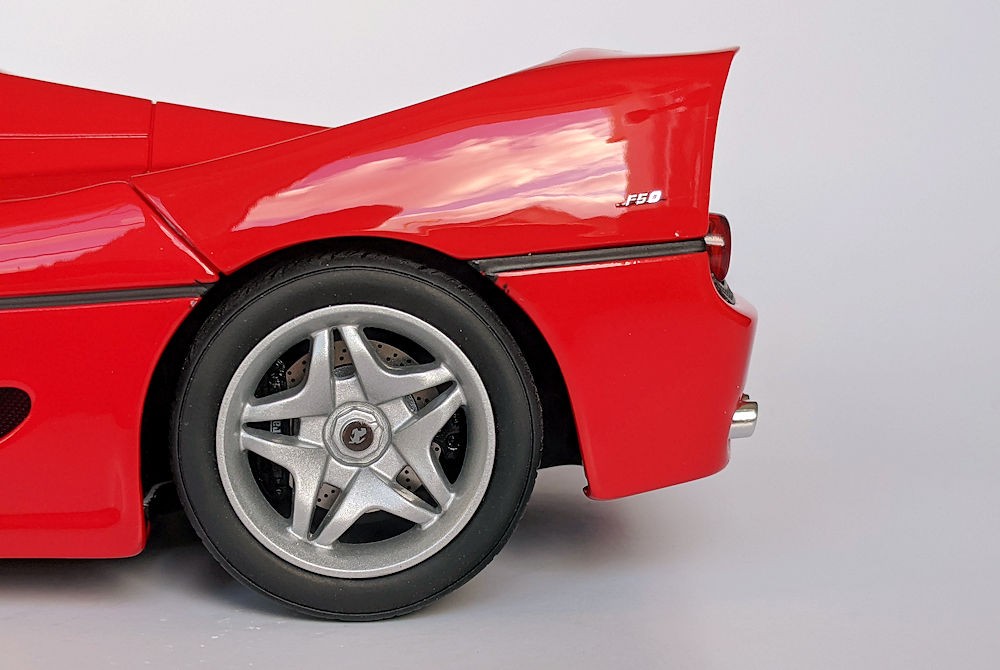 Well, there are a few things that require mentioning here. One of the glaring issues is the sloppy application of black paint in some areas that look as someone accidentally touched the red model with a black paintbrush. The obvious one is black paint marks on the front hood on the top right of the Ferrari symbol. I would like to know how this passed the quality inspection. Is there really an inspection or is the quality card just there to say that it is there? Rather disappointing and should have been caught by the “inspector”. Hopefully, this is just a one-off. Moving along, there are some more sloppy black paint applications evident behind the passenger rear wheel on the bumper – this one I could see being missed. 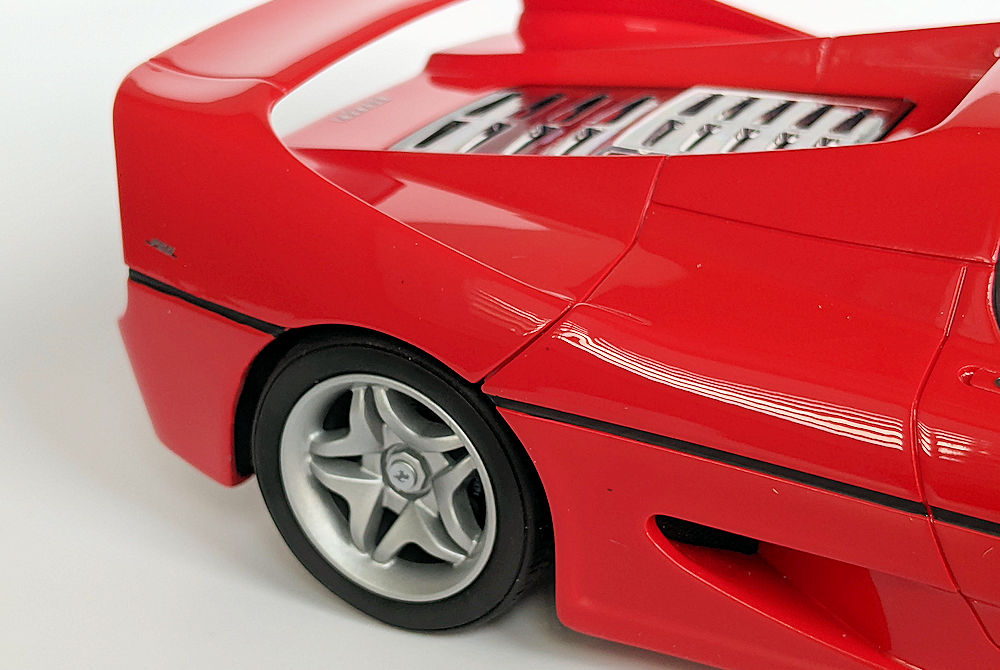 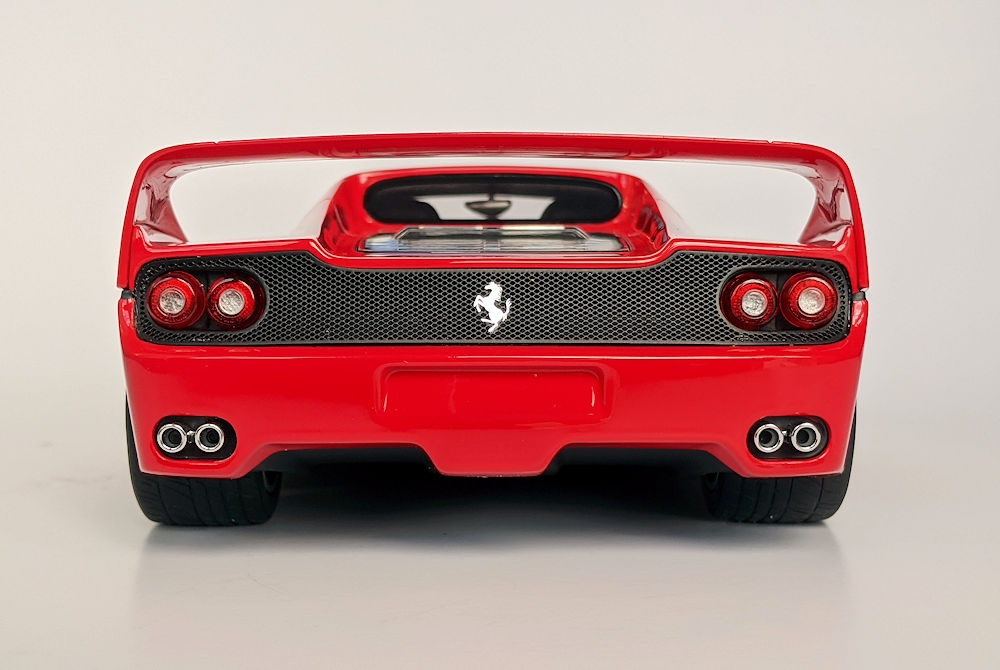 Some of the positive touches – it’s nice to see the round key mechanism on the doors and the F50 designation on the sides of the wing. Perforated mesh grills are present too – GT Spirit is usually on point with this detail. Both front and rear lights look nice and are replicated well, with side turn signals being separate plastic parts (much appreciated). 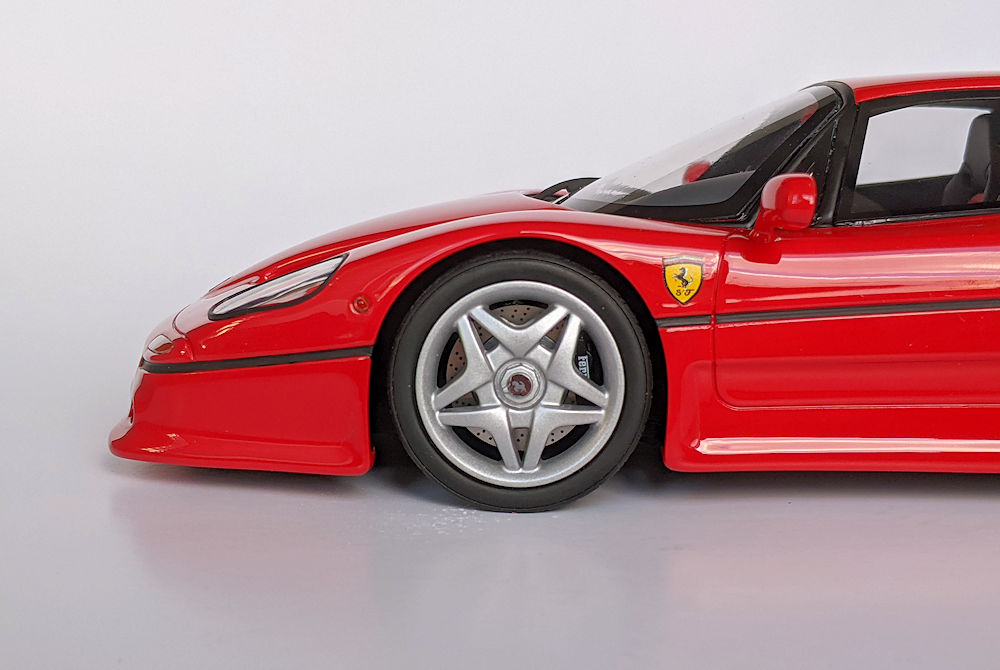 Wheels look good, true to the original with cross-drilled discs and calipers painted in black. The bigger caliper has a Ferrari has written on it – a nice touch. Exhausts tips have depth and a subtle shine to them – no problems here. You can see the top part of the engine through the clear engine cover – true to the original.  Though the depth of detail isn’t one of GT Spirit’s strong points as we’ve seen with past models. 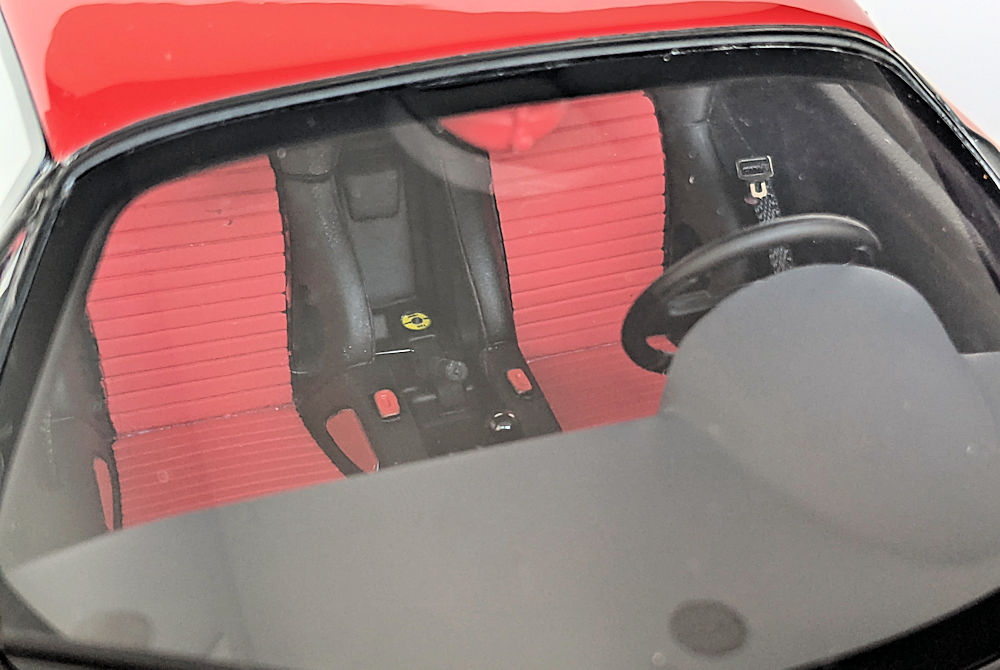 Moving onto the inside – the unusual shape rearview mirror is there which replicates the real car well. Seats are finished in black with a red middle portion giving the model a nice two-tone feel. Seatbelts are present, seat belt buckles have some red paint on top as well. On the passenger side, there is some carbon fibre replicated with the f50 badge on top. The steering wheel has a Ferrari logo and the ignition key area is replicated nicely too. Overall, I think it is more than adequate. 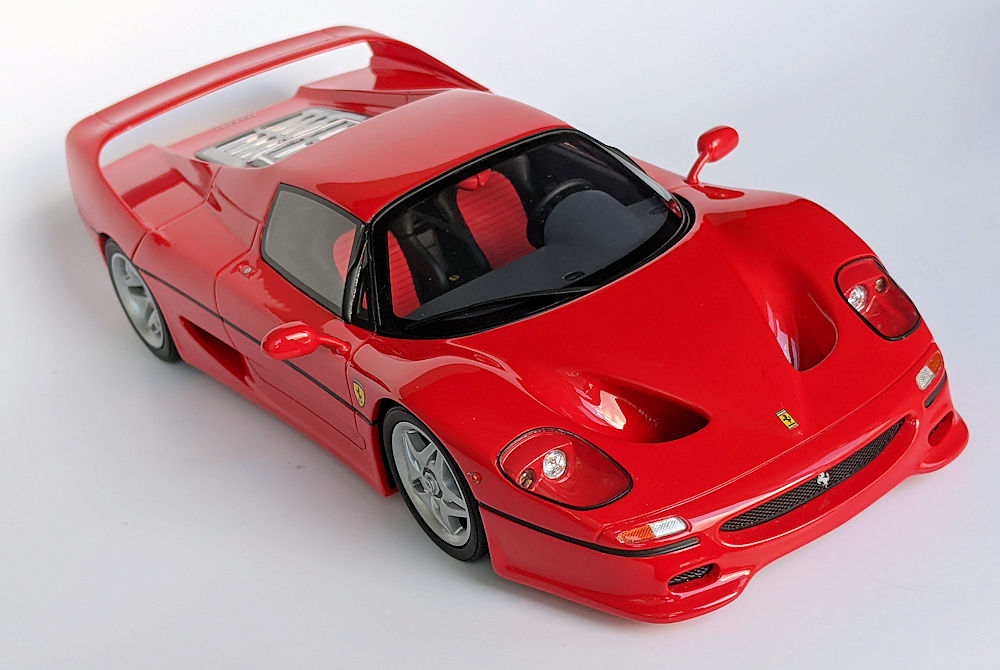 To sum it all up, the model displays itself very beautifully, however, the sloppy black paint marks on the hood should have not passed inspection. Again, hopefully, this is just a one-off and all the other ones produced will be better inspected before they are shipped out to each customer. If you already have an F40 and the Enzo, this model is a must and will park itself surprisingly well between the other two. With only 349 real Ferrari F50 cars produced, this is most likely the closest it will be for most of us to see and appreciate the design of the real one.