Words and photos courtesy of Ravi/diecast

Huayra is an Italian mid-engined sports car produced by Pagani. Succeeding the company’s previous offering, the Zonda, it is named after Huayra-tata, which means “God of the winds”.  The Huayra uses a twin-turbo Mercedes-Benz AMG 60° V-12 engine and a carbotanium monocoque construction.  It also incorporates active aerodynamics.

GTAutos raise their standard with one of their best models to date. What we have here is a premium offering with an individual certificate and special packing. GTAutos are in league with other manufactures who produced the Huayra model, which include Mondo Motors, BBR, MR, and more. The question remains, and that of one from collectors too, how does it measure up to AUTOart’s upcoming release. Let’s find out in this review…

GTAutos have definitely raised the bar on product quality. The paint quality is awesome and you’d be hard-pressed to find any flaws.  The model is painted in a metallic white paint, which I have to say, looks awesome from any angle.  Both headlights and taillights are done very well, especially the reflectors on the taillights – they are sharp and very well detailed, though the reflectors for the turn signal on the front come up a little short as they are painted.

GTAutos have produced one of the best exhaust systems I’ve ever seen on a model to date. Exhaust is finished with bluish tint, while the mainframe and metal quad exhaust complete the package.  Panel gaps are good but alignment near the doors is off, which gives the model a cheap quality feel.  The carbon fiber on roof and bumpers is off scale, a bit too large and shiny for my liking. 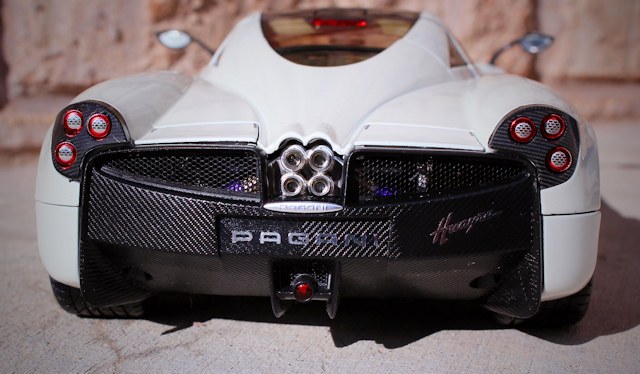 The doors opens on solid mechanisms, and the engineering is very well executed. In fact, the best opening mechanism on any upward opening doors on any model I’ve seen to date.  Doors stay open without issue – Minichamps, you can learn from this. 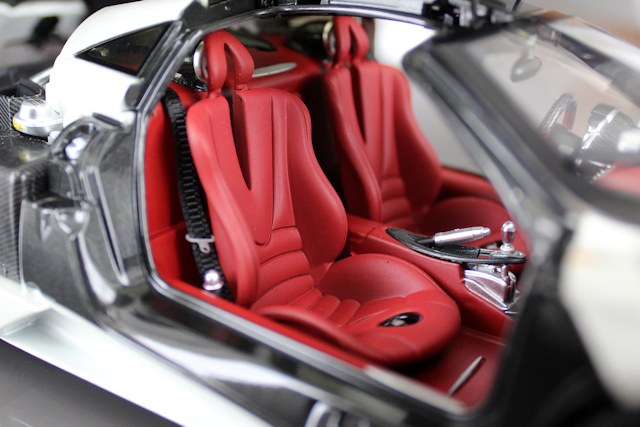 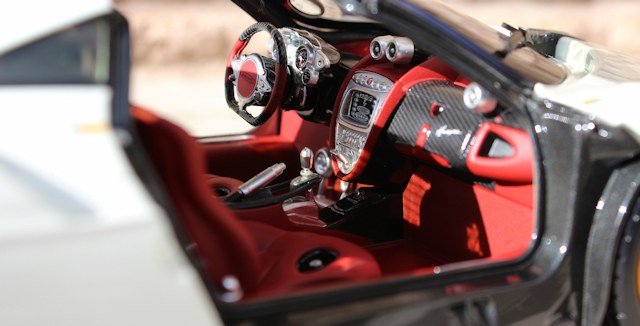 Interior is where the model shows its stripes when compared to a premium brand.  The cheap shiny plastic look and feel of the materials and not so sharp details betray what this models deserves.  Seats are the best part of the interior by far, along with the instrument panel behind the steering wheel.  I don’t understand why GTAutos neglected to add carpeting, again the lack of quality material is a big miss, I wished they had put some extra effort here.

GTAutos did great job on the details of the rims, center hub is very well done.  Big miss is the plastic tires, rubber here would be the desired choice.  The aerodynamic flaps on front and back are operational individually, although I avoid opening them using my finger nail or something similar, for fear of scratching the paint. 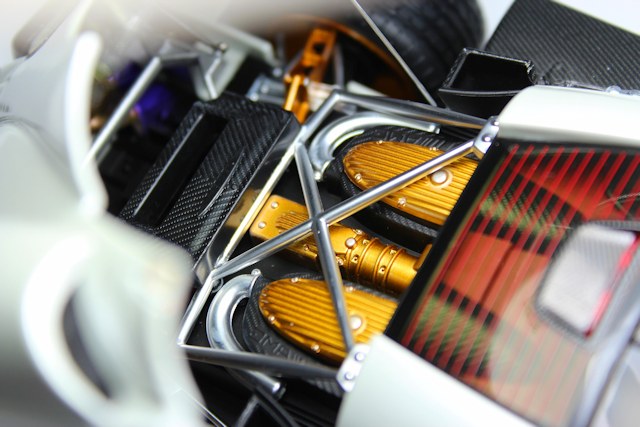 Access to the engine is only allowed when the doors are in the open position.  Compared to the doors, the rear cover is extremely flimsy.  Once the engine cover is in the open position, we have a mixture of good and not so good details.  Quality of materials and execution is suspect in some areas, the extra effort just isn’t here.  Though GTAutos did a great job on the engine roll cage, and suspension (super gold finish is quite striking), but they missed on other engine detail overall.  Plus the look and feel of the other parts is cheap, as the plastic lacks depth.

Overall it’s a great model and features awesome details, but for a collector who wants something more for a special supercar like Huyara, and where Pagani’s team put forward an exceptional effort, driving passion and craftsmanship, this is just a value-for-the-money model for me, and truth be told, I would rather spend more money on the AUTOart version. 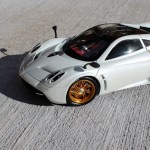 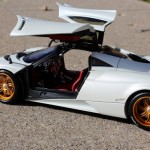 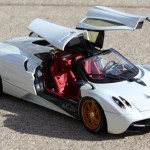 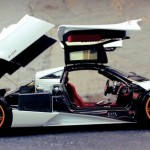 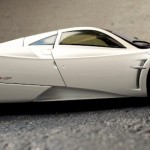 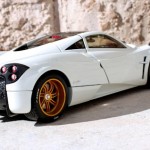 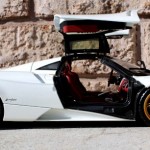 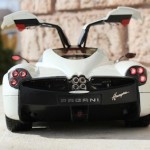