I just recently announced this new model from the Minichamps brand on DiecastSociety.com news feed; a 1:18 scale, Lamborghini Gallardo LP 600+ GT3 presentation car. The initial release was featured in Matt Black, followed a week later by Green, and their latest effort in White. I fell in love with the green at first sight, and since I was in the process of setting up a CK Modelcar order, I decided to take a chance on this last minute addition. The model is completely sealed and made of lightweight composite material, much lighter than your typical resin piece. The green GT3 is noted as a limited edition, one of only 540 pieces, though there is no marking on the model itself or a certificate to authenticate that claim. Good old marketing tool I suspect. So was the 59 Euro or $84CND piece worth it? Read on… 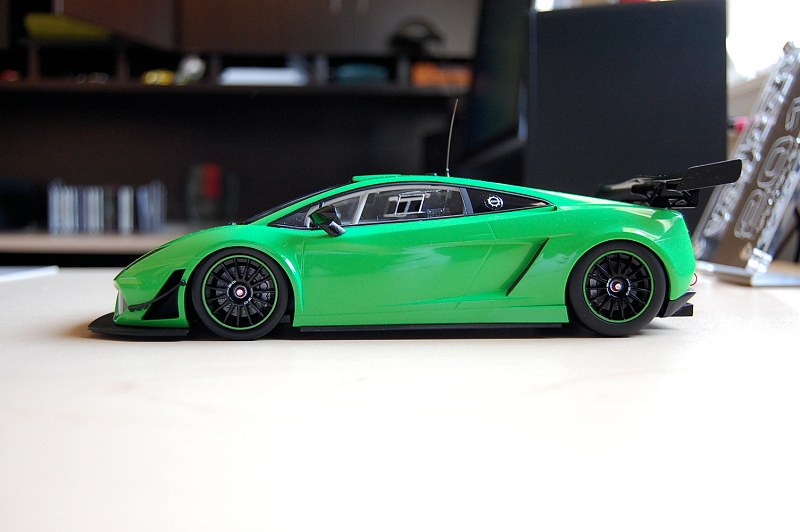 At first glance, the model seems to hit the mark. Picking up the box you realize the overall weight with packaging is extremely light. Three screws later and the model is free from the base to explore. The side profile really captures a very aggressive race car for the street. The striking low stance and massive rear wing are positives for me. There’s not much out there to compare the car to, but thumbs up on the overall exterior lines and execution – it looks good. By no means is everything about it positive, because the model itself feels toy-like. I think most will understand what I mean by that. Air intakes side and rear are produced with a simple decal, very low budget. 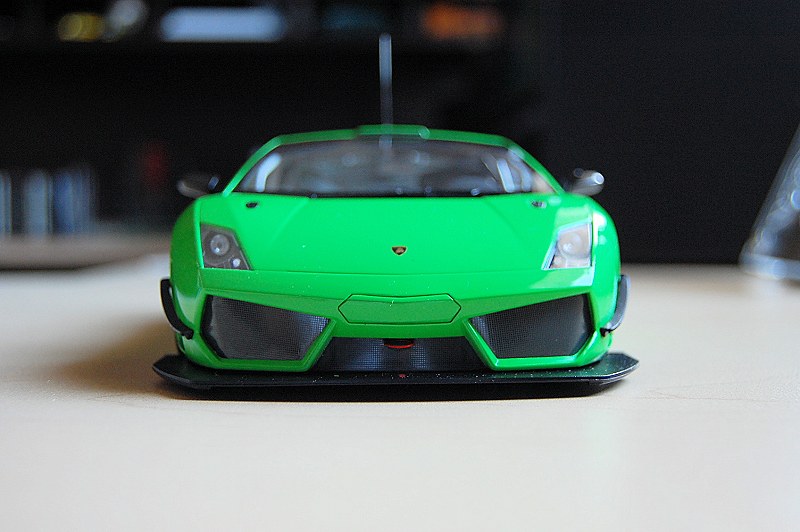 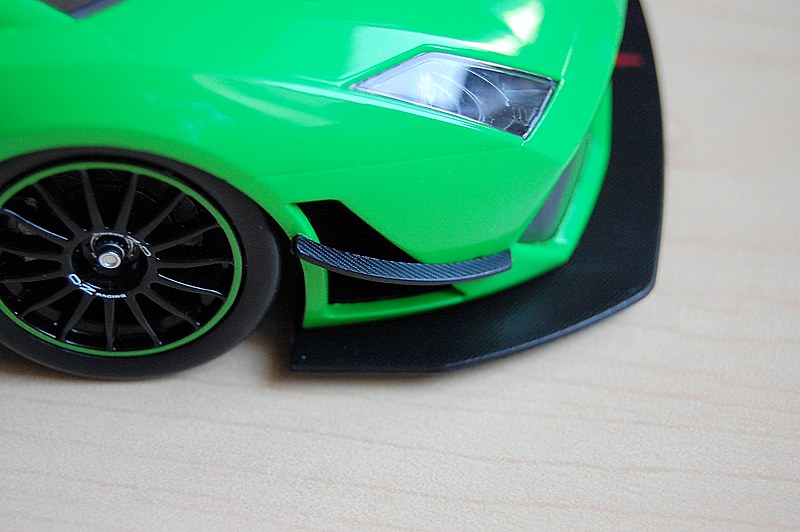 As we shift our focus to the front, you’ll notice the intakes/grilles on the lower bumper. At first I thought they were actually perforated pieces, but they are not, though I have to hand it to Minichamps for their ingenuity.  Instead of covering the front with solid pieces of plastic, they provided a low budget solution by using transparent plastic bits with printed grill pattern throughout. Definitely acceptable based on the price point. You’ll also find a huge lower spoiler and side fins, both of which should resemble carbon fiber, but unfortunately they don’t. Headlights definitely lack definition as well. 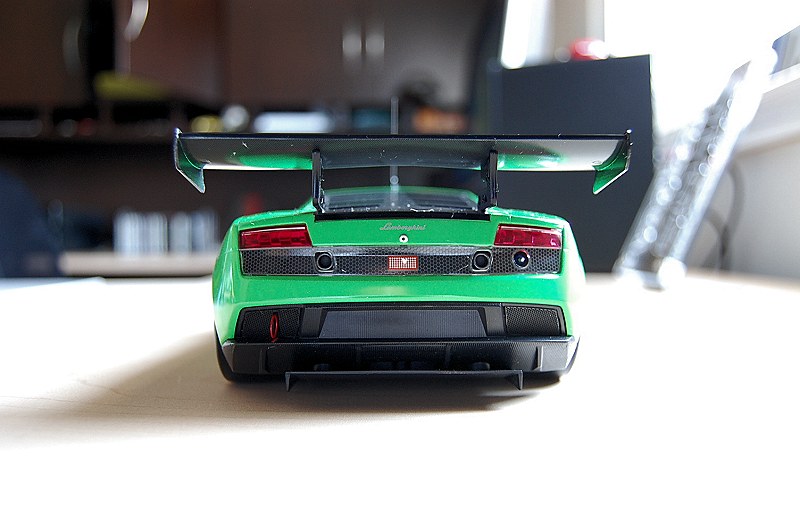 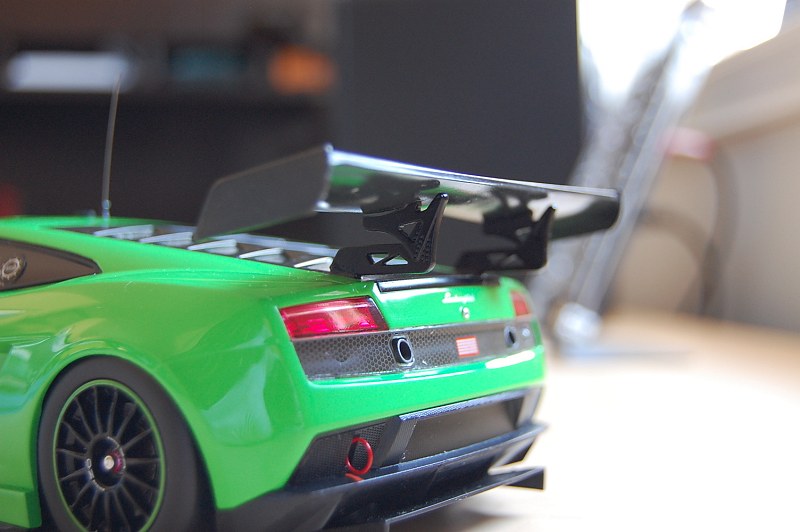 The rear is much like the front. Overall very basic in detail with more transparent, plastic bits engineered to look like perforated metal. The striking rear wing is massive and seems out of scale, but like I said earlier, this is basically a race car in street form. One big gripe is the two supports for the rear spoiler; they just look very cheap and bulky. 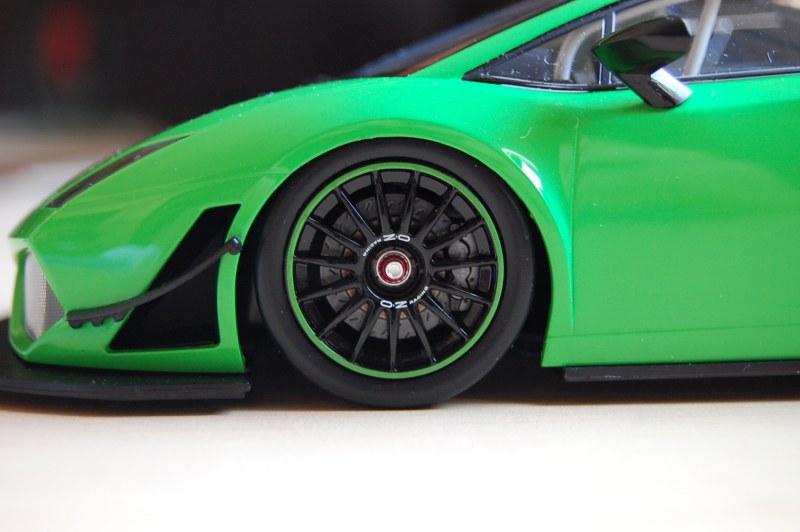 The wheels are surprisingly very nicely executed, as the photo will show. I like the addition of body colour matching stripe around the circumference of the rim, and it’s nice to see the OZ Racing logo with a polished centre nut to complete the package. This is personally my favourite element on the model. 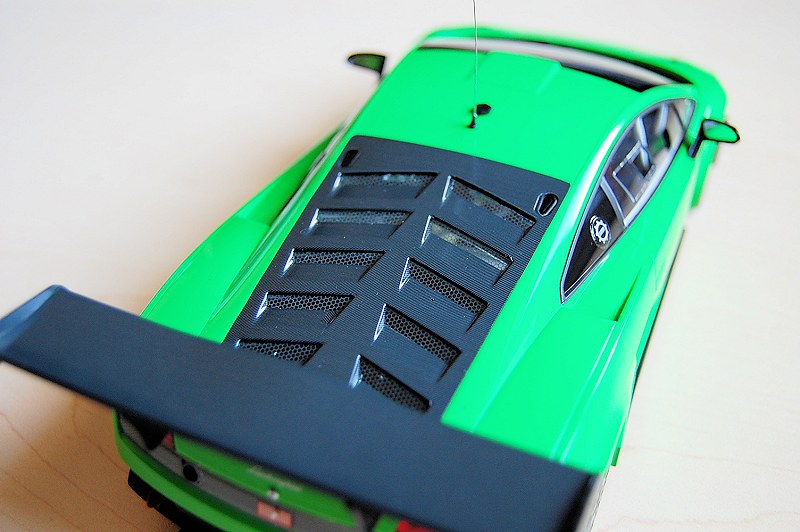 Not much going on in the engine compartment, as this model is sealed. The rear hatch does feature fin-like see-through structures, but unfortunately for us, Minichamps decided not to show us the monster underneath. Another cost saving measure I guess. 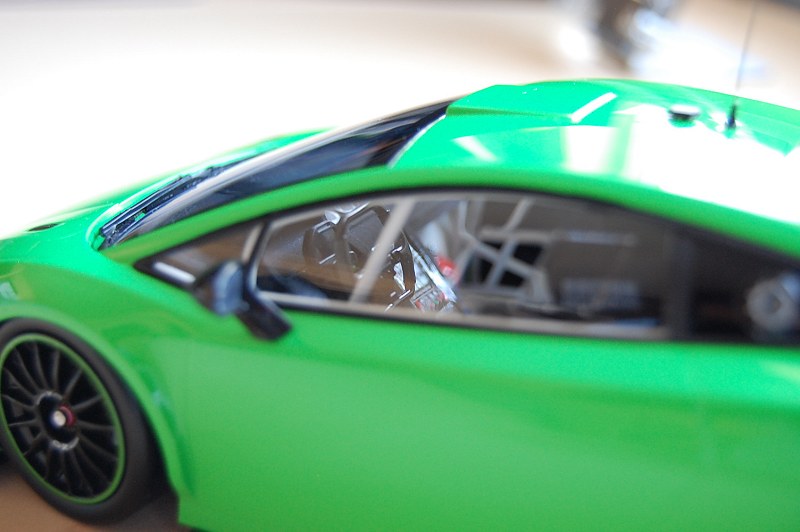 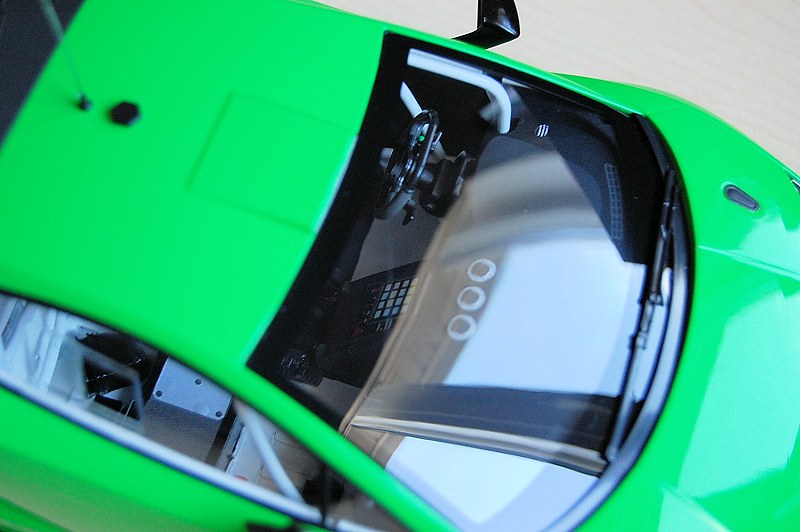 Interior is average at best. There is a lot going on inside but the attention to detail is lacking throughout. For example, no decals for either display on the steering column. There is a textured racing seat, but an incomplete harness, and, under close inspection, cooling vents and other painted bits are lacking refinement. On the positive side, I like how Minichamps replicated the dash – it has a nice textured look. Also, the addition of fire extinguisher and roll-cage added a good level of realism. 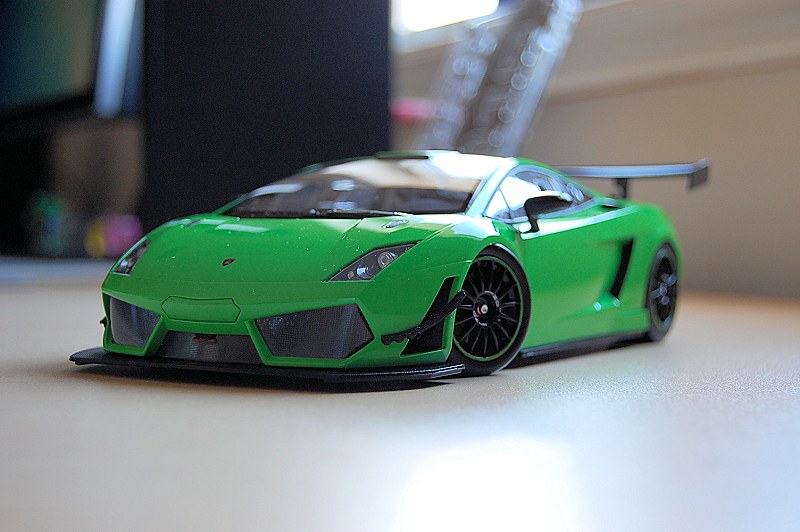 I’m not going to lie, this isn’t the best example of a scale model. Some would call it a toy, rather than a delicate piece of art, but that is justifiable considering the price point. I definitely knew that heading into the purchase, and expectations weren’t set high either upon arrival. Though some will argue that they can purchase a diecast model for $84, and I would not disagree, but where will you find a 1:18 Lamborghini Gallardo LP 600+ GT3? And isn’t it one of the strong points of this hobby to generate something internally, a passion, something on the lines of moving you the way an art piece does? Well, for me, it did! The Minichamps Lamborghini Gallardo LP 600+ GT3 is definitely not the best example in terms of fit and finish, but a more than confident place holder until the day something of better quality comes down the line. Enjoy the pics! 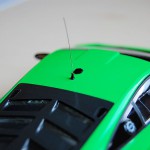 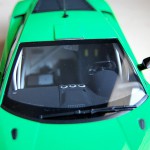 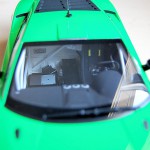 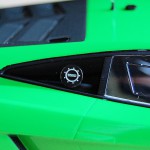 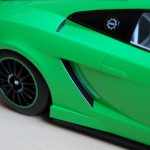 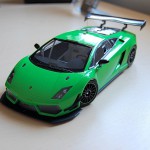 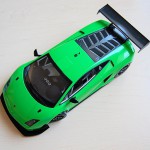 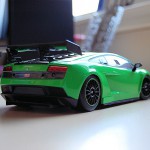 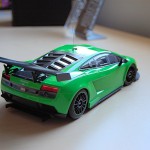 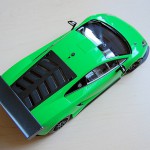 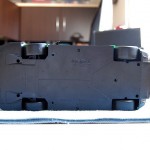 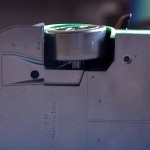 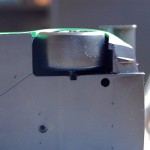