Spark along with Raceland have teamed to offer a limited edition 1:43 BMW 320 Turbo Jägermeister 2° Division 2 DRM Norisring 1979, driven by Markus Höttinger.  This 320 livery car is closed-body and completed in  resin.

About the BMW 320 Turbo Jägermeister…  “Helmut Marko and BMW Motorsport director Jochen Neerpasch had soon discovered the talent of young Austrian Markus Höttinger and supported him in Formula 2 and touring cars. Consequently his Jägermeister Group 5 BMW 320 entered by GS Tuning for the 1979 DRM season was equipped with one of the powerful works turbo engines. But early in the season the 480 hp of the 1.4 litre killed turbo chargers by the dozen. When the problems were sorted by mid-season Höttinger could prove his talent after all.  With a qualifying time of 0.53,32 for the short Norisring city circuit lap he was not only fastest in Division 2 but also faster than all the Div. 1 BMW M1 on the grid! 80,000 spectators were delighted when Höttinger won the start of the race but when he had trouble shifting to second gear Winkelhock passed him and won the race, Höttinger finishing second. On his way to Formula 1 Markus Höttinger was killed one year later at the Hockenheim Formula 2 round.” 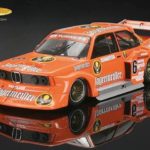 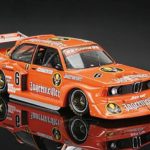 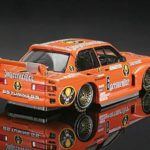 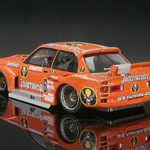