In a recent opportunity with the Vice General Manager of Almost Real,  Huang Weiwei, we asked him a few questions on what the status is for the Almost Real brand in the near future.  The questions encompassed the shift form SUV to supercars, a timeline to market, why the slowness from concept to production, and finally, what is in the near future or distant future for Almost Real? 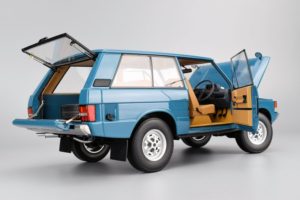 Some questions were answered while others were a subtle tap dance around the topic; LOL we understand not putting all your eggs in one basket… As for the Mercedes-Benz AMG GTR, McLaren P1 GTR and Pagani Huayra Roadster replicas they are still in the works.  Smashing any rumours that plans for the Pagani Huayra Roadster have gone elsewhere.  This is great news!

“The supercar will be our important product line, we also very careful to check the point to release our the first supercar.”

There is no doubt speed to market is the biggest hurdle from a collector perspective. It is frustrating to see their execution in SUV 1:18 scale and not be able to celebrate with a fresh new Huayra Roadster or McLaren F1 with full 360 access.  Seems their focus is more on quality product than speed to market.  We can respect this company pillar.  In the meantime there is more wait, a possible release is targeted for the April China Hobby Show.  Fingers crossed! 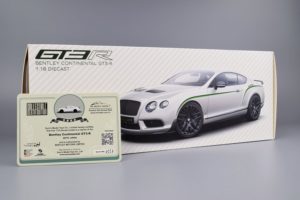 “The first Benz model, it also took our long time to release to the market, so maybe compare the SUV products, the supercar could be a little longer from this April China Hobby Show.”

Unfortunately for us, there was no mention or answer to the question of future projects or what other possible marques are in the works from Almost Real.  Maybe at this point in time, there isn’t.  As their primary focus is completing what has been already confirmed for the last little while.

We’re sure this isn’t the news that some of you wanted to hear, but this is the reality of the business for some.  The positives are here, we know they are still forging ahead with production of these models, and the quality will be on par or better than the currently released assortment.  This gives all of some more time to save our pennies for these future classics!