And the Winner is…

The year 2016 came and went without much fanfare for us collectors. We at Diecast Society felt like it was a mixed year, with some highs, but many more lows. The hobby is in a state of turmoil, and who knows where it’ll head. On the one hand, resin manufacturing is proliferating, and on the other hand, newcomers like the recently announced Almost Real Models show that the opening diecast model has some life in it yet. 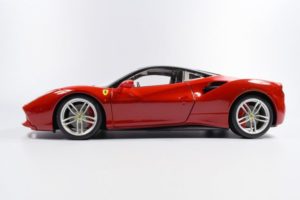 Having said that, the Model of the Year competition was the hottest one we’ve ever had. We’ve received a whopping 5000 + votes, so thank you voters for letting your voice be heard. The lead was swapped several times, and at the end of it all, certain conclusions are as clear as day.

The fight for first place was fierce, with the sensational CMC Mercedes LO 2750 transporter leading for the most part. However, in the eleventh hour, after slowly creeping up through the weeks, the humble Bburago Ferrari 488 GTB gave all the other manufacturers a bloody nose, stealing the title by just over 50 votes. The collectors have spoken – the underdog is still very much valued. It certainly helps that it’s a Ferrari, but it also underlines the disappointment collectors feel after the departure of the splendid Hot Wheels Elite Ferrari models. We definitely see the potential in the Bburago Signature line, and are watching it to see what will come next. 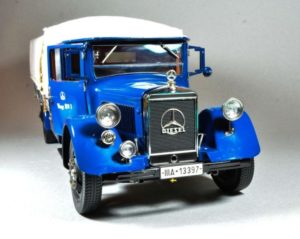 The CMC transporter is a masterpiece, as was expected, and did extremely well, considering it’s very much a niche product. The next three spots were firmly occupied by Autoart models, with the awesome Mercedes G63 AMG 6×6 leading the pack with its cool looks and functional suspension. An honorable mention goes to the Honda RA272 for being a proper signature model with jaw-dropping detail. It had my vote.

The MR Collection Bugatti Chiron leads the second half of the bunch, and comes first as a resin and sealed model, leading the very popular GT Spirit Porsches by RWB and Singer. Sealed models failing to crack the top five is a recurring theme, and underlines the preference of the majority of the collectors. 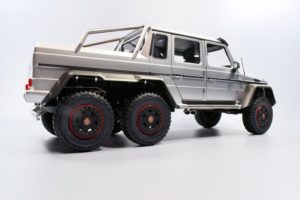 The Schuco Cayman GT4 split the two GT Spirit Porsches, and was a well-received model overall. Minikraft’s RS7 was a pleasant (albeit pricey) surprise as well. The excellent Kyosho Bentayga and the unique Ariel Atom V8 by Soul Models round out the dozen finalists.

With the Nuremburg Toy Fair around the corner, expectations and excitement are palpable in the collector community. We’re looking forward to the reveals, and keeping our fingers crossed that we’ll see some long awaited wish list models. Thanks for your votes, and as always, stay with DiecastSociety.com for the latest!