Words and photos courtesy of AUTOart

The century-old Pikes Peak International Hill Climb is a unique motorsports event, a 19.99-kilometer (12.42 miles) ascent from the shady green pines of the Pike National Forest to the boulder-strewn heights of the highest summit in the southern Front Range of the Rocky Mountains. The treacherous 156-corner route starts at an altitude of 2,865 meters (9,400 feet) and reaches 4,301 meters (14,110 feet), and has challenged drivers and car builders to their limit ever since the first event was held in 1916. 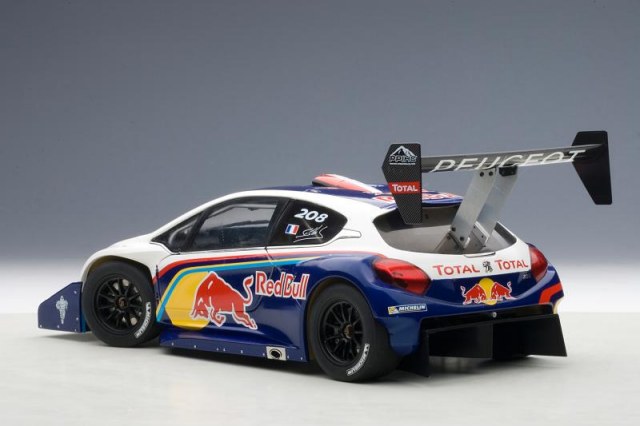 That first year, Rea Wentz set the original pace with a time of nearly 21 minutes in his Romano Demon Special, and for 95 years the speeds improved on the all-dirt course. But in 2012, the last dirt sections were finally paved, and the event’s switch to full slick tires makes the PPIHC a very different beast from what it once was. The changes have brought fresh blood and new ideas, as well as brought back some old competitors such as Peugeot, who competed in the late 1980s with wildly winged and modified Group B rally cars.

Following the running on June 30, 2013, it felt like Pikes Peak had reached a new beginning, thanks in part to the driving talents of nine-time World Rally Champion Sébastien Loeb and his Peugeot 208T16. 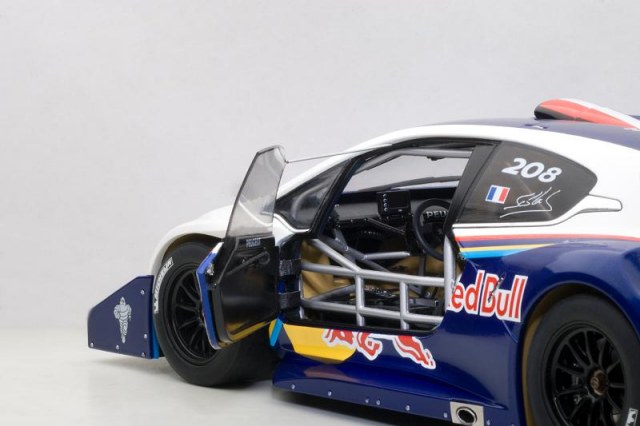 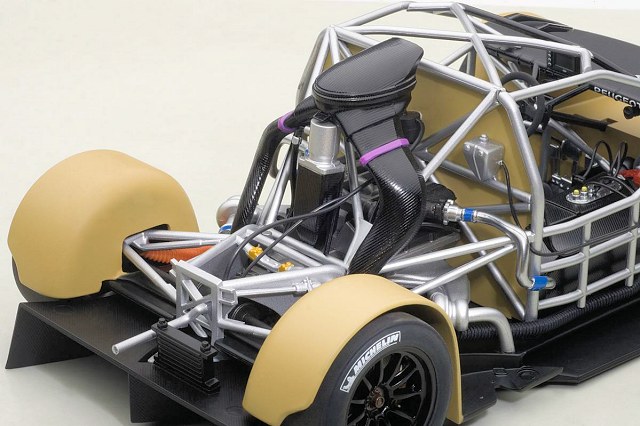 Peugeot Sport tapped into its WRC resources for the transmission, integrating a six-speed sequential gearbox in a longitudinal position and equipping it with steering-column-mounted paddle shifters. 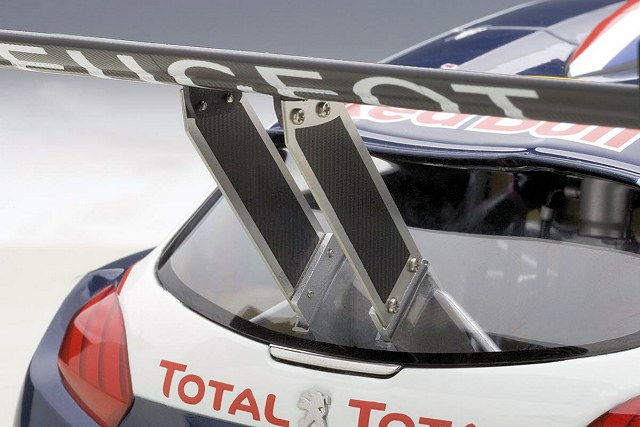 The 18×13-inch OZ magnesium wheels at all four corners mount 31/71×18 racing slicks with special rubber compound that Michelin designed and manufactured exclusively for the 208 T16 and the record-chasing challenge. 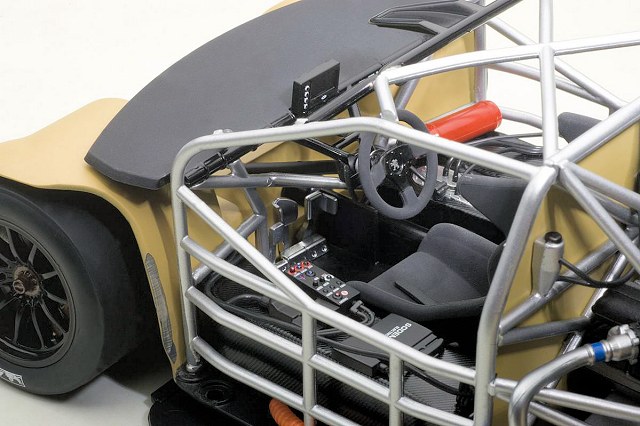 An intricate web of 4,130 steel bars form both the chassis and the occupant cell, as well as support other devices such as the steering mechanism. For optimum weight distribution, ancillary devices are spread evenly around the cockpit and, as with every other Pikes Peak Unlimited class car, the driver seat is mounted closer to the center position. 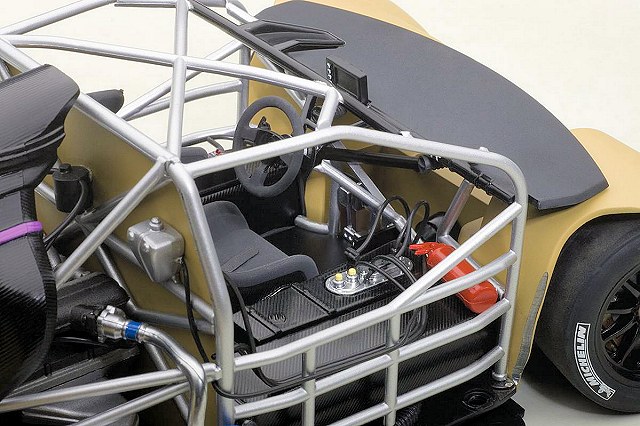 The car could accelerate from zero to 100km/h (62mph) in 1.8 seconds, faster than a modern Formula-1 car, and zero to 200km/h (124mph) in 4.8 seconds. With speeds on the hill ranging between 50km/h (31mph) at the tight hairpin turns, through to 240km/h (150mph) on the longer straights, the aerodynamic aspect of the build was hugely important. Peugeot Sport turned to Exa Corporation and its PowerFLOW simulation software to fully maximize the performance of the T16’s downforce aids. Underneath the car is a full-length carbon fiber undertray diffuser, where almost half of the 208 T16’s downforce is generated. 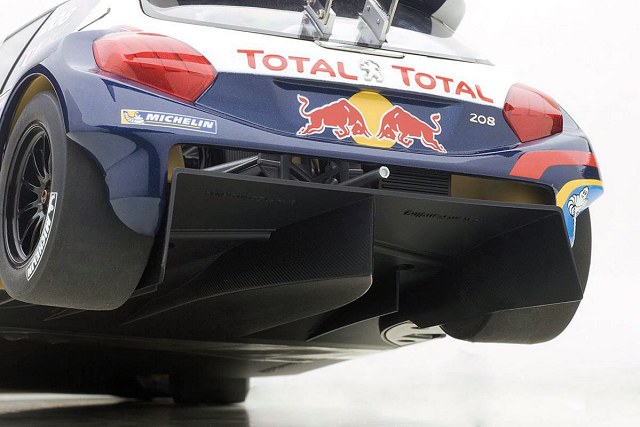 Loeb in the 208 T16 stormed the mountain in 2013 in the Unlimited Class. It’s been said that his overall record time of 8 minutes, 13.878 seconds may never be broken. Given that overall second-place finisher and 2012 PPIHC winner Rhys Millen finished more than 50 seconds behind Loeb, if the day does come when the record falls, it might be some time off. According to Peugeot Sport, there is no plan to return to attempt to raise the bar even further. For now, though, the feat by one man and his wild machine on June 30, 2013 goes down in the history books as one of the greatest achievements in motor racing. 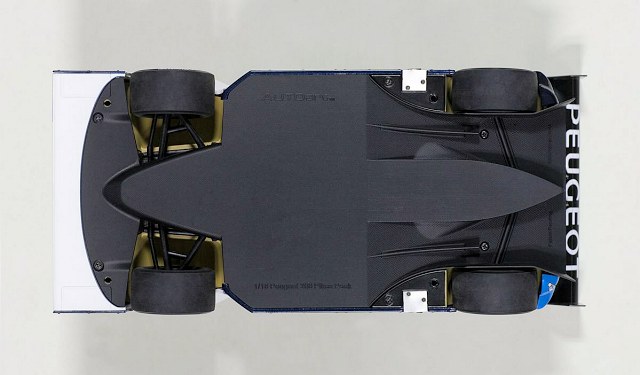 Recognizing the significance of Loeb’s achievement, AUTOart now crafts this 1/18th-scale model of the 208 T16 under its Composite Die Cast series. The body is fabricated with a composite plastic and uses a die-cast metal inner frame for structural integrity, much as the real car is made. The model features two opening doors to reveal the exquisitely detailed cockpit, including its intricate roll-cage. The mid-mounted engine behind the seats is also fully detailed. Photo-etched metal parts are used extensively in the model to replicate the features of the real car as much as possible.