Words and photos courtesy of AUTOart

AUTOart is excited to announce the introduction of a new concept for the production of fine-scale model cars. Our latest innovation is composite models, or exquisitely crafted replicas made from a hybrid of different materials that have been selected and engineered to produce both the supreme finish detail and high value our collectors demand. Model making will never be the same.

In our composite models, we pair a die-cast interior with a newly developed injection Acrylonitrile butadiene styrene (ABS), a thermoplastic polymer with special blend of different materials for reinforcement of the body, utilizing the benefits of both materials to create the highest quality models our company has ever produced.

Injection ABS composite material has shown itself to be an ideal material to form the body of a model car. Compared to our old body material, die-cast zinc, injected-ABS composite material surfaces, with correct formulation, are smoother and the bodylines and creases are sharper. The openings for vents and holes are also reproduced more cleanly, and the panels can be much thinner when rendered in ABS composite material than in zinc alloy. That makes the finished body closer to the true scale gauge of real car bodies, which today are made of a mix of thin sheet metal and different kinds of plastic moldings. 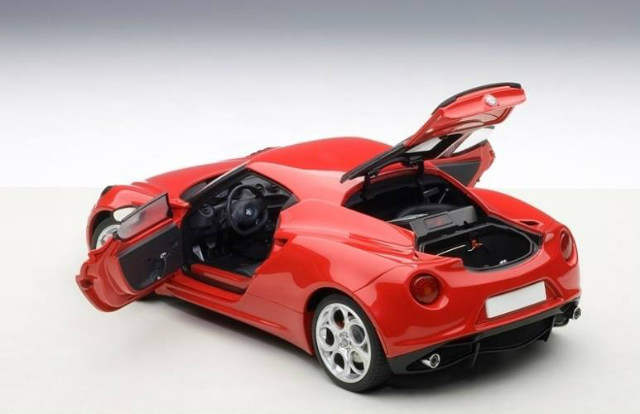 AUTOart’s move to a composite model comes as injection- ABS composite parts become more widely used in the production of modern full-scale automobiles. Fenders, tailgates, bumpers, and body panels are now routinely made of ABS with different composition, and are just as durable if not more so than their metal counterparts in terms of esthetic and structural rigidity. Plus, ABS components will never corrode. Even the chrome-plated trim pieces we see on modern car interiors, including door handles that are pulled constantly, are made of ABS in way as to simulate metal parts. Composite bodies and structures are also becoming the norm in modern supercar manufacturing, and there, the structural rigidity is even better than that of sheet metal. 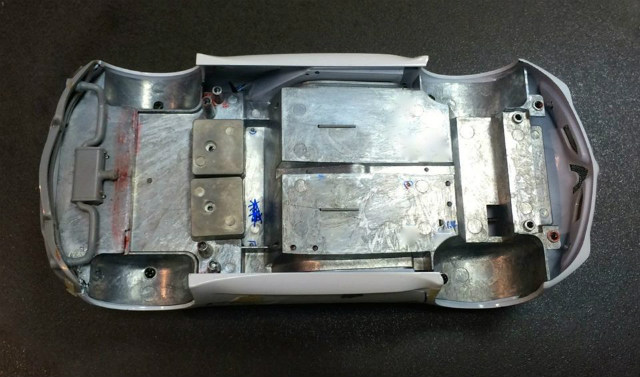 At the same time, we know that a model’s heft is important to collectors, and the average weight of our composite models with their die-cast interiors is not much less to the weight of a zinc alloy die-cast body model car. In other words, the composite model feels as good to the hands as our metal ones.

Though some model makers have turned to resin to replace die-cast metal for the body, we feel that ABS, with correct blending of reinforcement materials, has too many benefits over resin, especially in the reproduction of fine details. Resin and ABS are both a by-product of crude oil, but resin models can be fragile, breaking or deforming easily when they are not handled with care. That’s because resin doesn’t flex like ABS, nor is it as rigid as a die-cast body. Because of these weaknesses, resin models are mostly made as sealed bodies with no openings. Some recent resin models with opening doors and bonnets demanded a very high price, because the producer had to make some parts of the body, including the doors and bonnets, in ABS rather than resin. That’s because resin is brittle and breaks easily, and it is not possible to install the small hinges that movable panels require without risking a failure of the resin after just a few openings and closings.

We also discovered in substituting ABS composite for die-cast zinc that the common quality issue of air bubbles, or so called “rashes” or “zinc-pest”, on the paint surface of a die-cast metal body caused by trapped air during the casting process, is rarely a problem. ABS doesn’t trap hot gasses as easily as zinc during the injection process, and that cuts the defect and scrap rate of painted bodies. 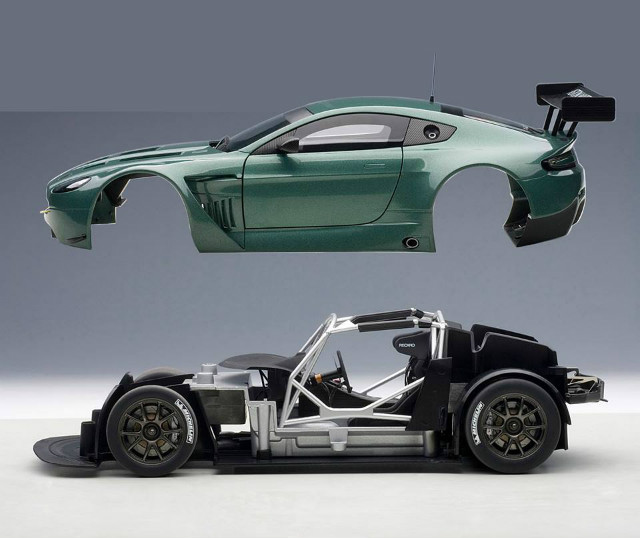 Our composite models differ from the usual low-cost plastic and resin model cars seen on the market, which have sealed bodies and no openings or excessive detail. AUTOart’s composite models are not sealed, but have full array of working closure panels, including doors on all models and engine bonnets on many subjects.

Replicating opening doors and bonnets on a composite model has been a challenge for AUTOart’s engineers, because a body made of ABS, despite blended with reinforced material, is generally not rigid enough. It tends to flex and deform under twisting or compression. If such a model is made featuring opening doors, the doors will pop loose under flexing and they will not close properly once the body is slightly deformed. This is the reason why low-cost plastic model cars are traditionally made without opening doors and bonnets.

In order to make the whole composite body rigid enough, we pair it with a die cast interior that is designed to support the body in all the areas that need to be strengthened. With a metal interior, the whole composite body becomes rigid, which is no different than the concept behind a die-cast metal body and even many real cars. The reinforced composite body will not flex easily and will never deform, and doors and bonnets will always open and close in the same position. Also, as a bonus, the finished model’s door gaps are finer when rendered in composite material than in die-cast zinc. 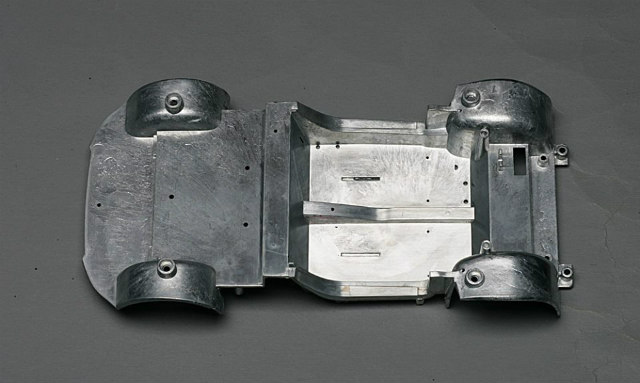 The concept of an internal structure is very much inspired by modern supercars, in which a very rigid carbon fiber tub supports all the external lightweight bodywork. Other than the rigidity issue with ABS composite, which AUTOart has overcome with its mix of materials, a composite body is better in almost every aspect when making a model car body.

When the composite model is finished and compared to older die-cast zinc replicas, most collectors cannot tell that the body is made of composite material unless they look closely at the bodylines and creases, which are even sharper and just as focused as those on resin models that sell for much higher prices.

AUTOart’s unique design for its next generation of model cars, which combines the benefits of composite bodies with die-cast zinc interiors, is patent pending.