Top Marques gives us a close-up view at the newly painted pre-production 1:18 Maserati Khamsin.  This classic tourer stretched its legs for almost ten years, mid seventies on.  Finished in a Dark Blue with tan interior, it is a perfect balance of subtle and cool.  Model should be release before the end of Q3 2015.

About the Maserati Khamsin…  “The Maserati Khamsin (Tipo AM120) is a grand tourer produced by Maserati between 1974 and 1982. The Khamsin had no direct successor, with Maserati not making another V8 grand tourer until the 1990 launch of the Shamal. Following Maserati’s tradition it was named after a wind: the Khamsin, a hot, violent gust blowing in the Egyptian desert for fifty days a year.” 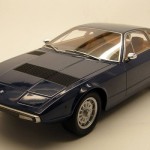 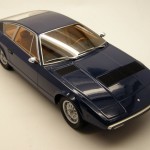 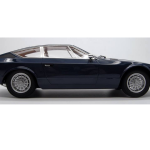