Who here likes Porsche, please raise your hand?  Who here likes RWB, please raise your hand?  There are many fans on both sides of the fence, I reside with both. Personally I can appreciate the 911 platform in its original form, OEM performance variants and aftermarket artists.  So what do I mean by aftermarket artist?  The perfect example of this is RWB or  RAUH-Welt BEGRIFF, which when translated means Rough World Concept. 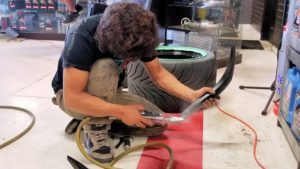 I had the rare opportunity to meet the artist who would be crafting another amazing creation the weekend of July 16/17th.  Master Akira Nakai San would be in Toronto, actually Kitchener, Ontario to perform his art on a fresh Porsche 911 964.  This is not the first time Akira Nakai San has been to Canada.  He’s created 3-4 other cars; a few seen in the photos were flown in from Vancouver and Montreal for this special event.  The build took place over two days, on the second day the car would be completed and unveiled to the numerous awaiting fans.  The Porsche itself was transformed into a RWB 964 Speedster, exterior painted Lamborghini Grey.  These builds aren’t cheap, with kit, labour, wheels, paint, miscellaneous they can tip the scale at $150,000+.  But the final product is beyond expectations.  Let me tell you the video and pictures don’t do this car justice; it is absolutely stunning in person! 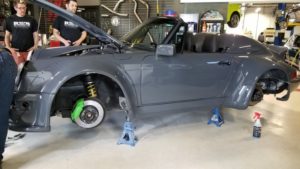 So what does this what to have do with diecast or scaled models you are probably asking yourself right now, I’m getting there LOL.  Our team has been screaming for a scale model of Akira Nakai San creations for years.  GT Spirit was the first scale manufacturer to listen and mass produce these gems.  It was a total success.  Many since the initial release have followed suit too.  The models appealed to many inside and out of the scale collector hobby – I was shocked how many others were there over the weekend with scale Porsches of their own.  And many were not seasoned collectors.  I have many myself, but I choose the “Green Monster” as I name it, the RWB 964 to represent DiecastSociety.com and have master Akira Nakai San sign for me.  Lucky for me I was first in line to meet the artist (four plus hour wait), cigarette and all! 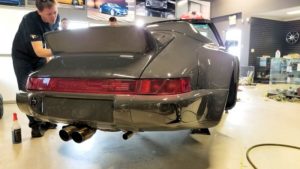 I understand that many Porsche purists can’t stand the man and consider his talents a butchery to Porsche 911 classics.  But I was there, I saw the owners reaction, the crowds reaction.  It was priceless.  In my opinion Akira Nakai San is an artist, a modern day Pablo Picasso if you like.  His canvas is Porsche, and like it or not he’s here to stay! 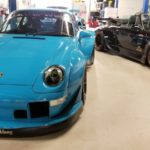 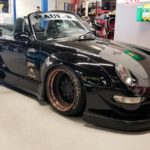 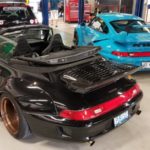 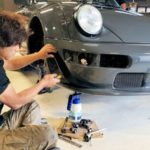 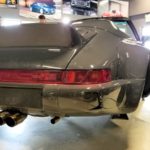 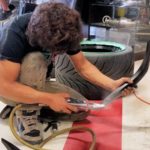 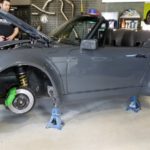 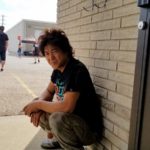 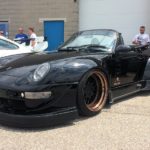 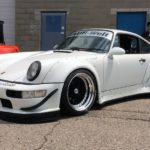 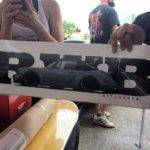 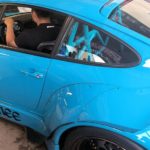 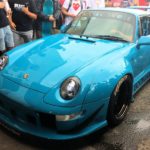 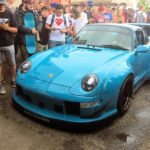 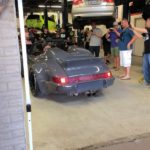 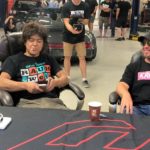 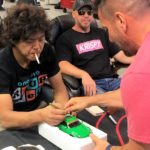 8 Responses to "Meeting the Master behind RWB, Akira Nakai San…"