Words and photos courtesy of Miniauto.ro

It has nothing to do with modern cars, it has a bizarre shape and technical features long abandoned in car construction. However, it exerts enough fascination that it has come to the attention of a manufacturer of 1:18 models. An exclusive one, with tailor-made achievements and prices. The model is not really new, being launched in 2005.

Henry Ford resigned as chief engineer of the Edison Illuminating Company on August 15, 1899, giving up an annual salary of $1,900 to join the newly formed (just 10 days before) Detroit Automobile Company (principal investors William H. Murphy), Detroit Mayor William Maybury and Senator Thomas W. Palmer), where he received the position of administrator for a monthly salary of $150. The company quickly went bankrupt in January 1901, after its cars proved unsaleable due to the high price. Fortunately, some shareholders are operating a segment of the factory on Cass Avenue, Amsterdam, Detroit, which Ford uses to build, with the help of its employees, part-time employees, Ed “Spider” Huff, Oliver Barthel and C. Harrold Willis, his first racing car with a 2-cylinder engine and a developed power of 26 hp.

Aware of the importance of marketing, Ford sent a statement to Detroit newspapers challenging the supremacy of Alexander Winton’s driving (founder of the Winton Motor Carriage Company in 1897, a company with 21 cars sold in 1898, including one to James Ward Packard). challenging him and anyone else interested in the 25-mile race. It was the beginning of car racing, the debut, recorded on November 28, 1895 (Thanksgiving Day) on a 52.4-mile route, with Frank Duryea as the winner in a car built by the Duryea Motor Wagon Company. with a single-cylinder, air-cooled engine, 4 hp, with which it achieved an average speed of 8.2 km/h.

Following the announcement, there are 5 competitors, but, one by one, 3 of them, Fournier, Vanderbilt and Murray, give up due to the technical problems of their cars so that on the date of the competition, October 10, 1901, only Alexander Winton his 40 hp Bullet and Ford. The race, whose distance is reduced by the organizers to 10 miles, is won by Ford with an average speed of 72.4 km / h. At the end of it, Ford would declare that he was scared to death and would never do so again, then elegantly adding that if he drove the car he created, Winton would have no rival.

On November 30, 1901, Murphy, along with several other former shareholders of the Detroit Automobile Company, formed the Henry Ford Company, having the name of the company, chief engineer and owner of 1:6 of the shares with a par value of $100,000. The stated goal is to build a lightweight runabout that can be sold for $1,000, except that Henry, who has a “racing fever” spends most of his time designing a giant 4-cylinder racing engine. Murphy disagrees with the funding of this work and disagrees with Ford on Henry M. Leland as a consultant. Relations between the two deteriorate and on March 10, 1902, Ford leaves the company taking with him the right to continue to use the name, $ 900 and the project for the race car. Soon, Murphy and Leland turn the company into a Cadillac Automobile Company.

Shortly before, on March 3, Tom Cooper, a well-known cycling champion, contacts Ford to order him to make a race car. In May 1902, the two obtained a space in Park Avenue, located in downtown Detroit, in fact, the 2nd floor of an unheated garage, where under the command of Ford and his assistants C. Harrold Wills, Ed Huff and Gus Degener, they work. (often with gloves to counteract the cold) about 10 people, on average 10 hours a day, pay 10 cents an hour to build two race cars: 999 (painted red) and Arrow (yellow). The names are borrowed from the famous express trains of the time, 999 being the 4-4-0 steam locomotive, built in West Albany, New York, the holder of the world speed record with 112.5 miles/hour (180.2 km/h ) and also the first self-propelled vehicle exceeding 100 miles/hour.

The immediate goal was to participate in the Manufacturers Challenge Cup on October 25, 1902, at Grosse Pointe, near Michigan. 12 days before the start, the test session takes place, for which Cooper appeals to Bern Eli “Barney” Oldfield, mechanic and pilot (his subsequent achievements would lead to the expression “Who do you think you are? Barney Oldfield?”). As none of the builders or owners dare to pilot the “beasts” with powers over 70 hp, Ford decides to sell its share for $800 to Cooper (despite the costs of $5,000, about $50,000 today), which becomes so the owner of both cars. But he obviously keeps the right to names and publicity.

Of the two, 999, driven by Oldfield, is lined up at the start. It was a car without a body, without a hood, with a wooden chassis, without differential, with suspensions only at the front, Huff batteries, carburetor machined by Oldfield, Firestone tires without air cushion and huge engine, with 4 cylinders in line, of 1155 cid (18.9 litres). The main competitors were Geneva Steamer (Geneva Automobile Company, Geneva, Ohio) led by WCBucknam, Winton Pup led by Charles Shanks and Winton Bullet led by Alexander Winton (both Winton Motor Carriage Company, Cleveland, Ohio), White Steamer ( White Motor Company, Cleveland, Ohio) run by Windsor T.White. There were models of top manufacturers, such as Mercedes Simplex, Oldsmobile, Elmore, Northern and Peerless.

Oldfield drives with maximum acceleration from start to finish and wins with a consistent lead, covering the other 5 miles of the route in 5 minutes and 28 seconds. I manage to finish the race with only 4 cars. At the same time, Oldfield enters the possession of the prize of $1000 USD, but the big winner is, in terms of the acquired fame, Henry Ford. Oldfield continued to run for another 10 months for Cooper, achieving many successes, including at the Indiana Fairgrounds, on the famous oval track, at a speed of 96 km/h, after which, in August 1903, he joined Alexander Winton. Since 1990, Oldfield has been inducted into the International Motorsports Hall of Fame.

The other car, Arrow, was involved in a fatal accident in September 1903 for the pilot, the young millionaire Frank Day, in Wisconsin. It was rebuilt, with several modifications, between 1903-1904 at Dearborn. With this, on January 12, 1904, Ford set a new speed record on the frozen lake of Saint Clair, reaching 147.0 km/h (although it lost control twice). After the event, both cars are sold, and Arrow is renamed by the new owner New 999. On February 28, 1903, Ford Motor Company is born. The original 999 is housed in the Henry Ford Museum in Dearborn, Michigan. A replica, commissioned by the Ford Motor Company in 1966, is in the Motorsport Hall of Fame Museum in Novi, Michigan.

In a famous exchange of remarks, which went down in history, Ford addressed Oldfield with the phrase “you made me great and I made you great.” Barney’s anthological response was “999 made us both great.” 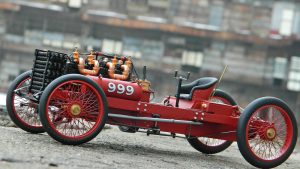 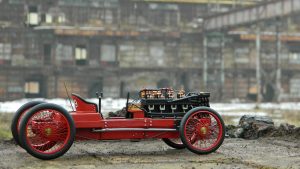 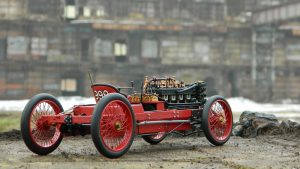 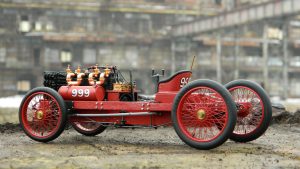 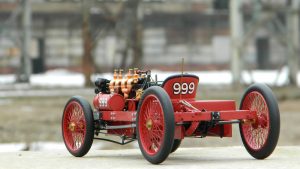 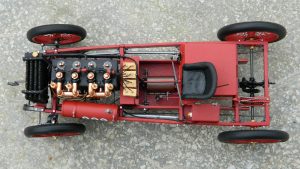 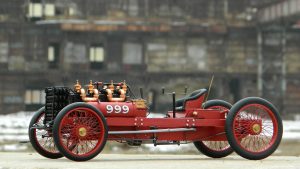 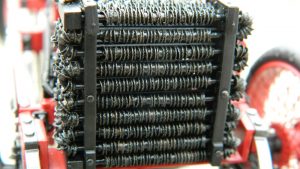 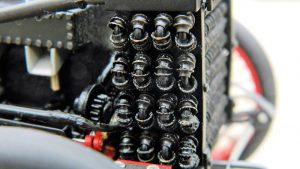 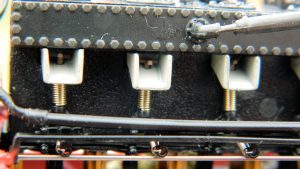 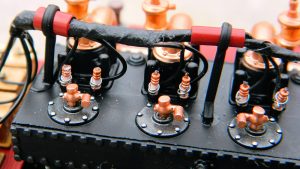 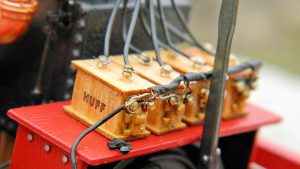 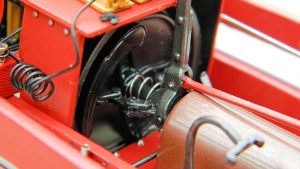 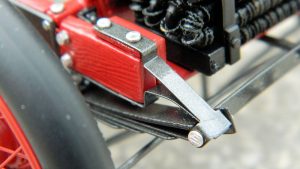 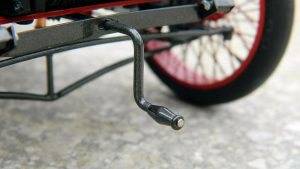 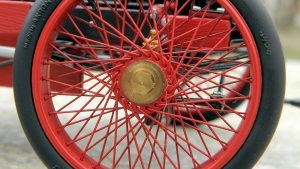 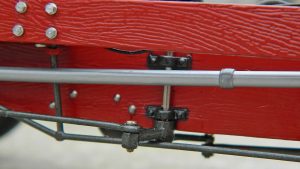 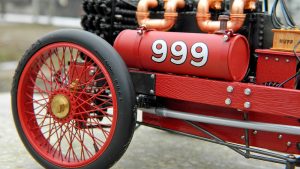 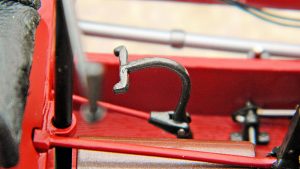 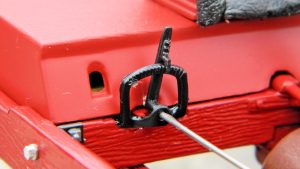 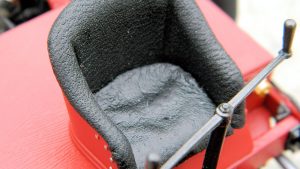 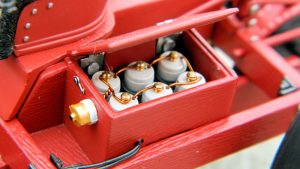 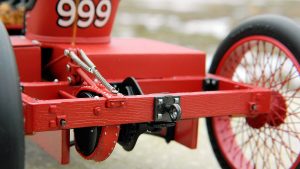 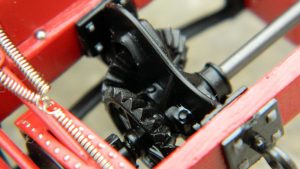 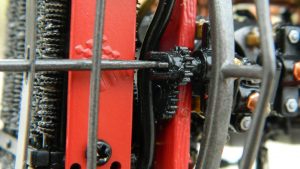 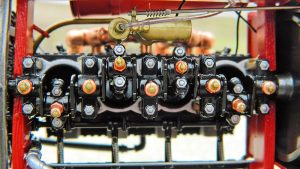