“According to legend, it was during a Christmas party that off-road racer and fabricator Bill Stroppe pressured Indy car driver Parnelli Jones into trying desert racing. In the days when desert trucks were built from factory stock vehicles, 1963 Indy 500 winner Jones broke Bronco driveline parts like matchsticks. He was especially hard on 4-wheel drive systems solid front axles. Jones convinced Stroppe to build a 2-wheel drive version with more beefed up fabricated parts. The effort paid off with a 1970 win in the Baja 500. For the next stage of evolution, Jones dug back into his racing background and Big Oly was born. With an all tube chassis and fibreglass body it was built to tackle the harshest terrain. In the 1971 Baja 1000, Jones and Stroppe won the Ensenada-La Paz route in 14 hours and 59 minutes. The next year Big Oly won another Baja 1000. Big Oly set the new standard for offroad racing and has inspired the truck builds of today.” 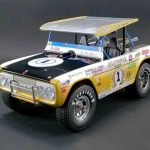 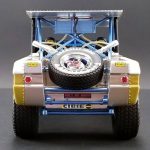 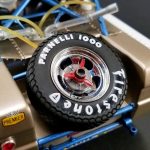 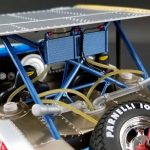 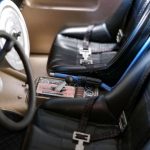