Once in a while, the diecast hobby unveils a special model, one that cannot get away, and one that will be a talking piece in your collection for many years to come. The latest effort from AUTOart is a limited edition (1000 pieces) of the Bugatti Veyron 16.4 Super Sport World Record car. The Bugatti Veyron 16.4 Super Sport achieved a new land speed world record for production cars, on the proving grounds of the Volkswagen Group at Ehra-Lessien. In the presence of the German Technical Inspection Agency (TÜV) and a representative of Guinness Book of Records, the Super Sport achieved an average top speed of 431 km/h. We all know the Black/Orange rendition of the Super Sport isn’t the most eye-catching, or the most appealing with the bling bling crowd. What the car represents, however, is a marvel of innovation, a homage to the founder of the brand, Ettore Bugatti. 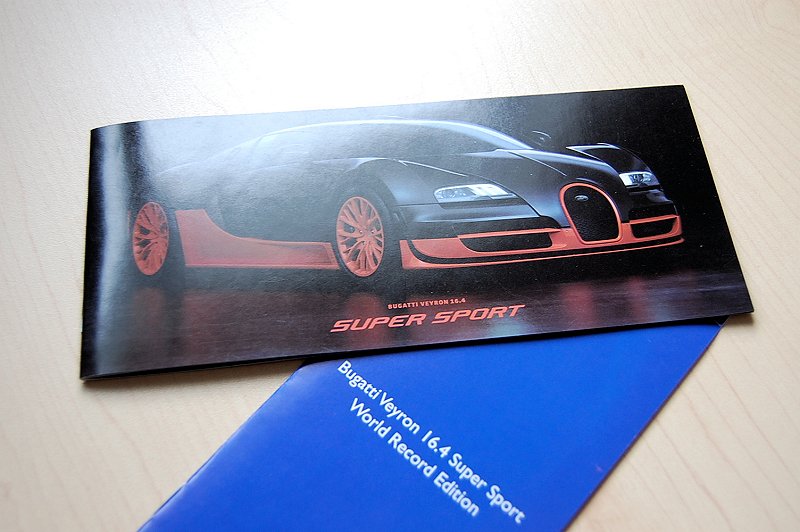 This AUTOart Signature release comes in the traditional blue Bugatti packing with the brand logo on the front with sliver lettering on the side branding this the “World Record Edition”  in Black/Orange. What is new is what is found on the inside. The styrofoam shell is present with instruction guide on how to release the rear spoilers and install the removable rear hatch. The new feature I mentioned is the informational booklet/photo guide included with the model in addition to the supplemental model guide highlighting the level of detail throughout the model; the second latter has been a staple in recent Signature releases. I was one of the lucky few Canadian customers (only 12 came into Canada) to get their hands on one; my model is #0501 of 1000. 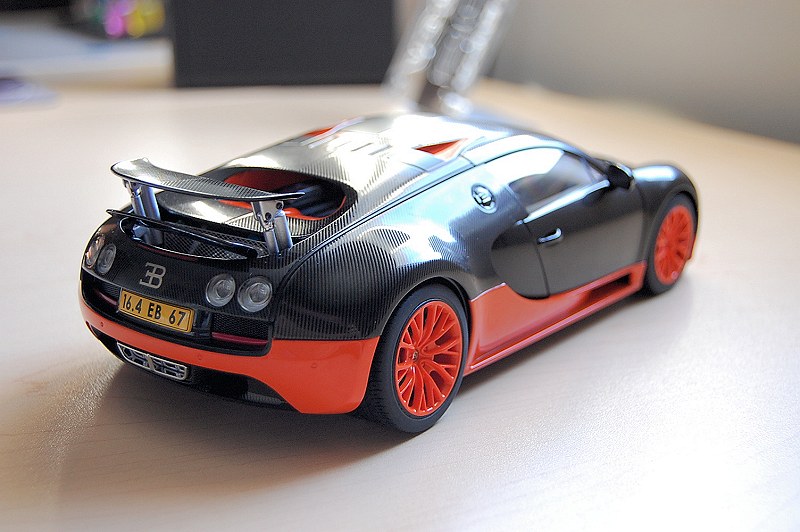 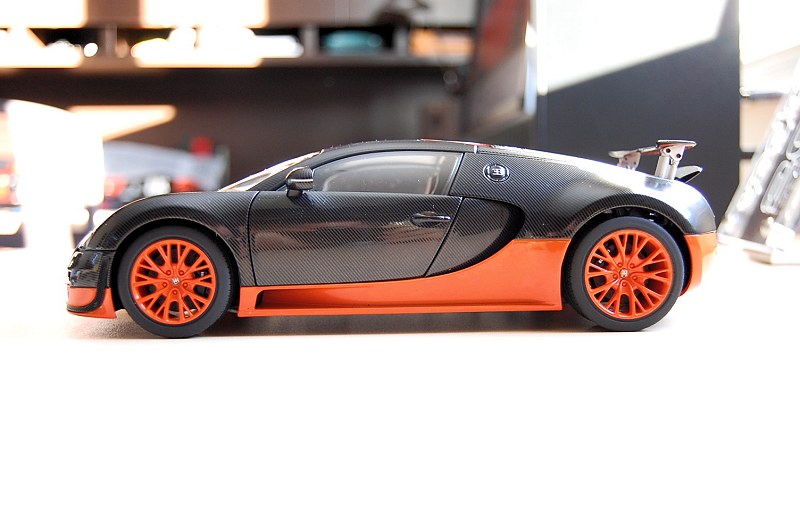 The exterior of the WRC is unmistakably recognizable, the orange and black are an unusual combination but this is not your typical car. The carbon fiber work is meticulously executed, just flawless throughout. Photo-etched grille work is found front, top, and rear, all beautifully crafted. Panel gaps and shutlines are excellent throughout as the photos will illustrate. Some of the distinguishable WRC features include the front black badge, rear white taillights, rear license plate, and interior 4-point racing harness. If I had to change one thing about the exterior I would have gone for a more aggressive stance, a 2-3mm drop in ride height would have made the model perfect. 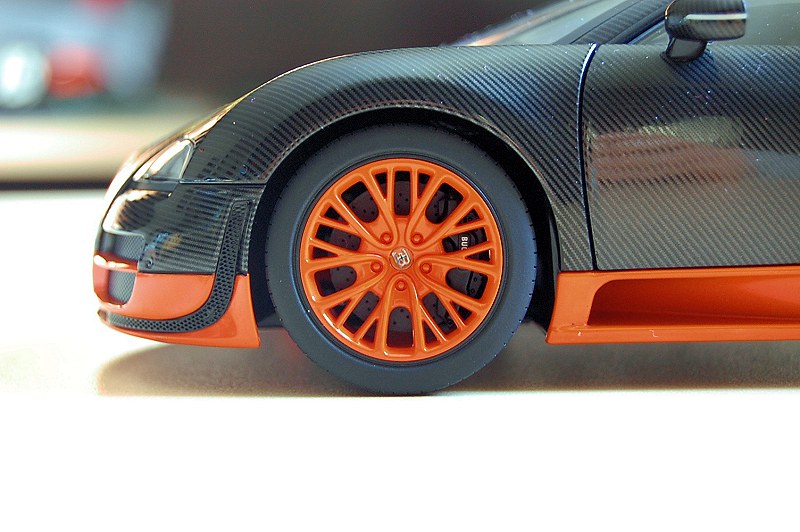 The wheels of WRC are nicely executed, though they lack the realism I’m accustomed to seeing with AUTOart models. The attempt at the orange powder coating has left us with a look of plastic for lack of a better word. Some people have been complaining of stiff rear wheels, and my model suffers from the same, though this doesn’t detract from the model at all as we all know these are static display pieces. 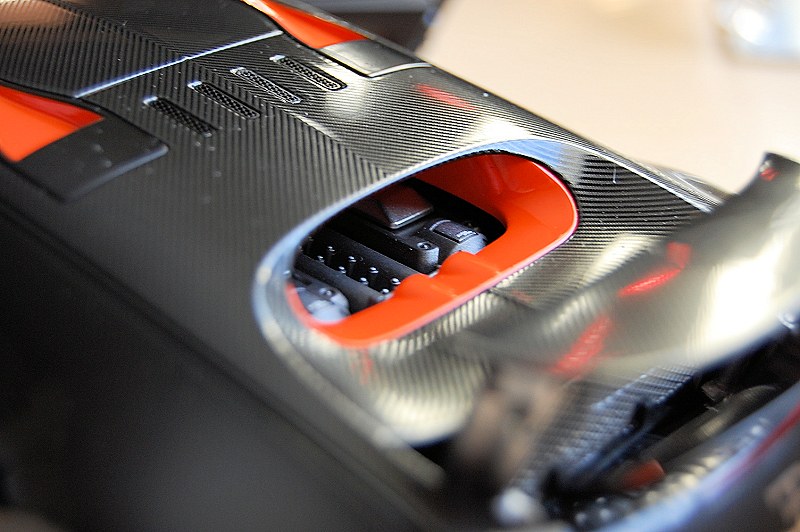 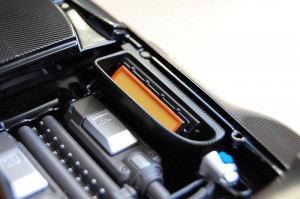 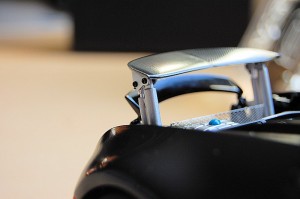 The front of the model features a carpeted storage area. Two dampers on each side add to the realism and work without issue. The rear of the model features the heart of the beast and functional spoilers. With one click of the button located underneath the model, the spoilers are deployed. No issues here either. I’ve mentioned this before but the engineering behind this is just awesome! 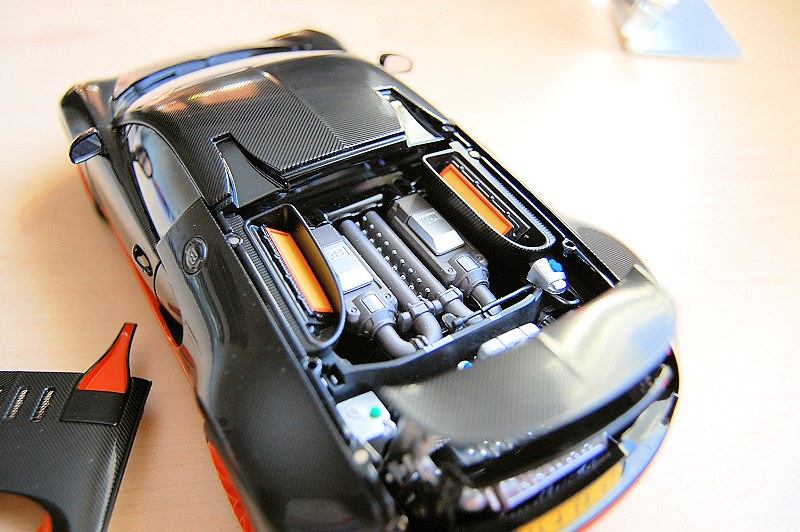 Removing the rear hatch reveals the monster W16 cylinder motor producing the 1200 HP and 1500 Nm of torque. The hatch is kept in check with four strategically placed magnets. All work well as gaps and shutlines are excellent! Detail of the WRC motor is on par with other 16.4 Veyrons, the difference with the Super Sport models is the exposed induction system on either side. Both reveal nicely detailed air filters. Overall fit and finish is excellent. 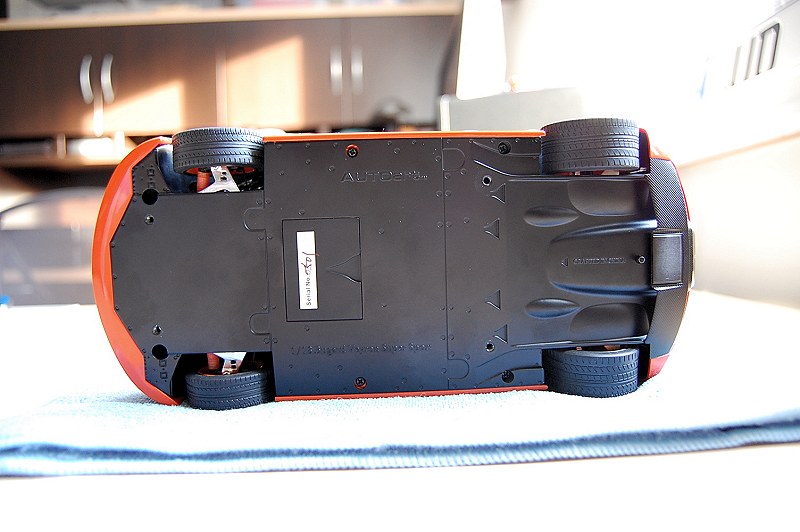 Underneath there isn’t much going on other than the serial number and exposed suspension bits. The rest is covered in the aerodynamic trim. 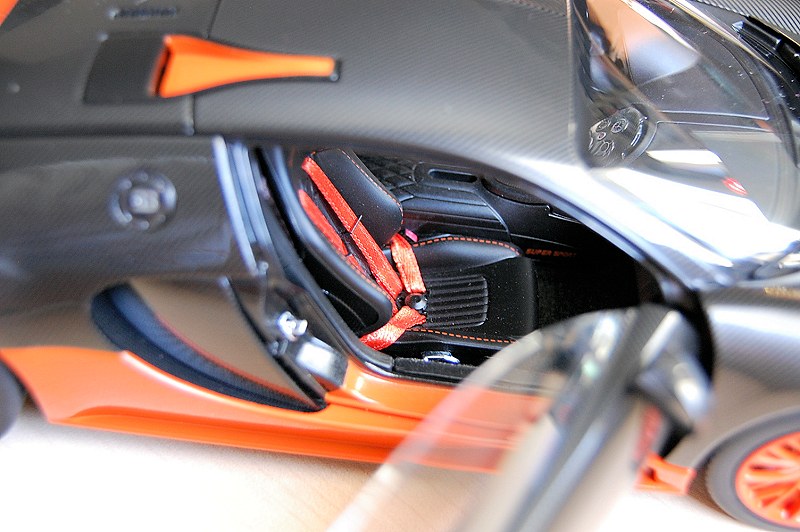 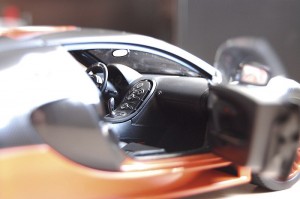 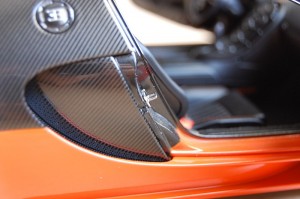 The interior of the Bugatti Veyron 16.4 Super Sport WRC is beautifully detailed as well. AUTOart went that extra mile with the little details, such as the orange stitching on the steering wheel and seats. The Super Sport logo is found on the side of the centre console and upper section of the seats. The 4-point racing harness adds a layer of realism and the “EB” logo displays proudly in between both seats. Another cool bit is the attention to detail that AUTOart utilized in the door locking mechanism, which the photos will highlight in depth. 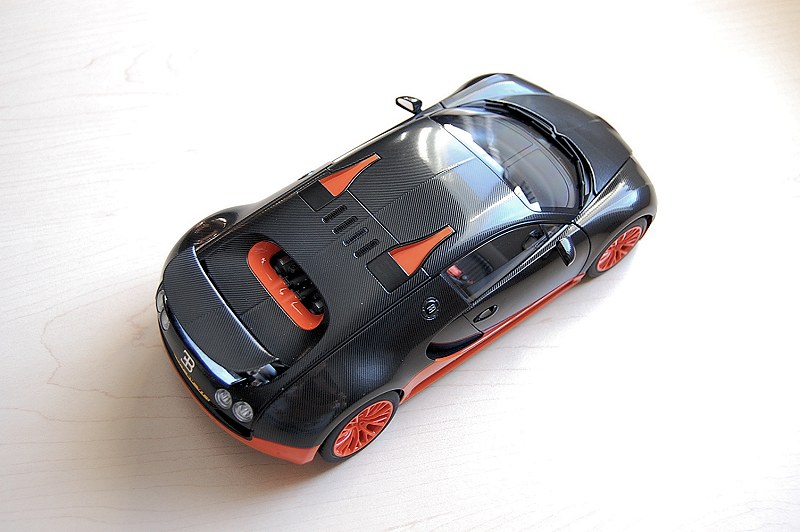 What this model represents is a 16 gun salute to the founder of the brand. A production car that strikes a cord with many car enthusiasts around the world. We need to thank the likes of VAG (Volkswagen/Audi Group) for their efforts in bringing back honor to a brand that somehow lost its lustre over the years and finally AUTOart for replicating a true centre piece for collectors. This model isn’t for everyone, I know that, but if you can manage to get your hands on one, I highly recommend you do. Enjoy the pics! 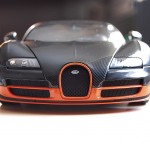 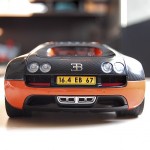 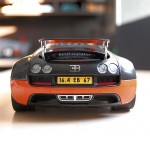 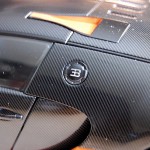 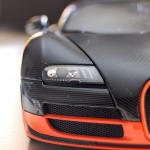 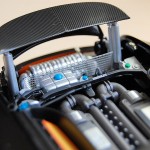 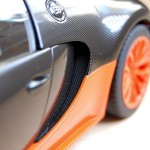 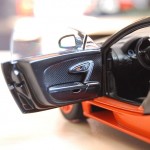 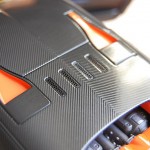 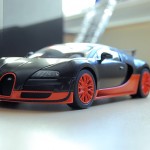 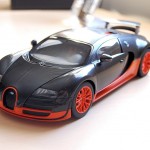 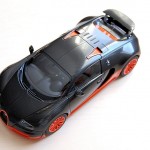 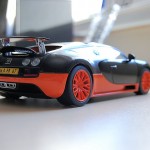 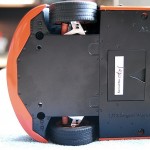 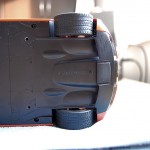 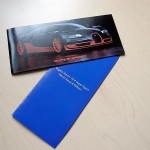