Ah yes, the Gumpert Apollo. If there was ever a car that divided opinion, it is the poor old Gumpert. Labelled as ugly and repulsive by most people who laid an eye on it, it was at least a supremely effective track car. It used to sit at the top of the Top Gear track time chart, and every automotive journalist that drove it basically said that no matter what you stepped out of, the Apollo is an insanely fast car. Built by a man named Ronald Gumpert, it was pretty light and featured a giant, twin-turbo Audi engine. Built to perform, but apparently not to look good. But you know what? I love the way it looks. No accounting for taste on my part, I suppose, but I’ve always liked it. I think, as car guys, we are often guilty of adopting other people’s opinions, which is what I suspect must have happened with the Gumpert. A certain famous person named Jeremy said it was ugly, and on it went. Kind of the same way he once mentioned that a 911 is just a glorified Beetle. I’ve lost count of how many times I’ve seen people on forums and Facebook comments adopting that comment as if it always represented their own views. Either way, looks like Clarkson was right, because after building 47 units, Gumpert filed for bankruptcy. Although, to be fair, the high price and shoddy build quality certainly did their part. 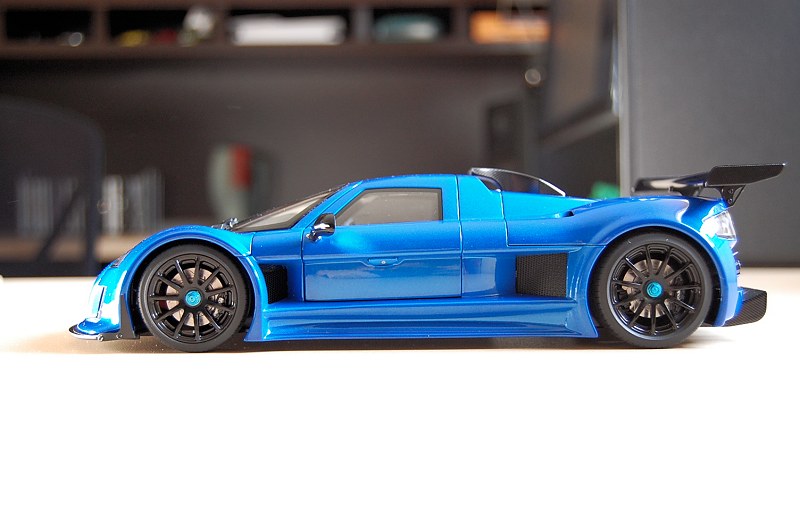 But you know what else? Someone must love the Gumpert at AUTOart as well, because this is a very good model. Composed of a scarcely believable 479 parts, it’s a feast for the eyes. The blue is of the deep, rich, metallic variety, with very tiny flakes. There are swathes of perforated mesh everywhere you look, with carbon fiber print on the wing and that air intake coming out of the engine cover. I’m glad AUTOart chose to replicate the updated rear end, and not the original, as the latter looked quite bad. This one actually looks like someone bothered with the styling. I love the large bore quad exhausts flanked by three strakes on each side. This car was never meant to be pretty, it was meant to be aggressive, and it pulls it off well. 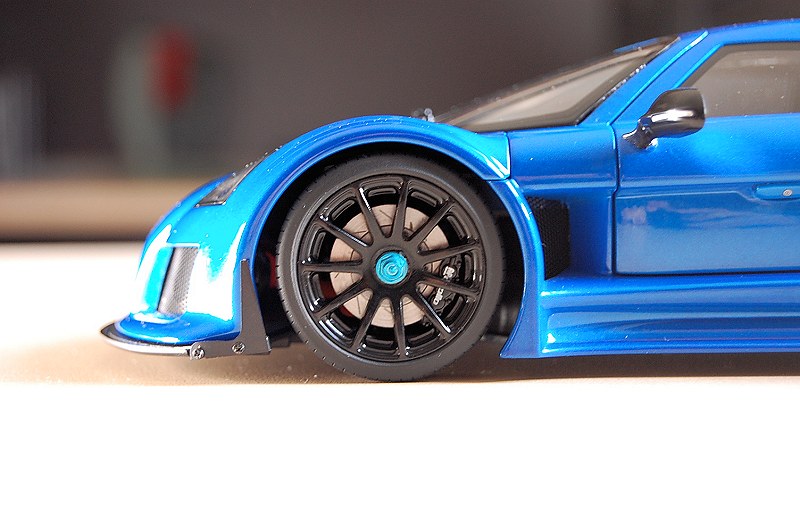 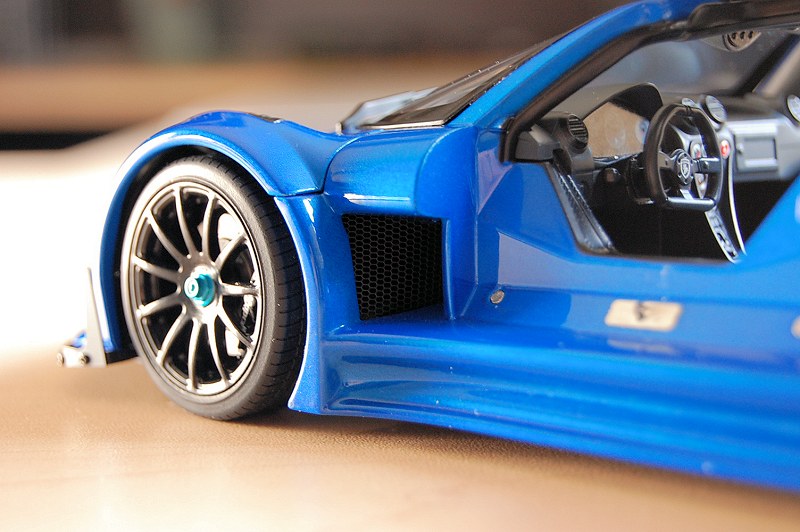 The wheels look great, too. I love the anodized style hubs, colour coding the right and left sides. The only things I’m not happy about with the exterior are the prominent screws used to hold the winglets in place on either side of the chin spoiler. Remove the front end, and you’ll be met with a complex and functional front suspension, and the usual electrics. Orange brake cooling ducts snake underneath this calamity, and there is quite a bit of carbon print. What I like is the fact that AUTOart bothered to include the 13 LED lights that can only be seen if you take the front cover off. 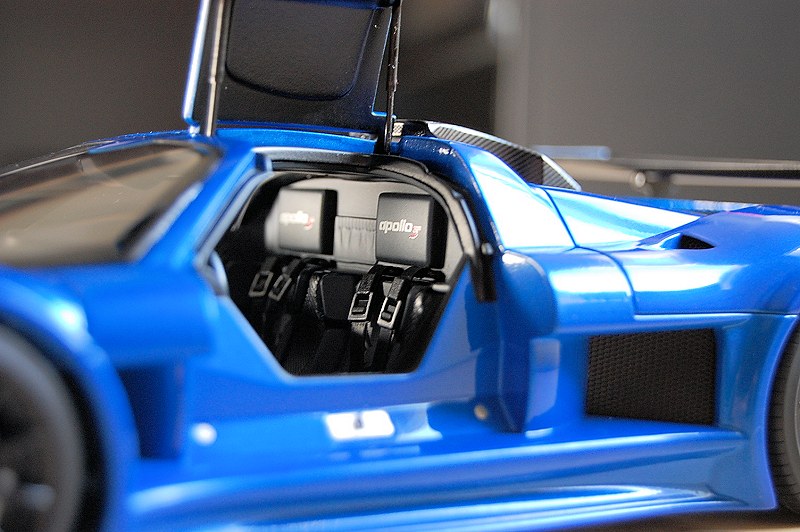 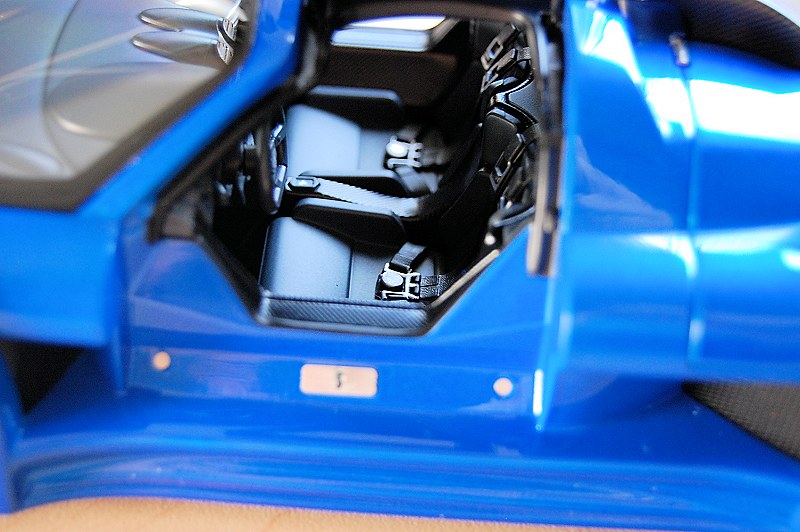 Moving on to the interior, we find a very sparse and basic looking affair. The doors open up at quite an angle and luckily stay that way. The steering wheel turns freely with the front wheels for a change. The foot well and pedals both appear to be metallic, which is really nice, considering you’ll barely ever see them. If you’re looking for a gear shifter, there is none, as this later version came with wheel mounted paddles, as opposed to the sequential gearbox seen on the original Apollo. I really like the outside door handles as well, as they’re not some shapeless blobs, but actual separate units. 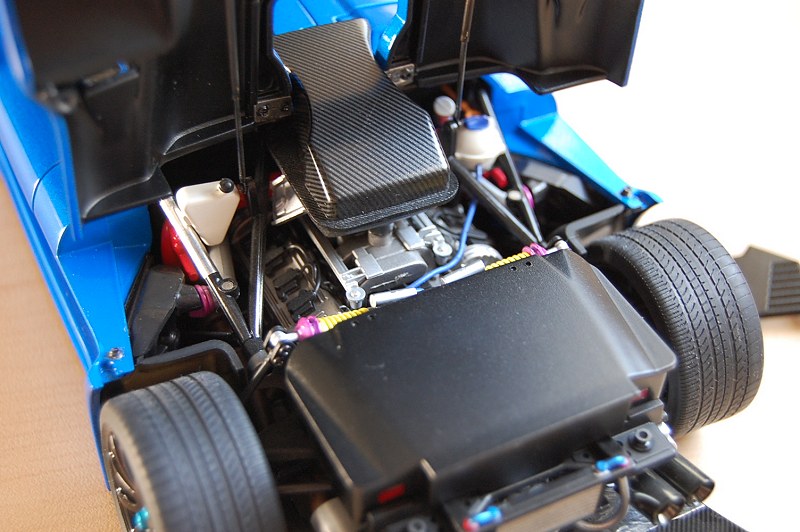 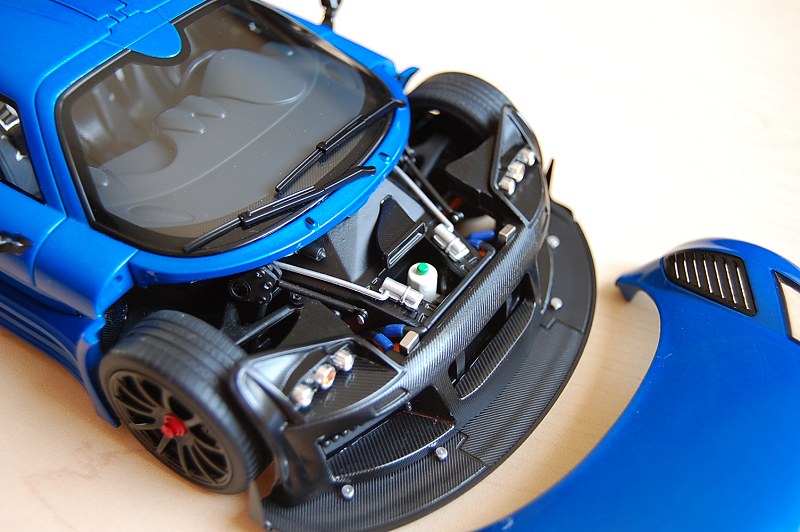 If you manage to successfully unscrew the engine cover using the provided screwdriver, you might notice that the screws don’t fall out, but stay in the model. Fear not, you can gently press on the engine cover when you’re done admiring the engine, and the screws will snap back into their holes. It’ll take a bit of effort to get it to open again, but it’ll save the model from unnecessary damage that may be caused by trying to fish the unruly screws out. 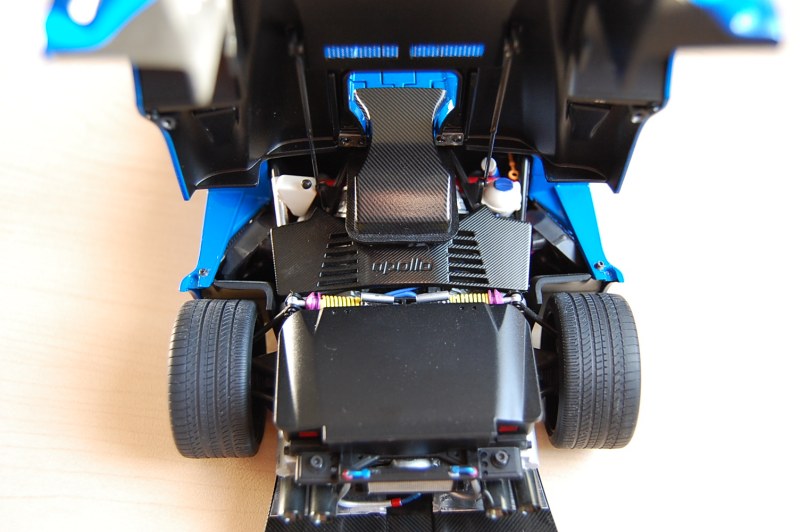 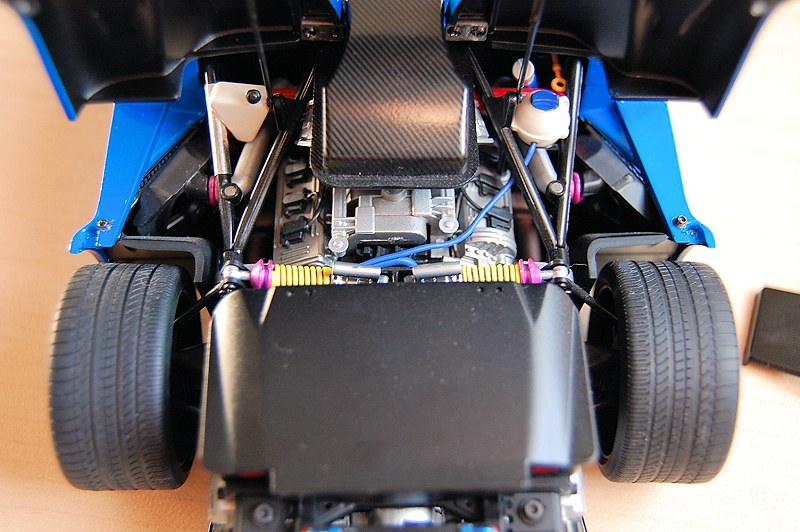 Looking at the engine, you start to wonder why there are so many things on top of it. There is a removable carbon cover on the block itself, and what appears to be a storage unit on top of the exhaust and rear suspension. The storage unit has a lid that sits on fancy struts, just like the engine cover, and I think it contains a first aid kit, and some grey plastic contraption. The engine itself is a fairly simple looking unit, with the brown exhausts and turbos deep underneath it. I should backtrack and add that the attention to detail given to the engine cover itself is awesome. Flip it open and look at the underside, and marvel at the construction, mesh grilles, and even a red reflector that AUTOart chose not to ignore – nice! There is a layer of heat reflecting material sitting on top of the venturi, replicated using foil, and I just can’t stop gushing over those gorgeous exhaust tips. The photo-etched radiator that sits in between said exhausts rounds out the package nicely. Oh and, almost forgot, the rear end features fully functional suspension as well. The under-tray is largely featureless though. 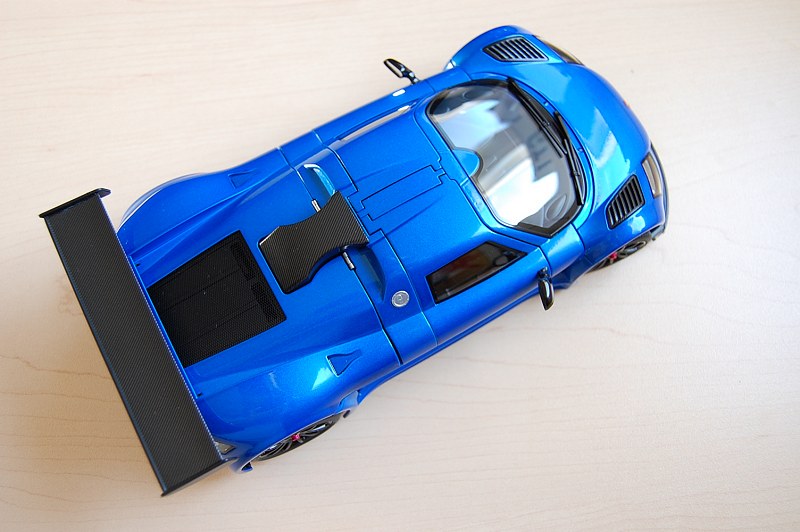 So there you have it, you either hate this car, or you love it, or you at least admire it. I’m somewhere between admiration and love, but someone at AUTOart sure loves it, because detail is abundant and parts count is high. It is priced the same as the recently released Veneno and Hennessey Venom, both of which have sealed front ends and partially functional suspension, not to mention 100-150 fewer parts a piece. I will recommend it just for that, since its looks continue to divide opinion. I, for one, love this model and I’m very glad AUTOart chose to make it. If you are too, then pick your colour and put one into your display cabinet, you won’t be disappointed. 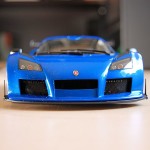 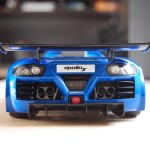 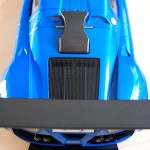 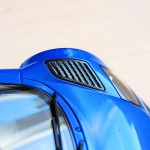 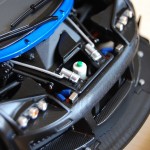 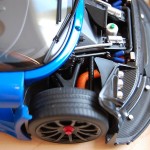 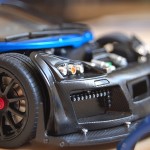 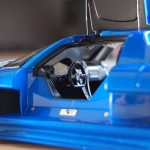 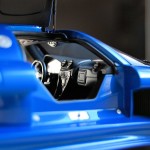 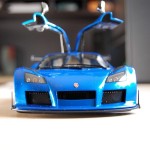 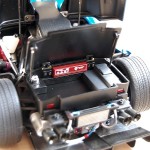 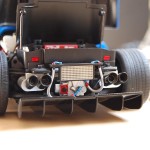 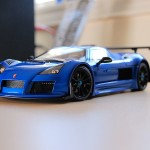 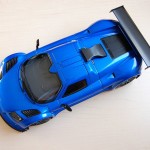 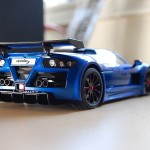