The latest addition to the Lamborghini collection is the AUTOart Countach LP400, a limited edition with a certificate Signature model.  This a milestone model for me as well, number 350.  Let me preface this review with a little history, I did own the Kyosho equivalent at one point, in orange exterior colour too.  The Kyosho LP400 was a brilliant model that I had purchased for under $100 2-3 years back.  Once the announcement from AUTOart was made that the LP400 model would be manufactured the decision was made to sell, the main reason, Kyosho’s paint was inconsistent, lacklustre, and rough; a noted theme with some Kyosho models. 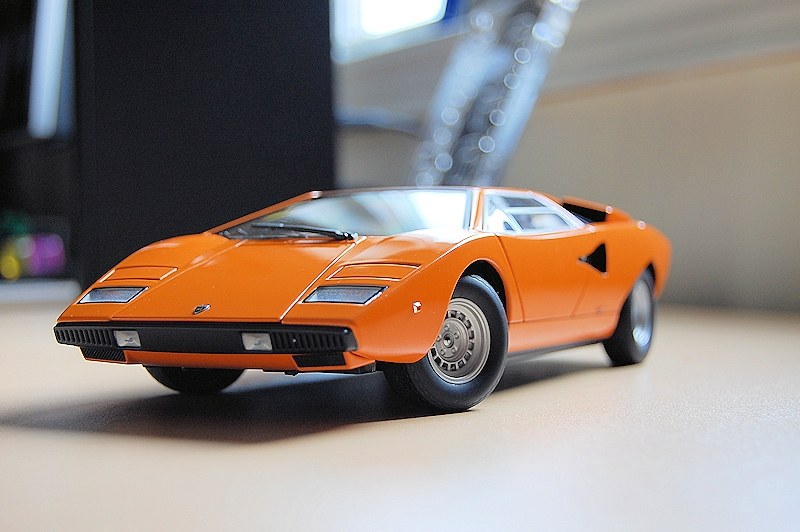 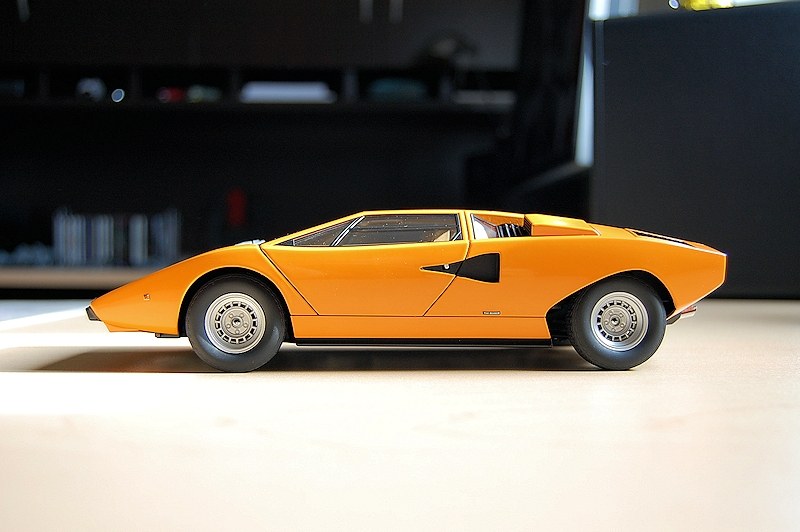 The chosen colour for the exterior was orange; there are two available choices today the other being yellow.   Overall exterior lines mimic the original well, though there are a few areas that may have required a little more attention than I like to point out.  The angle of the first nose seems a little off and the amount of material just about the from wheels seems a little thick.  The last few oversights is the gap on the lower section just under the doors, a little large, visual interpretation make the area look slightly out of scale.  The last issue is the rear panel gaps that mate the rear bumper to the side panels; these don’t exist in the original car.  Now, this may be a production call on AUTOart’s part as there most likely isn’t an alternative option within the limits of the manufacturing process.  Basically, keep the cost down. 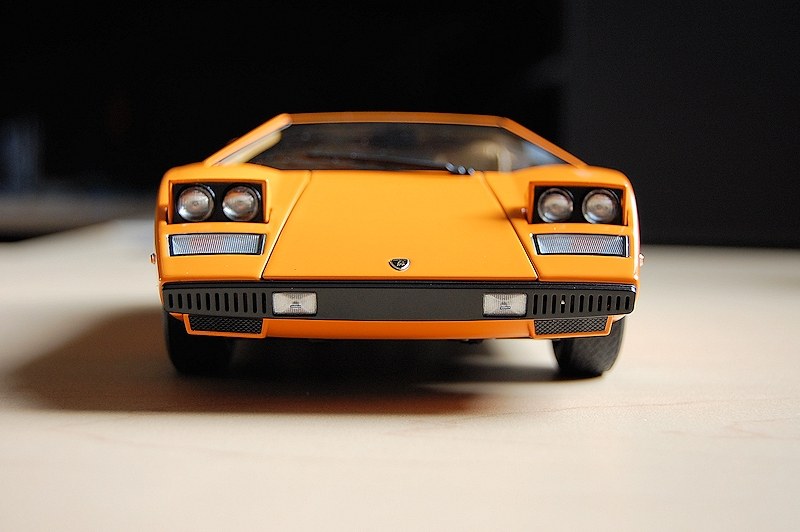 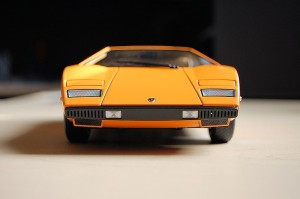 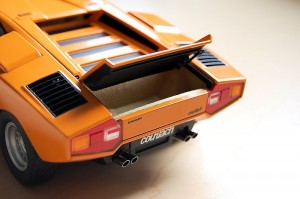 Pop-up headlights work flawlessly and the shutlines are fantastic once closed too.  Perforated mesh is used on the rear near the exhaust and rear hood.  Both executed nicely, and add a good level of realism to the entire package.  The rear storage compartment is carpeted and the hood is supported with a strut.  The front storage is highly detailed too with spare tire and braking components.  Attention to detail is highlighted with the addition of a hood prop.  Nice work AUTOart! 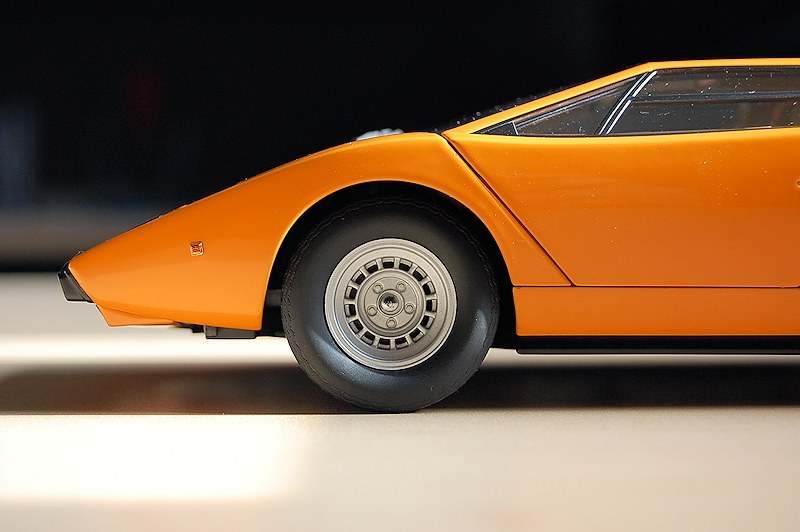 The wheels are always one of my favourite elements of replica models, they need to be authentic or the model is a total fail IMO.  AUTOart doesn’t disappoint here, LP400’s wheels/rubber is executed beautifully.  Ride height front to rear is spot on too. 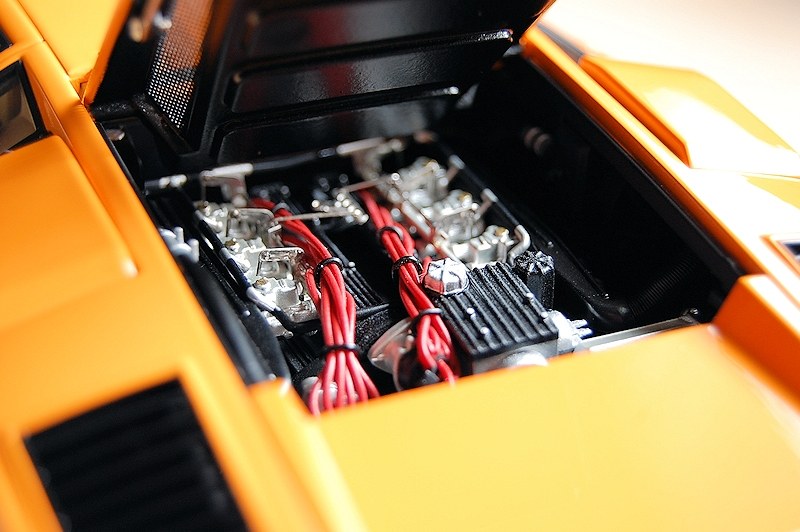 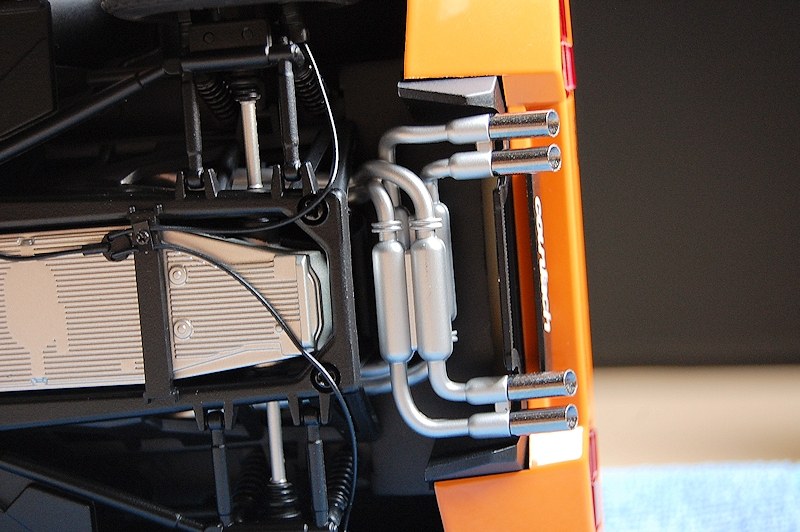 The motor is highly detailed, above and beyond most other AUTOart Lamborghini models.  The photos will speak volumes here.  I almost missed the side hood prop, which worked without issue as well.  A fair amount of detail can be found underneath the model as the photos will highlight.  Exhaust work is exceptional, reminiscent of the early Murcielago models from AUTOart. 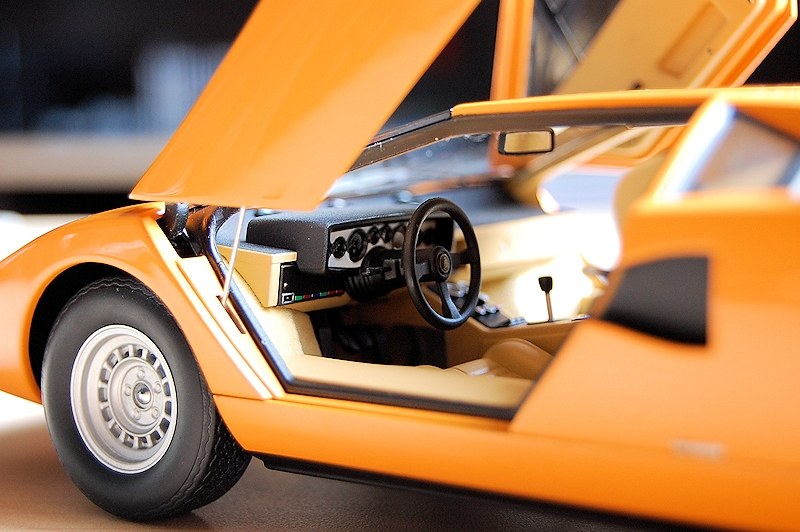 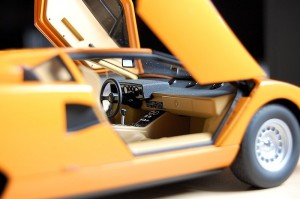 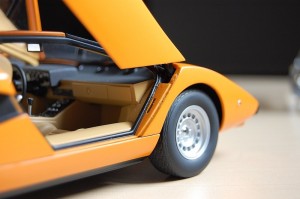 The interior on the LP400 is nicely detailed as the exterior featuring a black and beige two-tone pallet.  All the elements one would expect from a model at this price point are here and seem to mimic the original well.  The door operation is flawless, and they stay in the open position without issue.  AUTOart also supplies a door key to help in the process.  There is a quality control issue though, someone on the assembly forgot to add the strut support to the passenger side door.  Damn!  For this reason, the model will be returned.  Hopefully, my car is a one-off situation that other collectors won’t have to deal with. 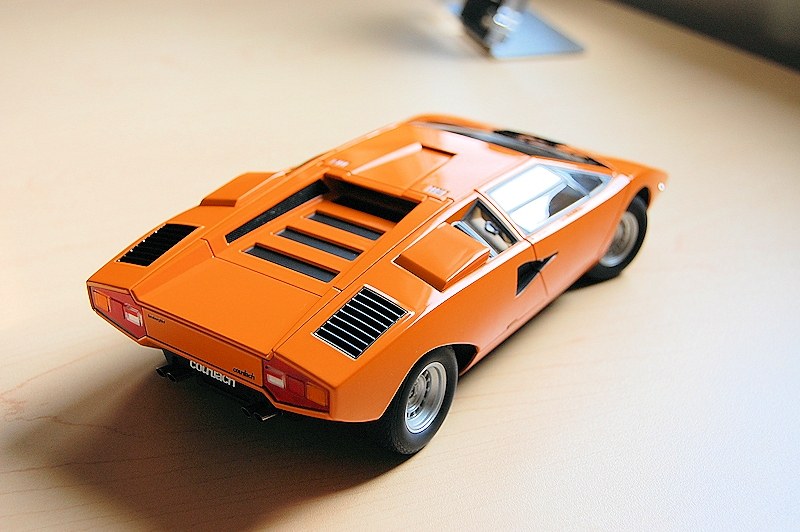 The final word on the AUTOart Lamborghini Countach LP400 is a beautifully executed piece, a lot of eye candy for the senses.  A model that excels over its competitor Kyosho on many levels, but the flip side though is the high price point.  Do I think it’s worth it?  I do, however, only if the brand is extremely important or a feature in your collection.  A cheaper alternative from Kyosho can be found, it displays just as well at half the price.  The only issue is finding one with acceptable paint.  Enjoy the pics! 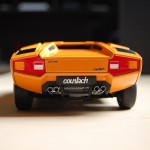 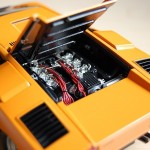 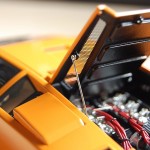 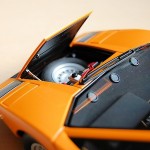 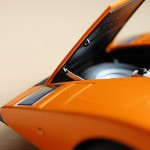 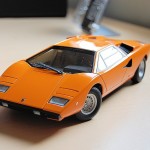 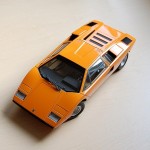 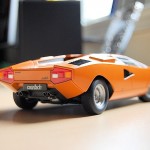 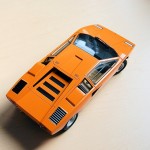 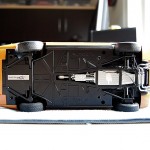 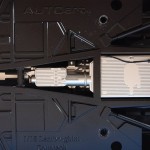 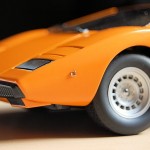