Once in a while car manufactures release limited edition models, most are a good marketing strategy with little to no substance over the original, but in the case of the Porsche 911 Sport Classic it is much more. In fusing the old with the new the designers at Porsche have a winner! A limited edition of only 250 of these beauties will surely make it an instant classic.  The Sport Classic features 3.8 litre 408 horsepower power plant, classic ducktail rear wing, and custom 19” wheels with black centres. Most of which are obvious to the eye, you can read more about the 911 Sport Classic by Googling one of many available articles. 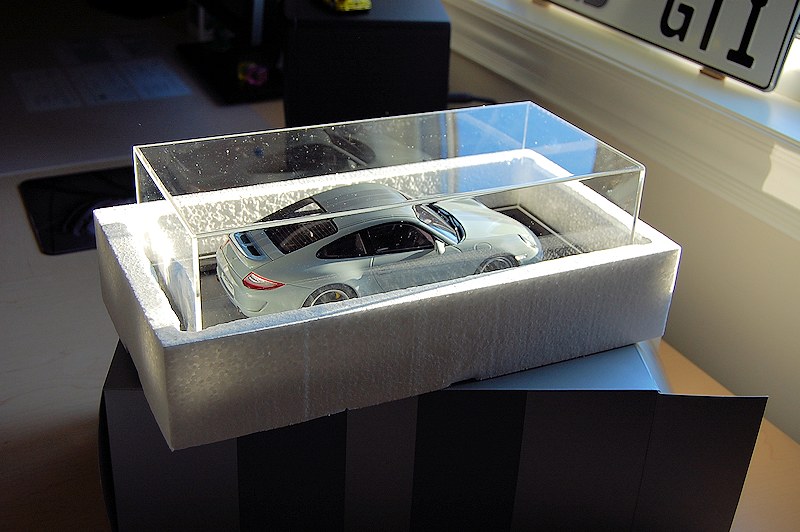 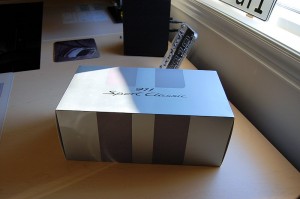 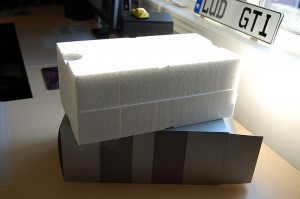 The Spark 1:18 scale replica is a full featured dealer edition release (limited to 1000 units), complete with inscribed based and display cover. Nicely presented in a large grey box, larger than the norm for us diecast collector’s obliviously due to the added footprint of the base and cover. As the photos will show everything came apart without issue, the model is secured to the base with three screws that were easily removed. 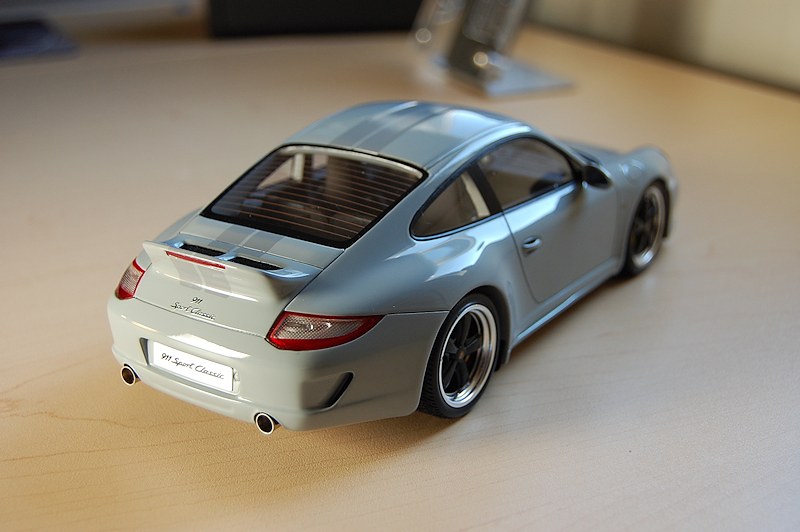 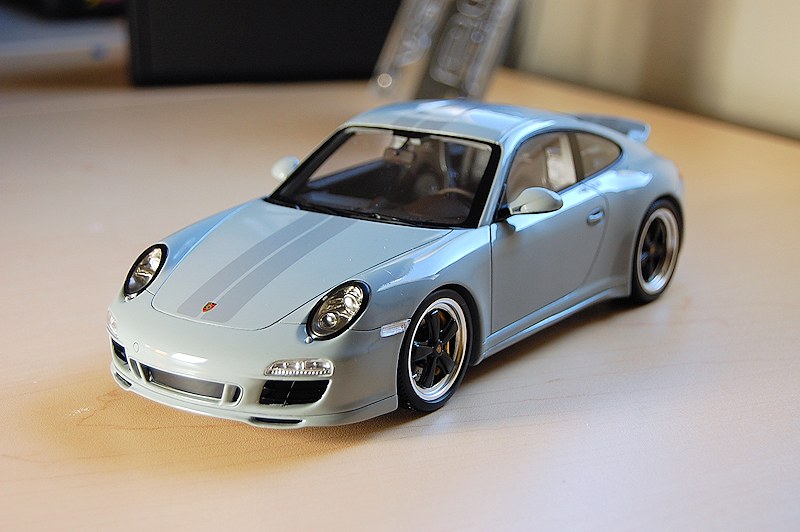 If you don’t already know this is a sealed resin model by Spark’s. The exterior of the model is well crafted as usual but there are some issues I will shortly point out.  Overall body lines seem to capture the 1:1 well, though the ride height seems a bit more aggressive on the model than the original, I personally prefer it this way. Paint is rich and smooth throughout.  I love the exterior colour, being an Audi owner a very similar colour was released for the MK1 Audi TT Coupe called Aviator Grey, which is still highly sought after 10 years after its introduction. 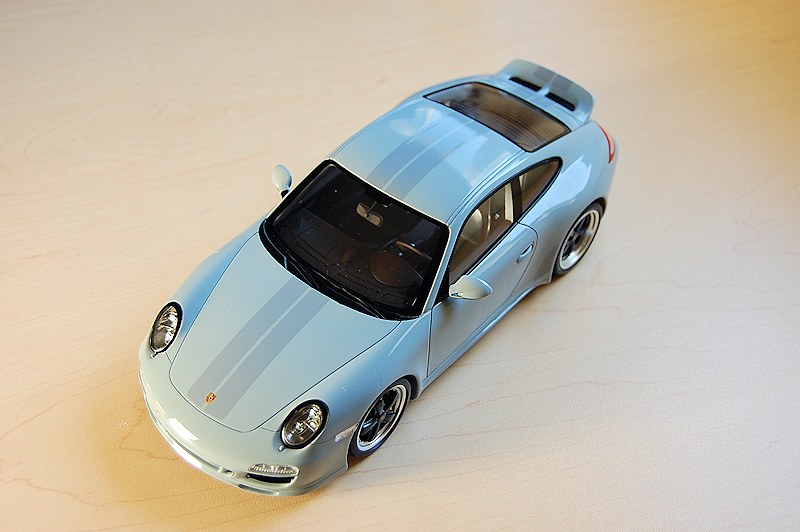 The exterior features two grey stripes in a slightly darker tone than the exterior paint, which are stretched front to rear. Executed consistently throughout for the most part there is a slight issue, the stripes which end at the base of the top of the hood where the windshield begins are left hanging. For a model of this calibre Spark’s should have tucked and glued the excess underneath as not to be left exposed. I know this isn’t a one off error as I ordered two models and both have the exact same issue. 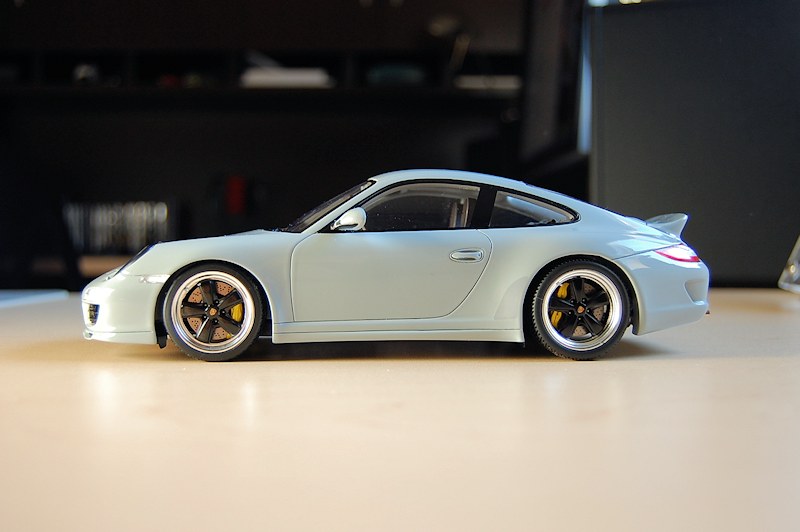 Also lower spoiler found just underneath the doors, the angle and overall size is slightly different from the 1:1.  The original is more pronounced and aggressive whereas the model is subtle and passive.  I’m not sure if this was a miss on Spark’s part, a manufacturing process or maybe both… 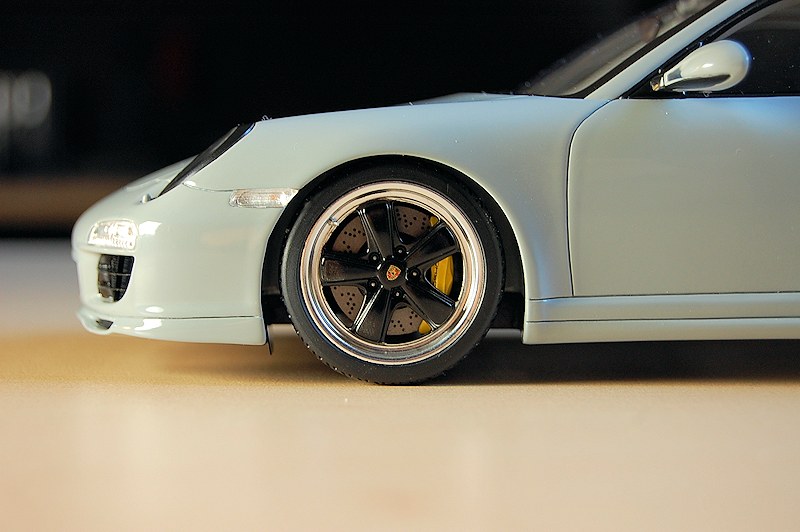 The wheels are custom 19” Porsche Fuch with black centers featuring detailed rotors and calipers (yellow was a great choice of colour) in the background. Overall well executed, and a great touch by Porsche designers to bring the classic style into a modern masterpiece.  My only beef is the level of execution with the chrome work, definitely not up to par with a model costing me just north of $200.  And you all know I’m a huge fan of wheels on models, my favourite part always! 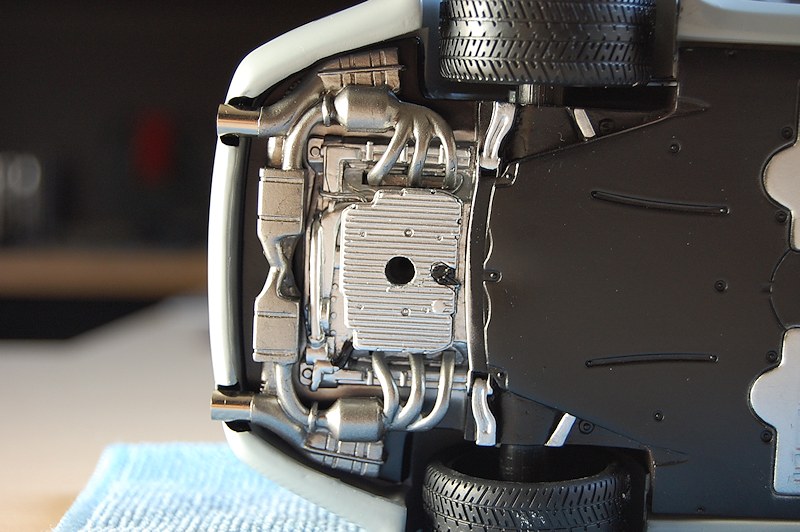 I can’t detail the motor other than the bottom end, as we know we’re reviewing a resin model here, nonetheless the detail for what is visible is quite impressive!  Best detail I’ve seen on a Porsche resin model to date.  Spark even went as far as adding metal or plastic chromed tail pipes.  They look very authentic as the photos will illustrate. 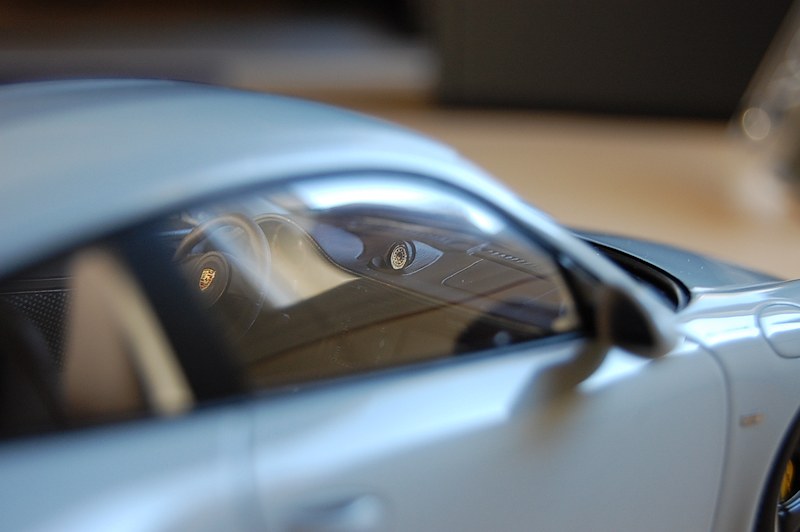 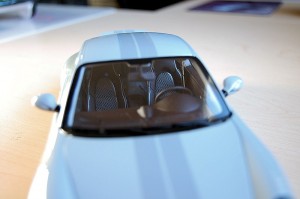 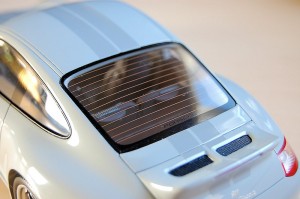 Inside the retro feel is present with a dark brown interior as the base with checked pattern inserts featured on the seats, door cards and various other interior bits.  Execution is slightly less than what you’re receive with a latest effort from AUTOart but much better than the recent Fujimi Ferrari F50 I reviewed earlier costing just as much. 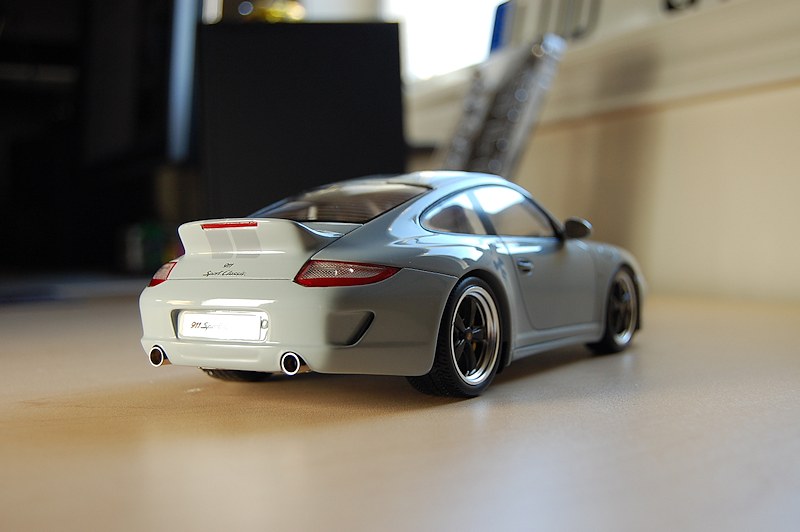 I know this model won’t be for everyone, its resin, its expensive, and not easily attainable for all collectors.  Some of the cost can definitely be attributed to the dealer edition fixture and packaging.  I’m a huge Porsche fan so for me to own a piece of a 911 Sport Classic does mean something, even if it is in resin form.  Also this is a limited edition piece that as with the 1:1 will surely go up in value.  Do I wish the model was perfect, yes sir, and at this price point it should be!  I guess I’m saying come to your own conclusions, how important is the model for you?  Enjoy the pics! 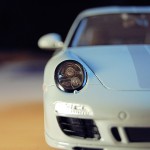 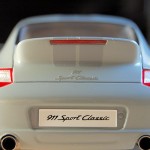 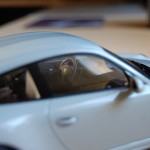 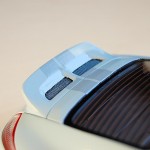 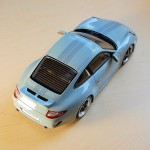 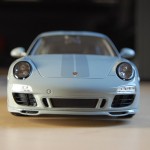 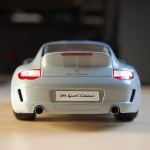 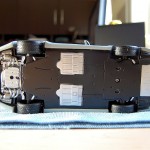 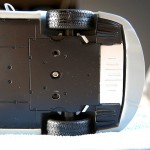