It is almost a year ago today I sold my Kyosho Lamborghini Countach LP500S Walter Wolf edition scale car. This week the vacant spot was filled with AUTOart’s version of the iconic Countach. To be honest, I was quite happy with the Kyosho replica, the only reason it was sold was the typical poor Kyosho paint – various rough spots throughout. 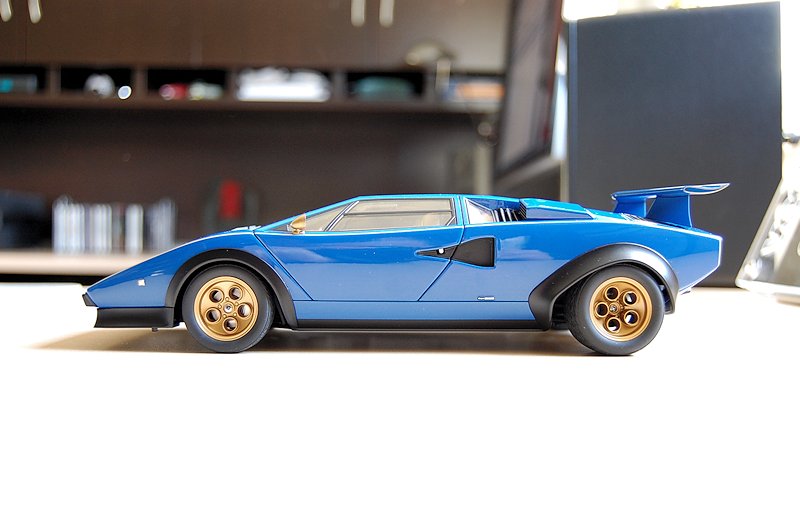 Here’s a synopsis on the Walter Wolf cars as taken from Wikipedia: In 1975 Walter Wolf a wealthy Canadian businessman and owner of the Wolf F1 Racing team in the 1970s, purchased an LP 400; however, he was not satisfied with the LP 400’s engine and asked Dallara, the chief engineer of Lamborghini at that time and the founder of the Italian F1 racing team Scuderia Italia in the mid-1980s, to create a special high-power version of the Countach. It was the “code NO 1120148” Walter Wolf special with the original “5” engine from the Countach prototype, which produced 447 hp / 7900 rpm and reached a supposed maximum speed of 315 km/h (195.8 mph) or 323.6 km/h (201.1 mph). This model also featured the upgraded wheels, Pirelli P7 tires, large fender flares, and front and rear spoilers of the LP 400S model. It was painted in red, with black fender flares, and was designated “LP 500S” like the standard Countach model from the 1980s, and was the stepping stone that led to this later production model. Two other Wolf Countaches were produced, one painted blue, NO 1120202 (currently in Germany) and one navy blue. 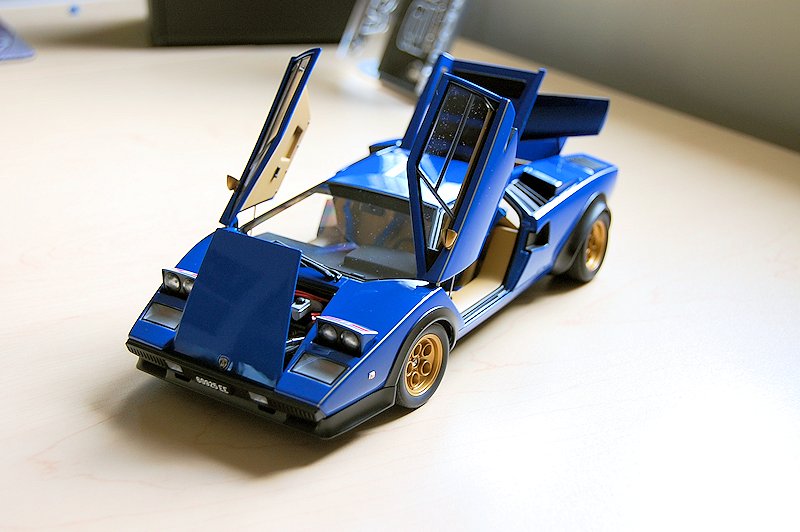 The AUTOart Lamborghini Countach Walter Wolf edition is currently available in two versions, blue (#74652) as reviewed here, and red (#74651). This is another Signature Series edition, and with this comes the typical black exterior box with silver etched lettering. Inside, along with the styrofoam shell, you find the detailed instructions, booklet (highlights the features of the model), certificate of authenticity, and key to allow the end-user access to the unlocking mechanism on the doors. 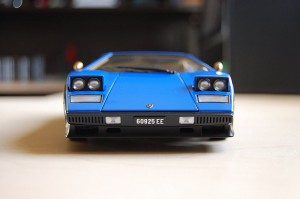 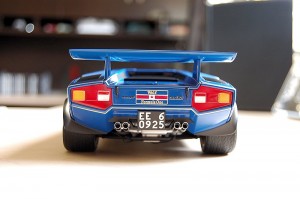 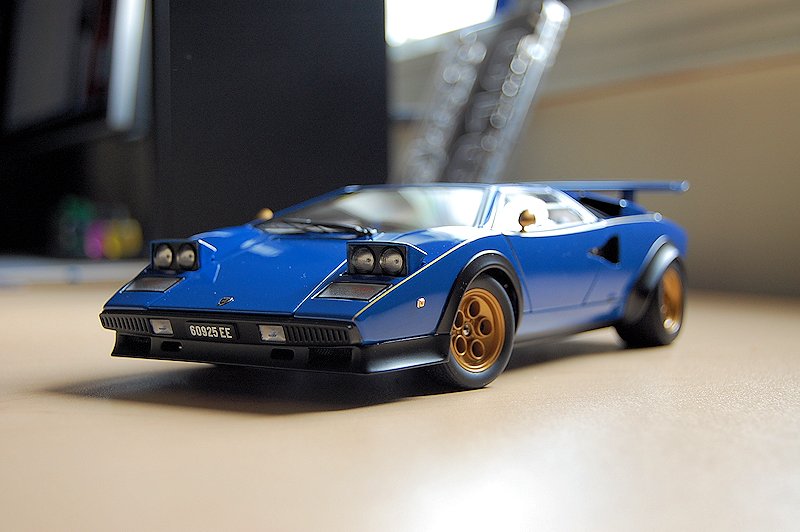 The exterior is absolutely striking in blue. The paint is rich, thick and just beautifully applied. There is no orange peel or rough spots to mention here. The gold accents run from the wheels to the side mirrors, right along to the pin-striping. I must say the pin-striping is exceptionally executed throughout. It also continues on the top and sides of the rear spoiler too. Nice attention to detail AUTOart! The rear cooling grilles are perforated, so you can see into the belly of the beast, as well as the rear upper grilles just forward of the rear intakes and the two just below the rear spoiler. Lighting bits at the front and rear feature high-quality materials, which adds to the overall realism. Shutlines and panel gaps are fantastic as the photos will reveal. 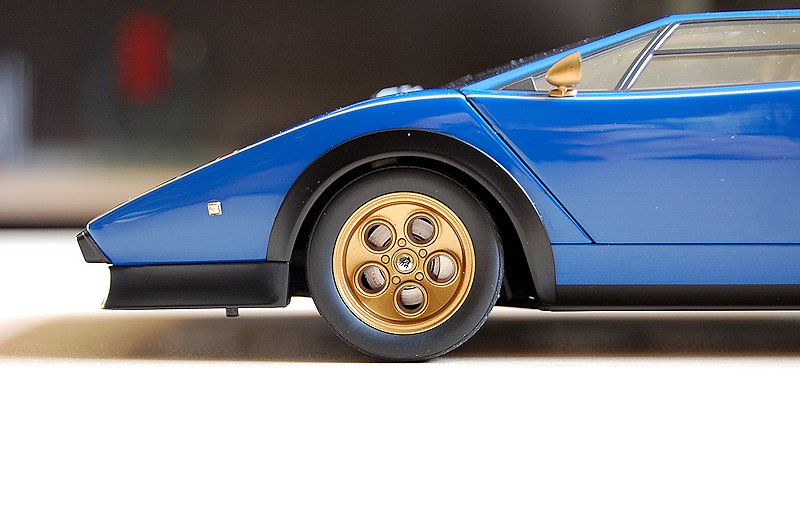 The telephone dial wheels are well executed and matched with the appropriate low-profile tires. Disc brakes and rotors are present front and rear, though viewed through the holes on the wheels – both finished in silver. 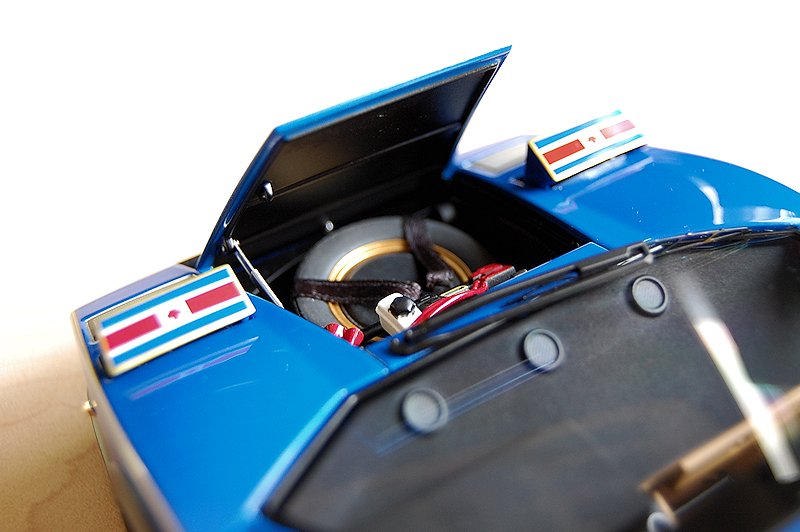 The car features two storage compartments, front and rear, along with the engine bay – all of which the end-user has access to. The front storage features a spare tire, wiring bits, and braking components, all highly detailed. The addition of a hood prop can be found front and back, again, adding to the overall realism. One item I like to point out is strapping and spare tire cover added by AUTOart – well done! 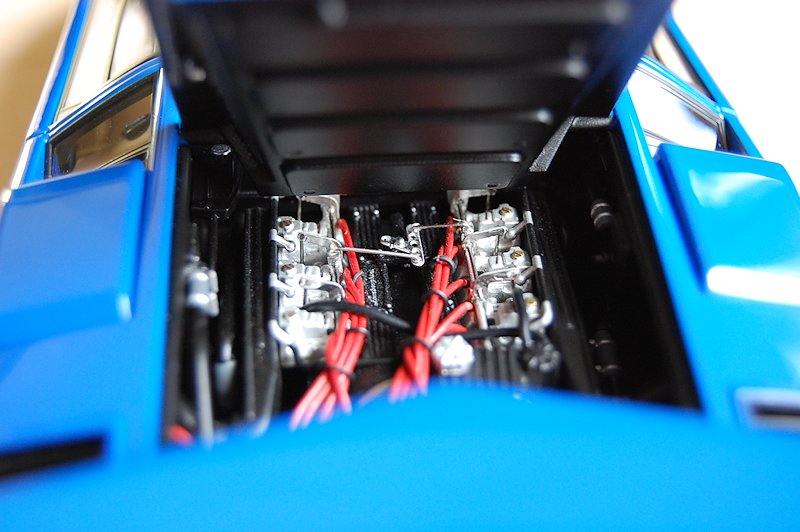 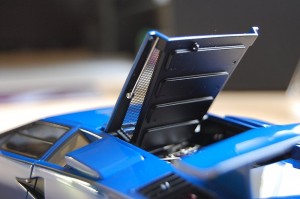 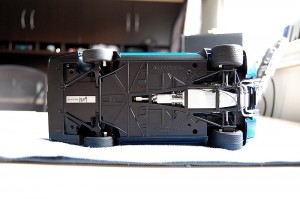 The motor, in typical AUTOart fashion, is highly detailed. The detail is not just contained on the main engine block but spills over to both the right and left side of the engine bay – lots of eye candy here to satisfy the seasoned collector. The hood prop is present too, but utterly useless based on the open position target, though kudos for the added detail. The undercarriage offers more than the basic model; here you will find detailed suspension bits, motor, and exhaust system, all highly detailed. 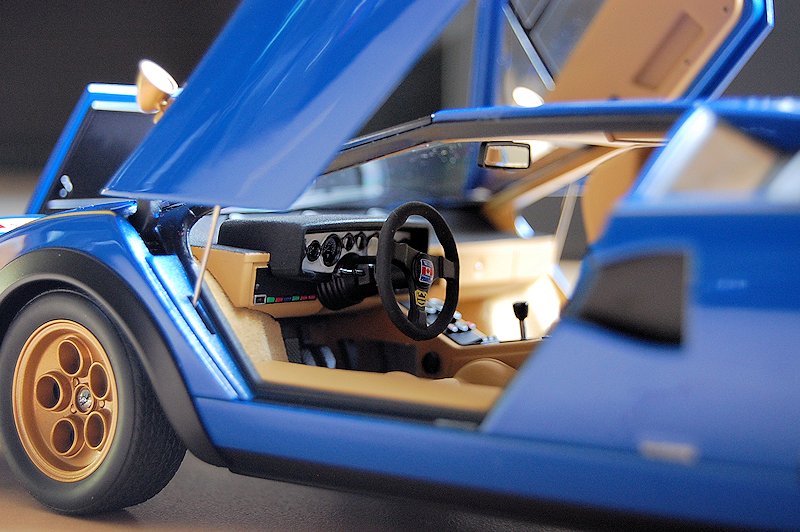 The interior is nicely executed too, right down to the appropriate Walter Wolf decals on the steering wheel. Full carpeting throughout matched with two-tone tan and black interior work quite well with the blue exterior. Though I would say the seat-belt harness looks a little out of scale, now I’m nitpicking! And look, both door struts are present, not like I found on the LP400 reviewed earlier this year (left the factory with the passenger strut not installed). 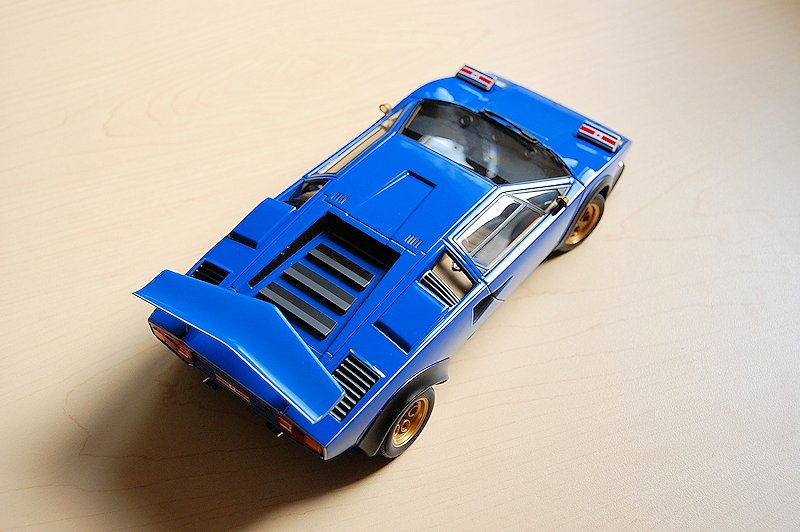 I can’t really find anything wrong with AUTOart’s interpretation of the Lamborghini Countach LP500S Walter Wolf. Outside and inside, they hit a home run! Did I mention the flawless paint? The elephant in the room is the price point – suggested retail in Canada is over $200! That is utterly ridiculous! For this reason, I cannot recommend the model unless you’re a Lambo freak and must have the best. With Kyosho recently re-releasing the blue and red versions, you can find one for $100 less, a more than capable alternative. Enjoy the pics! 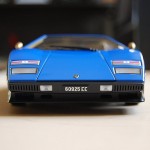 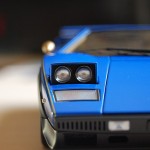 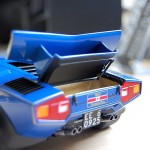 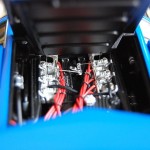 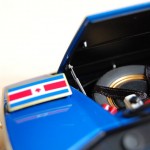 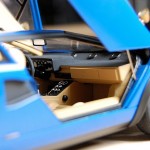 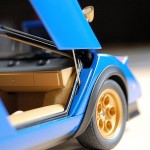 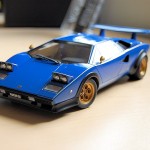 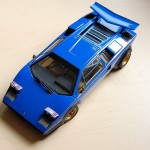 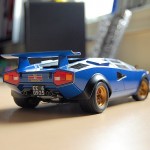 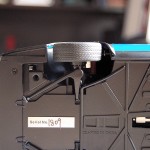 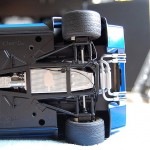