You know, sometimes you need to step outside your comfort zone. I did with the latest acquisition – the BBR Ferrari Enzo.  I told myself I would never spend more than $250 on a model.  Well, I broke my rule, but not by much.  I found one in Canada for $280 from a reputable seller.  Not bad, considering it is a rarity released in 2005.  Also considering the fact that this is a diecast model with opening parts – something you don’t see on the menu from BBR anymore since switching to resin. 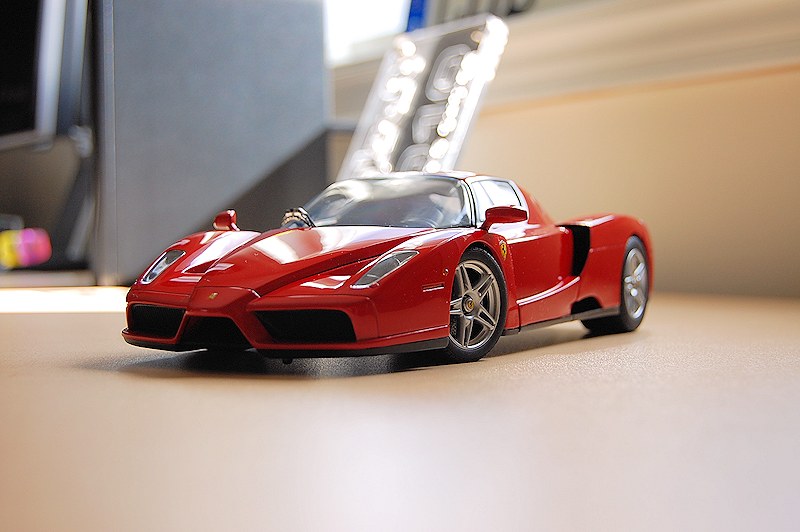 The Ferrari Enzo is a mid-engine 12 cylinder supercar.  It was named after the founder of Ferrari, Enzo Ferrari.   The Enzo employs numerous technological enhancements, some of which were first found on Formula One racing cars.  These include a carbon-fibre body, F1-style electrohydraulic shift transmission, and carbon fibre-reinforced silicon carbide ceramic composite disc brakes.  The Enzo’s V12 has a 43.9/56.1 front/rear weight distribution. The engine is Ferrari’s F140 65° V12 with 4 valves per cylinder, dual overhead cams and variable valve timing. Bosch Motronic ME7 fuel injection is used and the engine is naturally aspirated. It displaces 5998 cc and produces 651 hp at 7800 rpm and 485 lb·ft at 5500 rpm with a redline reaching a whooping 8000 rpm! 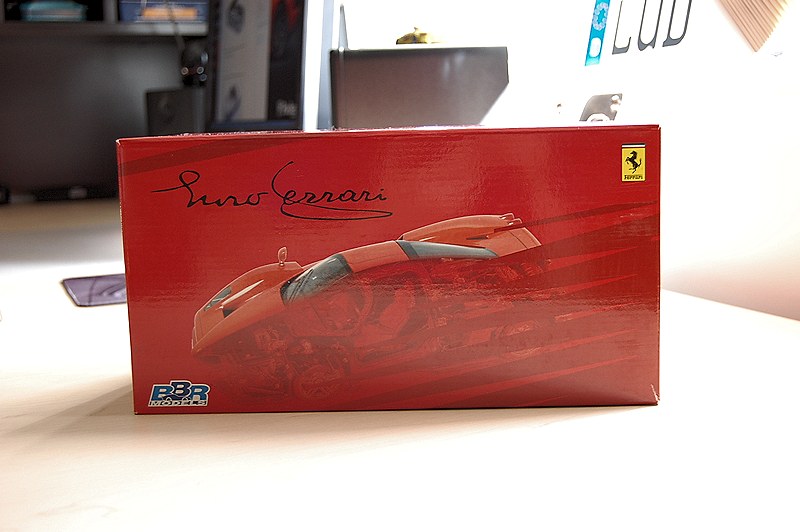 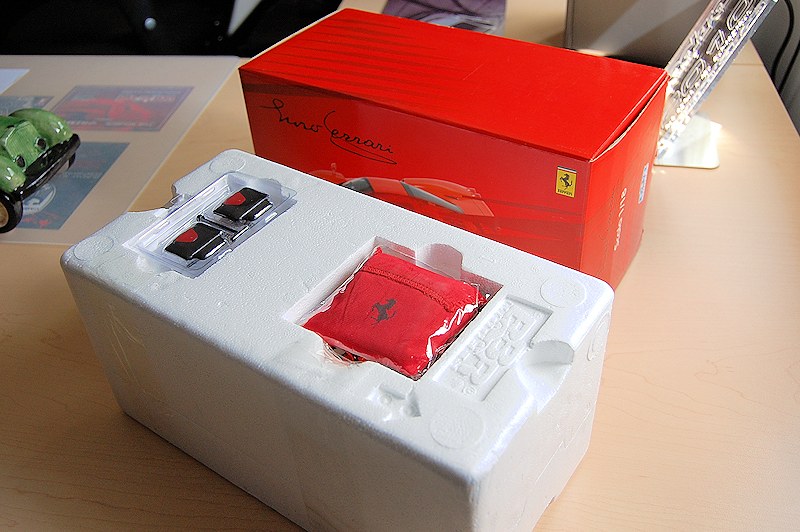 So what do you get for a $300 diecast model from BBR?  The exterior box is finished in Ferrari red, featuring the car and Enzo Ferrari’s signature, quite fitting.  Inside you’ll find the typical styrofoam shell which encompasses the model.  The BBR Enzo also includes detailed instructions which highlight the various features and how to handle the model itself – definitely read them!  There is also a supplied key for the wheels, 2 pieces of luggage, car cover (this is a first!), and hood prop for the rear hatch.  Unfortunately, my car was missing the hood prop.  Though the seller has made contact with BBR, I’m crossing my fingers that I receive this piece eventually.  Why the concern? Well, in BBR fashion, this hood prop is replicated to the same standards as the rest of the model.  In the interim, I have an extra Ferrari F40 LW hood prop from Kyosho that can handily do the job. 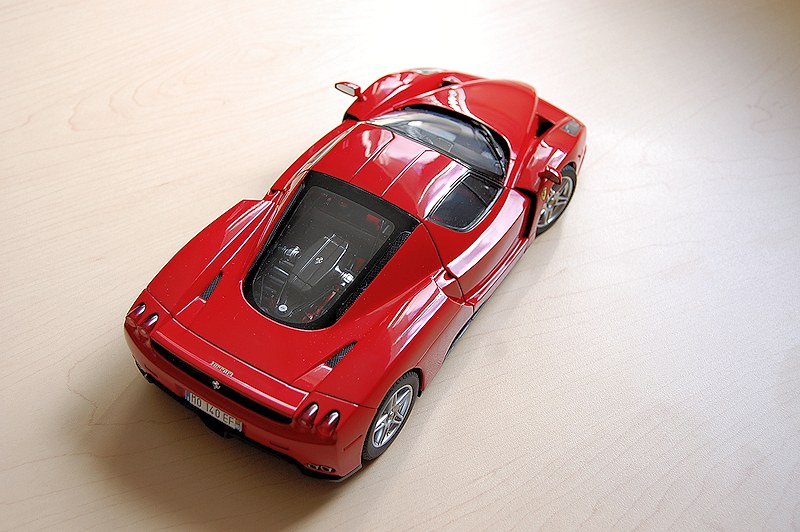 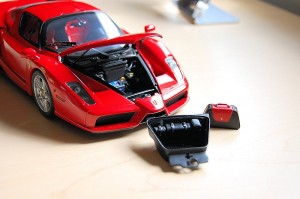 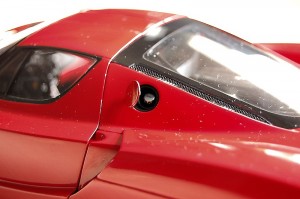 The exterior of the BBR Enzo mimics the original car nicely, though I do find the rear tires are slightly too large and the position of the front brake calipers a little too high based on the original car side profile.  The paint is good throughout.  I would compare it to your typical Kyosho finish.  A neat feature is that the gas cover is functional (this was a big thing back in 2005 but not so much today),  and once opened, reveals a nicely detailed gas cap and surround – I do however suggest you open from the inside, as this will ensure you do not damage the exterior paint.  The front of the car is where you definitely see the F1 influence on the Enzo.  Split centre spoiler and perforated grilles add to the overall realism.  The centre emblem and headlights are very detailed too.  The rear is much the same, featuring perforated upper and lower grilles which both reveal various bits of the V12 beast under the hood.  You also get a nice view of the carbon fibre undercarriage here, nicely executed on BBR’s part.  The rear spoiler is also functional – something you do not find on the Hot Wheels Elite release.  My only concern is the use of stickers on the rear taillights for signal and reverse.  A model of this calibre should have more than stickers. 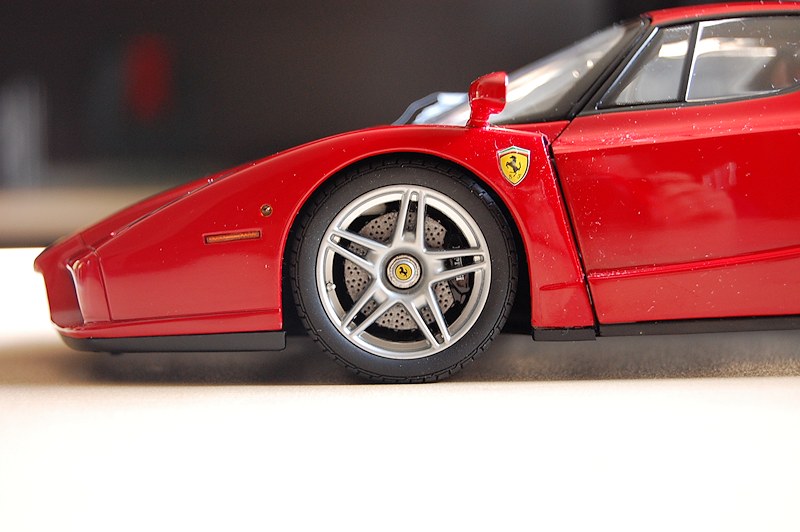 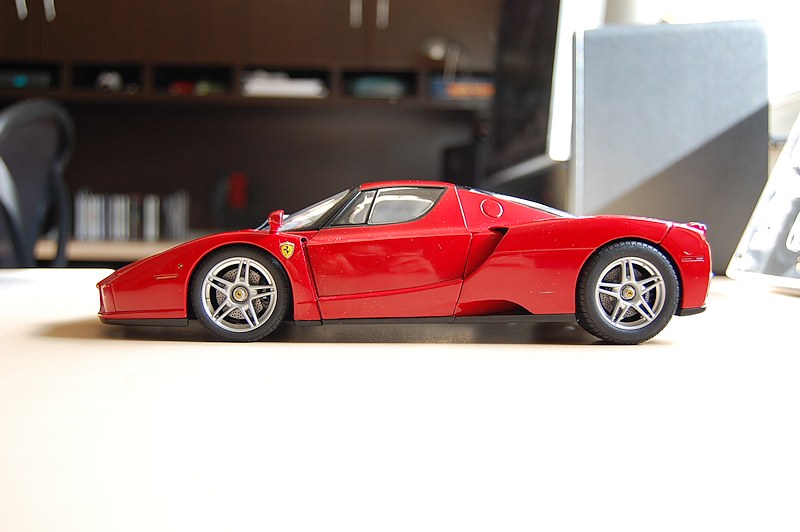 The wheels are beautifully executed, and like CMC models, the car is supplied with a key to remove the centre nuts, which allows the end-user to remove the wheels from the car.  I do however find the ceramic composite rotors a bit too crude, and like I mentioned above, the front calipers are sitting at 3 o’clock when they should be down at 5 o’clock position. 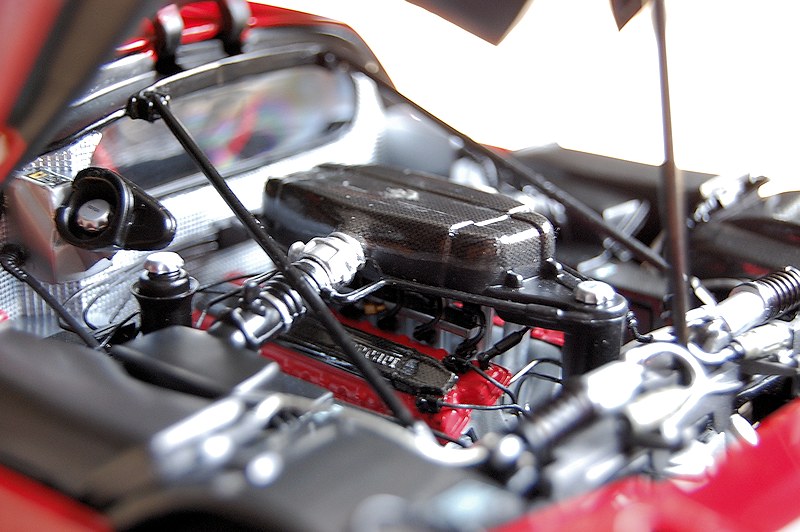 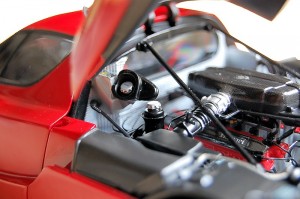 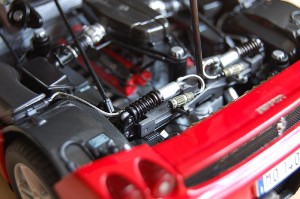 The engine compartment is where the BBR Enzo excels!  The detail here is quite exceptional, maybe not to CMC standards, but leaps ahead of Hot Wheels Elite.  There is a lot of attention to detail here, firewall, carbon fibre bits, wiring, suspension; the list goes on and on.  I’ll let the photos do the talking here.  The front storage area features two levels of detail, with the upper area featuring a removable piece of luggage and various fixed bags.  Lift this piece forward to reveal the second level of detail.  Here you will see the exposed battery and various other components.  Nice work BBR! 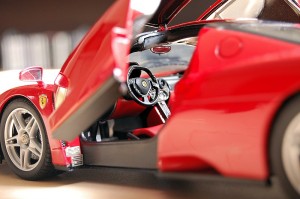 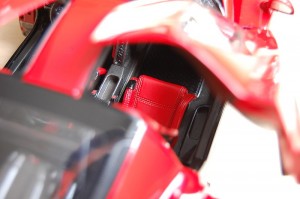 My favourite piece of the interior is the execution of the hinge work for the doors.  It is quite remarkable what we can engineer in such small scales.  I tried to capture this in the photos for you.  Though a work of art, the doors don’t open as far as one would want when comparing to 1:1, I’ll still give BBR an A for effort here!  The finish on the interior is quite exceptional too.  Carbon fibre work is good and works well with the red/black two-tone interior. The definition can be found in the red stitching on the doors, the nicely appointed seats and dash, the OEM badges found on the driver side door with the vents on the opposite side.  This is usually something overlooked by a lesser brand.  One thing I especially liked was how BBR executed the finish behind the centre console/back compartment of the footwell.  It is 100% complete and not just an afterthought.  Well done! 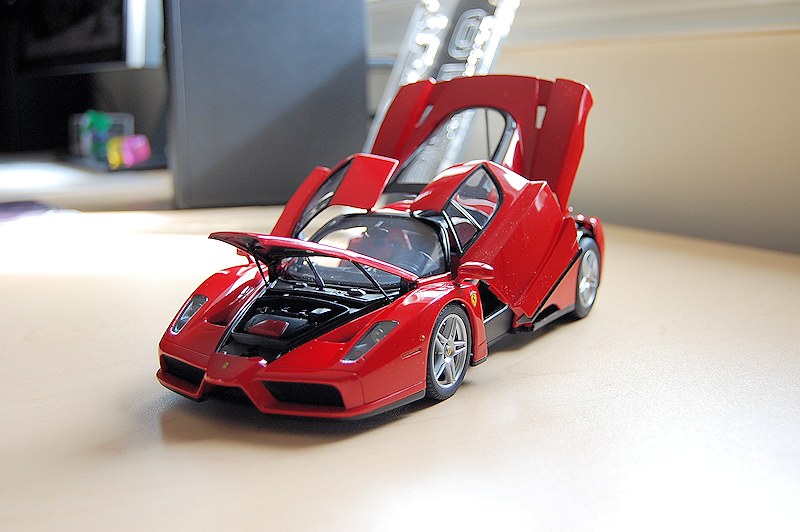 Now I’m definitely aware that not everyone would spend the money on a BBR model.  Believe me, I was on the fence for the longest time.  I’ve been collecting off and on since the mid 90’s so I thought it was time to finally see what the excitement was all about.  I also think we all should have some form of BBR content in our collection. Also, it had to be diecast and it was either going to be the Ferrari Enzo or the BB512.  Enzo won based on the price.  The car definitely excels when compared to the Hot Wheels Elite counterpart, but does it wow you enough for potentially 5-6 times the price?  No.  Unless you’re a diehard Ferrari fan, this is not a required piece or upgrade.  Some may disagree, but this is what makes us human.  Enjoy the pics! 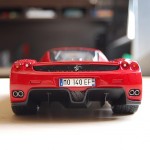 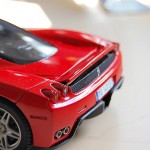 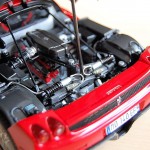 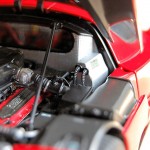 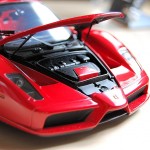 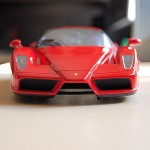 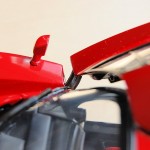 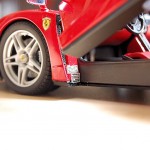 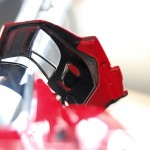 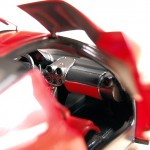 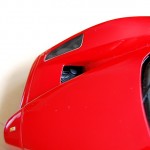 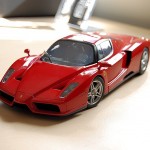 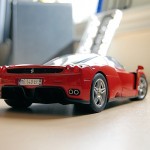 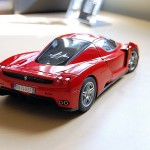 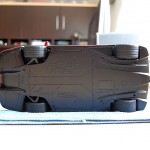 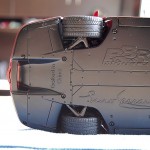