When it comes to a modern classic, many would assume the likes of a Carrera GT, F430 Scuderia or Murcielago SV. But what exactly does modern classic mean? Simply put, modern classic is a perfect blend of modern styling and traditional in a sense… aka something that’s timeless. Well, the LFA is just as synonymous as it is revolutionary.

AUTOart’s newest (ahem…latest*) addition is the highly anticipated re-release of a rather sought-after, discontinued Lexus LFA. Already owning the 1st release, as well as the Nurburgring version, the latest release is a welcomed addition. But what exactly is different between this and the original diecast release? Well… continue reading below! 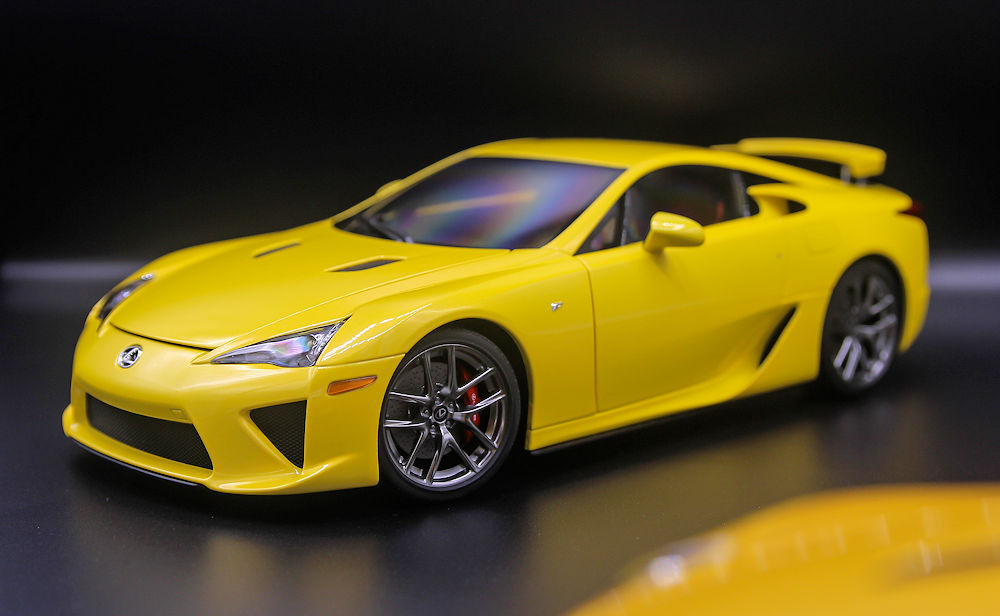 Let’s start with the obvious elephant in the room. The model is now composite, rather than full diecast as it was on the 1st release. There are now MULTIPLE colours to choose from Pearl Red, Pearl Yellow, Pearl Blue, Passionate Pink, Whitest White, Whitest White/Carbon Roof, and Matte Black. I went with the pearl yellow for two specific reasons; it was the colour I was missing from the original release and WELLS also released their take on the Lexus LFA, which I will compare and highlight in detail, in a separate review.

Given the fact that the LFA’s now composite, corners and gaps are sharper and tighter than before. When you compare the model next to the original diecast release, you’d realize that there’s more definition in the body lines. Door sills are far more realistic looking.

Coming to the vents, for those that have the original AUTOart LFA, you’d remember how much of a disappointment the rear vents under the taillights were. It was one solid piece of plastic that wasn’t even perforated. (I know they did resolve this issue with the Nurburgring release). Well, I am happy to say that every vent on the new release is perforated! Not only that, both the taillights and headlights offer more definition. The same can be said for the rear Lexus badging, as on the original release, it seems like AutoArt just slapped some stickers on. With the new release, the badge is a completely separate piece. 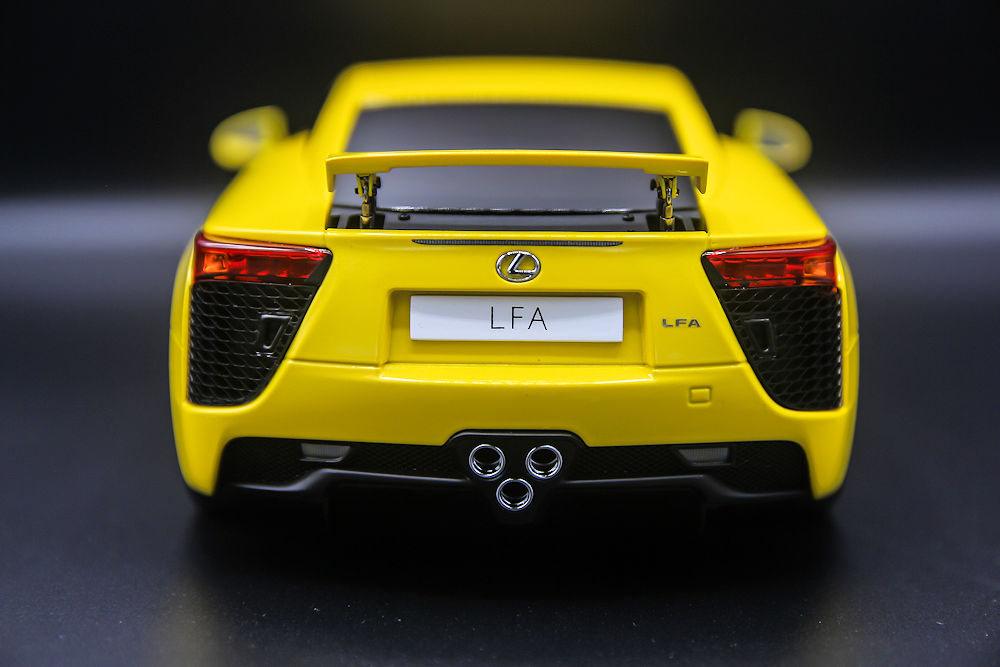 The interior is where I feel the model shines the most. Going with the McDonald’s colour scheme with a pearl yellow exterior and red leather interior, this car definitely pops. I’ll be honest, as much as look at the original diecast version vs. the re-release, I cannot find one singular difference. I wouldn’t be surprised if AUTOart used the same interior from the original release and slapped it in the newer one. I mean, why fix something when it’s not broken? 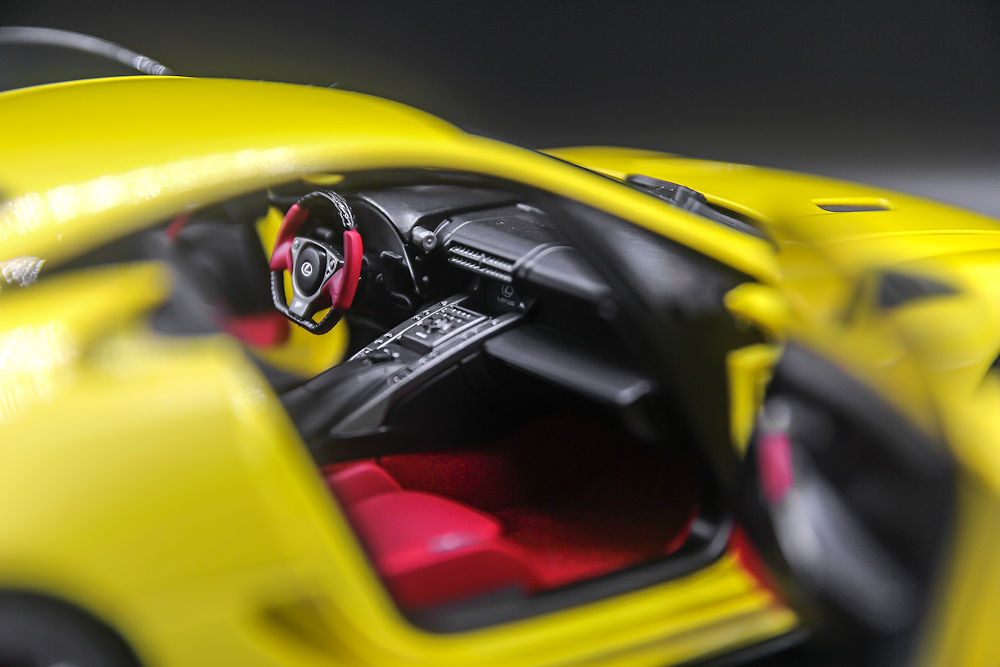 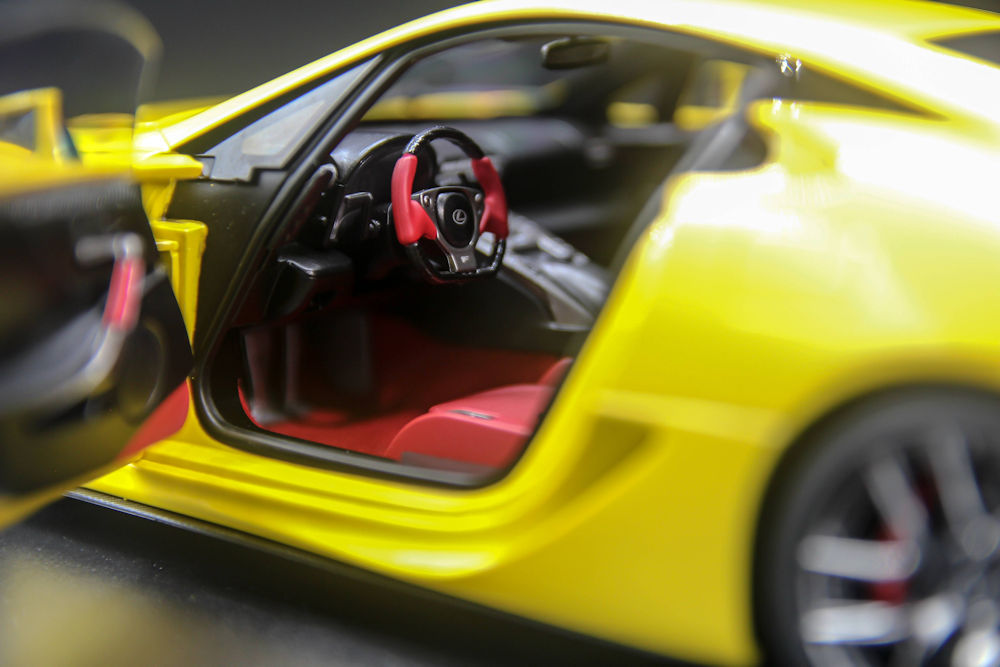 The motor is pretty well detailed. Just like the interior, I couldn’t find any differences between the original release and this model, other than the carbon fibre texture on the strut bar being more detailed. Underneath the undercarriage, you’d be able to find detailed bits of the motor and suspension, however, just like the real car, most of the goodies are covered by a plethora of carbon fibre panels. 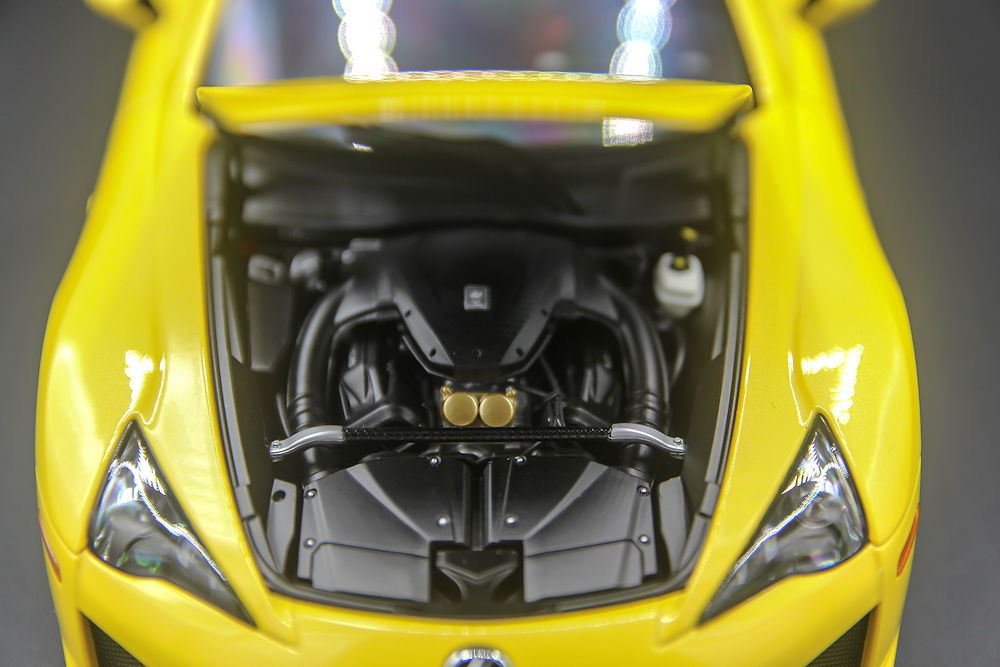 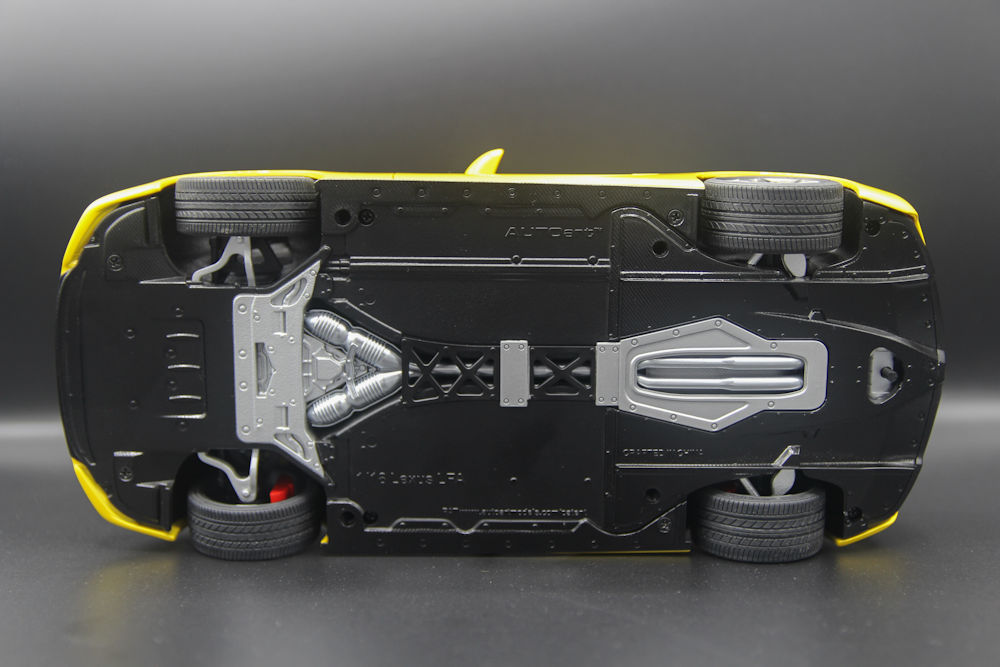 I’m sure a lot of collectors would agree, that wheels tend to be AUTOart’s strong suit overall. The same can be said about the LFA. The wheels are nicely executed, and the black chrome alloys are wrapped in finely detailed Bridgestone Potenzas. Inside the wheel, you’d be able to see the classic LFA red calipers inscribed with the Lexus logo and large rotors to add to the overall realism of the car. 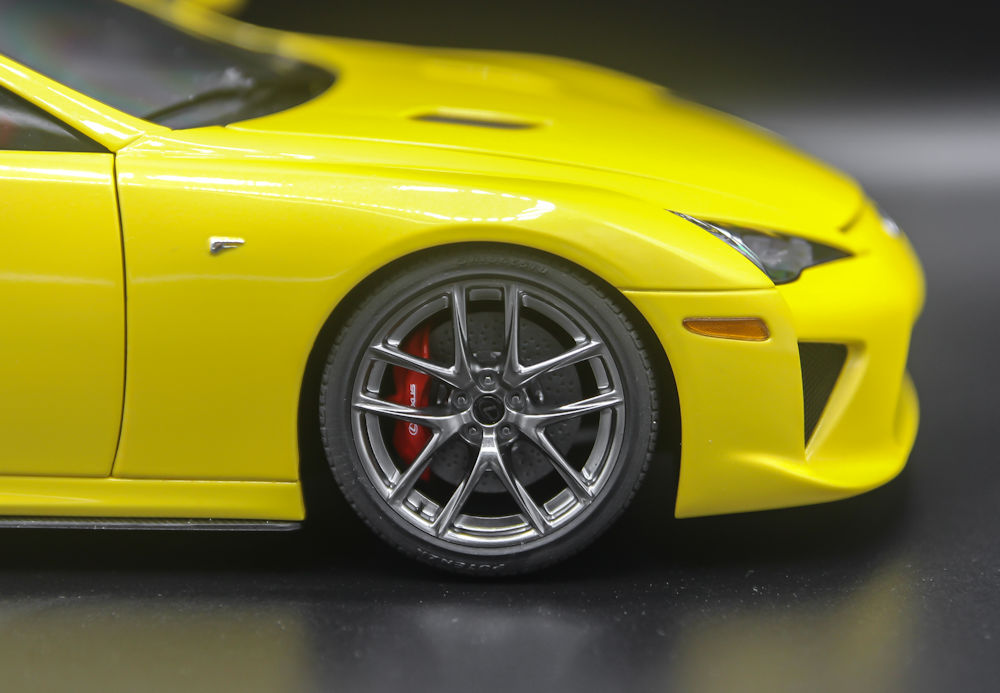 I’ll be honest, the only reason AUTOart is re-releasing some of their classics, is simply because the demand is still there. So, what is the verdict? Well, if you are a supercar collector, Lexus enthusiast, or simply one of those collectors who missed out on the original release and don’t want to pay the exorbitant prices the 1st editions now fetch, this is a nice addition to the AutoArt lineup. Even though detail-wise, it doesn’t differ that much from the original release (minus the obvious weight difference and benefits of composite), the LFA still holds a near and dear place in my heart, that if you’re willing to forgo the fact it’s no longer a diecast, I’d definitely recommend this.