AUTOart is an Asian company, so needless to say, they love their cars and give them due attention. No effort is spared in getting all the details down as accurately as possible. Nissan is particularly big, as it is home to the revered Skyline, nowadays known simply as the GT-R. I have three of them now: the R32 ‘Calsonic’, a.k.a the original Godzilla, this ‘Sumo Power’ GT-R, and a Super GT Series version, which will also be reviewed shortly. While the other two GT-Rs raced in the Eastern hemisphere, this white and black monster participated in the 2010 FIA GT1 World Championship, and did mostly well, with top 3 finishes in Brno and Paul Ricard, placing it 6th overall in the Manufacturers’ Championship standings, and netting its drivers 9th place (out of 62) in the Drivers’ Championship. AUTOart took up the task of replicating it in 1/18th scale and, as soon as you open the box, you’re quite pleased with the final result. 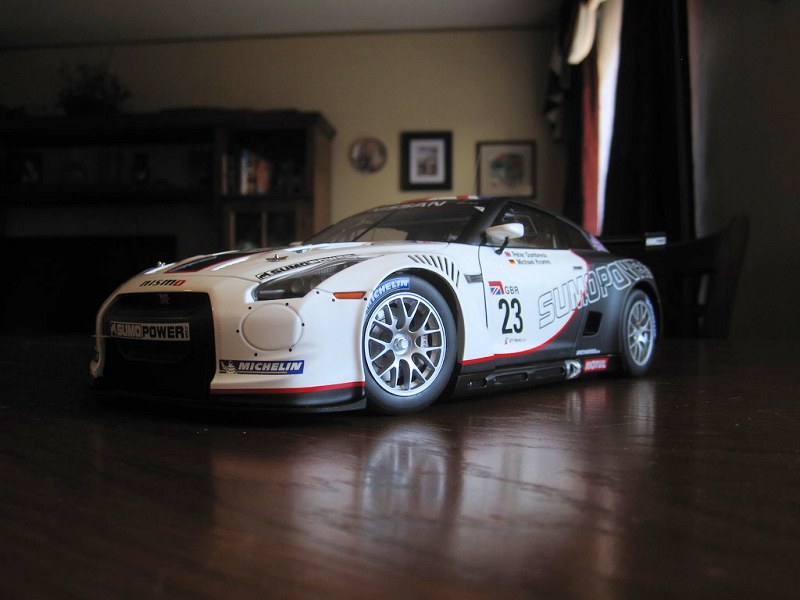 This thing has presence. Whether it’s the black and white colour scheme, or the shouty Union Jack on the roof, or the giant “Sumo Power” plastered across the back, it is an intimidating car from every angle.

The paint is consistent throughout and the black is matte, while the white is glossy. The flag on the roof is tampo printed, as are all the graphics on the rest of the body. The amount of tampo hits must be immense. They even put tiny prints on the mirrors! 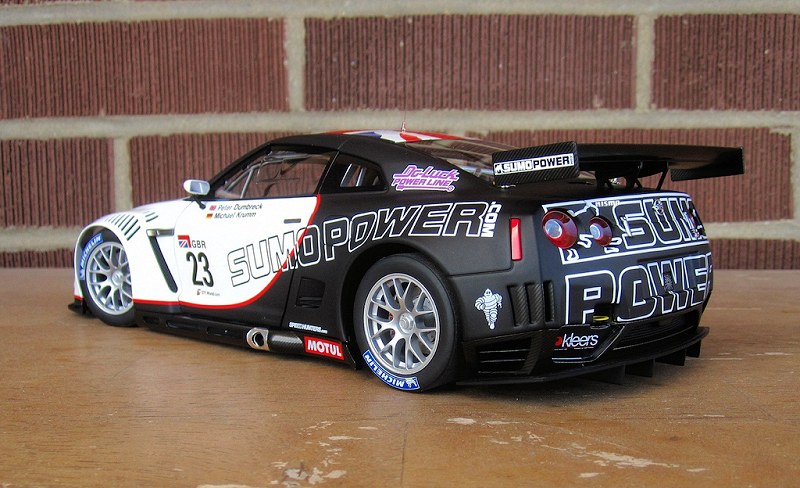 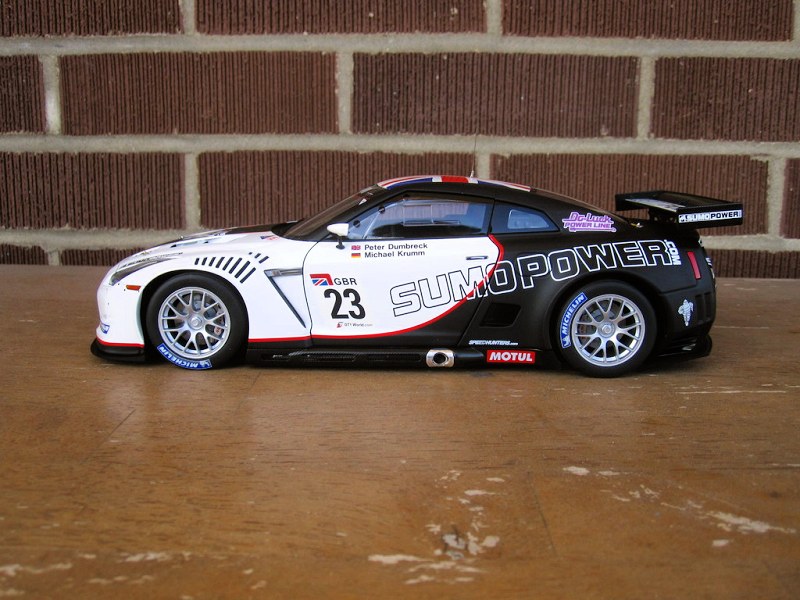 Wherever there isn’t paint, there is carbon, which is done extremely well. Some of it, like in the engine bay, is part of the plastic texture, while other parts are printed, like the headlights and the exhaust cover. 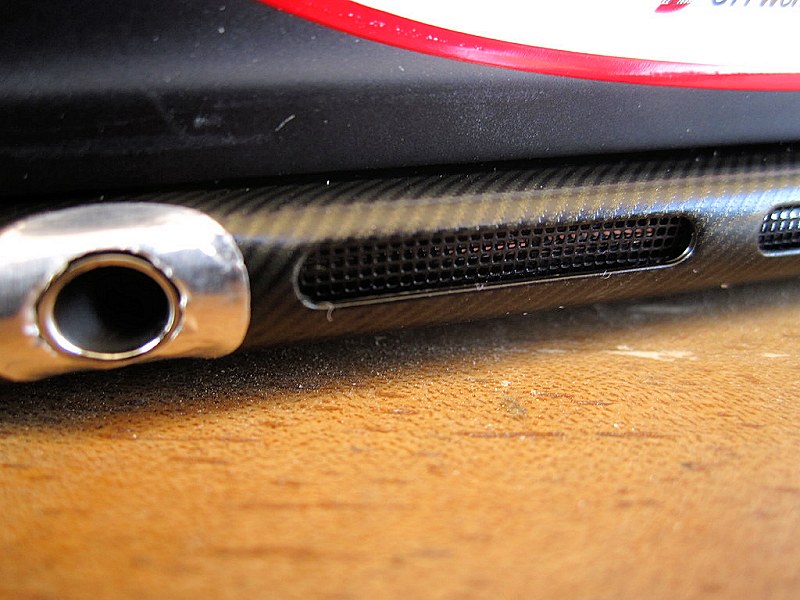 Notice, also, the awesome grille covering the side-exit exhaust pipe (which sadly isn’t even close to being hollow). As a matter of fact, there are grilles everywhere you look, all beautifully perforated. They can be found in tiny deep crevices, far beyond the reach of the human eye. I had to shine a torch light to locate them all, and I lost count at twelve.

3D depth of the various badges is very satisfactory, no stickers here. 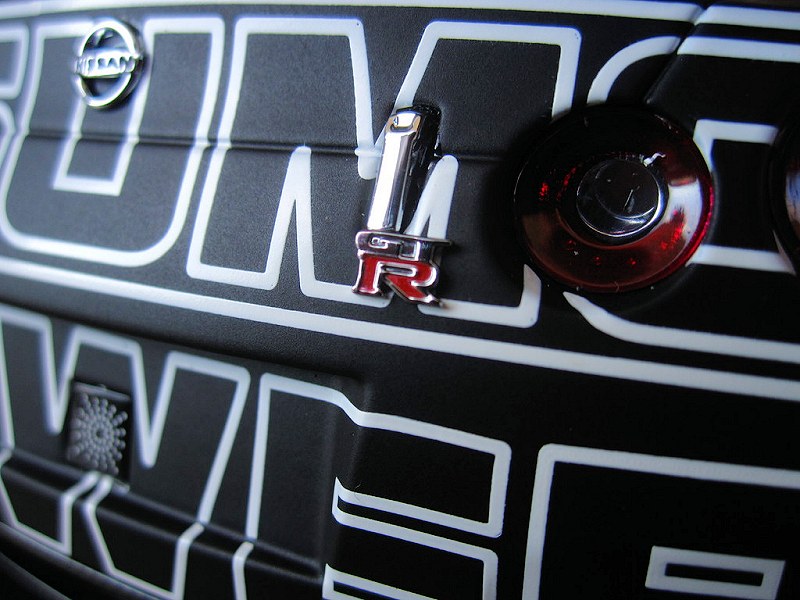 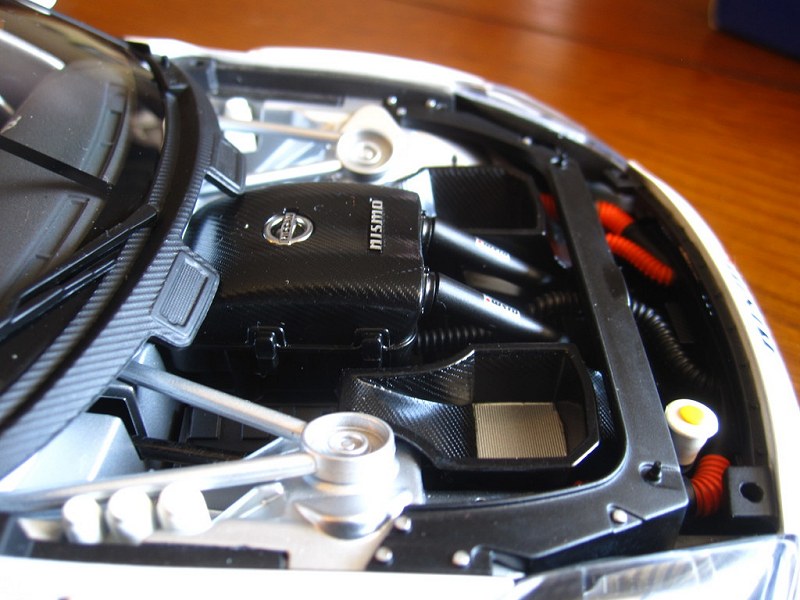 The engine is a weak point, as it is a generic piece and bears no features at all. The engine bay itself is nice and well populated with the giant air intake and various cooling hoses. I’m assuming that due to the cost involved, or at the team’s request, most of the actual detail on the engine block itself was omitted (when compared to photos of the real thing). Still, it’s not a bad looking engine bay by any means, and does not detract from the model at all. 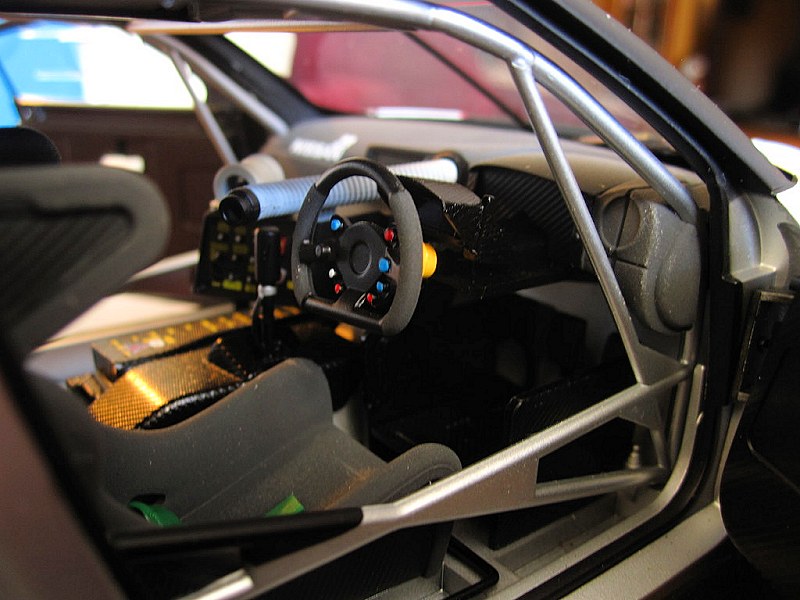 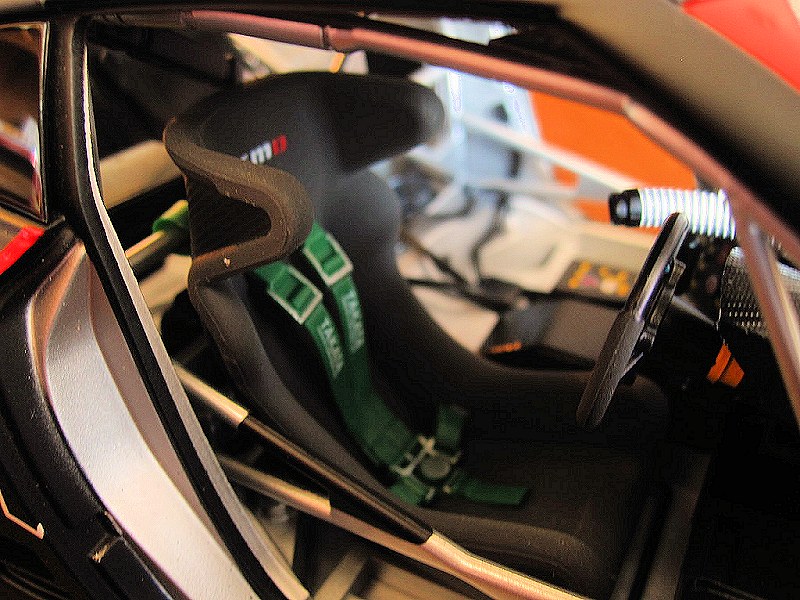 Moving on to the interior is rather hard, as the panel gaps are so tight that AUTOart supplies a tool to open the doors with. I decided not to bother, so I used my nails, but even that proved difficult. Kudos to AUTOart for utilizing such low tolerances. When I finally managed to pry a door open with my nail (which I wouldn’t recommend), I used a harmless pen to push the other door open from inside. The interior is great, and reveals a very nice amount of detail and more of – yep, you guessed it – carbon fiber. It is in the footwell, dash, door cards, fuel line, radio stack, to name but a few. As spartan as a race interior is, AUTOart managed to make it look special. 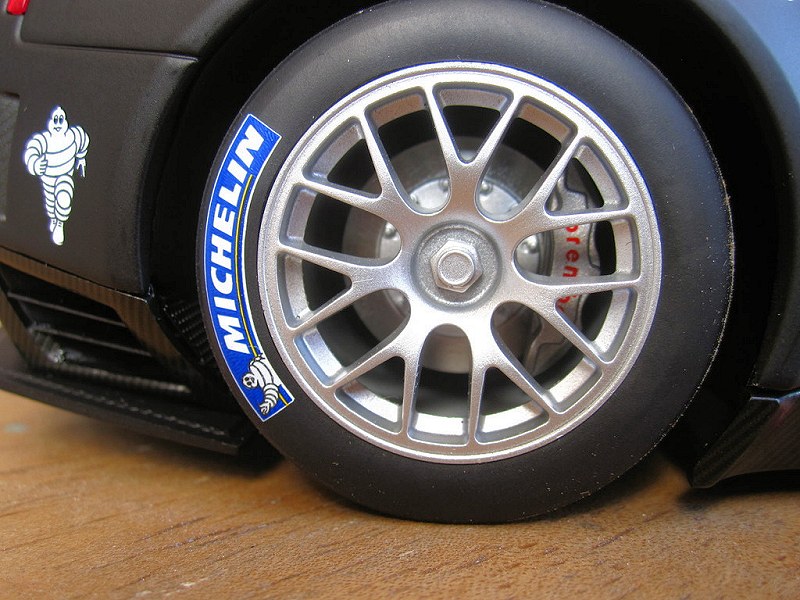 The tires are branded Michelin items (yay!), and are scrubbed to add realism. The brake calipers are Brembo items with steel discs that don’t steal the show but do the job. 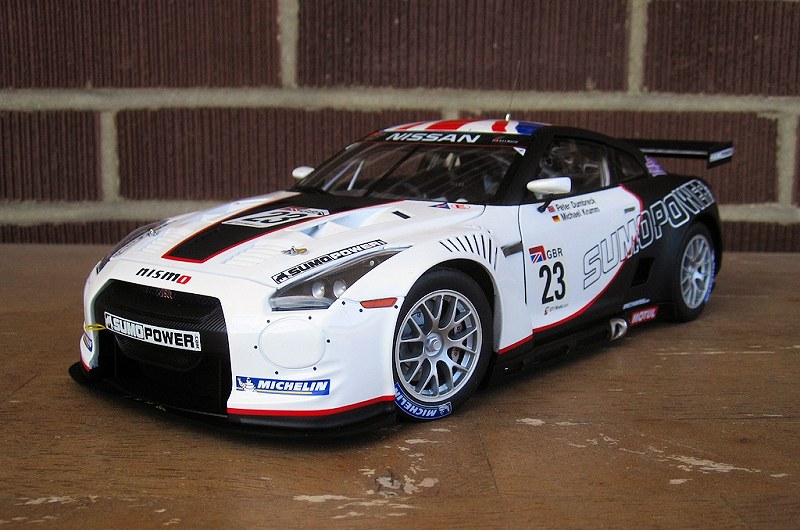 I love AUTOart’s commitment to Japanese race cars. No one out there does them as well, and for under $200, they’re not overpriced either. This mould is available in plain body, so even if you’re not into racing and think liveries look a little fussy, there’s a GT-R GT1 for you too! I am extremely satisfied with this model and I highly recommend it. 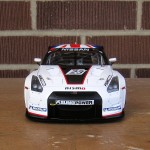 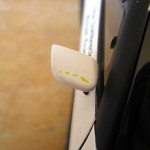 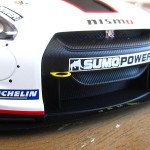 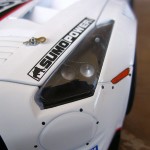 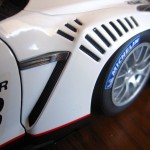 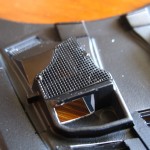 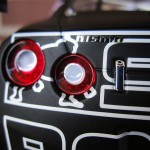 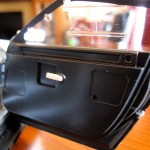 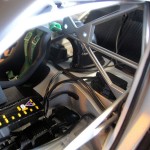 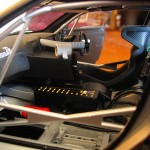 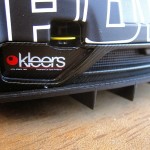 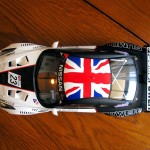 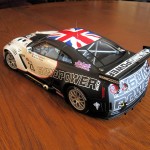