I wasn’t expecting to add this model this early, but an auction bid on eBay of $99 (my max bid) won me the new AUTOart Volkswagen Beetle Kaefer Limousine (1955) for $96 seven days later, this being much cheaper than the suggested retail of $139.  The seller was local as well so I saved on shipping fees too!  Yes, Beige exterior would not be my first choice of colour but at this price, I can live with it.  On to the “People’s Car”! 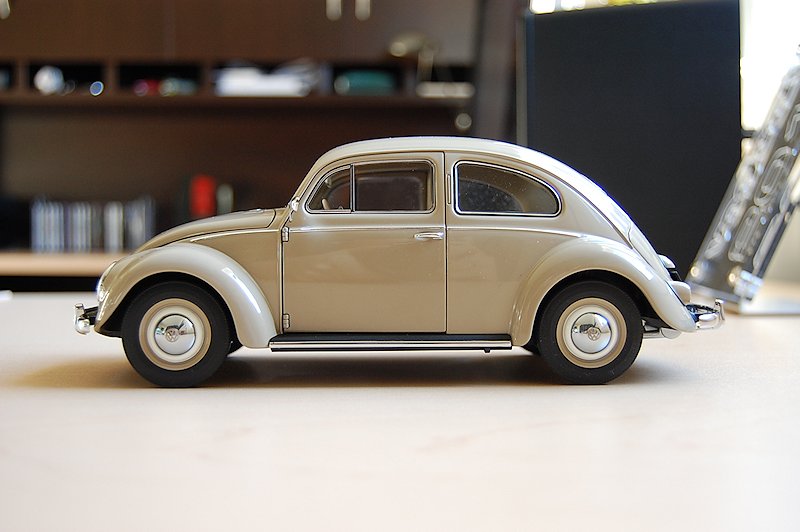 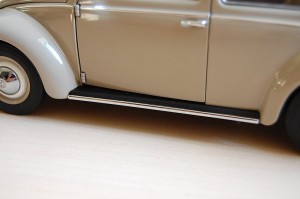 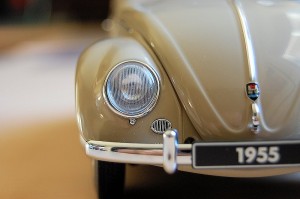 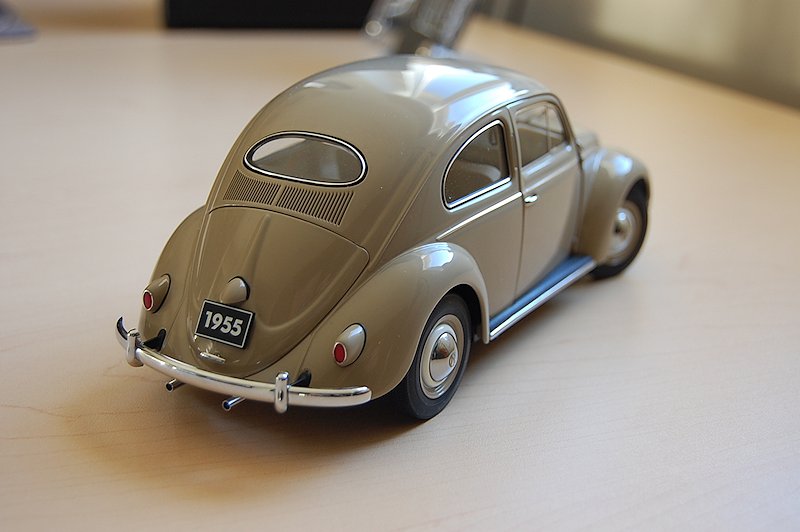 The exterior of the model captures the 1:1 really well, shutlines are good, probably better than the full-scale car itself.  One issue I did notice on my model was the alignment of the door, though very minor, it is off by few millimetres which does not provide a consistent line/flow of the chrome side moulding.  Hinge work on the doors is nicely executed with adds a good level of realism to the model.  Chrome work is good overall but could have been better on the two grilles on the front fascia, located just under the headlights – a little rough around the edges for my liking. 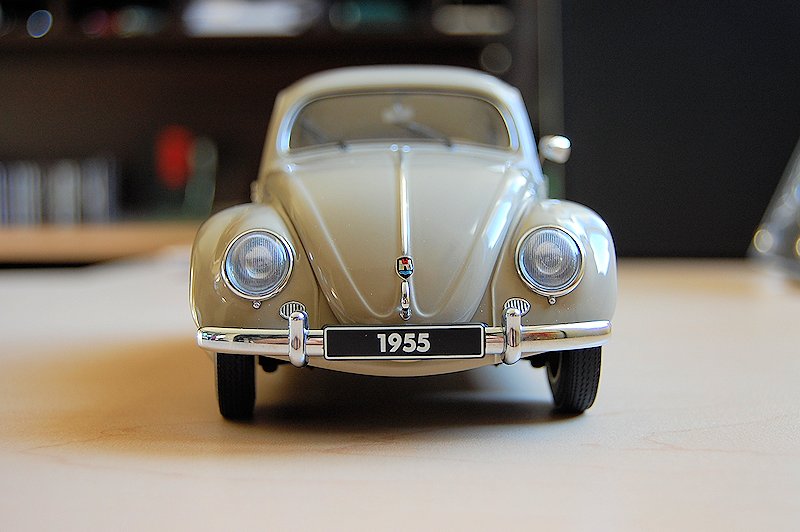 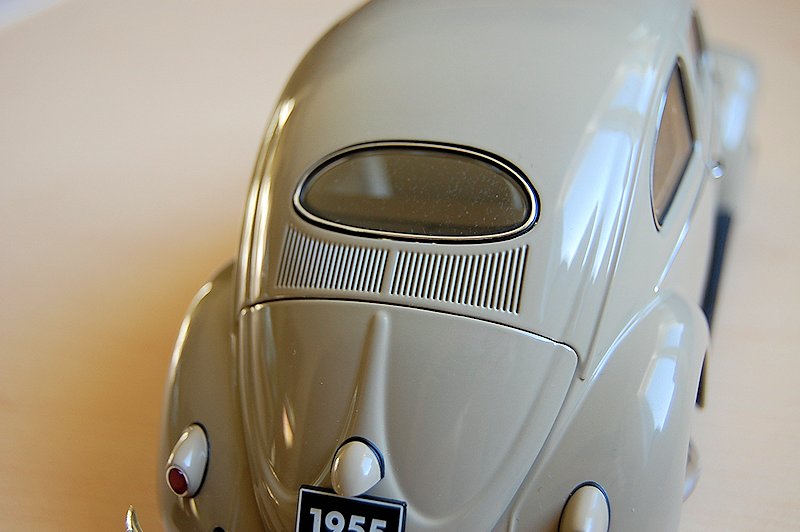 The Wolfsburg badge on the front hood is beautiful, pays homage to the motherland.  The rear features a one-piece rear window with cooling grilles underneath.  Though nicely executed I wish AUTOart would have taken that extra step.  Instead of grooves simulating grilles they should have cut right through the metalwork.  Something you find on higher-end Schuco models today. 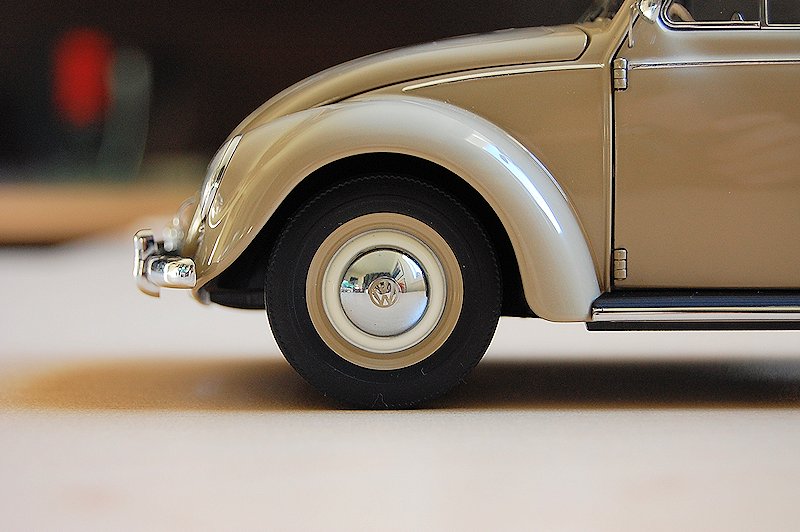 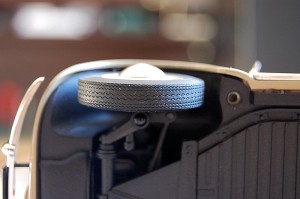 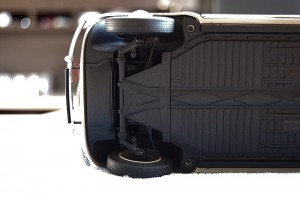 The wheels are great!  One of my personal favourite parts of the model, something about chrome hubcaps I just love.  Also, the chrome work here is by far best the model has to offer.  A neat detail that may be overlooked by some is the tires, they feature a multi grove pattern as shown in the photo above.  Well done AUTOart! 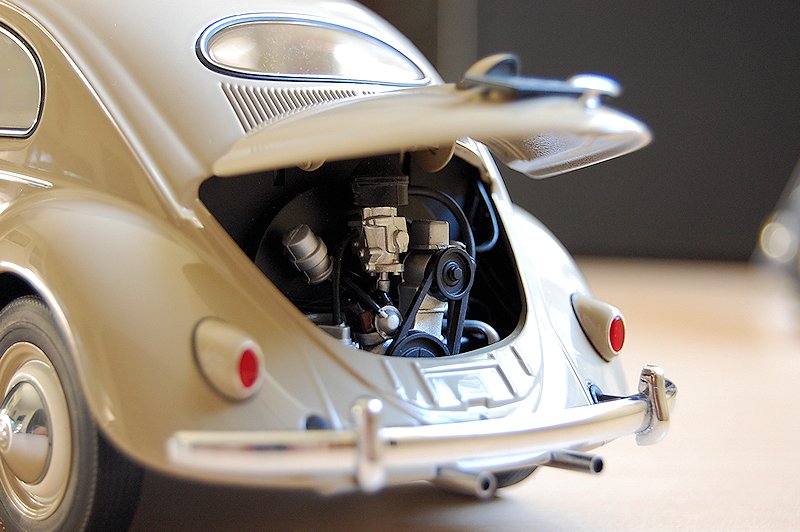 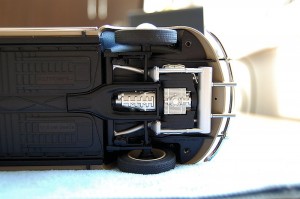 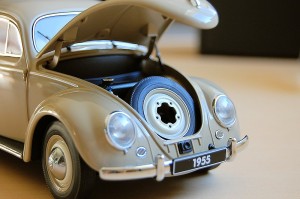 The motor is to the period, overall nicely detailed.  Nothing really stands out, mostly done in silver and black.  There is some further detail underneath the car, exhaust and transmission round it out.  Moving to the front storage area the model excels, here you will find a few added bits that really impressed me.  The removable spare tire first off, this is something rarely seen on the AUTOart model.  Also, the engineering on the hinge here is impressive, to say the least.  Well done AUTOart! 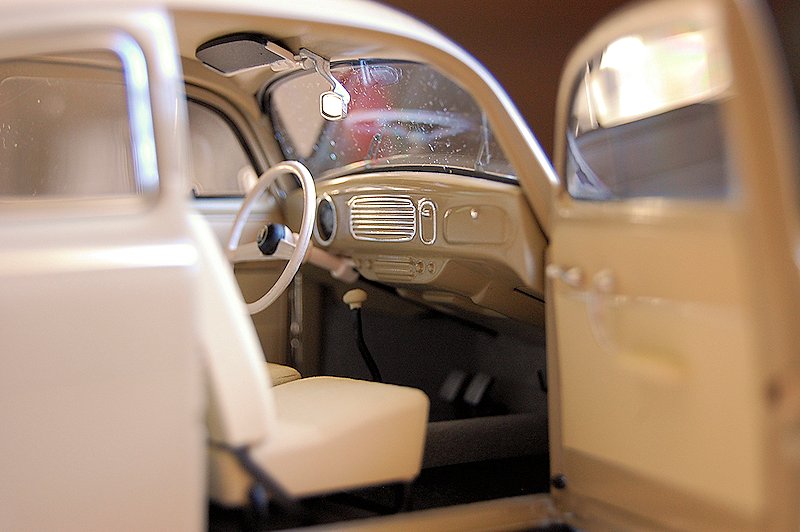 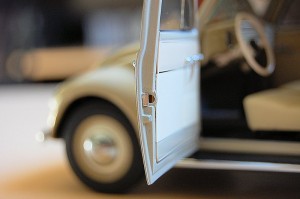 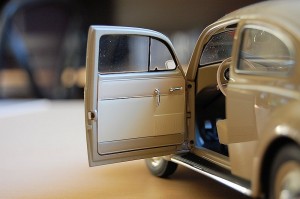 The interior is well done!  Based on photos I’ve seen of the original car AUTOart has captured everything to spec.  Overall fit and finish shout quality even though this was known as the ‘People’s Car’, where stretching the dollar came before any luxuries.  Next to the wheels my favourite part of the model.  Also to mimic the latching mechanism on the doors AUTOart embedded two small magnets in the doors to secure them in the closed position – see photo above.  Very cool! 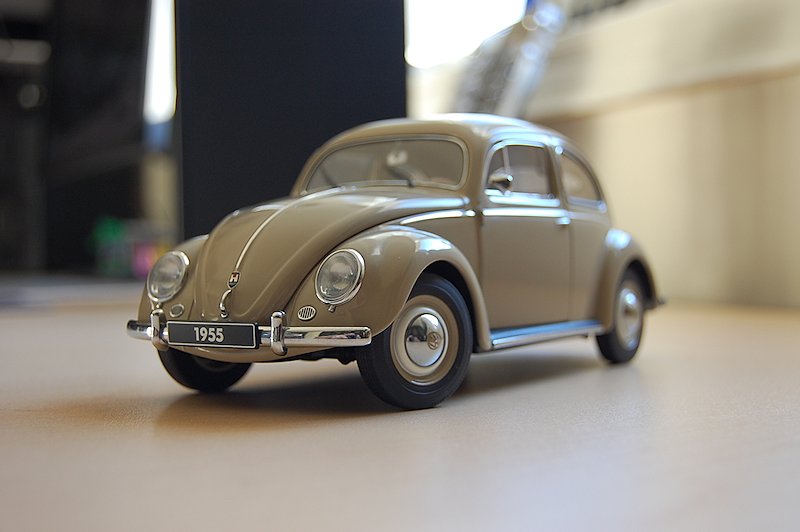 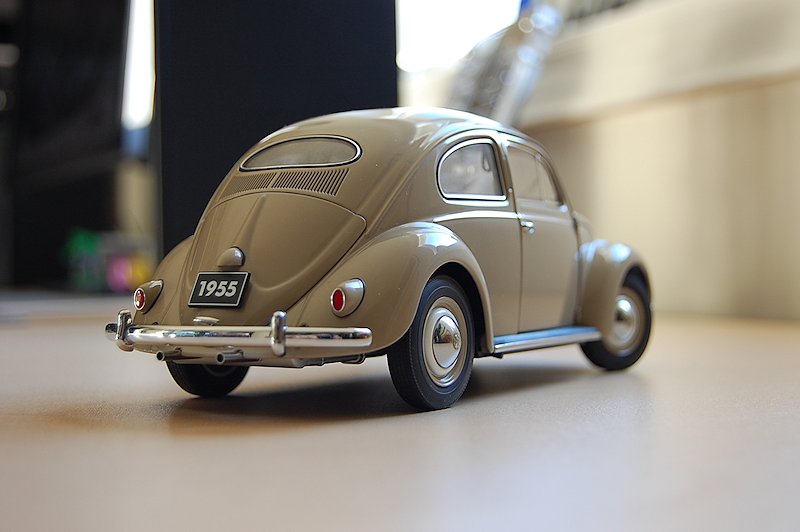 Now I know this model isn’t for everyone and the colour though isn’t flashy is period correct.  This may not appeal to the masses, however, there are other colour options available if you like  I’m a Volkswagen fan at heart, and not having this iconic car in my collection would be a shame.  I’m not aware of any other Volkswagen Beetle that has been executed to date with this level of quality, though not perfect it does shine over most if not all other options.  Enjoy the pics! 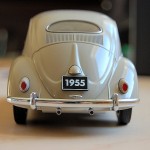 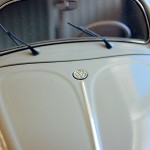 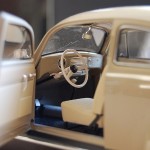 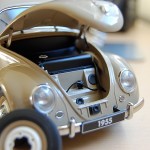 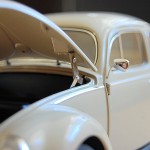 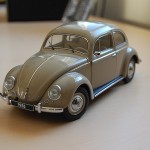 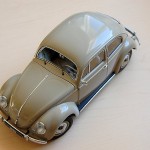 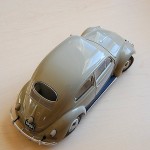 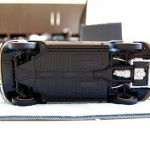