If you’ve never seen this car before, you’re forgiven, cause I’ve never seen it before either. But that’s what Automodello is known for, bringing us high quality replicas of forgotten, but once highly coveted cars. This little gem was a creation of one Norman Timbs, himself an engineer and designer of Indy cars at the time. Back in the late 40s, right after the war, it took him $10000, a not inconsiderable sum at the time, to build this streamlined masterpiece. The body was hammered together by hand from aluminum, over a wooden buck. You can see the influence of Auto Union and Mercedes cars quite clearly in those swooping curves. The engine was borrowed from a Buick, and it didn’t even have windshield wipers! Built strictly as a roadster, it could waft the driver to 120 mph in comfort thanks to a modified Ford suspension. Speaking of which, should the owner require access to the structure underneath, the entire rear end lifted up to reveal it. 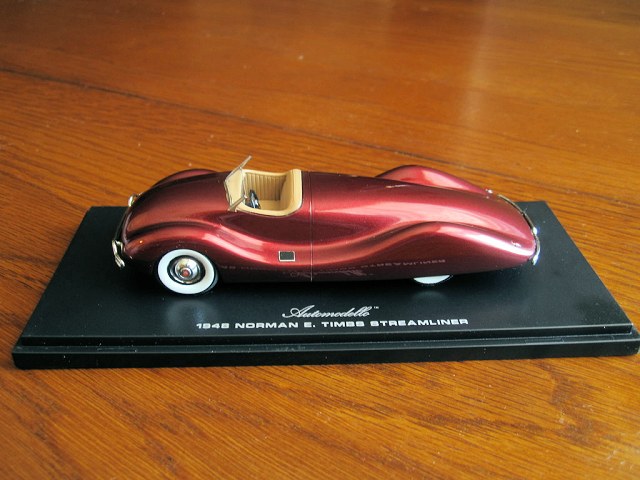 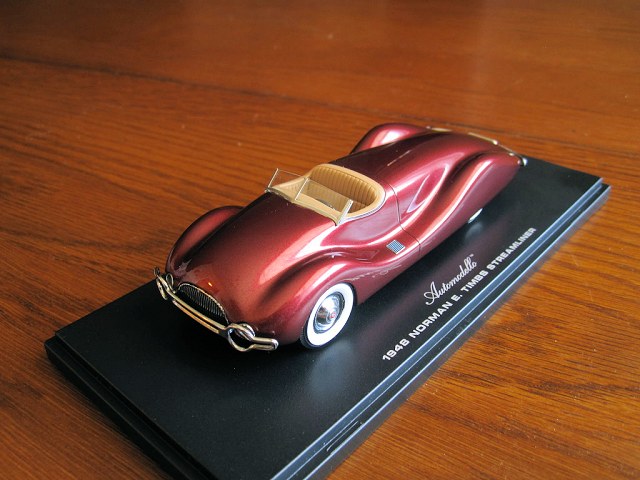 The real car was eventually abandoned in a desert, found and sold at an auction in 2002. The new owner spent almost four years trying to restore it, before giving it to a professional restoration shop to see if they could get it done in a year. It took them a further three and a half years before the car rolled out of the garage in the condition that it is in today. It was worth it too, what a beauty! 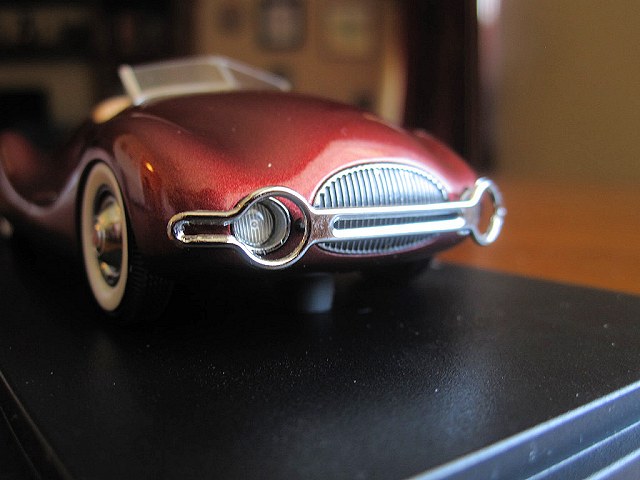 Automodello picked a really good one. The shape is spot on, and naturally, on a car so bereft of detail, paint is always going to take center stage. Luckily, the Maroon Metallic looks absolutely amazing on this model, making light dance and flirt with the curves, giving it an impression of liquid metal. You’ll keep turning it, looking at it from every angle, and it’ll keep looking good from every single one of them. This one is a real beauty. 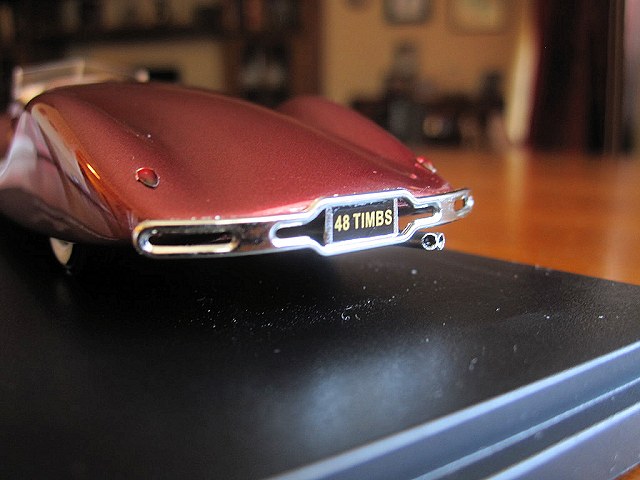 The chrome bumpers, lights, and the grille are all crisp and well-defined. The white-wall tires look great, and the chromed hub caps give the model a very tasteful amount of bling. The photo-etched window frame holds extremely thin windows, very fragile looking indeed. The cockpit is carpeted as well. 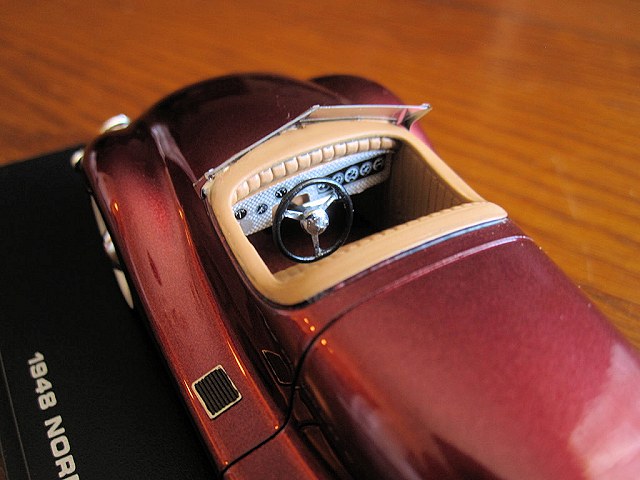 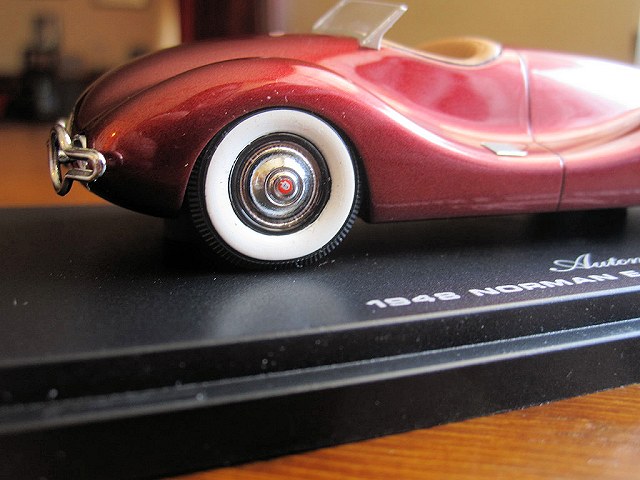 As mentioned above, the model doesn’t have an awful amount of detail because it’s the shape that is meant to hold your attention, and that gorgeous paint just compounds the effect ten-fold. This is a one-of-a-kind piece, gents, and well worth adding to any collection of American classics. Automodello did an excellent job here, and the proof is in my inability to stop looking at this model while it sits on my desk. It’s also available in white, and can be purchased at www.diecasm.com. Highly recommended! 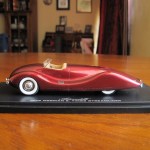 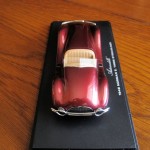 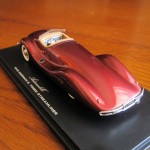 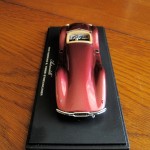 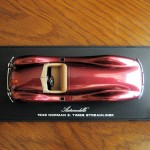 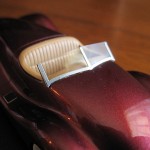