Words and Photos courtesy of jpm2002

For ages I was wishing someone would release a 1:18 version of the gorgeous Ferrari 126C2. To me it’s one of the most beautiful Formula One cars ever made. I was really excited when I saw some images of a prototype of the car a few years ago. I was even more excited when I noticed it was BBR that was going to release it, as the brand is known for it’s very detailed, fine model cars. After a few years of waiting, it was finally available. 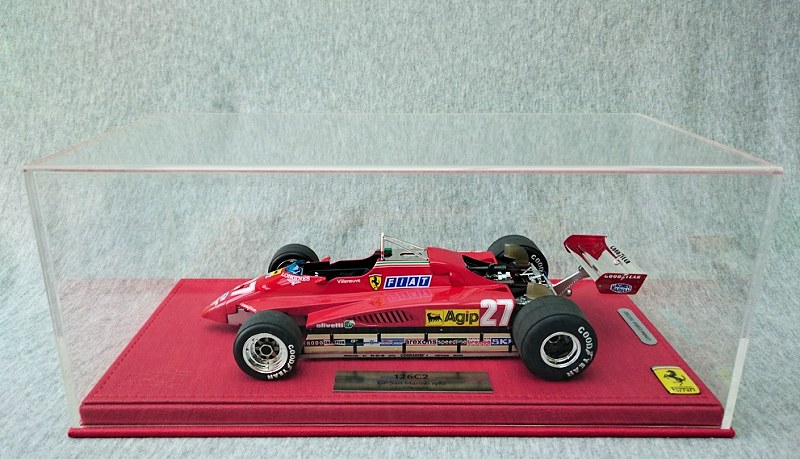 Both Ferraris from the 1982 San Marino GP were released. Race winner Didier Pironi’s number 28 car and second placed Gilles Villeneuve’s legendary number 27 car. Apart from their number, the main difference between the two cars is at the front. Pironi’s car used the front wing whereas Gilles’ car didn’t. I chose to buy the Canadian’s car because I always preferred the wingless version. Villeneuve’s legendary status also make it an easy choice.

The Ferrari 126C2 comes in a simple red BBR box. The top slides off like a shoes box and the bottom flips open to reveal a BBR logo embossed grey cleaning cloth. It’s wrapped all around the display case in the box. 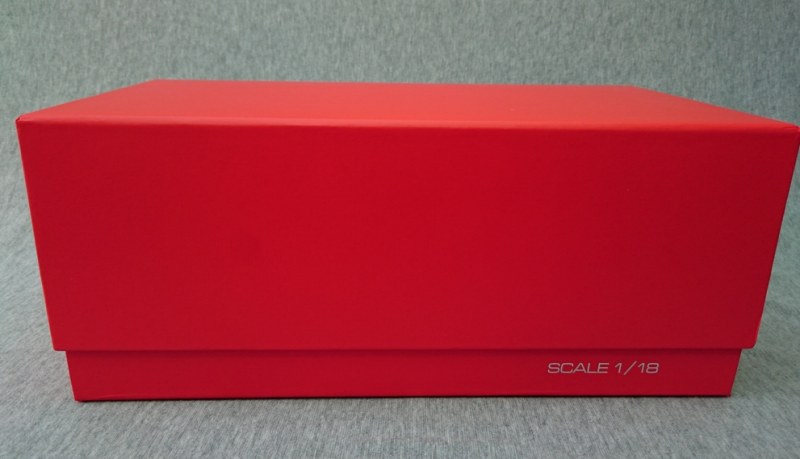 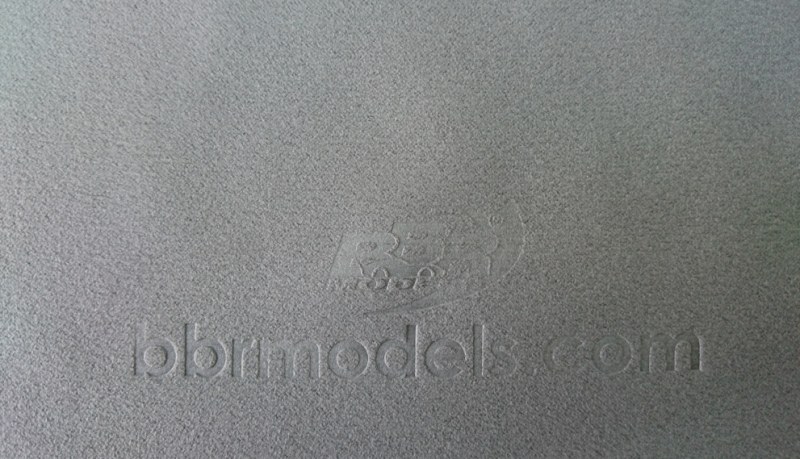 The Ferrari 126C2 is sat on a very nice red leather base which has a lot of details to it as well. Apart from the nice red stitching there are two plaques on it. One behind the car with the number of the limited edition you have (mine is 197 out of 350 pcs.) and another one describing the car, driver and the race it competed in. On the bottom right you have the rectangular Ferrari logo and bottom left a BBR logo embossed into the leather. 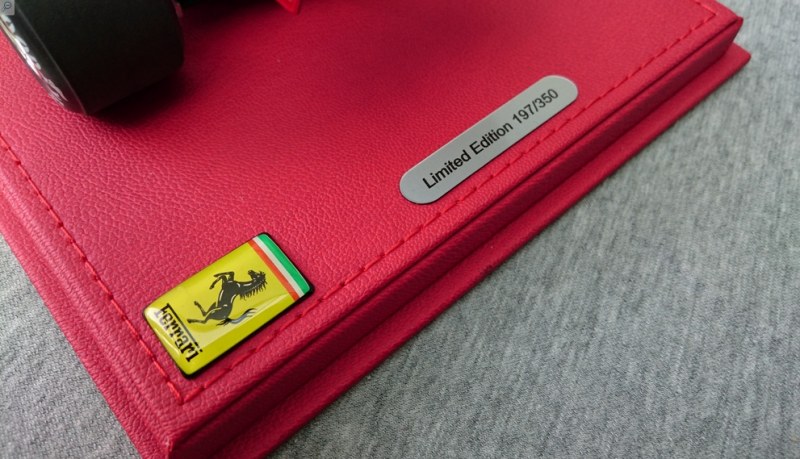 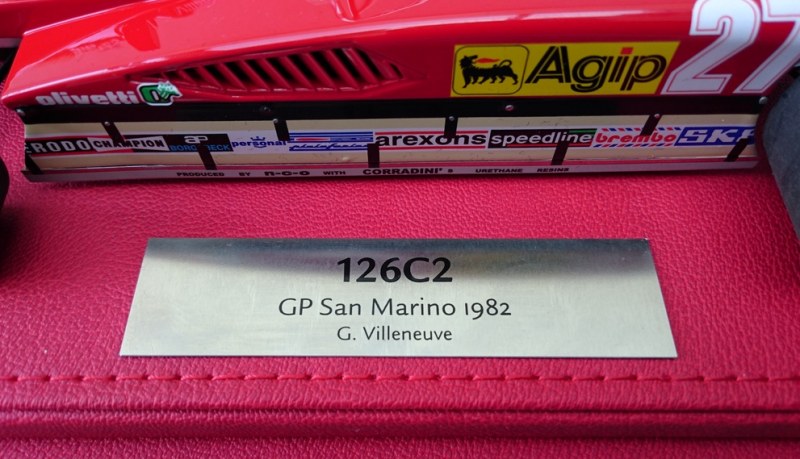 I unscrewed the car from its base for better pictures. It’s a pretty small car and quite a simple design, especially to modern standards. At first glance it looks like a quality product, even without the base. The model looks well proportioned and immediately some details catch your eye. The chrome used on the wheels, rear wing and roll bar structure pop out, as does the scarlet Ferrari red color of the bodywork. 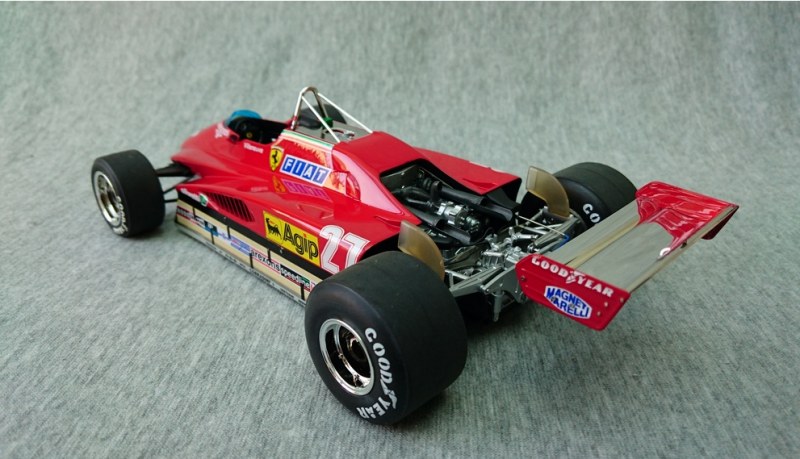 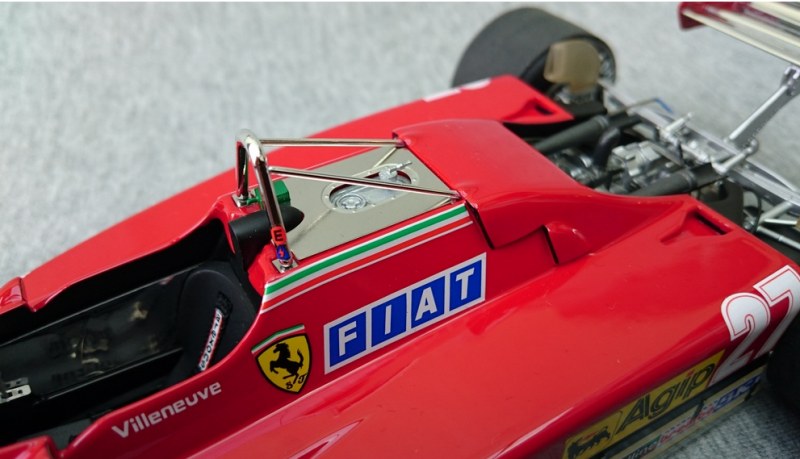 The gilles on the side pod are beautifully cut and there are rivets visible all over the sides. Looking further towards the cockpit you see the evocative combination of that name and the Ferrari badge. Inside BBR added all details possible on the dashboard, steering wheel and gear shift stick. The seat belts are real fabric and have photo etched buckles fasteners. 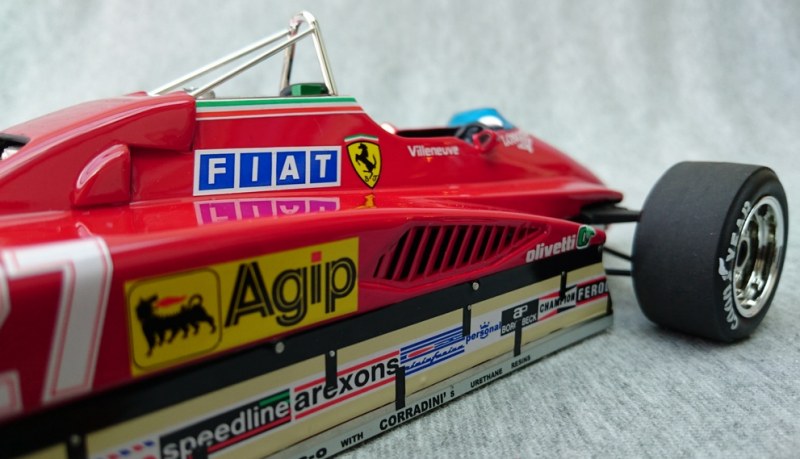 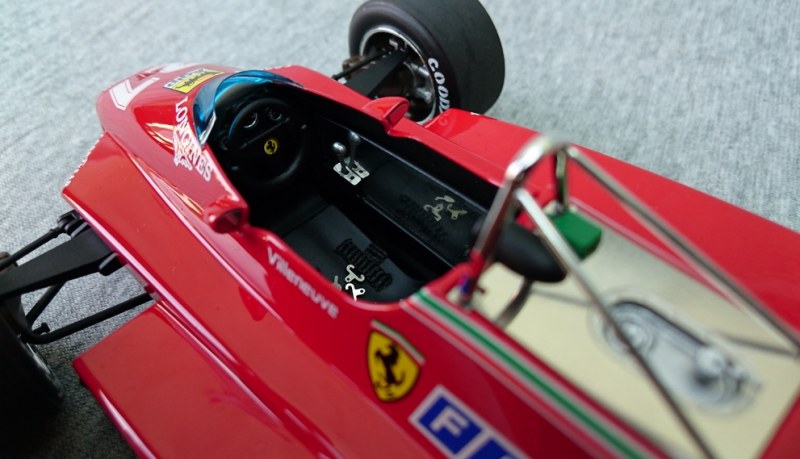 The wheels look good with the chrome rims. I really like the added extra of the tire valve. The tires look good as well, although I don’t like the ‘seam’ running through the middle. I also think the rear wheels are too fat (or the rims too small). 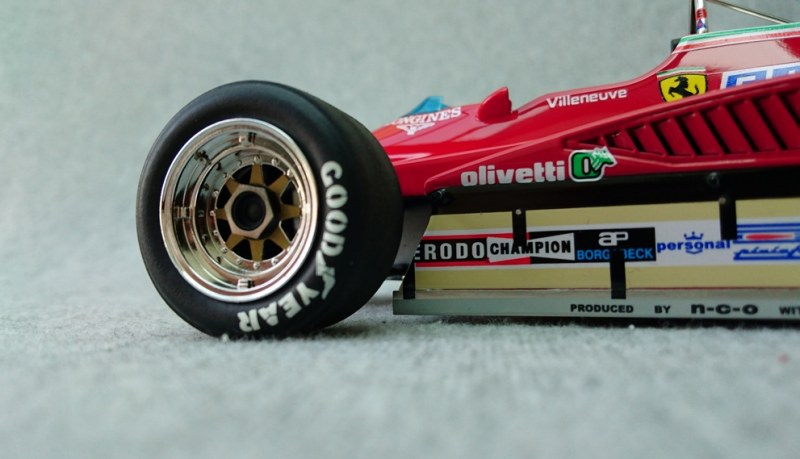 The engine is partly visible but the part that is open is not extremely detailed as you would expect. It’s all refined like the exhausts and suspension parts, and there are some cables to make it looks somewhat detailed, but it’s not really exciting. I do like the translucent brake coolers very much though. The chrome rear wing looks good. There are 3 elements that are all different pieces. A little slot gap separator is added to the top flaps. The end plates are really thin with the rivets added to it. It’s also in the correct red color, which is nice to see BBR payed attention to those small things! On the downside the wing is not dead straight and a little slanted. 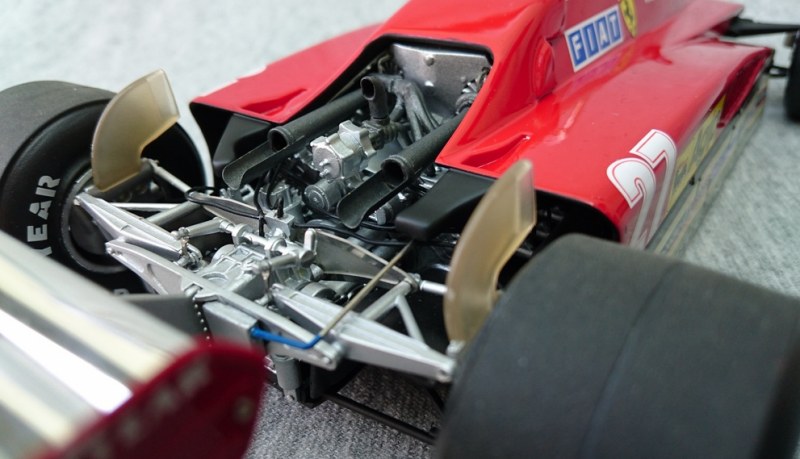 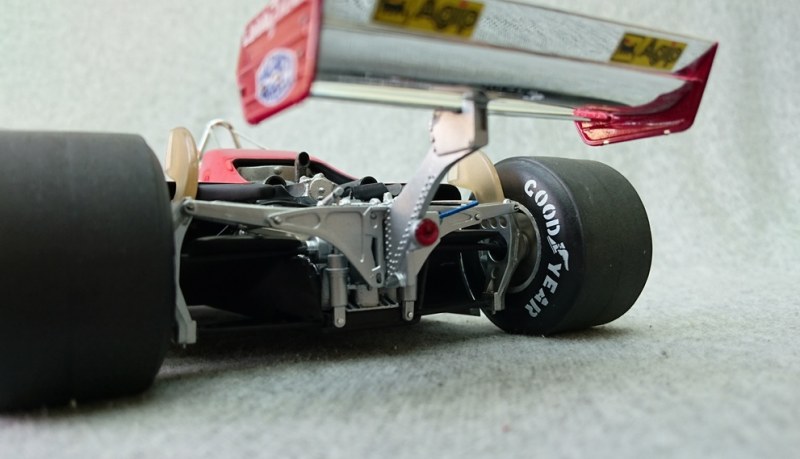 On the downside is the slanted rear wing, the lack of added detail to the engine, the size of the rear tires and a noticeable panel gap (not on all models) at the front connecting the nose to the underside. Also, the decal of the Italian flag on the right side of the cockpit also isn’t entirely straight. 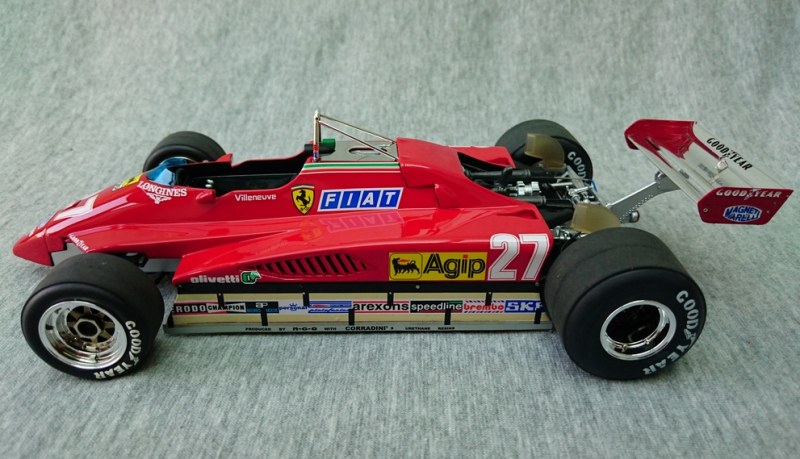 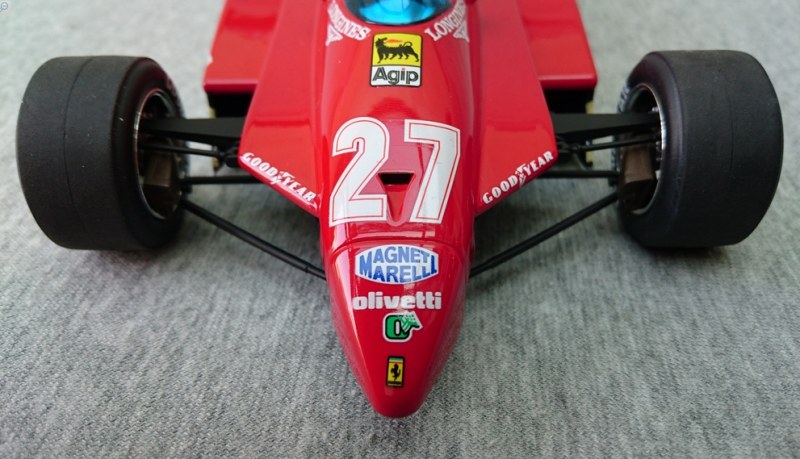 Those are just small things though, but for the hefty price tag, you might expect more. Now it looks as if they made very fancy packaging to hide the fact it has some obvious flaws. I do like it very much, don’t get me wrong (there are no real alternatives either) but my initial feeling of excitement quickly went down almost to just a “meh…”. 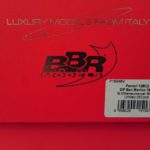 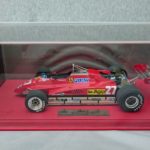 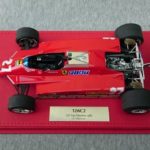 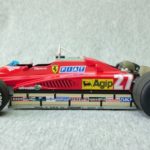 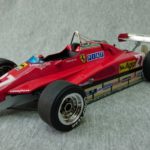 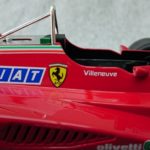 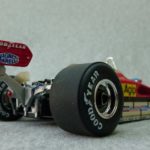 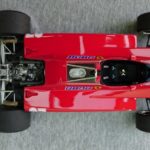 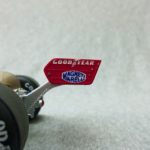