It took Automobili Lamborghini SpA several years to go from the Urus Concept unveiled at the 2012 Beijing Motor Show to finally showing the production read Super SUV in December 2017 with deliveries in the Spring of 2018 only, which means at the time of writing this review no customer has taken delivery of his (or her) Urus, only the dealer demo cars have made it to most of them.

The Lamborghini Urus is a milestone in the history of the Sant’Agata company, with a projected production of 3,000 units, the Urus effectively will double the annual production numbers at Lamborghini, they expanded the factory tremendously and engaged a lot of new people on site, just to make sure they can keep up with the orders for this new Lamborghini off-road vehicle. 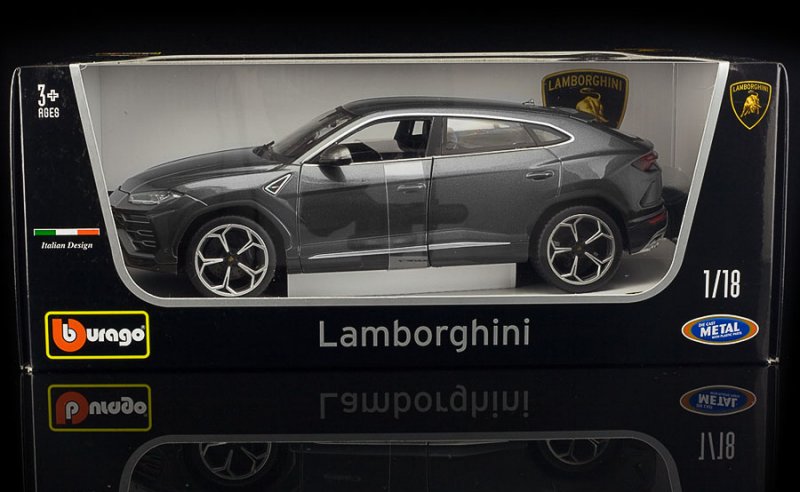 With a turbocharged V8 up front pumping out 650 hp on all four wheels, the Lamborghini Urus is capable of acceleration from 0 to 100km/h in only 3.6 seconds and can reach a top speed of 305 km/h, all while transporting 4 or 5 people in absolute luxury (there are two options for the back seat arrangement).  It is safe to say orders for this amazing SSUV have been pouring in at dealers all over the world.

A real Lamborghini Urus will set you back about US$ 200,000 before taxes, and options.  And trust me, the option list is a long, and expensive one, with several wheel options, right up to the massive 23″ factory fitted Taigete rim, the standard wheels is a 21″ Alcione wheel in silver (optionally available in titanium matt a shiny black). 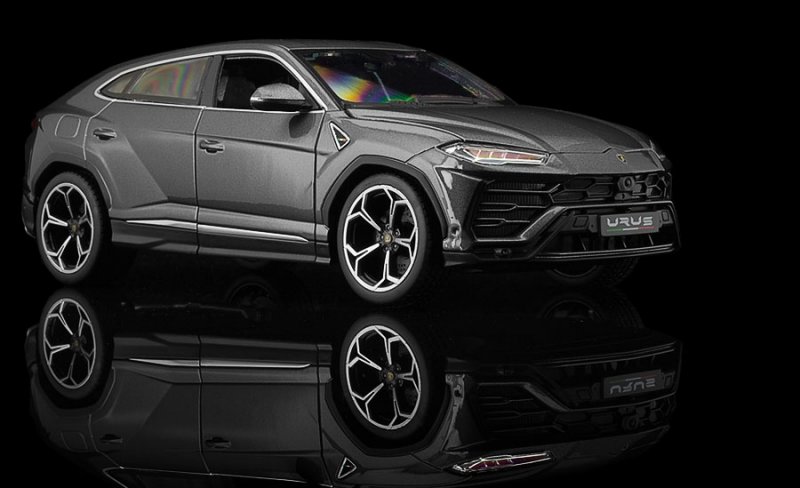 Usually, the Lamborghini Urus comes with black wheel arch extensions and lower side sills, but when you select Grigio Nimbus, Grigio Lynx or Blu Astraeus, you can opt for an integral paint job on the Urus, probably you will be able to specify this via Ad Personam later on for other shades too.  By the way, at the time of writing there was no Ad Personam available for the Urus yet.

When the Lamborghini Urus was shown to the public at the 2018 Geneva Auto Show you could probably order your real SSUV right on the stand, but for collectors like us you could also get the 1:18 scale model from Looksmart.  And this one from Bburago, both available in this Grigio Lynx shade or Giallo Auge (the launch shades). 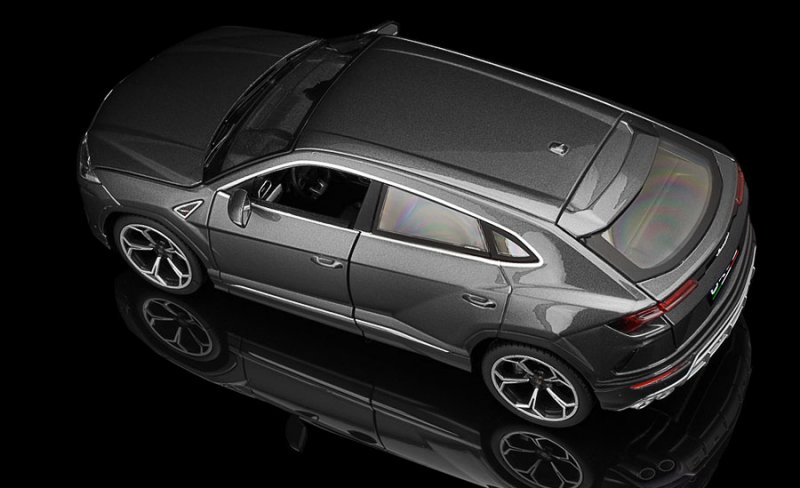 But here comes the catch, this Bburago model isn’t a 1:18 scale model as mentioned on the box, if you take the model from the box and look at the chassis you’ll notice they printed 1:20 on the bottom and that is in fact correct.  To be able to fit the Lamborghini Urus into the standard Bburago box they reduced the model to a 1:20 scale, which is really disappointing.  I still got both shades, but I would happily have paid a little more for a real 1:18 scale Bburago inside a larger box.

But we’ll have to live with that, there is no other option at this price range at the moment.  The Looksmart model is usually listed at €250 or more and is sold out at the moment, so you’ll have to depend on remaining stock at a local dealer. 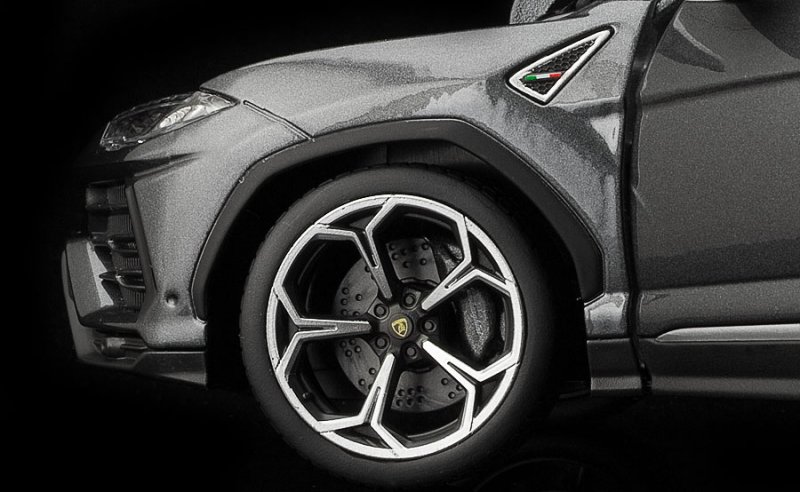 Back to this Bburago model, they went for the Grigio Lynx shade over a solid black Nero Ade interior rolling on optional 22″ Nath wheels over black brake calipers and no optional panoramic roof.  Other than the metallic shade and the wheels this Bburago has no options whatsoever, and she comes in the 5-passenger configuration too.

Despite being too small, this Bburago model is actually quite good, the paint is decent, the wheels look nice, even the disc brakes look good, all the details are present.  The headlights look really nice for a Bburago model, and when you open the engine cover you an admire the V8 engine or at least the plastic cover over the engine. 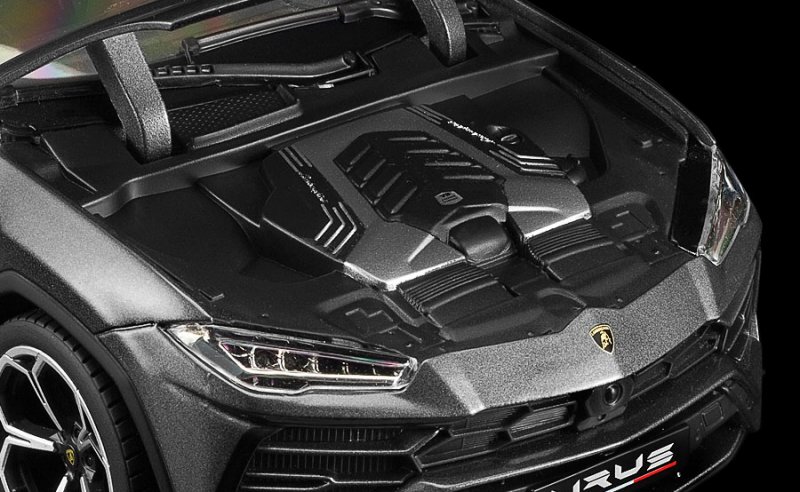 Sure there are dogleg hinges on the engine cover and the rear hatch (yes, it opens too), but it’s a €35 Bburago model.  It is more a diecast toy than a collector’s item, so what would you expect?  I can admire these models just as much as a more expensive AUTOart or an MR.  It is a Lamborghini, and an important model for that matter, so I just got both shades from Bburago.

As usual, I ask myself if you should add this model to your collection? Well, it depends on what you expect.  If you want to showcase this model next to your vast collection of BBR, MR, AUTOart or Kyosho I would pass and spend the money on getting one of the sealed resin Looksmart ones (note these are extremely heavy) or wait for AUTOart to release the Urus (I hope they will make it) with all opening features, but probably as expensive as the Looksmart.  On the flip side, the Bburago’s are only €35 each. 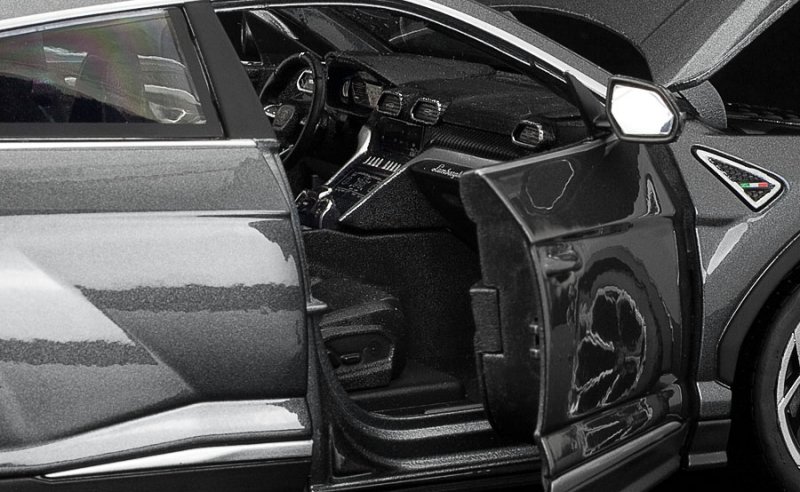 I have added both this grey one and the yellow one from Bburago, sure they are too small, but I don’t mind, I just don’t put them on display next to other 1:18 models so it doesn’t look so obvious these Urus are only 1:20 scale.  In the end, it is up to you, but for this price, you can’t go wrong too much I feel. 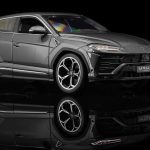 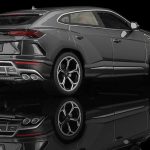 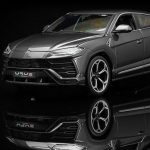 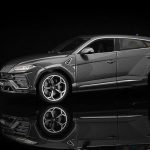 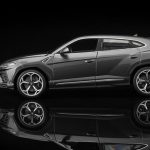 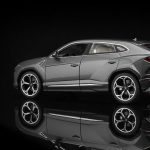 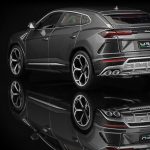 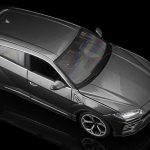 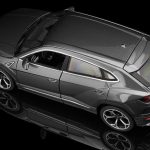 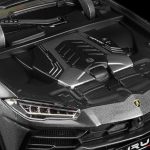 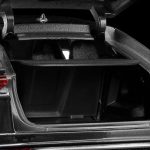 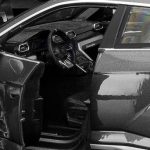 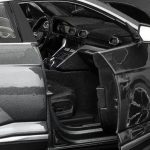 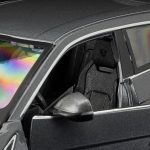 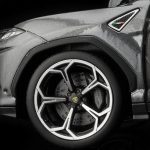 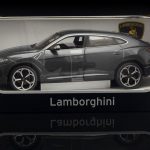 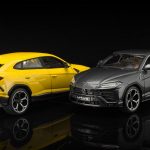