Bburago’s new ‘Signature’ range of premium diecast models debuted earlier this year, resulting in a variety of upmarket Ferrari models including the LaFerrari, the Ferrari 458 Speciale, and the California T. A slice, in other words, of all the core Ferrari sectors: ultimate supercar, standard supercar, and grand tourer.

Some say that Bburago could not possibly make a good model and is condemned, as it were, to an eternal spell of mere toy production. The diecast cars for the Ebenezer Scrooges and five-year olds of the world. Such people were wrong in the first place and now, more than ever, are wrong. That said, I myself did have initial doubts about a ‘Bburago premium model’, but when the 1:18 Ferrari California T landed under my significant nose, they were blown away. If this model is symbolic of them all, the Signature range marks a new and exciting chapter in sophistication for Bburago. 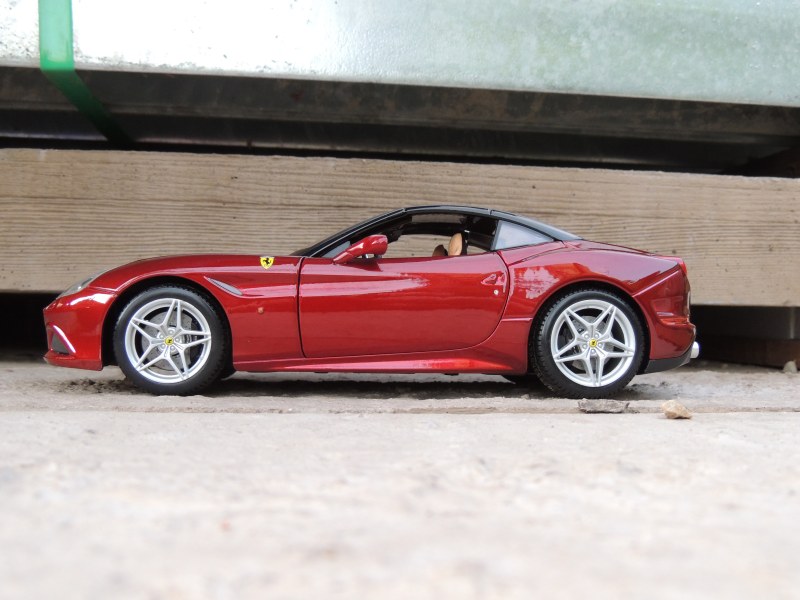 Gone is the flimsy window box with chaotic graphics everywhere. Such boxes ought to be trademarked exclusively to Tonka toys, in my opinion. In its place is a subtle red box with a computerized sketch of the car on one side, and a little word from Ferrari on the other. It exudes subtlety and suavity. Gone, too, is the ‘ages 3+’ notification, replaced with an indicative ‘ages 14+’.  In other words, this is not something to be entered into a demolition derby along the playroom carpet. It is a collector’s piece. 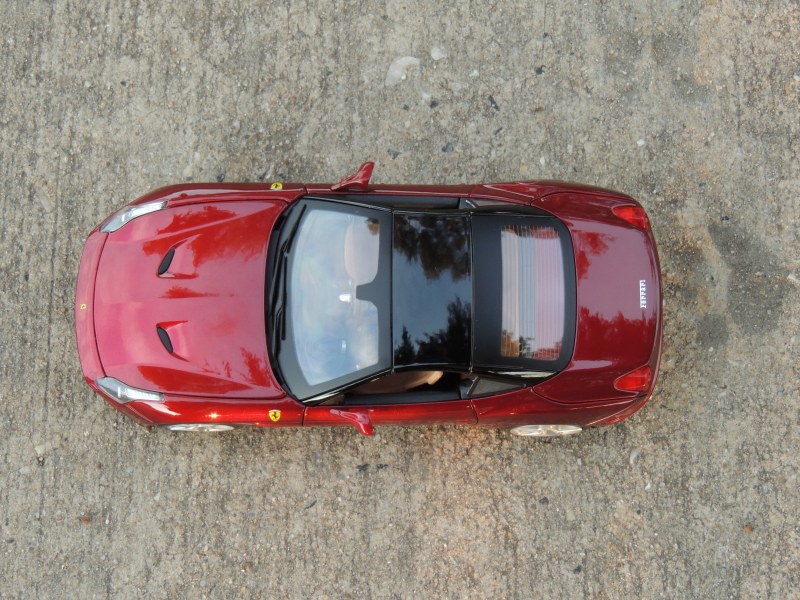 Opening this lovely red box, and lifting off the top half of the Styrofoam crate, reveals a beautiful, well-finished model, covered by a non-static tissue. With a black roof complementing the ‘Rosso California’ body, the California T looks truly amazing. The exterior curves are excellently moulded, the badges and embellishments are not just flat decals, the chrome is not garish, the lights have no studs, and the overall air is one of refinement. The only fault I can detect with the exterior is that the transitions between panels are marked by a light halo. I don’t like that. But that only. The rest is very polished and premium. Not as polished as an AUTOart, but then, the California T cost me just $100.00AU ($72.30US). That’s lower than an AUTOart. We compare on what we get for price, not what we get full stop. 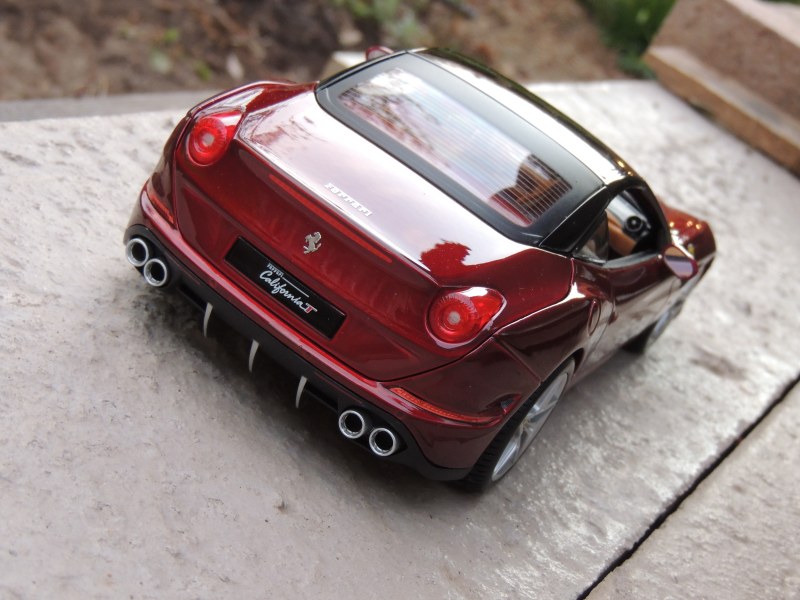 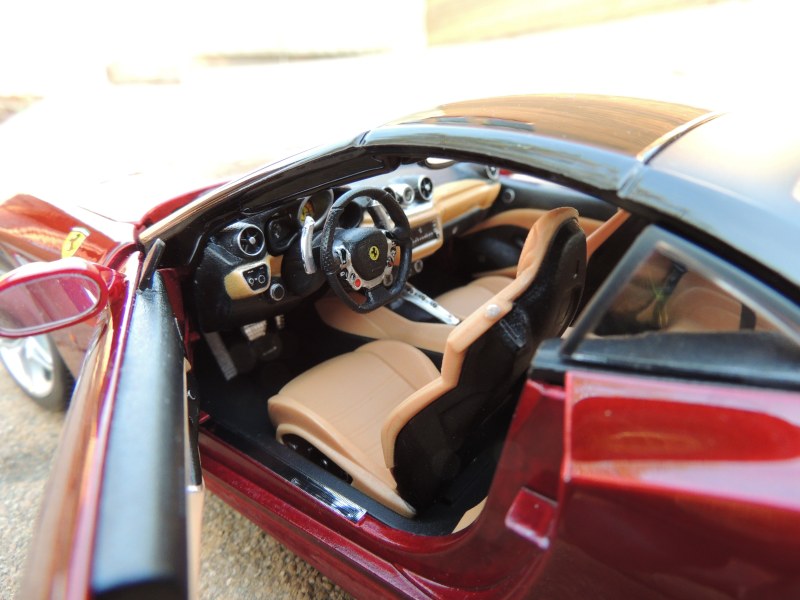 The interior is excellent. My word, we even have little Ferrari emblems textured on the seats! Texture has always been a Bburago/Maisto aptitude and with an extra $50, the good gets better – the seats look brilliant. They even have well-painted seatbelts and buckles. The dash features a good deal of fine detail and decals, which are not only present, but are  also nicely presented as well. That said, I don’t like the poor smudginess in the black/beige transition on the passenger glovebox compartment. It’s not too bad, but it’s not too good. I also would like to see some carpeting. If Sun Star can do carpet in their $100.00 models, then so can Bburago. That said, the Bburago California T demonstrates a much better job at the interior details than most Sun Stars I’ve seen, so I am really not complaining. 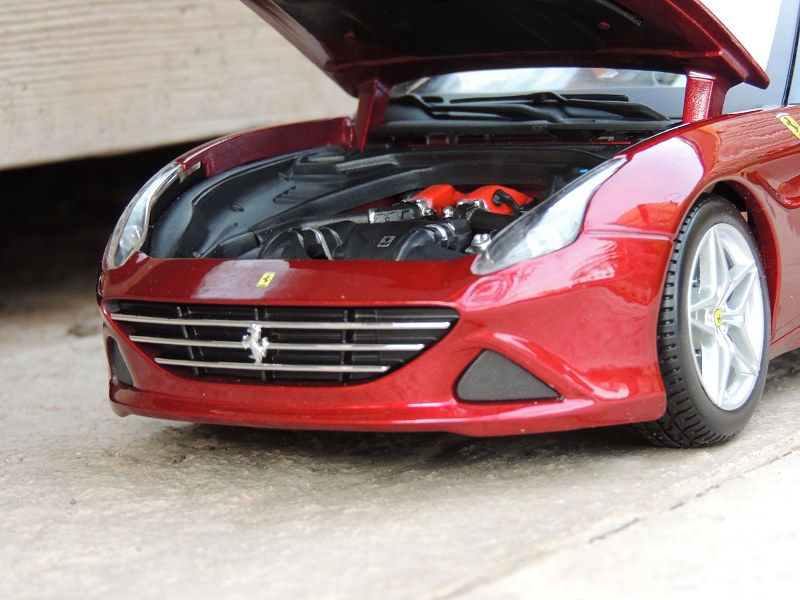 What’s under the California T’s well-sculptured bonnet? An engine, surprise, surprise. No, really, it is a surprise to find an engine in the front of a Ferrari, as they’re usually in the rear. But it’s a Ferrari grand tourer, so it’s no surprise, really. At any rate, it is the best engine I have ever seen on a Bburago model; piping with refined silver inserts, the distinctive red engine cover, the details. All accounted for. All excellent. The boot (or trunk, as the Americans say it) is also very premium in finish, with even a little decal on top of the roof storage shelf. And the underside of the boot lid is actually covered with a piece of plastic and not left exposed and unpainted. It’s good. But at the end of the day, a boot is a boot, and unless there is a dead body or your Christmas present in it, it’s hardly exciting. 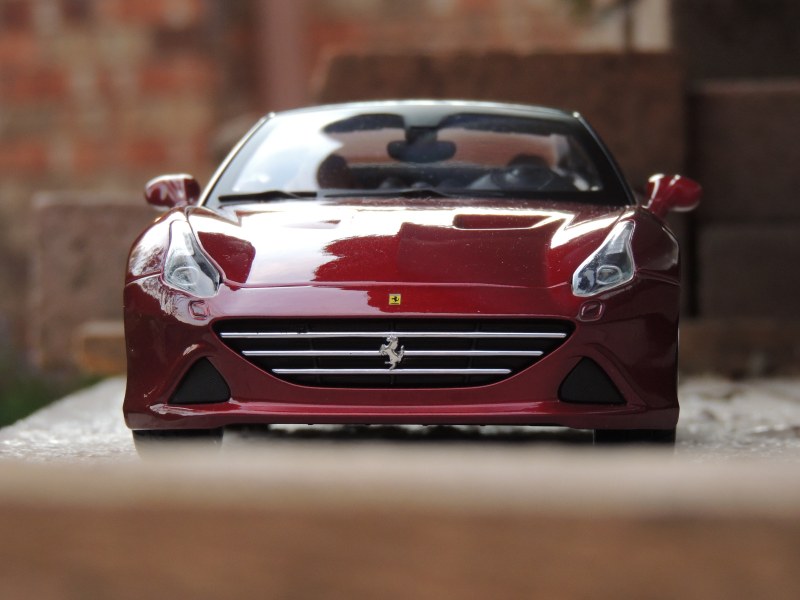 Overall? Quite frankly, I love this model. It really is good. At first, I had my doubts. Will Bburago have any idea about making a premium model when they’ve never made one before? I wondered. But “seeing is believing”, and having seen, I believe. Bburago can, and does, make premium models. Not for a five-year-old, but collectors. 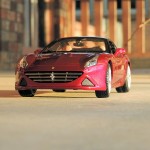 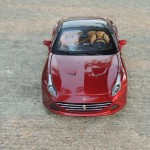 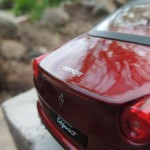 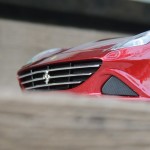 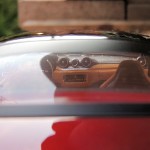 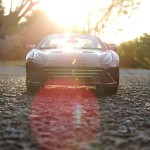