There’s a good number of new collectors’ scale model brands, and admittedly, some are “one-hit wonders” while others exhibit the potential for greatness.  Because of today’s design and manufacturing technology, even the less-than-popular car and truck themes can become production realities, albeit in small batches/brief runs. 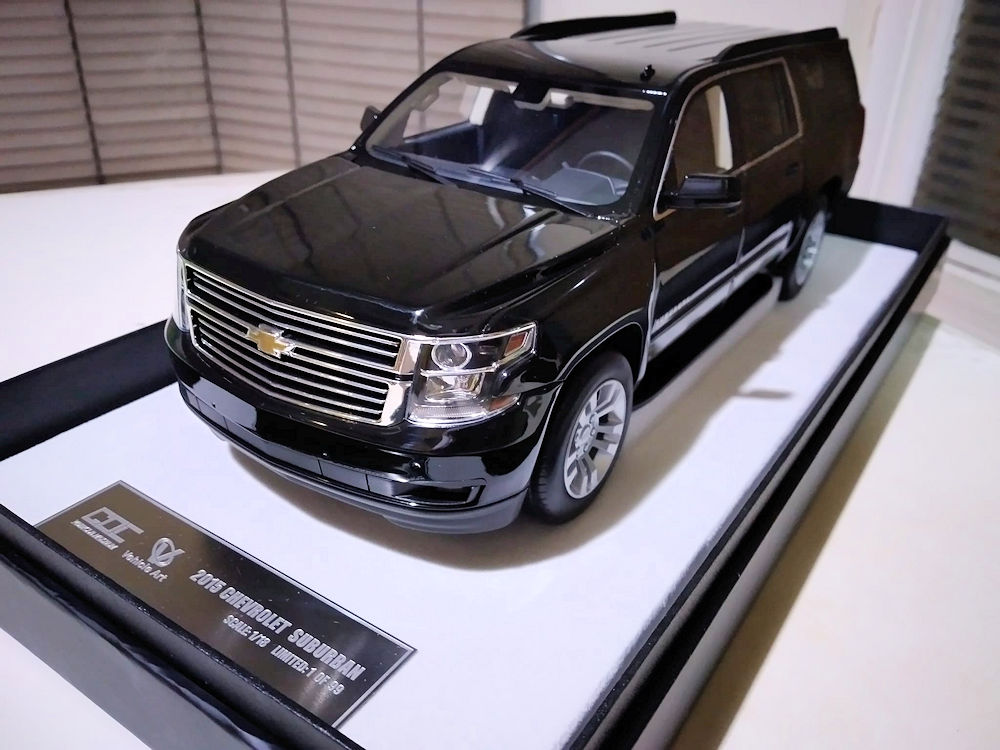 Take for example this behemoth of a model, the legendary K2 series Chevrolet Suburban by C.O.C. Vehicle Art, a brand that just entered the premium specialty market. If not for the economies of scale advantages of resin media and the aforesaid modern breakthroughs in conceptualizing, rendering and building it, then we’d never be able to see it in our esoteric collections.

I have learned that it’s the influential and affluent model collectors who make these very limited-run units possible. After all, if the mainstream model companies had determined that these oddball themes wouldn’t be economically viable, then they wouldn’t be worth producing in the first place.

So the mission of making these off-the-wall themes a reality in scale is therefore assigned to very focused entities like C.O.C. And thankfully, this humongous K2 series Suburban has turned out quite well. 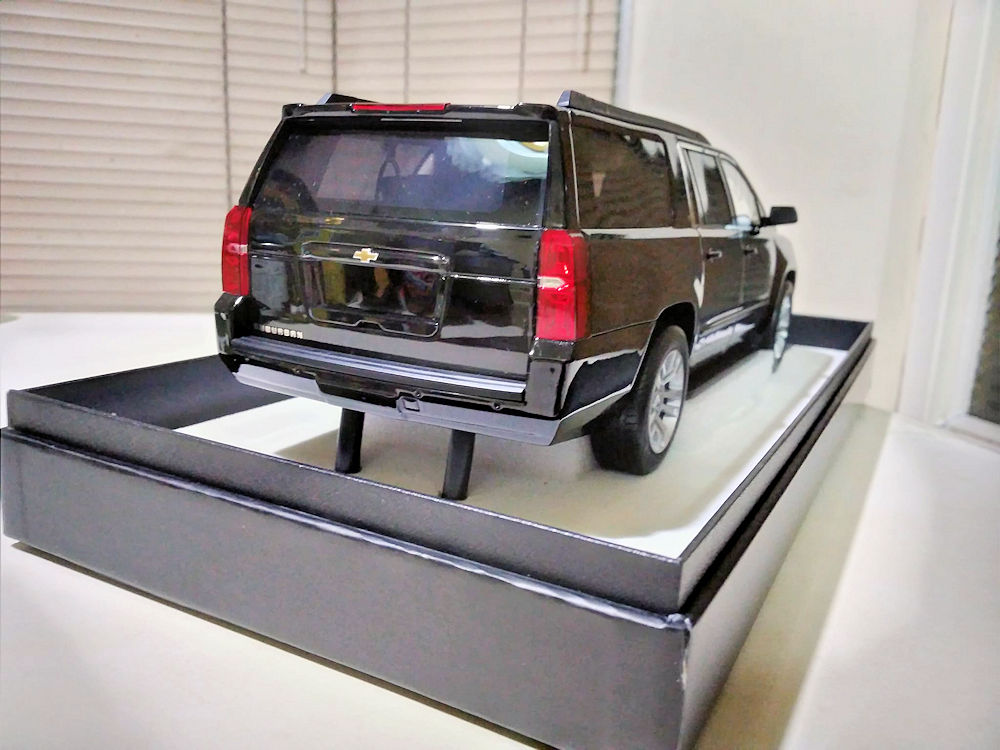 Presented in an elaborate gift box with its own flawless acrylic cover and elegant plinth lined in a white suede-like material, this Suburban exudes the class and distinction befitting its exclusivity and “high-end” status.  Oh, and yes, the details and overall appearance are about as realistic and true-to-life as they can be in this scale category, considering the technical constraints that specialty model brands have to deal with.

Being the owner of a same-platform K2 series 2019 Chevrolet Tahoe LT, I can attest to the exceptional level of accuracy of the C.O.C. Vehicle Art Suburban. Well, I would’ve liked to see a little more rounded contours on the front fascia from the three-quarters view, and the touch screen of the miniature “Chevrolet Infotainment” system is positioned a bit too horizontally, but aside from that, this is as close to the actual Suburban as could be achieved. 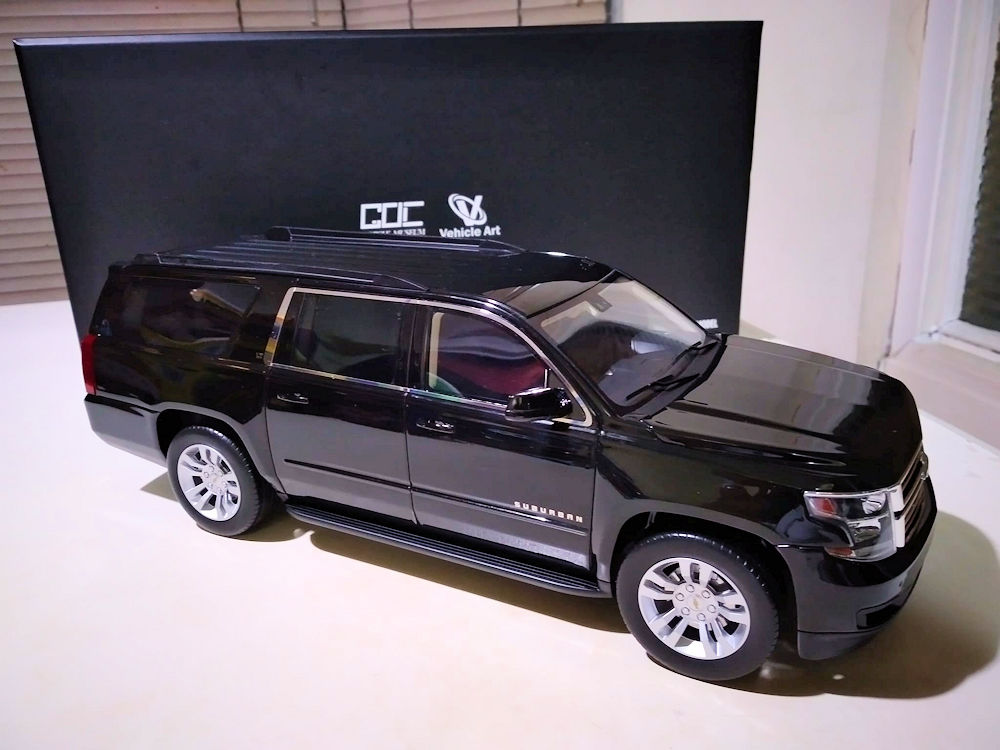 Nevertheless, the Gold Standard for scale model K2 platform SUVs is still the 1:24 Norscot Models 2015 Tahoe, but then again, they made thousands of those, and this 1:18 resin-cast masterpiece is really a very close second for scale fidelity.

The white suede-like material that covers the plinth wasn’t the most sensible choice, even though soiling it wouldn’t be possible if the acrylic lid stays on for all eternity. White suede turns yellow with time, and that’s not good.  The beautiful photo-etched nameplate proclaims this as 1 of 99 units, but it does not disclose any serialized number, and this creates sincere doubts as to whether “only” 99 units were manufactured in the first place. 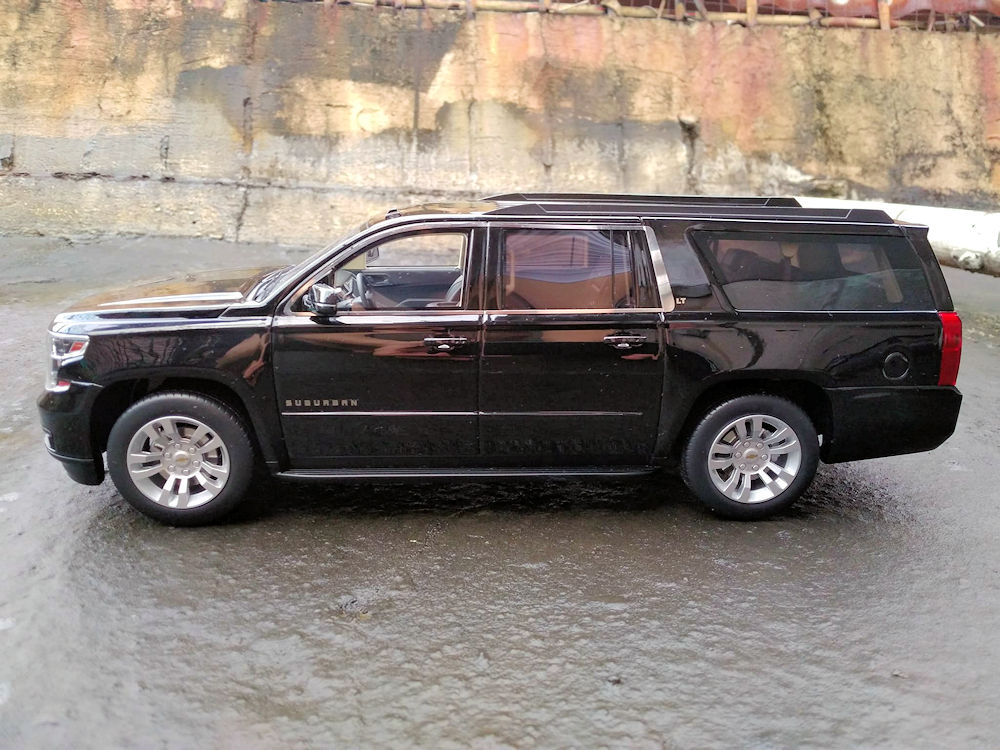 Well, since this is the first of a handful of C.O.C. Suburban models I’ve pre-ordered, I got a bit adventurous with this one. I carefully cut out the suede-like material covering the three Philips screw heads that affixed the model to the plinth. I was happy to discover a moderately detailed chassis plate that was concealed by the foam material wedged between the model and plinth, but still no serialized production number could be found. Thankfully, with a little petroleum jelly applied to the exposed areas of the large front and rear metal axles, this largest of all scale Suburbans now glides famously on the worktable! 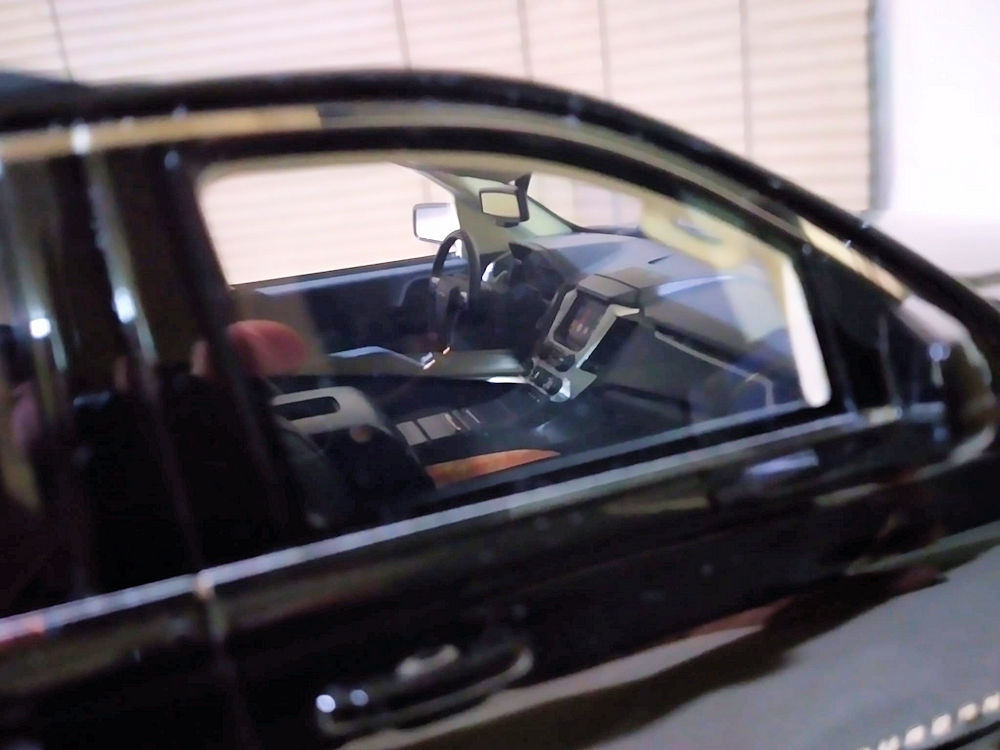 Truth be told, this Suburban deserves to go “cruising” and should rightfully enjoy Kodak Moments with other 1:18 models outside of the confines of its bespoke acrylic case.  And so I shall have fun creating scale scenarios with this unit, in the grand company of other miniatures specifically chosen for the road trips of my imagination. 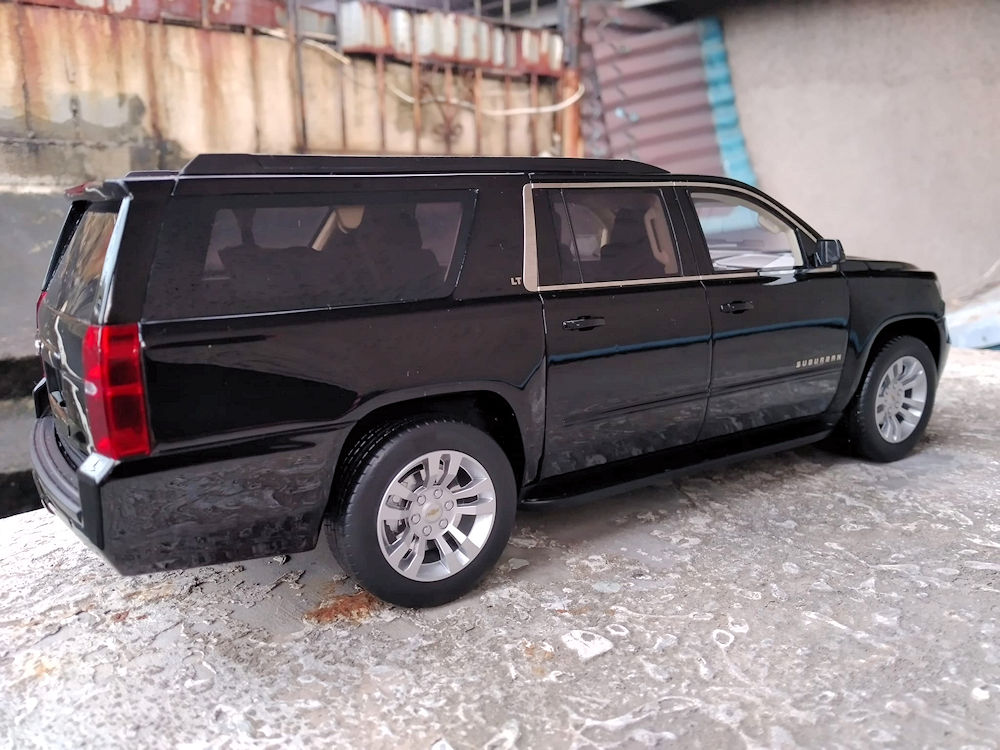 In this convoluted world where willing victims pay ridiculous amounts of money for overrated, hyped-silly “convention” and “club” cars in 1:64 scale that are based on unremarkable mainstream peg warmer castings, this beautiful, fabulously detailed Chevrolet Suburban bolsters my sincere belief that BIGGER IS BETTER. Value for money is EVERYTHING when it comes to making the most of the scale model hobby.  Heartfelt thanks go out to esteemed comrade-in-classics Vicente Pena who enabled me to be The First Kid on the Block with this awesome piece.