Our last review from IXO Models featured a beautiful service vehicle, the 1:43 1956 Scenicruiser Greyhound bus.  This morning we’re shifting gear to another 1:43 example from their Rally series.  The model here is the Volkswagen Polo WRC Team Volkswagen Motorsport Red Bull #1 – Winner Rally Australian 2016, drivers S.Ogier and J.ingrassia.  This replica is crafted in diecast with closed-body design.  Retail is slightly north of 30 Euro.  If interested model# is RAM650 and can be purchased @ Model Car World. 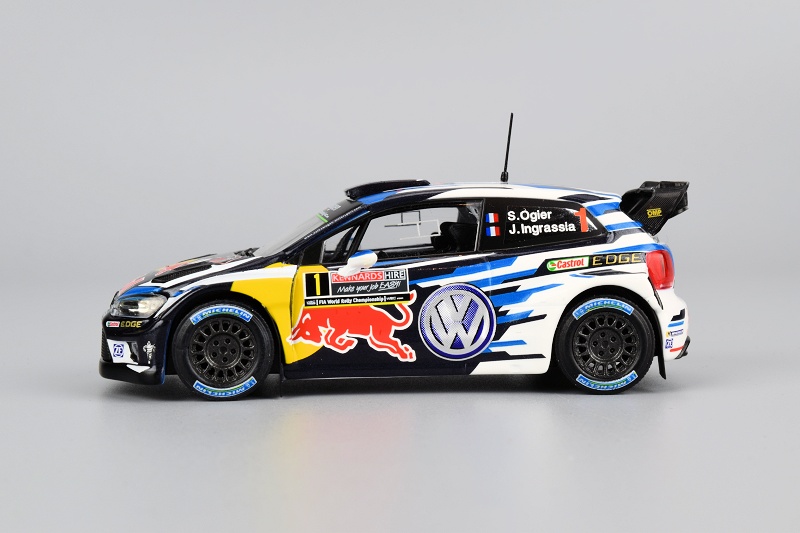 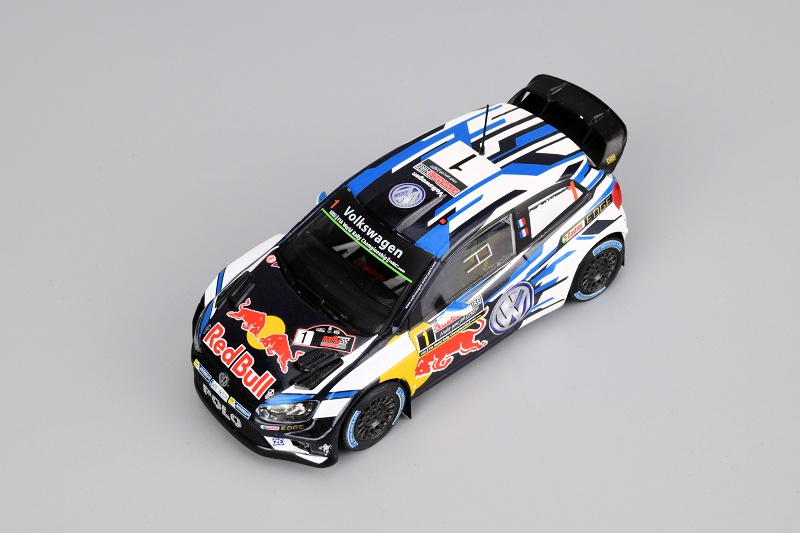 From the exterior view the Volkswagen Polo WRC definitely has some shelf presence.  The stunning Volkswagen Motorsport/Red Bull livery is extremely appealing from all angles.  Body lines seem to mimic the original car well.  Large fenders, front aero and wings are all in place.  Being a entry level example none of the cooling or flared openings are capped with perforated or plastic venting, basically they are executed with paint and decals. 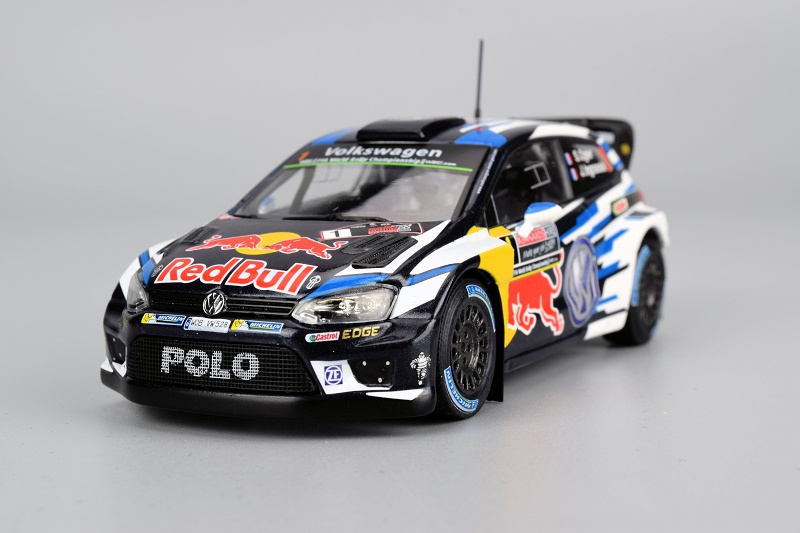 Continuing with the decal theme, workmanship is real sharp.  Execution in regards to placement is done extremely well with care and accuracy.  No matter where you look you can read and recognize each element, logo, and brand.  We especially liked the mirror look decal work in the rear window panels – driver and passenger side. 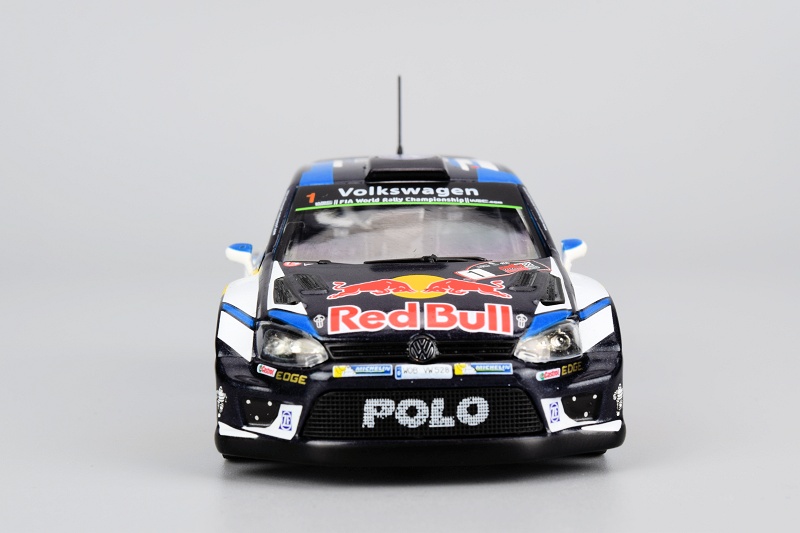 Moving to the front of the Volkswagen Polo WRC you will notice there is no perforated parts, regardless the fit and finish isn’t too shabby at all.  Again IXO does a great job at defining each area, and the decal work is crisp and clear.   Headlights are defined with plastic, chrome and Black paint. 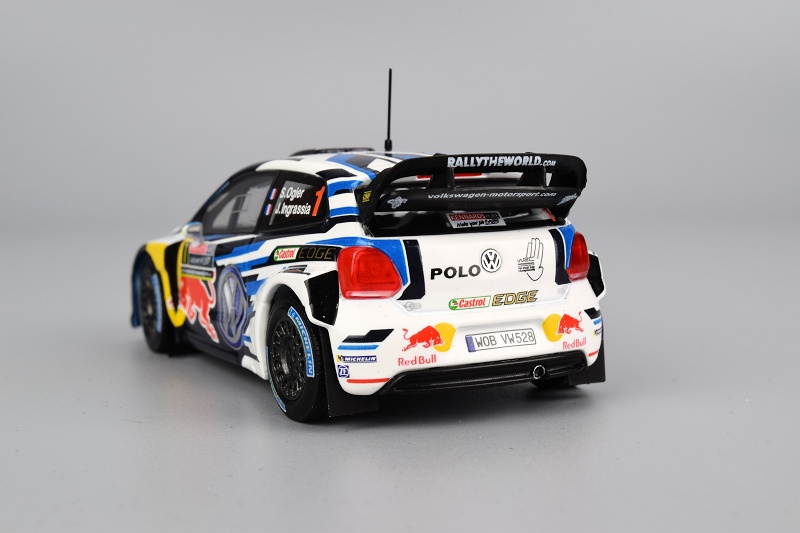 The rear is dominated by the massive upper spoiler.  Execution of the spoiler itself is very good.  Though the embedded carbon fibre detail is a little on the soft side.  Overall decal work is once again solid.  From this angle you also get a nice look at the massive metal crafted mud-flaps. 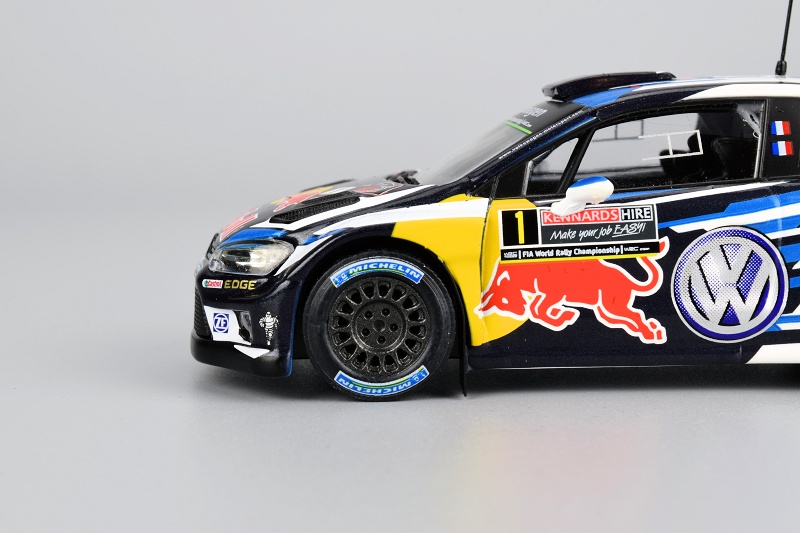 The wheels on Volkswagen Polo WRC are a honeycomb design.  Overall the craftsmanship is clean and to the point.  Not much is seen beyond the initial front section of the wheel, and based on scale and design there really isn’t any purpose to up the ante with calipers and rotors.  Tires also clearly show the dual Michelin logo. 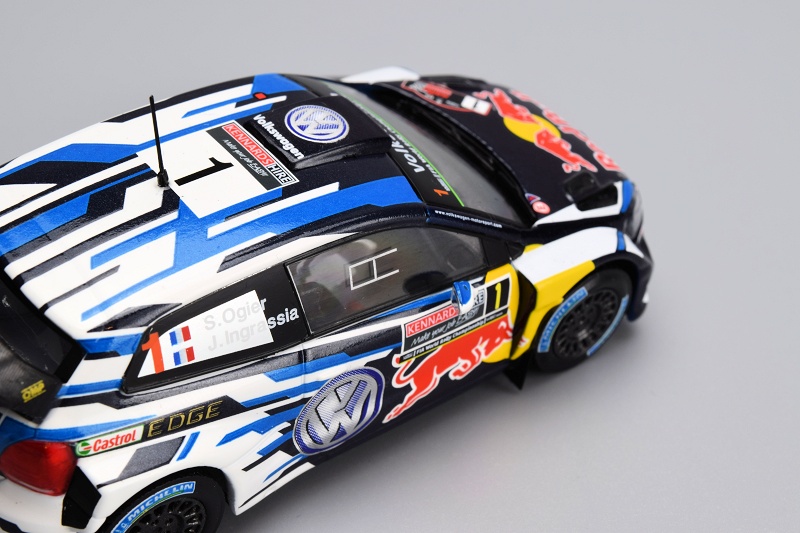 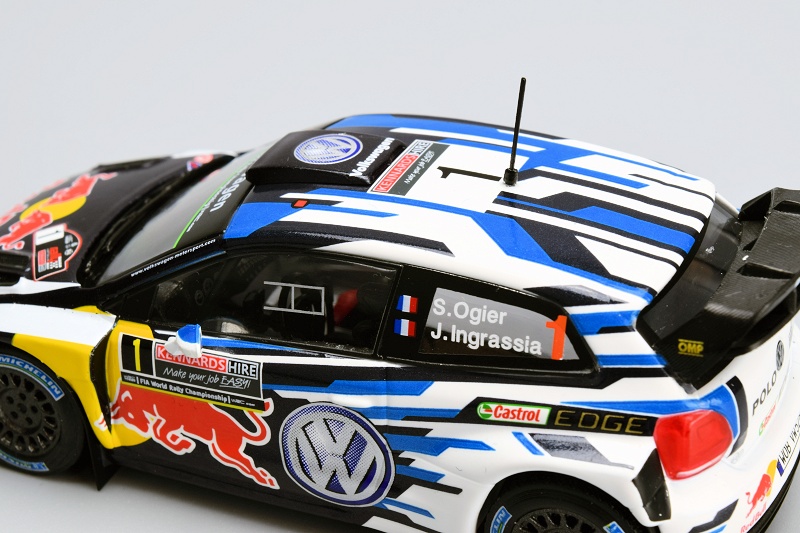 The interior is what you would expect on an entry level piece.  Colours are defined mostly in Black and White.  There is an element and Red and Yellow, each defines the Red fire extinguisher and Yellow in the seat-belt harness.  Thumbs up to IXO for completing the entire roll-cage, it clearly stretches the entire footprint of the interior from front to back. 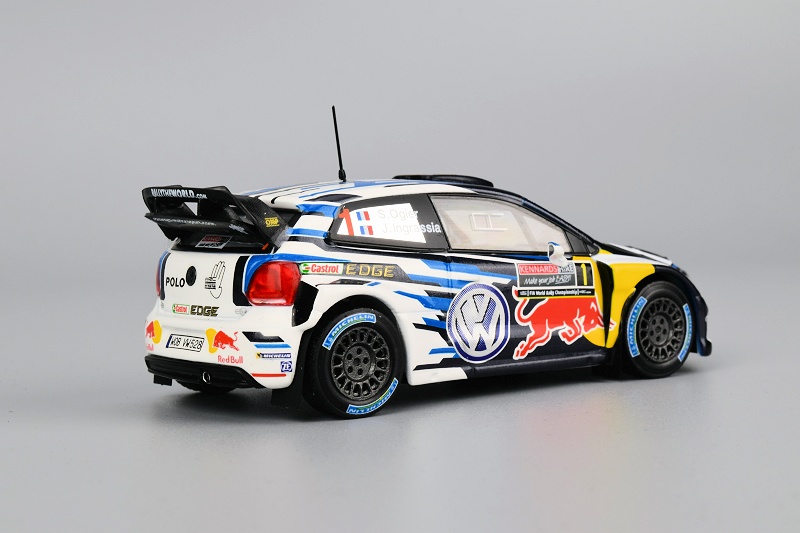 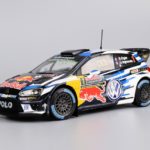 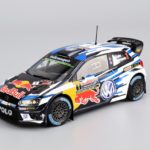 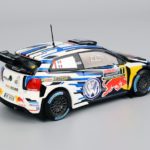 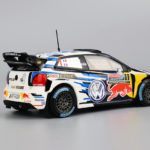 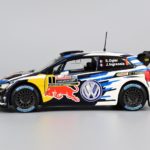 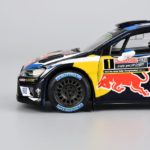 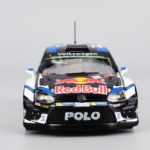 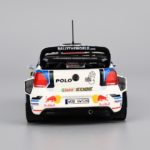 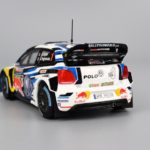 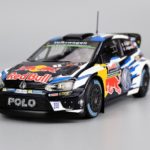 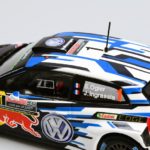 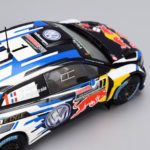 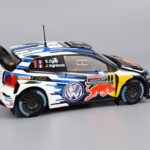 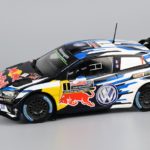 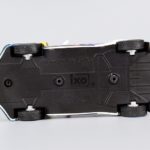 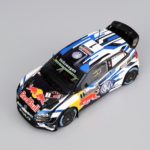 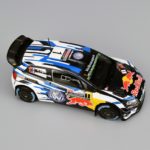