First off, I am not sure how to list this. It came in a Maisto box, which is the cheapo crap (the box) you find in Costco/Sam’s, but underneath the model is stamped as Bburago. First thing I have to say is WOW!!!! I know Maisto/Bburago have been doing a lot better lately, but this model is better than I expected. The first thing that grabs you immediately is the color. They nailed it. The dark blue is supper deep and ultra fine metallic. The nice creamy french blue is also flawless. Next thing is abundance of carbon fiber, which is molded in, but is very well done and pretty convincing. The wheels come next. They are very well done and all though I hate to admit it, I like the chrome finish. It is also prototypical in correctness! 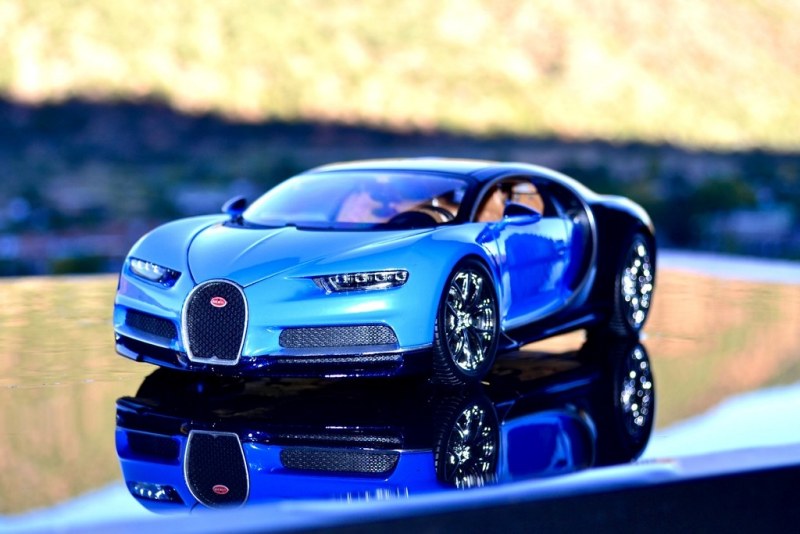 This comes as a surprise to me, but this model does not have active suspension. No springs here. This results in a lot more solid rear wheel attachment and eliminates “the camber issue”, which some Maisto/Bburago models suffer from. The front wheels still have some play, but overall there is an obvious improvement over previous models. The brakes are also very well done, all though the calipers are just a touch undersized In my opinion. 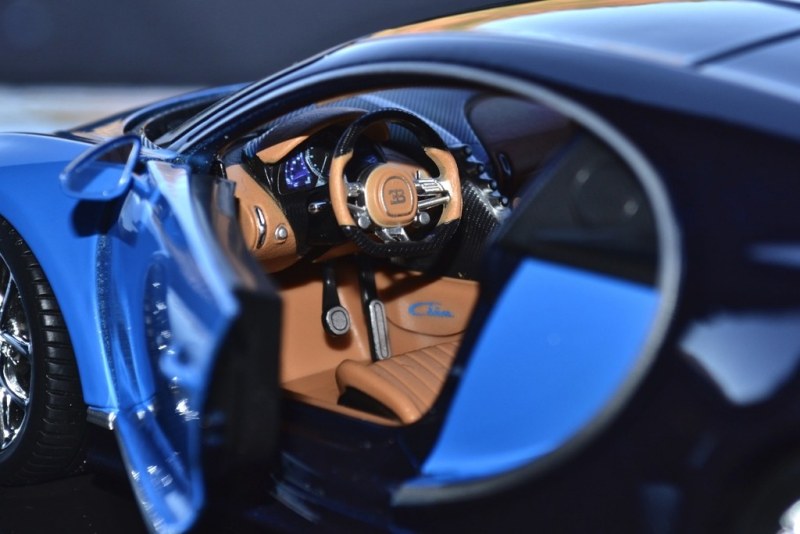 Next great feature is the interior. The doors open a little more than on other models, which is a welcomed change. Inside there is plenty of carbon fiber and excellent detail. The interior color is just the right color like the exterior and there is plenty of shiny stuff where necessary. If there was some carpeting, this interior would beat most Minichamps models and definitely give most AUTOarts a good run for their money. One thing that kind of puzzles me are the seats. Very nicely done, with different color carbon backs, they miss the “shoulder-harness-holes”. Of course I already took one apart and the seats actually have the holes on their backs. they just don’t go through. This would make it a lot easier modifying the seats to add the holes and I have a feeling we may even see them added if this model makes it into some sort of Signature edition. 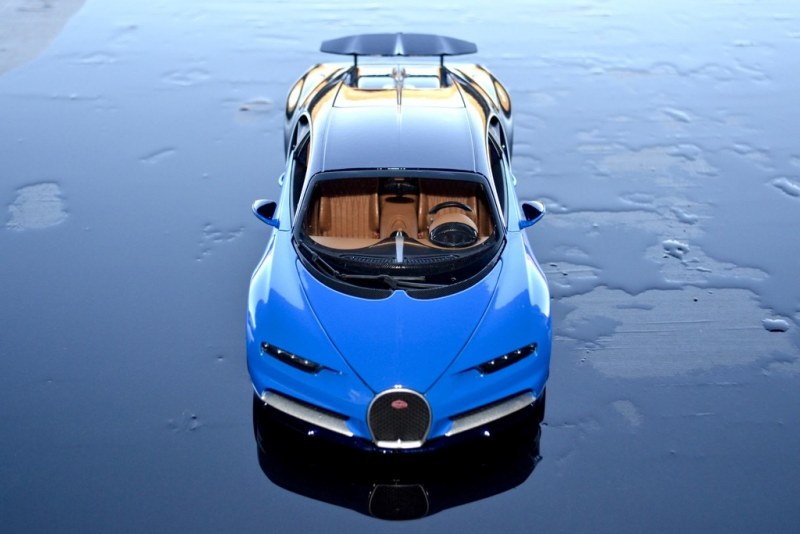 I was also very pleasantly surprised to see that the rear wing is active. It lacks the refined detail of the AUTOart “hydraulics”, but this model costs about half the amount of the sales tax I would have to pay for an AUTOart. Literally!!!! 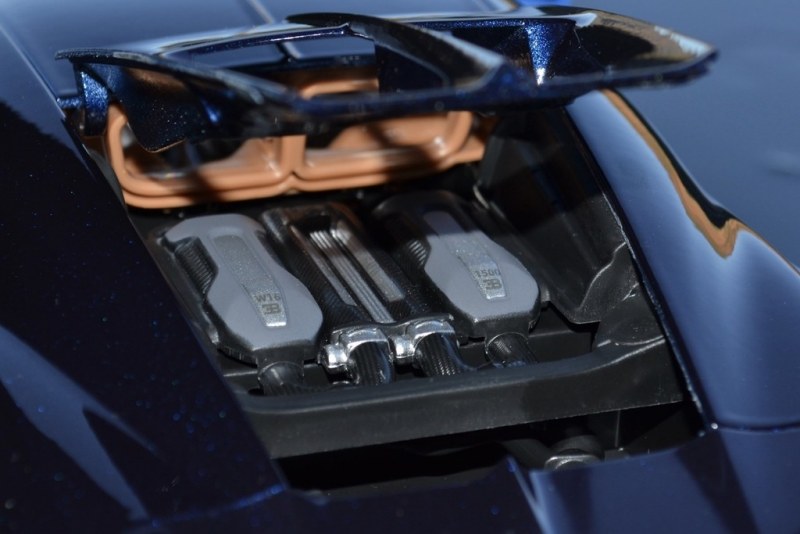 Last but not least comes the engine. It is actually pretty well done with some nice carbon fiber on it. When you get the model, the rear does not open. When taken apart however, one can see there are hinges and two little tabs in the hood molding that prevent the hood from opening. I filed mine off and now the hood opens without a problem. This is just one more reason to think that there is going to be a higher tier model of the Chiron. 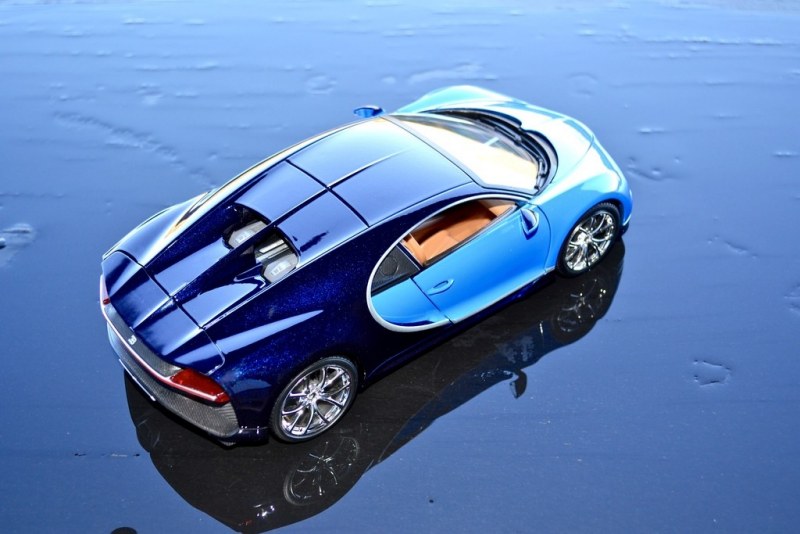 Enjoy the pictures. I think they speak for themselves. And don’t forget! This model costs me less than the shipping of a model bough online. They go for $13.99 in the Big-Box stores and are than worth triple that price. 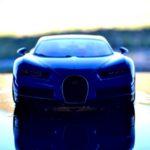 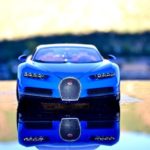 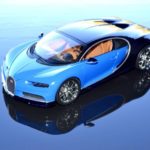 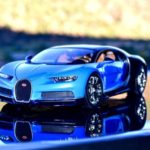 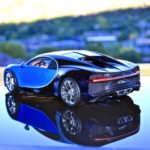 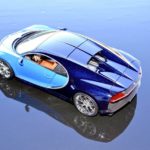 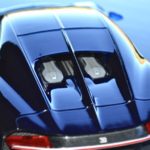 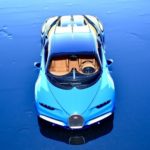 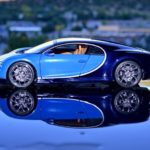 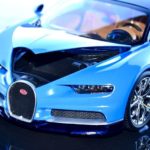 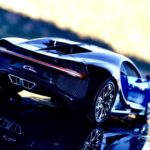 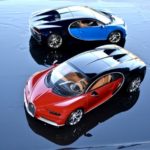 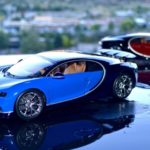 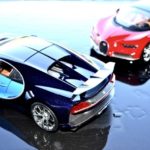