When planning to build the Continental back in the late 40s, Bentley envisioned a sporting tourer capable of impressive performance and luxury. The car ended up using aluminium extensively throughout its structure, resulting in acceleration and top speed figures that were unmatched by anything Bentley, or indeed anyone else, had build at the time. Speed is evident in the body shape as well, with a relatively steep window rake, a long swooping roofline, and a haunched stance. The streamlined appearance was thanks to some wind tunnel work with a quarter-size wooden buck. The bodies were hammered together by hand by H.J. Mulliner & Co. The car was powered by a 4.9L in-line 6 cylinder engine, allowing it to reach over 100 mph easily, a great feat at the time. Minichamps does a good job with Bentleys, but at over double the price of any of their other offerings, an investigation was in order to see if they’re worth it. So let’s get to it. 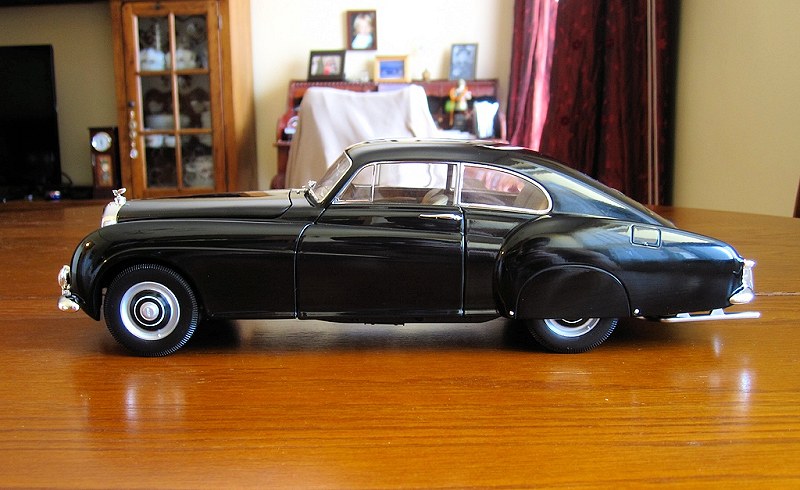 The model comes in one of those fancy Minichamps Bentley boxes, with the Bentley logo embossed on the underside of the top shell, so you can display it like that without removing the car from its cloth mantle. As I don’t have that kind of space inside my display cases, which I’m sure most of you can relate to, I promptly unscrewed it from its base to have a closer look. However, I have to say, the model looks much more regal and dignified when allowed to remain in the box. 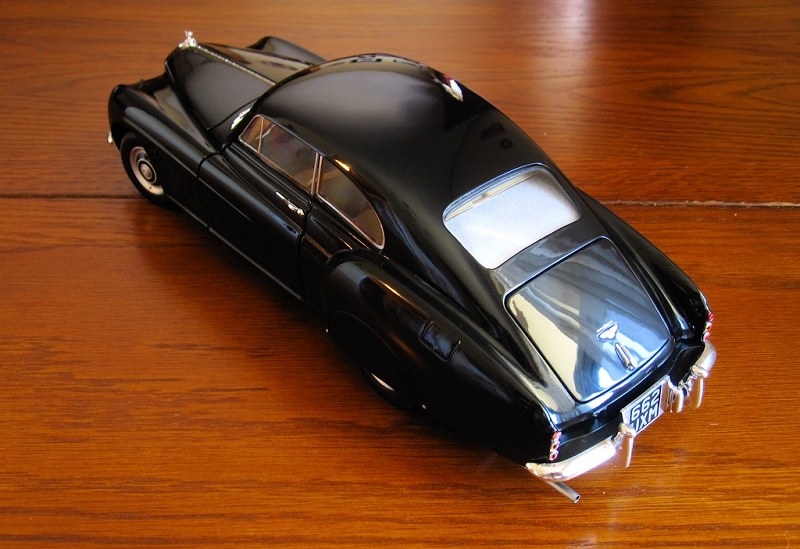 I love the looks of this car. It looks like some upper class hooligan, unafraid of rolling up its sleeves and getting to work. I picked Black out of the three available colours. I thought Maroon was a bit too “senior citizen”, and White too “wedding rental” for me. It looks very distinguished in Black, with a hint of menacing purpose. All three colours come with the same Beige interior, which I think works best with the Black exterior.

Comparing the model to the pictures of the real car is largely a moot affair, as with coachbuilt bodies you’ll always have slight differences between individual cars. Having said that, I haven’t noticed any glaring errors or omissions. So far, so good, then. I was, however, surprised to see very obvious orange peel effect in the paint, which I wasn’t expecting at this price level. These things don’t bother me as much, but I know some other collectors would be bothered by that. The exterior detail is quite nice, with badges and decals all sharply executed, and the huge front grill is perforated. 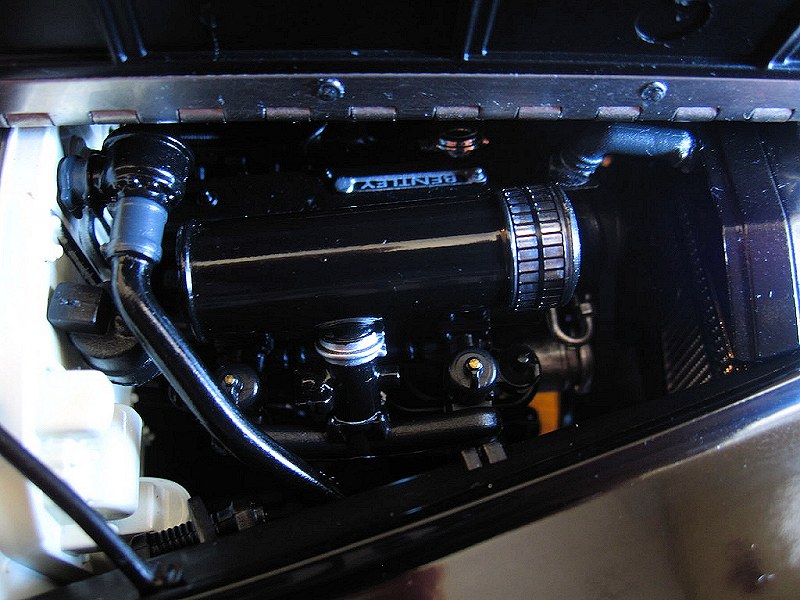 On models like this, the engine is never the centerpiece, but it was nice to see that some thought was given to it too. It’s no CMC, and truth be told, at this price I expect better, but it’s not awful either. There is a photo-etched radiator at the front of the engine bay, some fine work on the air intake, and tiny prints on the engine block and in places where you wouldn’t think to look. Still all plastic, though. The piano hood opens on both sides, so you get another look at the engine, should you wish, though it certainly looks better on the left side. 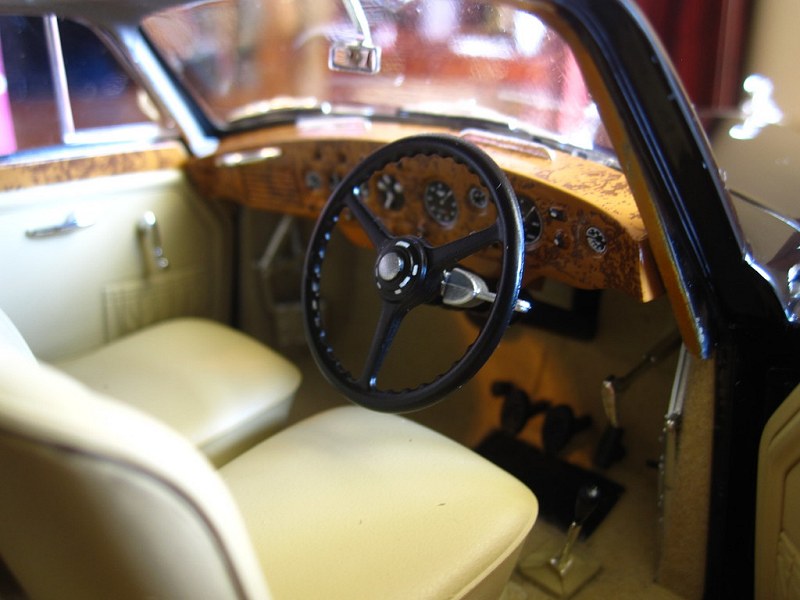 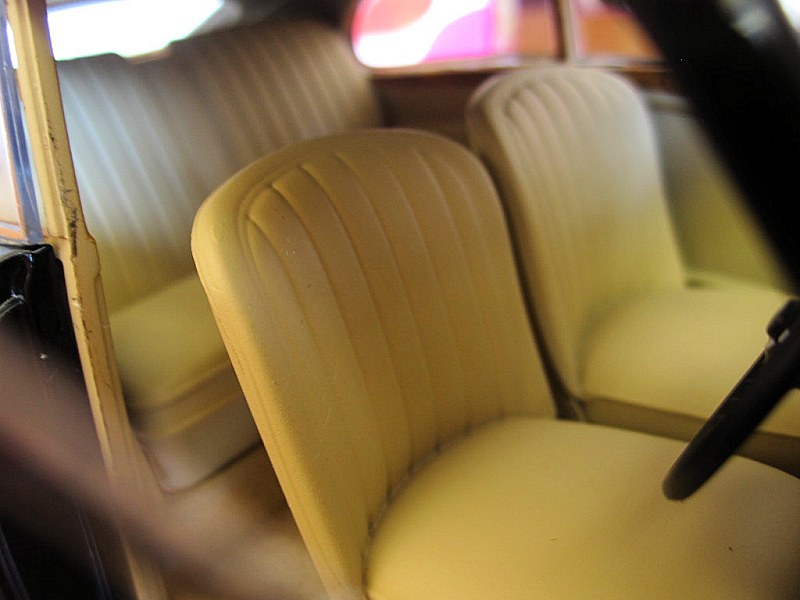 The interior is very handsome, with lots of carpeting throughout, and a wood grain effect on the dash and door trim. There is print on the sill denoting the name of the coachbuilder, and the doors even have a strip of soft material going across the lower half, which shows that they bothered. Not that you’d usually look there, but the ceiling is a sparse disappointment, with even the sun visors moulded in, as opposed to being separate units. For crying out loud, even Sunstar does fully functional sun visors. For three times the money, you’d think they’d include them here too. 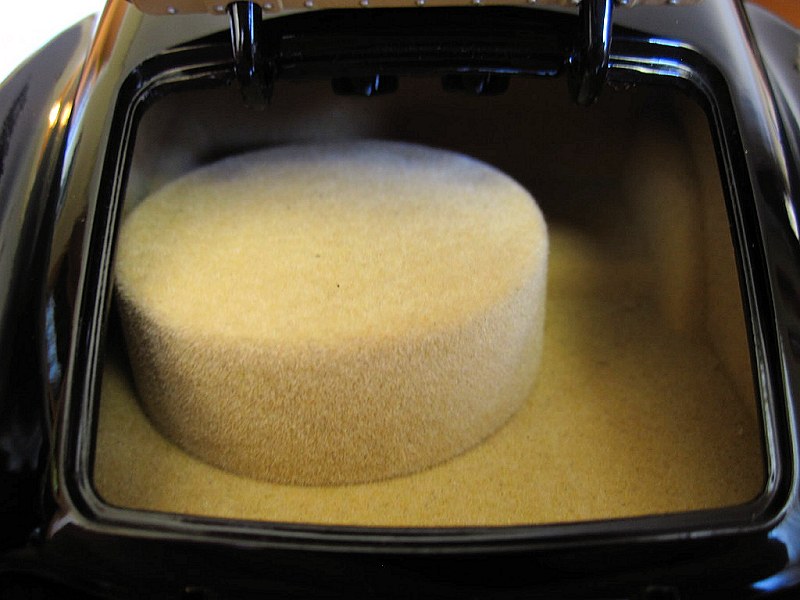 Moving on to the trunk, we get more carpet, and a spare tire concealed by a carpeted compartment that looks like a giant block of cheese. You’d think that it’s just there for looks and there is no spare tire there, but I was VERY pleasantly surprised to see a little area where the spare tire is exposed. You would not see the spare unless you really looked behind this big round thing, so again, it shows that they bothered. There is even detailing on the underside of the boot cover. Also nice to see the only dog leg hignes you find are in the trunk, but I’m quite sure the real thing had them too. The underbody is not awfully detailed, but you get a good look at the functional suspension, and an exhaust performing some impressive geometry as it undulates along the undertray. 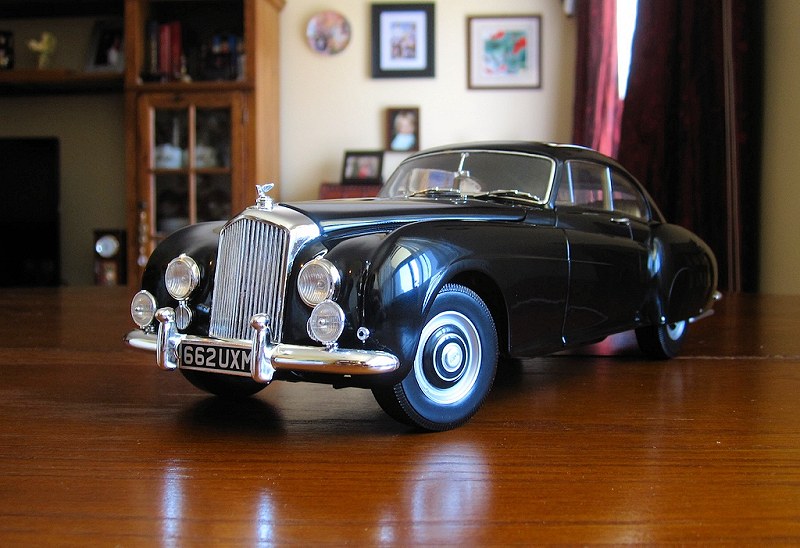 So is this model worth nearly $300? Objectively speaking, no, but where else are you going to find it? Like it or not, Minichamps is the only brand making them, and it is a somewhat inspired effort. The only reason it feels lazy in places is because of the price tugging at your logical strings, while the heart says “yes, I want it!” I was bothered by the price, yes, but I still enjoy the model, and you know what? I will buy more of them. The Bentley S2 is next on my list. 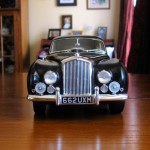 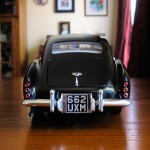 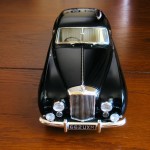 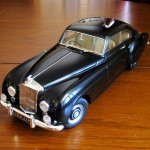 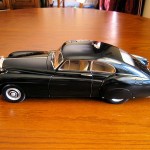 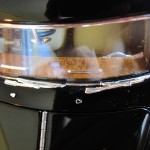 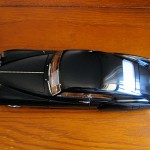 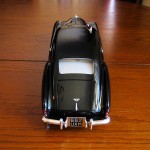 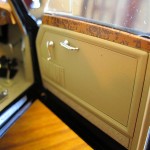 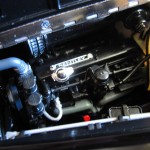 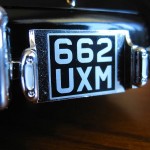 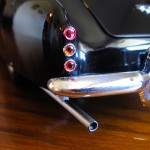 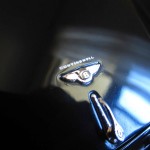 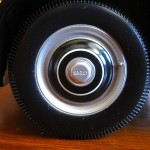 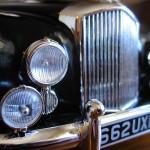 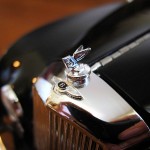 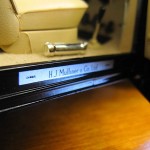 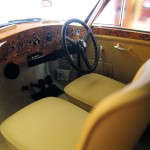 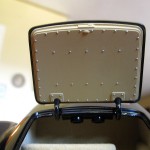 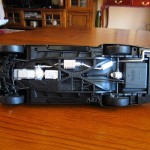