I have a slight fascination with SUVs in my collection, and I can’t really explain why. Recently, the Minichamps brand released a limited ‘dealer’ edition Porsche Macan Turbo in 1:18 scale. Shortly after its release I purchased one. The design is definitely seeing some Audi influence, but for the most part, what we have here is a Porsche. As for performance, the numbers don’t lie, the SUV is not just a people carrier. Power comes from a 3.6 V6 featuring 400 horsepower with 406 lb-ft of torque. 0-60 is rated at 4.6 seconds with a top speed of 164 mph. So can Minichamps craft a decent a replica, let’s find out… 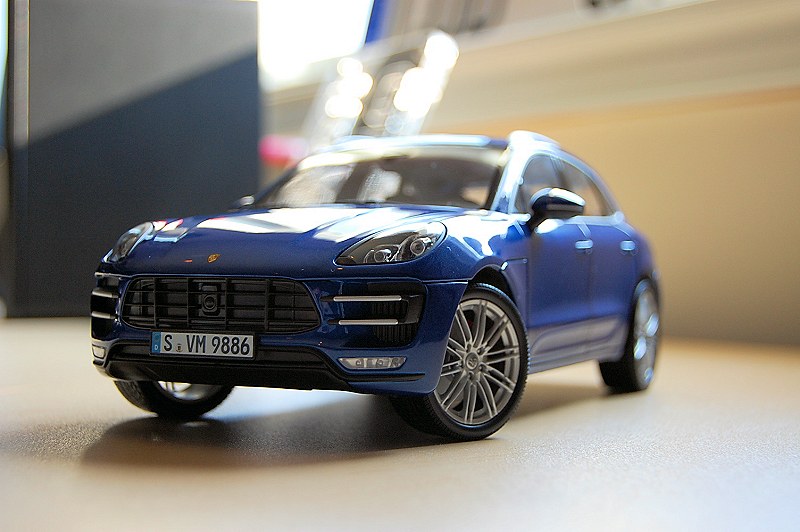 I think the first thing that attracted me to the model was the fact that the exterior colour wasn’t silver, black or red. The colour choice here is a vibrant OEM ‘Sapphire Blue Metallic’. The paint is consistent and issue free, and photographs lovely as the pictures will showcase. The overall exterior lines are very good; I can’t see any major faults when compared to images of the original, though I would say the ride height is slightly too high. But hey, being an SUV, does this really impact the overall result? Hell no. Shutlines and panel gaps are very good too. It is nice to see that Minichamps also moved forward with 4 opening doors instead of two on a 4-door design. I wonder it this was on insistence from Porsche AG? 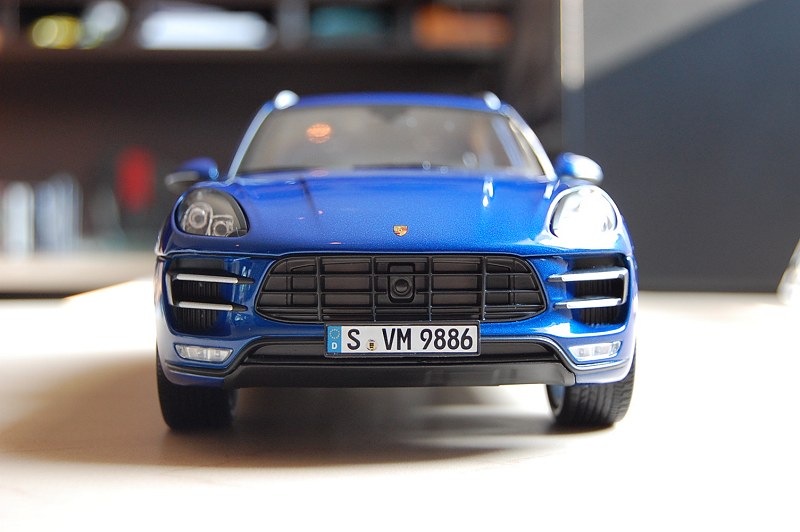 The front seems to be in line too, though the materials used and the overall effect does leave one wanting more. Minichamps did capture the centre sensor in the grille and the car does come plated as I like them to. I did have one issue straight out of the box – the passenger headlight lens did somehow remove itself from the headlight housing. Thankfully there was no damage to the lens; a little CA glue, and the model was back to new! 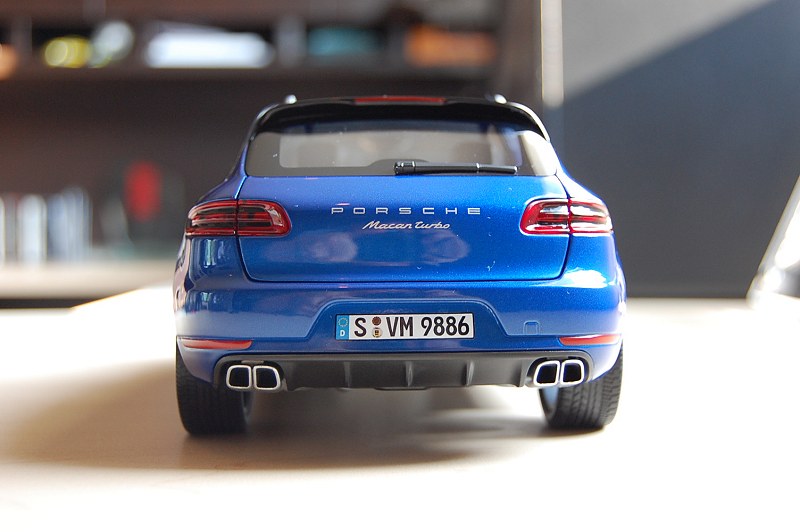 The rear is nicely executed too. Fit and finish is on par with the rest of the model. The Macan Turbo design is very rounded and aerodynamic, which allows for the massive quad pipes to be integrated in the bumper design. The rear taillights are for the most part spot-on but they lack depth and refinement. 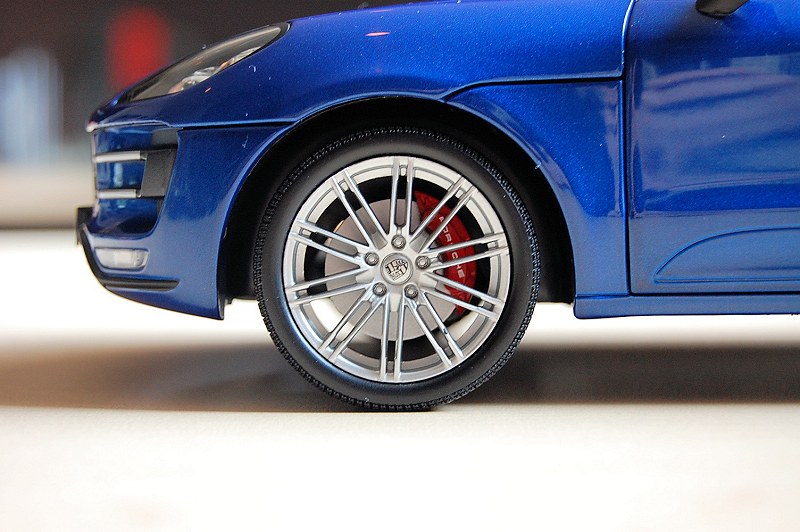 The wheel choice here is the optional Porsche 21″ 991 Turbo Design. Though Minichamps did capture the overall design well, the materials and supporting cast (rotors calipers, and tires) have a cheapened feel and look. They also missed the black inlay on the multi-spoke wheels. Cost-cutting measure for sure. 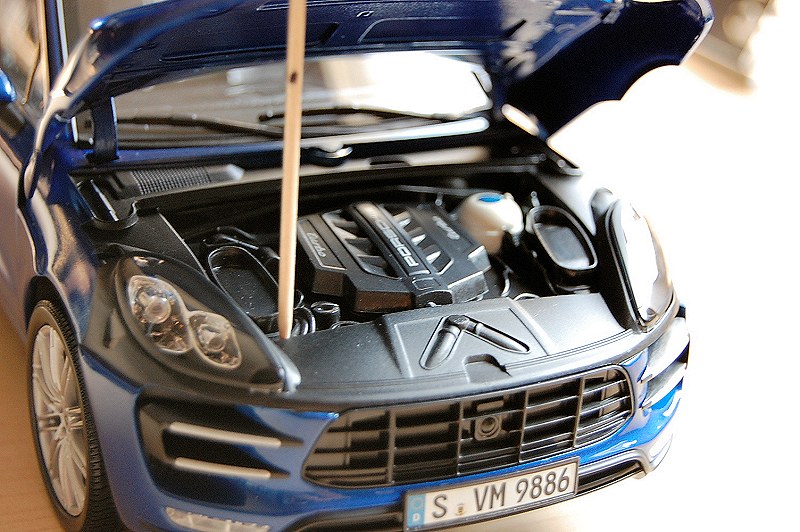 With modern motors nothing is really left to interpretation. The basic design elements are present and mimic the original well. Kudos to Minichamps for actually getting the shutlines with the hood operation and headlights near perfect, other than the hood not having struts or balance to hold in the up-right position as evident by the toothpick tool. The overall effect is very good. 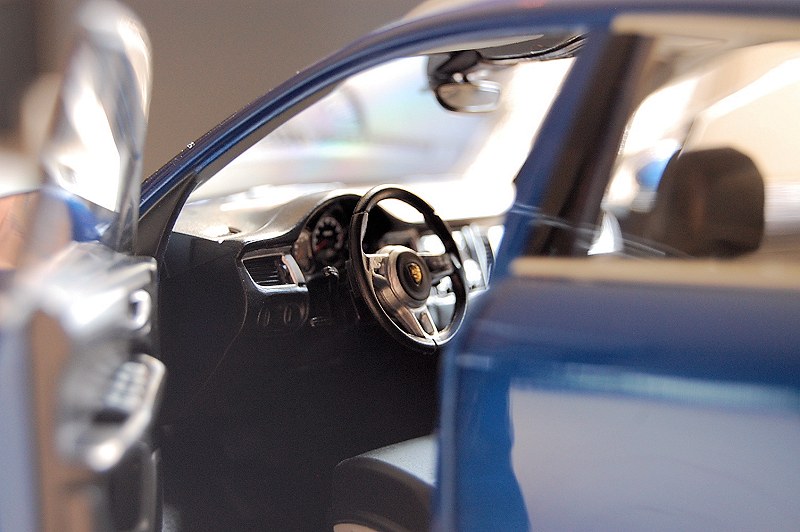 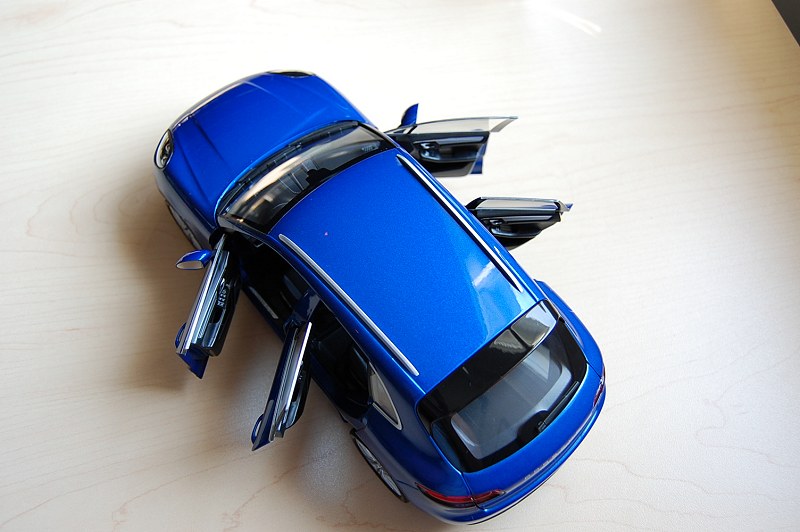 The interior is fitted with the basic black and silver trim accents. Though all the elements are here, the interior again is lacking the wow factor and falling short, as did some of the exterior bits. Also, there is no carpeting within the cockpit and rear storage, nor seat belts front and rear. Though, as I mentioned earlier, the rear doors do open, which is something that has fallen short on too many Minichamps models as of late. 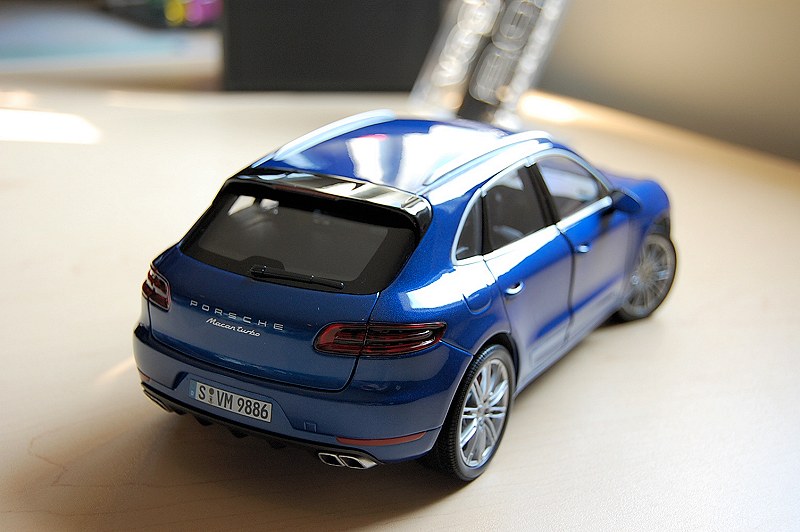 What we have here is a very decent but average piece. Though not perfect, it does have some shelf presence, but that rests solely on the rich Sapphire Blue Metallic exterior paint, but some may argue it’s the Porsche Macan Turbo design. I’ll let you decide. Enjoy the pics! 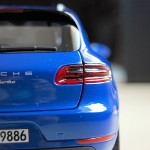 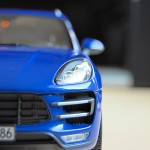 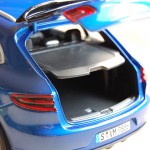 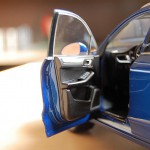 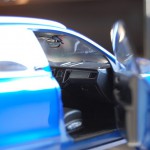 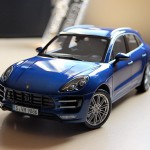 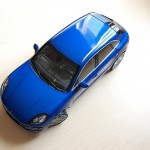 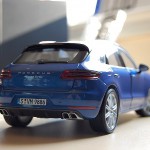 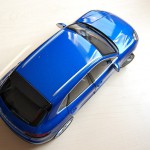 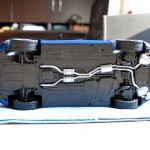 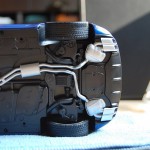 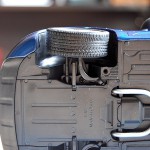