Back in the 50s and early 60s, most of the cars on a Formula 1 grid were front-engined, even the Ferraris. In fact, the Commendatore himself was once famously heard saying that a horse doesn’t push a cart from behind, it pulls it from the front. But then again, he was known for saying silly things like that. Later on, in the 70s, when aerodynamics became the most important thing in racing, he said that aerodynamics were for people who didn’t understand engines. That’s Enzo for you and that’s a story for another day. This story is about a British manufacturer that hit off the British phase of the Formula 1 domination (preceded by the Germans of course) that was later continued by Lotus and a guy named Colin Chapman. When the Coopers first showed up, the race organizers couldn’t figure out whether they should allow them to race. They were viewed as funny cars, which they certainly weren’t. Because of their lightweight construction and all that weight on the rear tires, they handled well, and at the Argentinian Grand Prix, Stirling Moss didn’t even have to come in for a tire change, cruising past Fangio and Hawthorn in their Ferraris. The game was changed and all the front-engined cars were instantly obsolete. For the next two years, Cooper won the constructors’ titles and Jack Brabham won the drivers’ championships. At the end, not a single front-engined car remained on the grid, including the Ferraris. Needless to say, I find this model historically important and was pleasantly surprised when I saw it in a local shop and decided to pick it up right away. 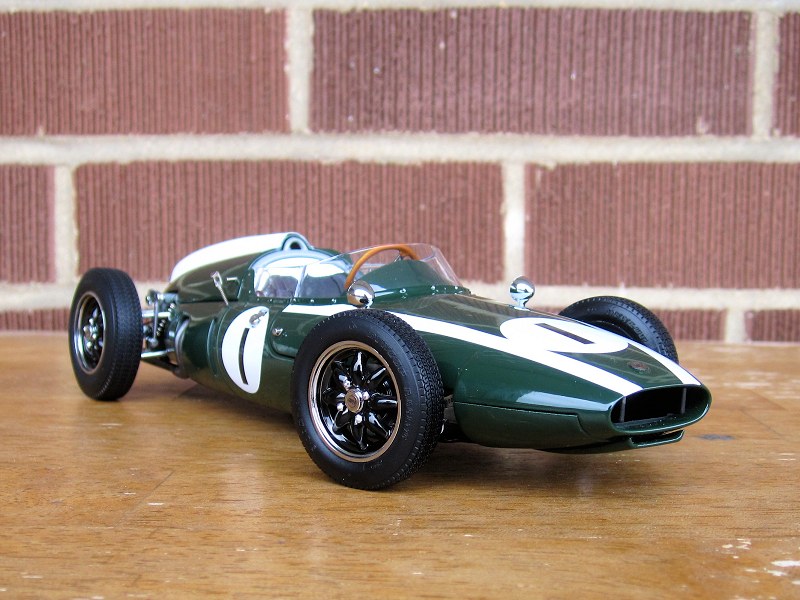 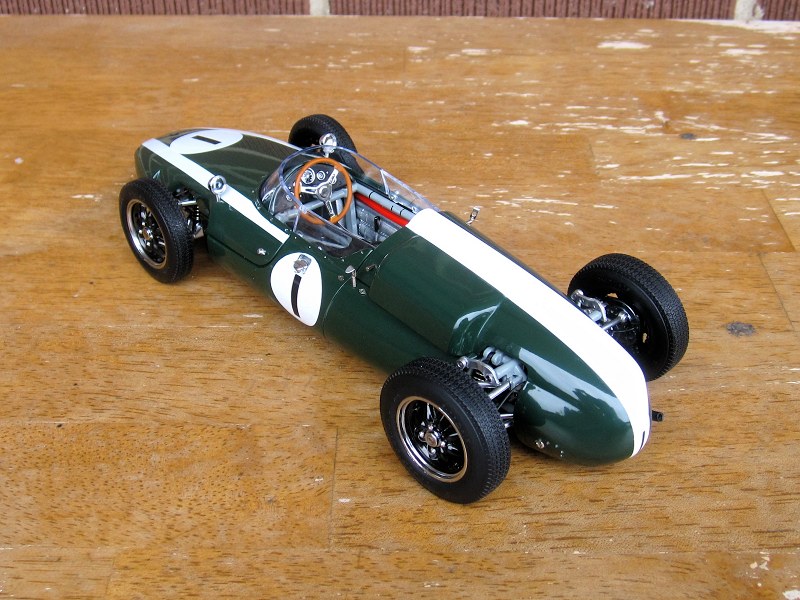 This is my first Schuco model and I have to say, I love the packaging. The model sits in a styrofoam shell, without the need for screws. It comes with a panel opener, a Schuco-branded dust cloth, a small metallic name plate, and a brochure listing all the details about the model. Speaking of details, this model has 350 parts and weighs about 260 g. It definitely feels exquisite, but it is light, and it is fragile. There are two tiny photo-etch pieces that rest where the windscreen and the side screen meet. They’re not glued, so you’re expected to “squeeze” them into place. One of them was found shaking around in the box, and the other in its place. As soon as I attempted to open the bonnet, it flew off and was difficult to find. That happened several times, until I eventually decided to leave it in a small zipped bag that is also included in the box for the bolts that hold the bonnet down. Also, one of the fuel filler caps fell off as soon as I flipped the model over, as it probably isn’t glued into place, so it must have come loose during shipping. The model feels very fiddly as well. 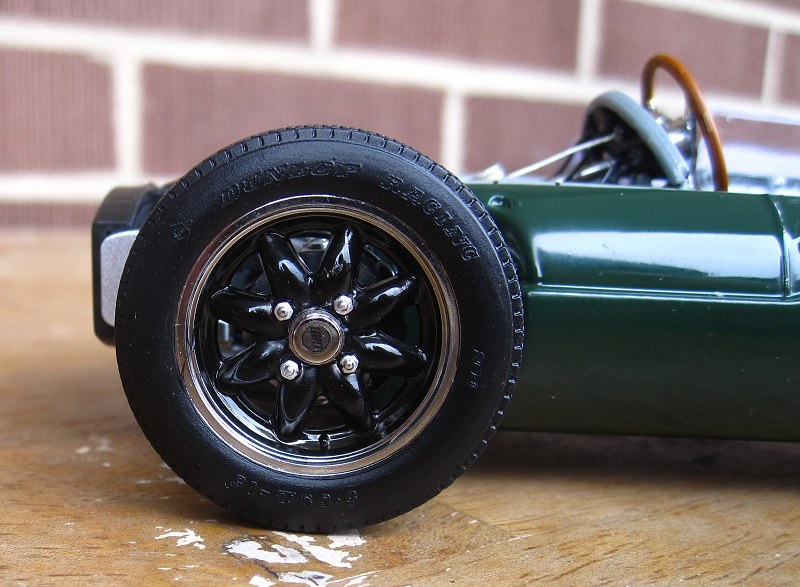 The tires do a figure eight when rolled, and when I opened the engine cover, a chunk of excess glue fell off from somewhere, but I have no idea where. My other complaint is that the bonnet is extremely difficult to put into place. A model as fragile as this should not require such force, as you’re almost guaranteed that something will break. If the bolts for the front bonnet are not put into place, it will not stay closed, so it has to be pushed down hard while the bolts are inserted, and it’s a scary process. 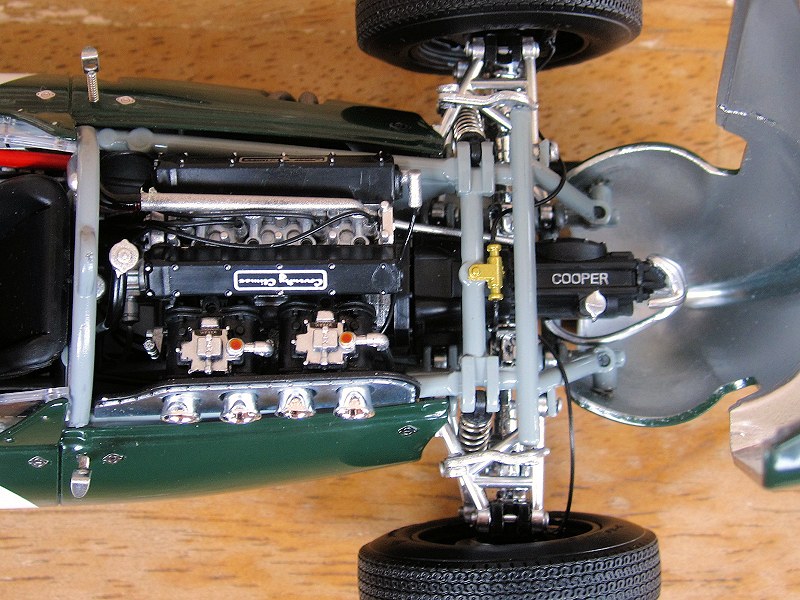 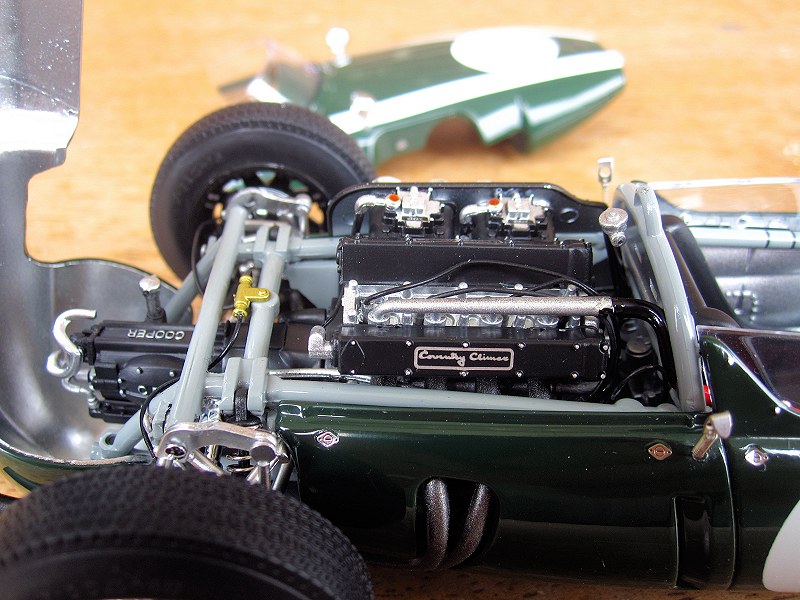 Complaints and niggles over with, let’s move to the model. Despite of what I said above, it does not disappoint. It feels like a high quality item, with lots of detail and interesting materials. Nothing is omitted, including the authentic “Coventry Climax” engine print that appears to be upside down when viewed from the left side. I love the suspension detail and the fact that all the panels can be removed. If you have a small screwdriver, you can unscrew the engine cover as well. The paint is absolutely flawless and expertly applied. The decals are perfect. The space-frame has some plastic components that I don’t like, but it’s not a big deal. The engine looks awesome and the engine cover is held in place by two spring-loaded latches. The tires sport authentic print and pattern and the rims get no complaints from me. There are tiny photo-etch pieces everywhere you look. 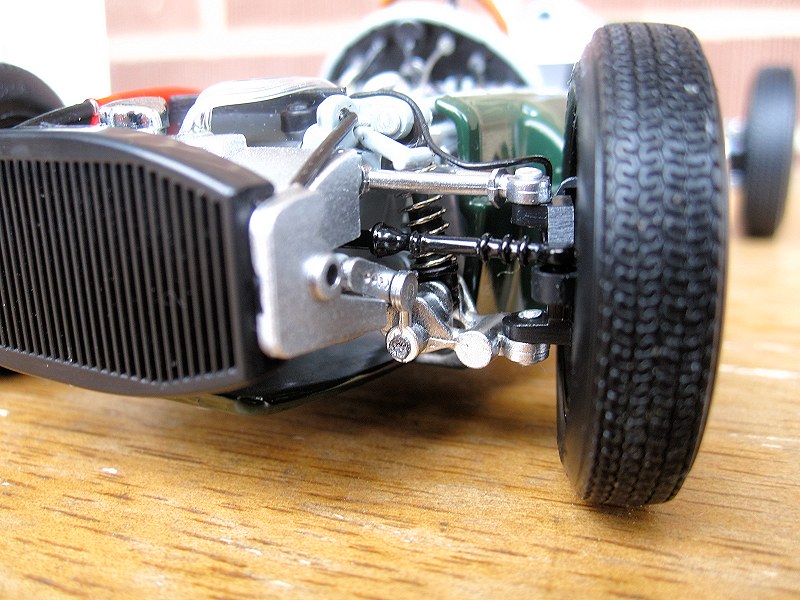 The suspension is fully functional, compressing and decompressing smoothly and naturally, while the rear driveshaft spins with the tires. One thing that I particularly love, especially after the recent lot of AUTOarts with funny steering problems, is that if you turn the steering wheel left or right, the tires will follow realistically. There is no lag, misalignment, or awkwardness. I just love this level of engineering that some manufacturers still can’t seem to get a handle on. 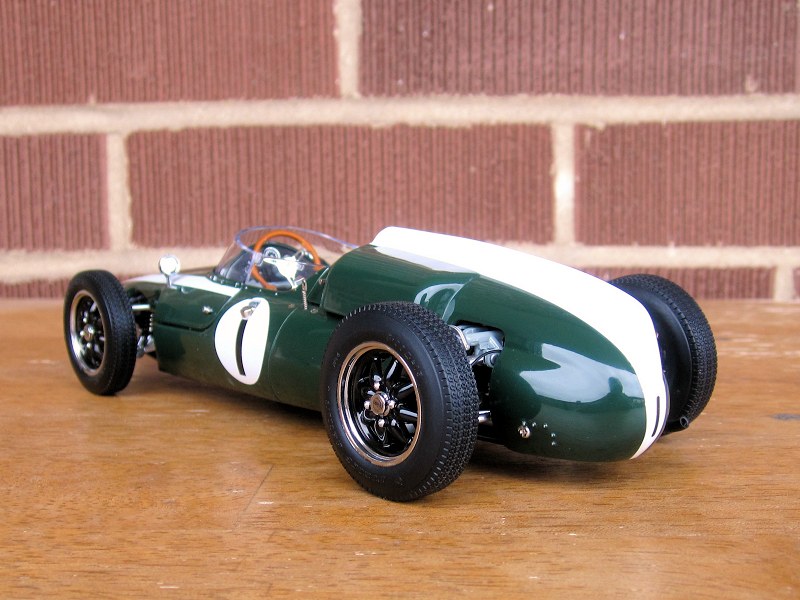 So what we have here is a quite expensive (though worth it) piece of automotive history. It is extremely fragile, so it should be handled with care. Schuco is an old company as well, so there is a certain degree of charm and old magic when you open the box. These models are highly sought after, and the previously released T51 world championship car is almost nowhere to be seen on eBay. So get one while you can, I promise you it’ll look good next to your Exoto, CMC and TSM vintage Formula 1 cars. 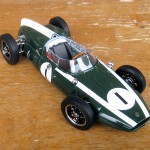 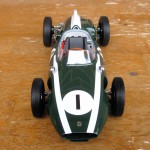 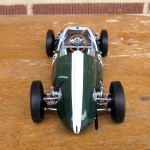 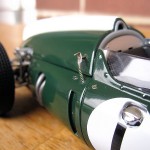 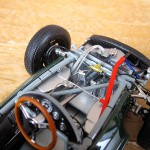 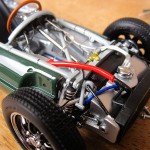 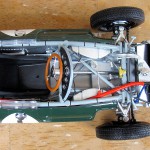 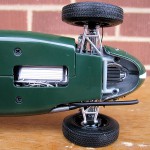 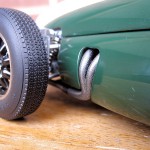 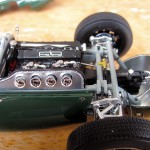 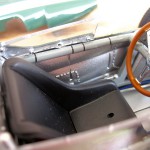 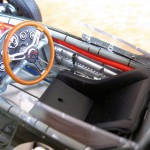 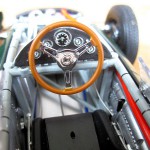 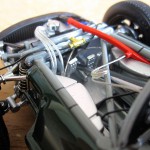