The Kyosho Ferrari 365 is a well-known and admired model. Almost everyone has at least one in their collection, whether plain-bodied or liveried. I originally had the #39 race version in Blue/White/Red, but sold it recently and bought this instead. I’m sure you’ll agree with me that this one is much more pleasing to the eye in Rosso with that stripe down the middle. It’s a gorgeous looking thing. Having said that, I will not review the entire model as many of you are already familiar with it and know it is great. I am simply going to try to pin-point exactly why Kyosho thought it deserved the “High-End” designation. 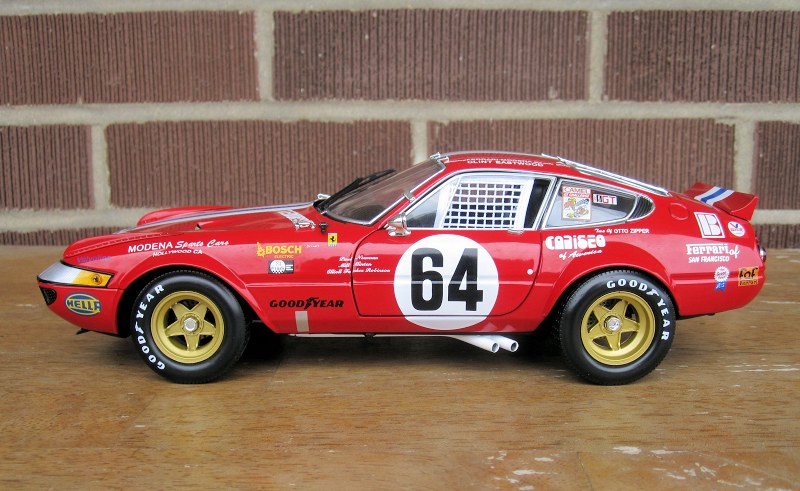 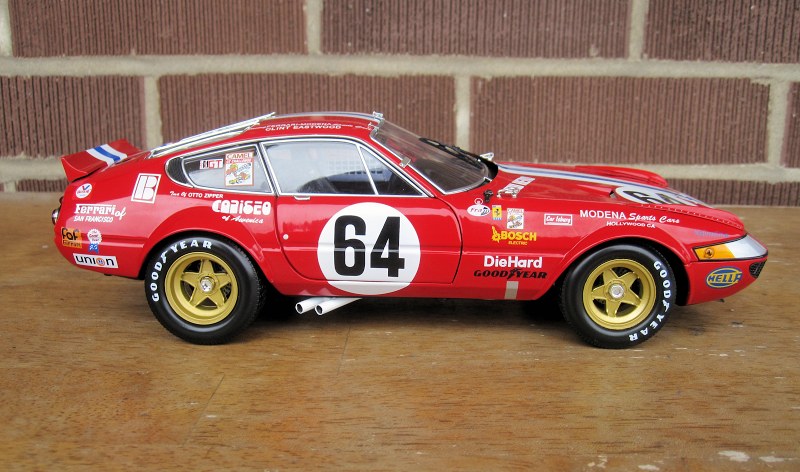 The first difference is the packaging. There are now two boxes, with the outer looking like a regular box this model usually comes in, albeit opening a little differently. The inner box is tastefully plain red with gold print. Opening the box I found the model without QC faults, just like my other one, and looking very nice indeed. I was hard-pressed to find differences, however. From what I could tell, the only obvious difference is the fact that the driver’s side window netting is actually made of fabric, which is a great touch. Eagle-eyed collectors will spot that the Ferrari emblems on the front headlights (the amber indicator portion) are now more detailed. Tires also spot “Goodyear” print, while my other model didn’t. The headlights look a little better, and there is quite a bit more detail in the trunk, but that is about it. 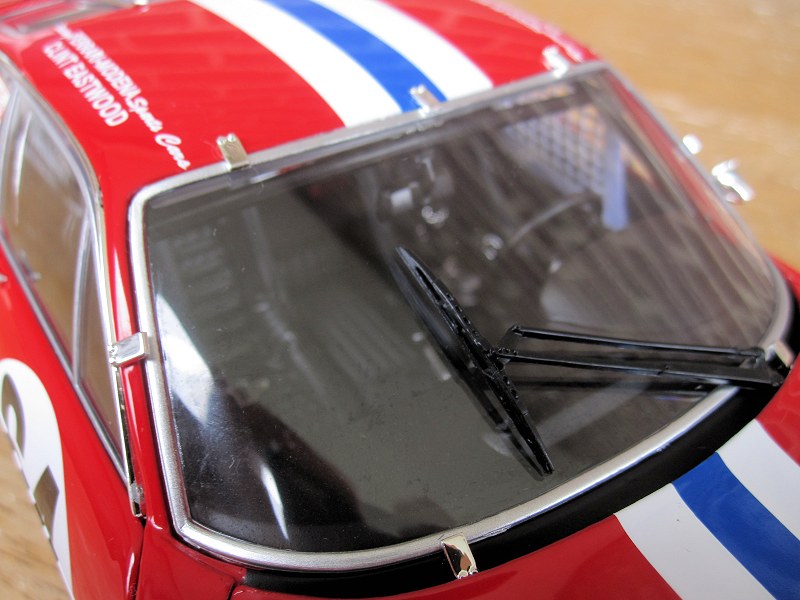 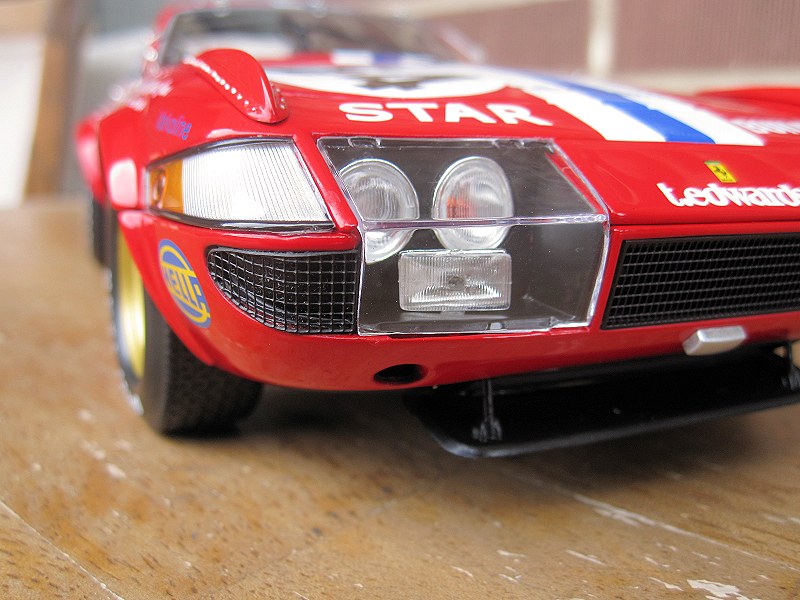 Don’t get me wrong, I am definitely not complaining. I just think this model isn’t worth the price Kyosho is asking for it. It’s based on a mould that is really starting to show its age. The clamps that hold the windshield in place could have been photo-etched, but instead they’re crude chromed plastic. There is a gap in between the windshield and the A-pillar that you could squeeze a credit card through. Everything on the body of the model is identical to the non-high end version, apart from the rivets on the front winglets (to either side of the hood) being painted silver, which was previously omitted. Somehow the headlights look better to me, but that could just be my imagination. I love the fact that the car has Clint Eastwood’s name above its doors and was driven by Paul Newman (actor and a successful racer at the time); this thing is all Hollywood. 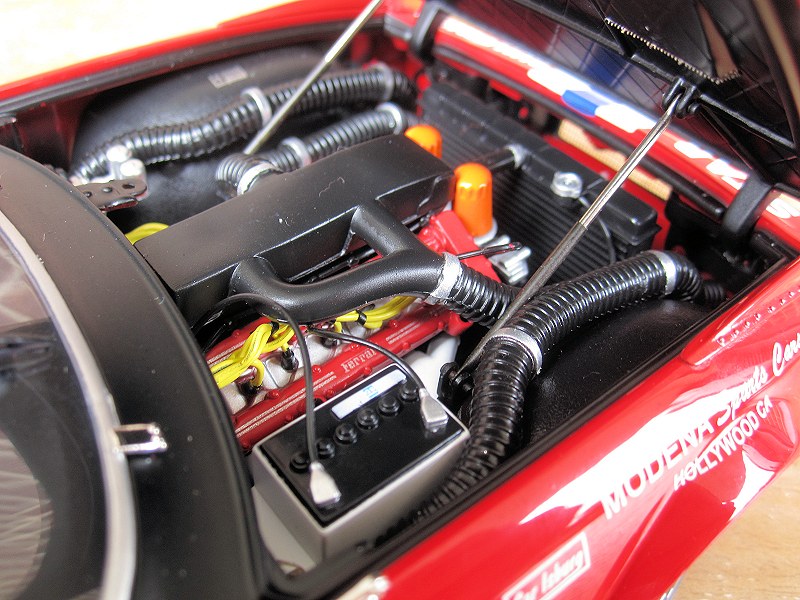 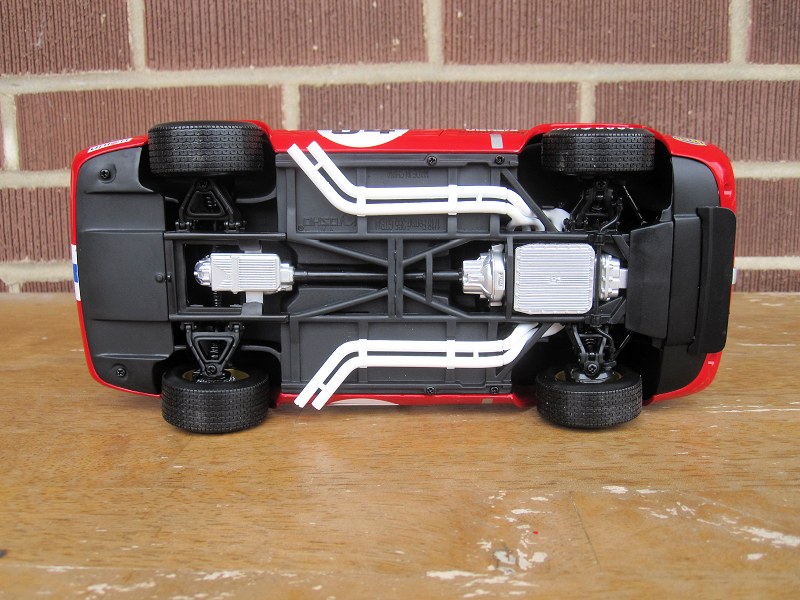 The interior, engine and under-body are entirely identical to the “regular” version. I got excited when I saw mesh on the hood, but then I realized the other version had it too. So that’s about it. This model has glamour and charisma and I love its muscular looks. It’s got race pedigree as well. Finished 5th at the 1977 Daytona 24 Hours, no less. Just don’t go for it looking for miracles, cause you won’t find any. It’s still the same good old model, despite the shiny new box. But “high-end” and $200+? That I can’t justify. 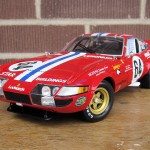 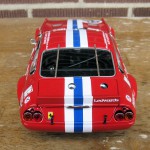 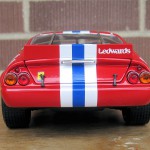 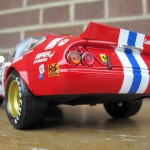 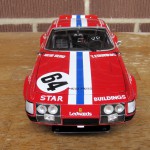 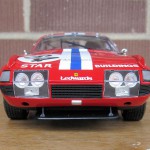 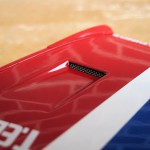 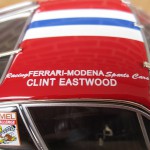 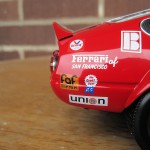 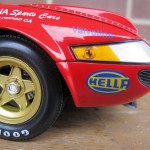 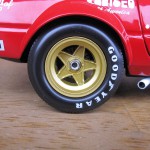 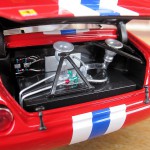 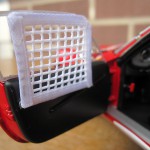