The Lykan Hypersport does hardly need further introduction, given its media presence. In real life, W-Motor´s first product was only built 7 times. On 1:18th scale, KengFai´s rendition is, to my count, the 5th manufacturer after Top Marques, Frontiart, Jada and AutoCraft. While the sealed Top Marques has an excellent deep metallic paint job, the AutoCraft has full 360 access including struts on the front and rear hoods, but the same flat red paint as the Jada toy. The KengFai model now combines the best of both worlds. It usually comes with a nice leather base and acrylic display case, but Schuco distributes them in a styrofoam shell in Europe. 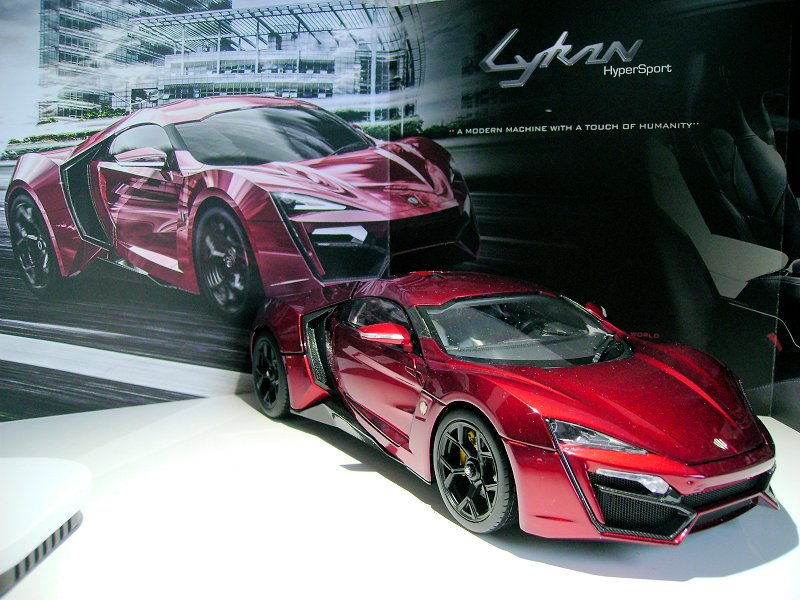 Their first Lykan comes in red… and I can hear some people moaning about, oh, how boring red is. But it is not AutoCraft’s and Jada’s boringly flat red, but a deep rich dark red metallic paint that beautifully glistens ranging from black to orange, depending on light and angle. Any Ferrari shade of red might be called boring compared to this. The model’s sharp edges, angles and creases help the light to create these shades playing with the monster’s contours. The glossy carbon fibre imitation on the various applications scattered 360 around the car and under the hoods can teach AUTOart a lesson.

The front lights are sufficiently detailed, even though you will be looking for the famous diamonds in vain. But in contrast to the other diecast models of the Lykan, the indicators are transparent, not solid white. The spectacular 7-shaped tail lights are the first manufacturer’s to have a transparent centre inserted into the red “7” shape where the car’s indicators are when even Top Marques gave us a chrome sticker. Admittedly, these could be done more cleanly, but it is a great effort. 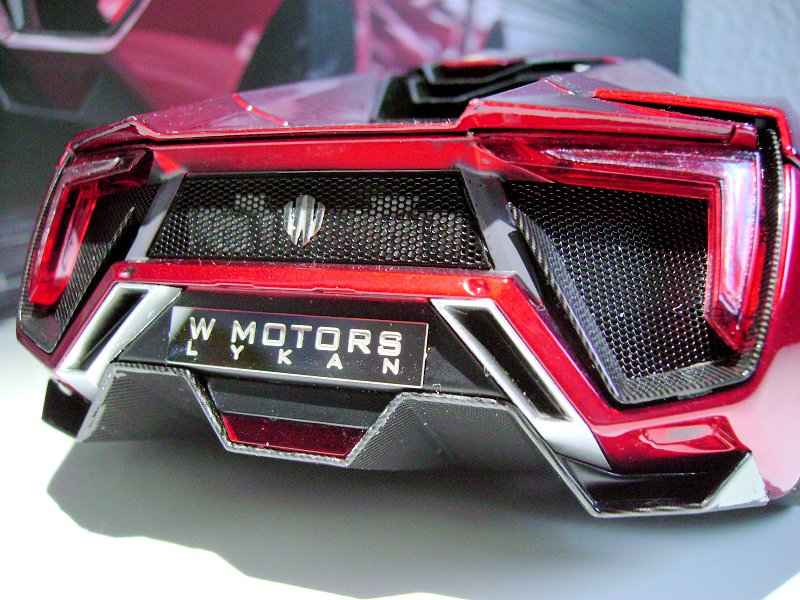 The other feature you have to give KengFai credit for is having breakthrough mesh all around in all the right places. Even underneath the rear engine cover, which just like on the real car opens on struts but does not reveal the engine, you find to fans covered by to pieces of mesh. The other features worth seeing under the rear cover are the red curls of the suspension springs and air pipes. Be careful, though, not to open the rear while the doors are open as the window corner blocks the rear cover and force may break the door’s window. There is even less to be seen under the front hood to be seen, only the beautiful weave of carbon and a few lids for liquids. 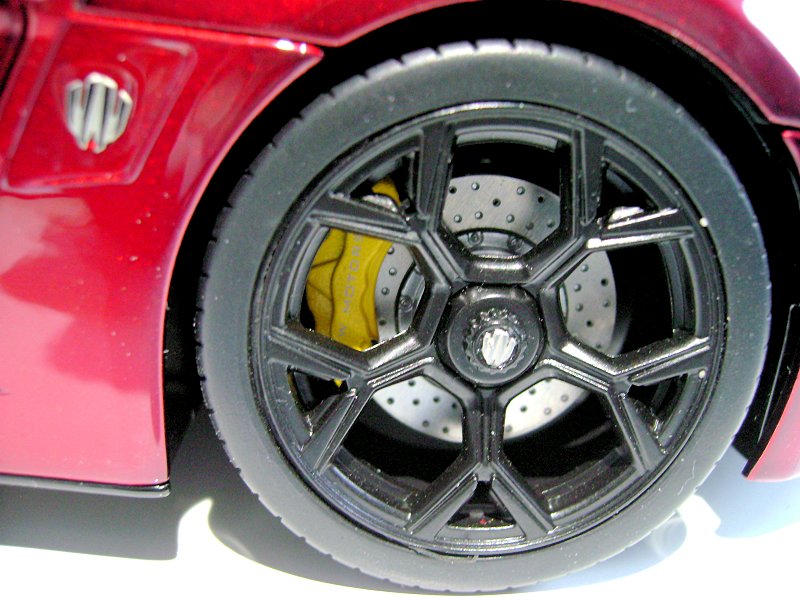 Rims, braking discs and calipers are nicely made, but there is no branding on either the tires or the calipers, only the “W” badge on the rims’ centres like on the front fender, the hood and the rear. The tiny shiny badge on top of the engine´s carbon-pyramid-cover is there too.

The doors open back- and upwards like on the real car, the mechanism solidly realized by small doglegs that do a nice job of closing the doors tightly shut so that you need an opening tool to open them against some spring-loaded resistance before the arrest themselves in the fully open position. Never mind the beauty-aspect, the mechanism is convincingly done. 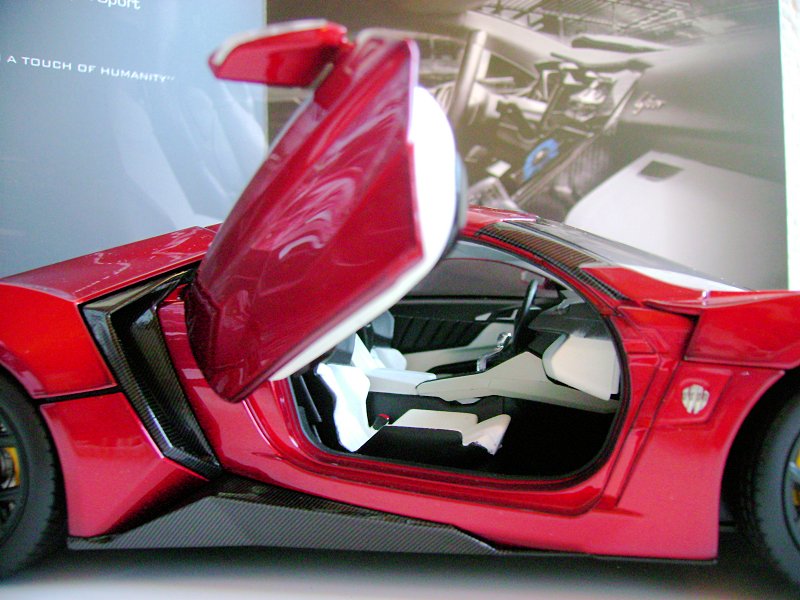 The interior is finished in a black and white two-tone that adds noblesse and is slightly better than the AutoCraft. You get the same chrome power ranger gear lever on the centre console. The centre “touchscreen” seems a little too horizontal, but then, there is no real “screen” on the holographic real car, so that you can’t blame KengFai for not having replicated icons floating in thin air. The colours there as well as on the gauges seem spot on. Like with so many models nowadays you get the buckles but not the belts to strap driver and passenger into the bucket seats. A nice touch is the “Lykan” badge above the glove compartment. 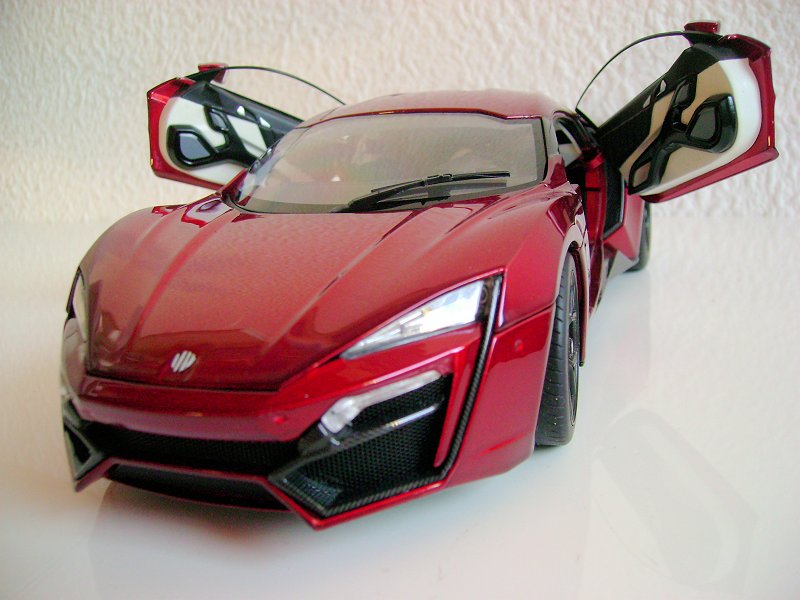 You find it there, but for some extremely odd reason, you don´t find it on the mesh at the car’s rear where it really should prominently and proudly sit. I first thought, it had come off and was lost on mine, but when you look at other photos, you realize that KengFai simply did not give its model the badge. The only other model not to have this is the Jada toy. Boo!

This is a major disappointment with a model that does convincingly open those gorgeous doors (and is one of very few models displayed with a door ajar in my collection) and ticks most of the boxes, so that I seriously consider having the Top Marques “donate” its badge if I can´t find any other solution.

Unfortunately, I have to admit that despite this omission, to my mind it remains the best available replica of the Lykan Hypersport out there. And if unlike myself, you really don´t like the colour, KengFai will/does offer others. 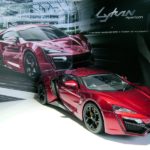 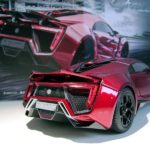 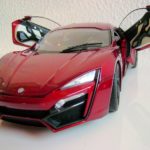 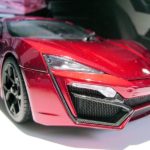 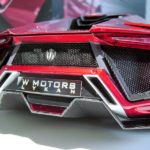 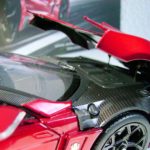 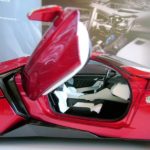 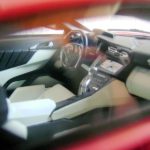 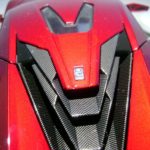 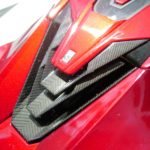 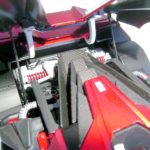 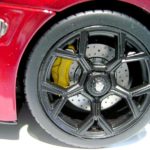