Gordon Murray has created an automotive icon, masterpiece and jewel – McLaren F1. A racing variant followed with McLaren F1 GTR and then a victory at the 24hr LeMans. To celebrate, five road-going McLaren F GTRs were made and three of them painted in the famous papaya orange. Most of us will never be able to see one in flesh; however, our friends at Solido were kind enough to make us a budget-friendly model to enjoy. Today I am going to review the papaya orange Solido 1:18 scale McLaren F1 GTR. 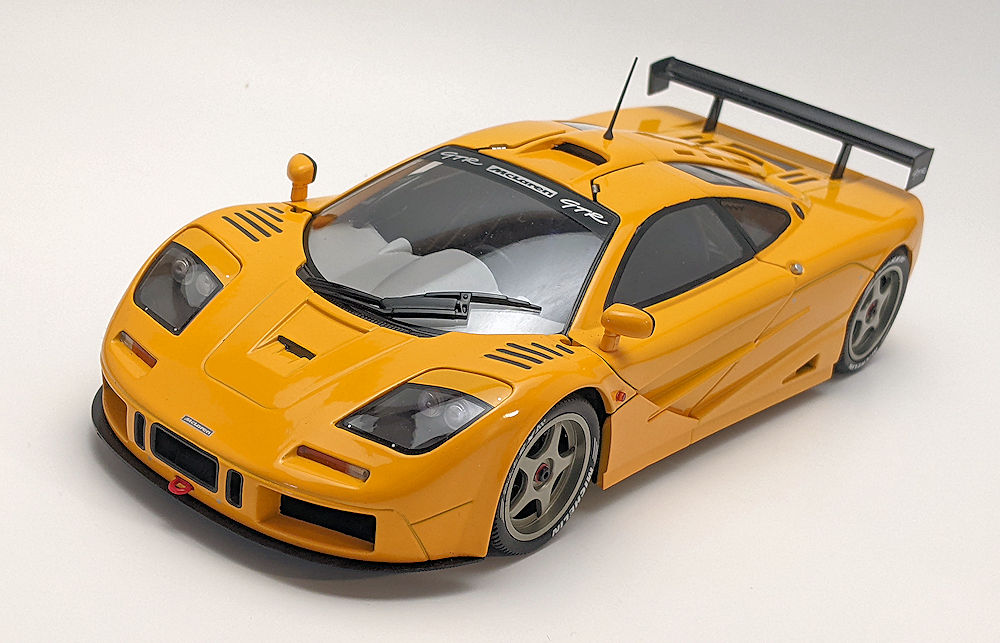 The model is made from die-cast metal with opening doors, rolling and steerable rubber wheels, packaged in the standard Solido box. Mirrors are attached and no mirror assembly is required on this one. Looking at the model through clear plastic on the front of the box gives a very positive vibe. Let’s see how it measures up outside the box. 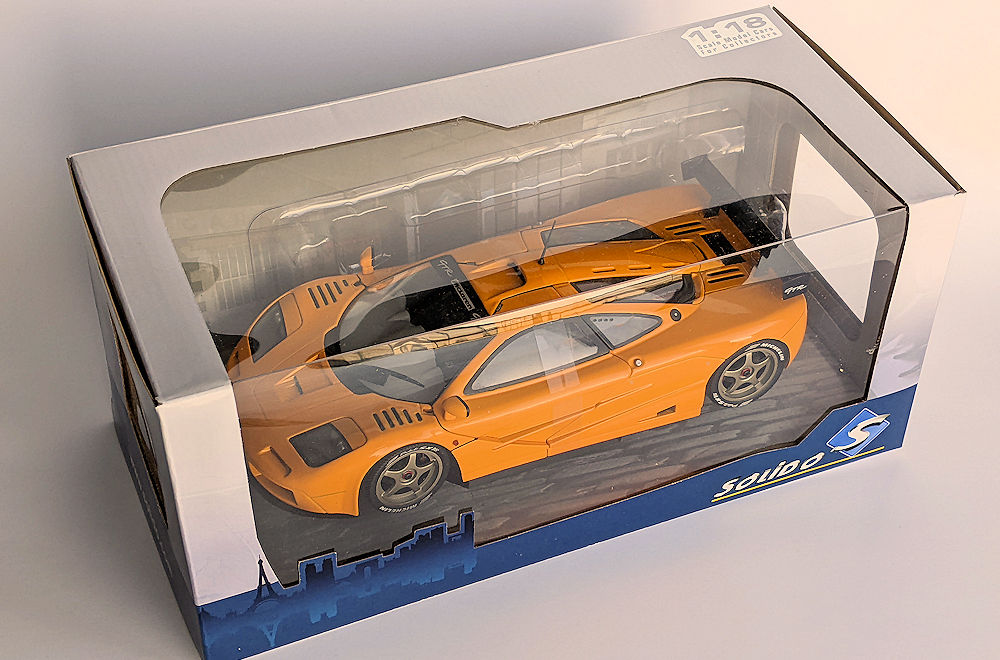 The overall look is captured very well for the most part, but there are a couple of things that I will address later on. The model does look extremely pleasant, I think it is well done for the budget price. I see this as an improvement over their 600LT I have also reviewed. The paint colour is done well and does represent the papaya orange shade well, but does get a little thin in the grooves when looking up close. Overall, I would give it two thumbs up. 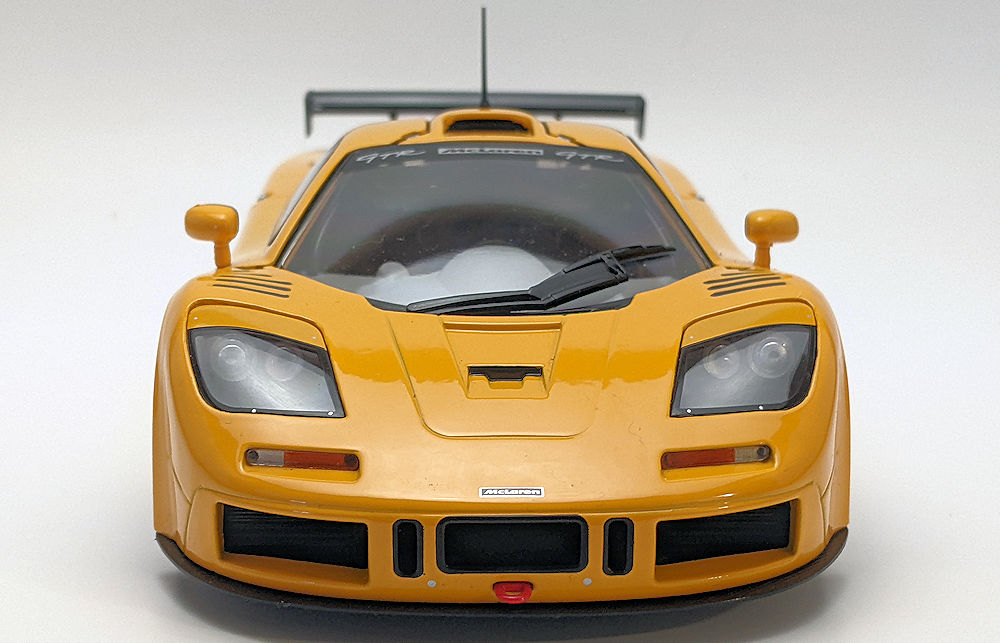 The front is executed well with some likable details but not truly 100% accurate. The vertical openings on the front bumper are too wide and the front McLaren logo is placed a little too low. The front horizontal lights on the lower section are spot on, but the round lenses on the upper lights could use some refinement. The vents are simulated with black paint and I think it works well. 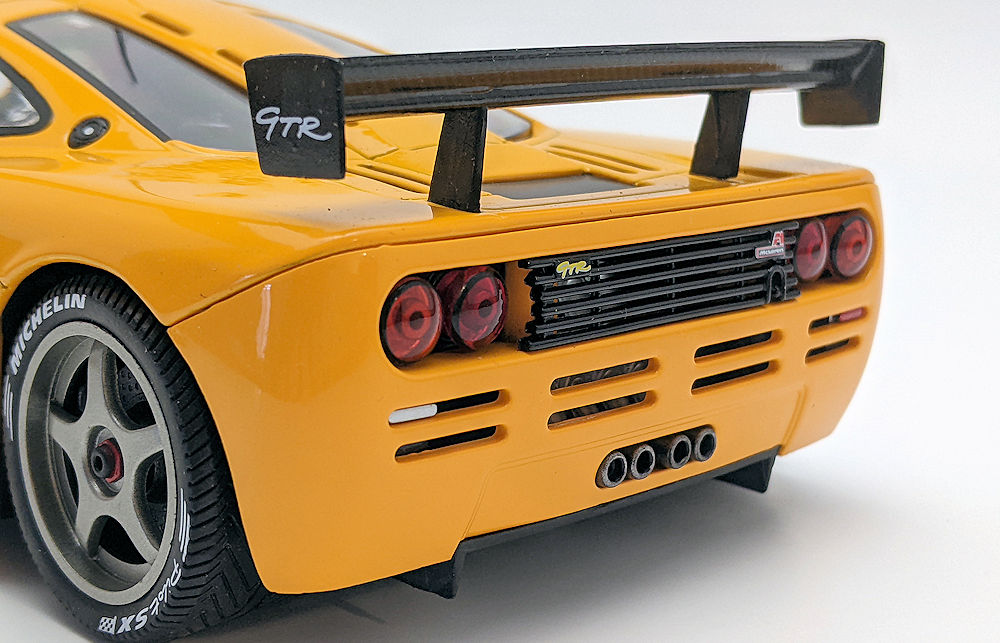 The back of the car is truly a lovely surprise – the back grill is perforated plastic and not a solid piece. I did not expect that for the budget price – well done Solido! The eight openings in the rear bumper are actual cutouts – another plus. Quad exhausts and carbon fibre simulated plastic rear wing complete the package. 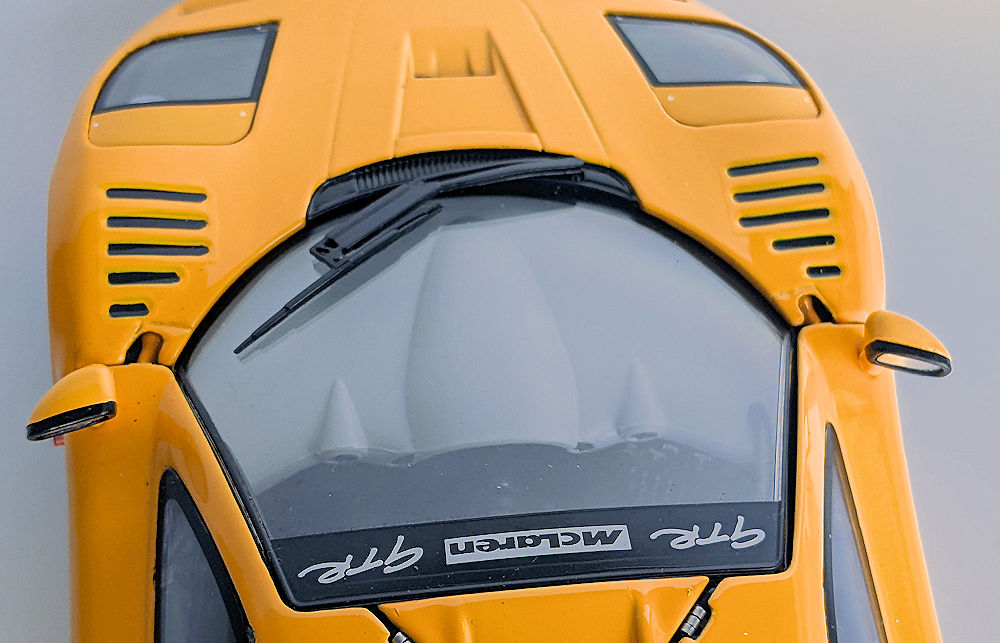 The side of the model looks good, however, this being a budget model the front vents on the doors are not cut out or painted black. This definitely shows some cost-saving to keep the price of the model in the budget range. Doors do open, though do not stay in the open position – you have to hold them in place. Rubber tires show tread and have Michelin Pilot SX markings. Rims drilled discs and Brembo marked calipers are nicely done – no complaints there. Turning signals behind front wheels are orange plastic pieces, again a nice touch. 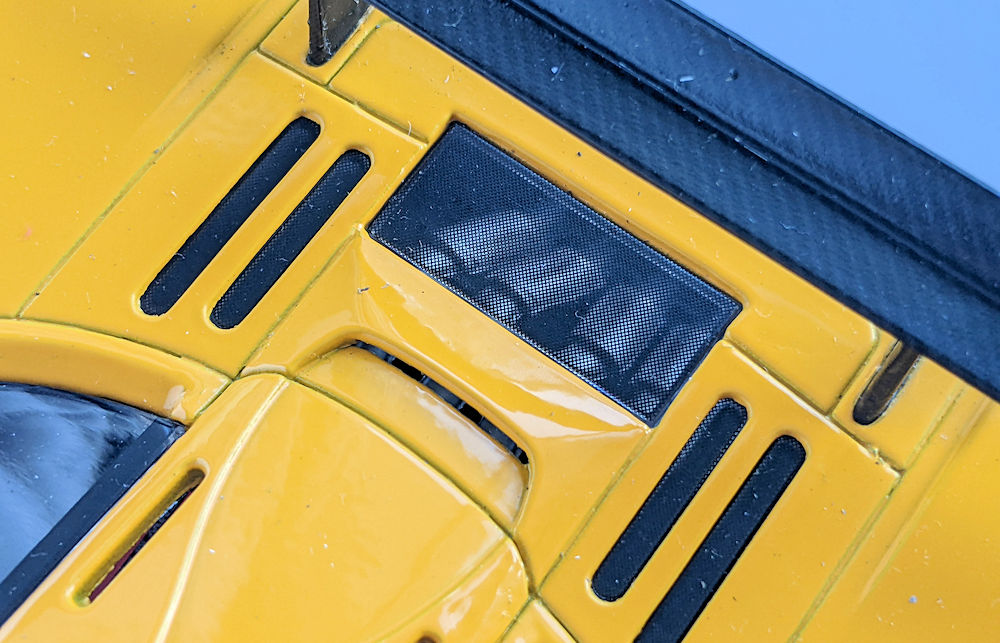 Looking from the top you will be able to get a glimpse of the V12 power plant which was supplied by BMW. Detail is basic here which is understandable as the engine bay does not open. You will see some red and mostly black elements with wiring present but pressed on a solid piece of plastic. Nothing excessive but definitely better than nothing in this price range. 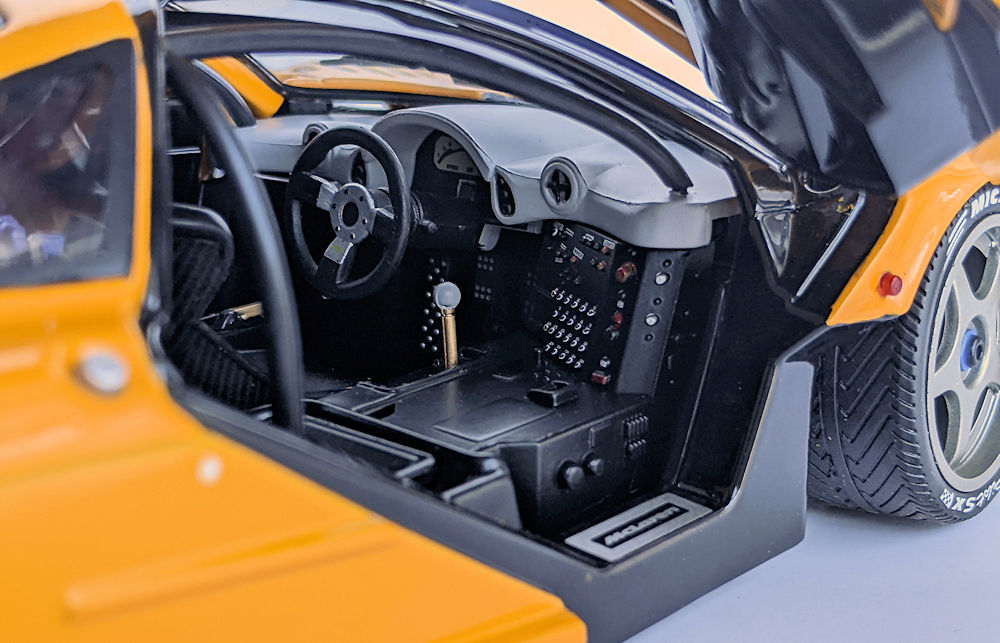 The Interior is finished in mostly black plastic with a grey dashboard, and the iconic three-seat layout is true to the original. The back of the middle seat has a carbon fibre look – nice to see it has not been forgotten. There is enough colour on the console with buttons painted in different colours too. Three pedals and a manual transmission shifter complete the ultimate package. McLaren logo is present on the door sills when the doors are open. I think overall for a budget model the interior is very reasonably done – another plus. 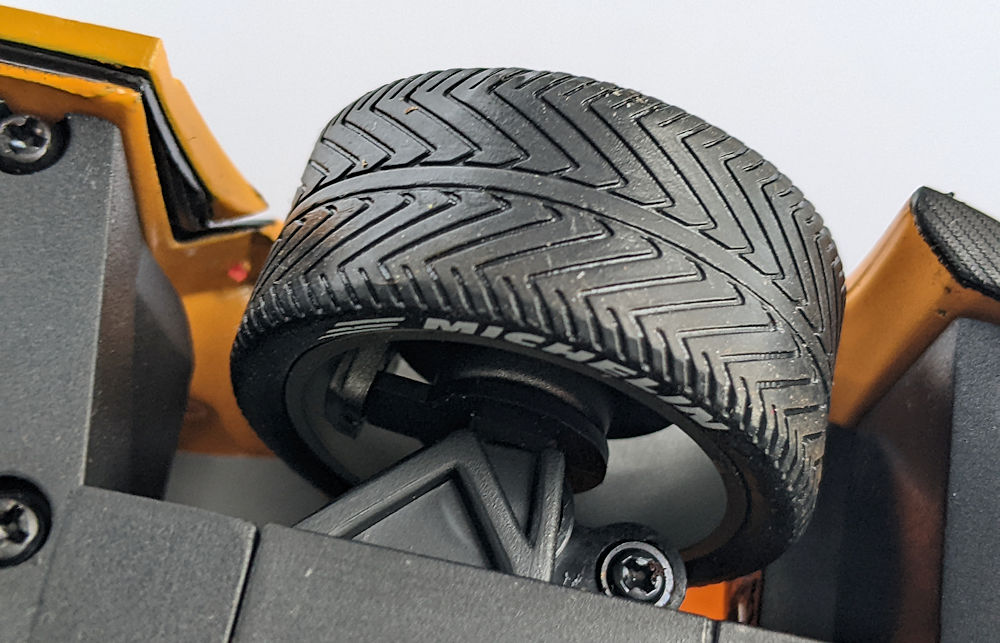 To sum everything up, I think this is a very satisfying budget model – definitely a step up (if not two) from their McLaren 600LT example. The McLaren is not perfect, but I believe there are so many positives that overshadow them for the most part. In short, Solido has hit a home run with the subject matter and has replicated it quite well. I would definitely recommend this model to all the collectors on a tight budget. Thank you Solido – keep them coming!