Words and photos courtesy of WOTDA

In 2018, to celebrate Porsche’s 70th birthday, they decided to do a modern take of the 935. They used the 991 GT2 RS as the base and the end result is a very nice and true interpretation of the 935 race cars. Showing some of the old thinking of form follows function that wasn’t fully controlled by the nanny state that is in today’s age. 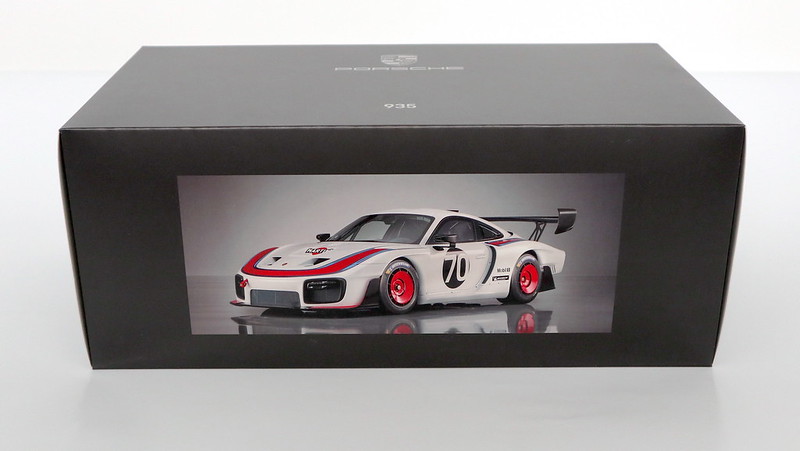 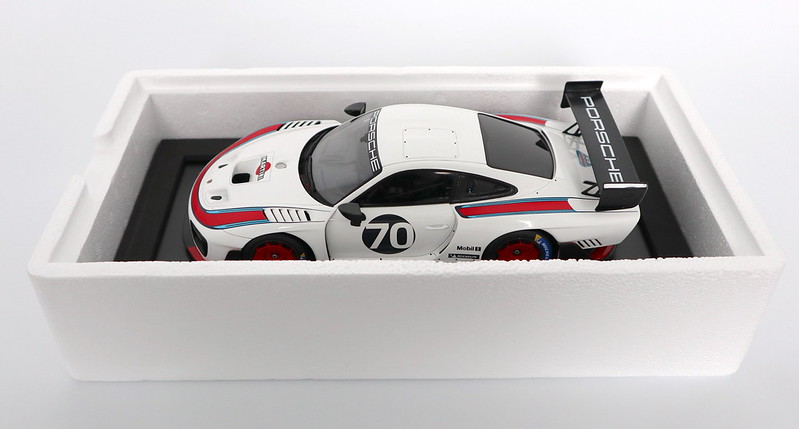 Unfortunately, only 77 of the cars were made and they cost over 700000 euros. Fortunately, if you can’t afford the real car (99% of us) then you can own the diecast model. This 1:18 is a sealed resin made by Spark and its produced in limited numbers of 1911. 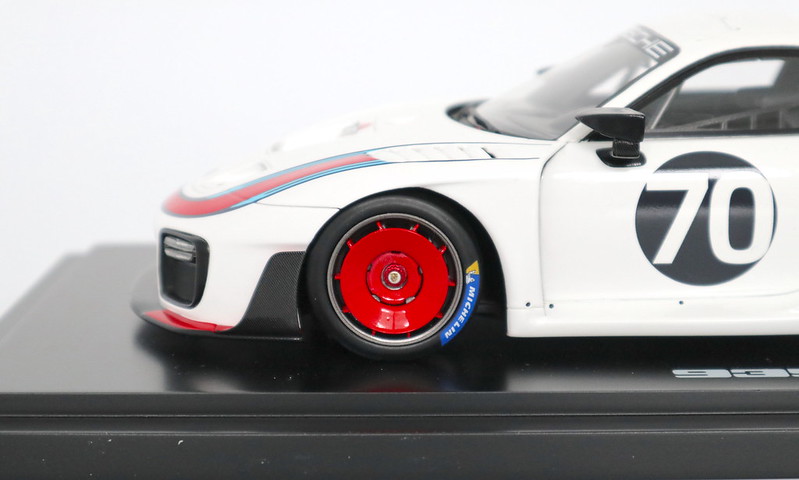 The overall of the exterior is clean and seems true to the 1:1 production car. Details included the racing wheels nut, the aero detail on the front bar and the struts holding the rear diffuser. They even have the cyan/blue wheel nut on the front right correct. 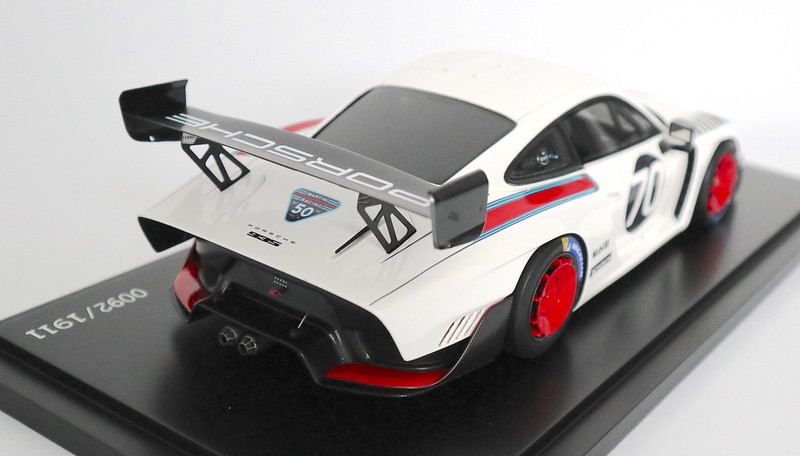 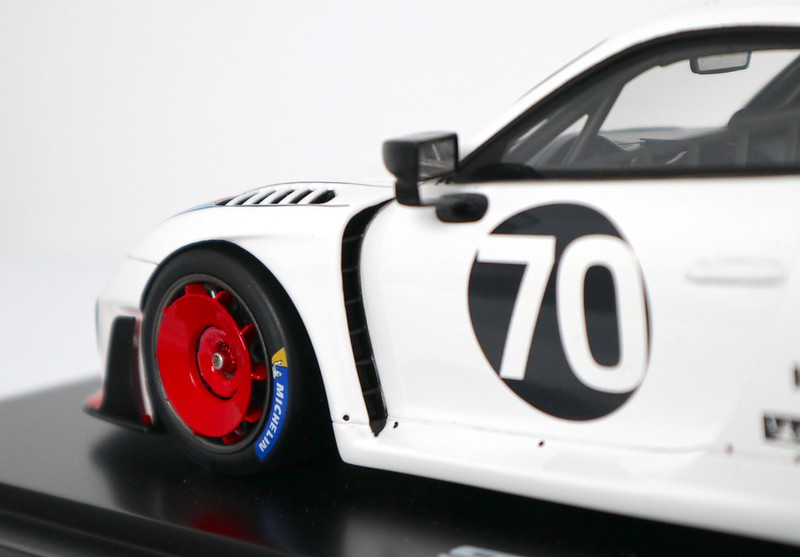 The livery is very nice, simple and clean, and together with the Martini livery it’s true to the real car and pays homage to the 1978 935 Moby Dick. 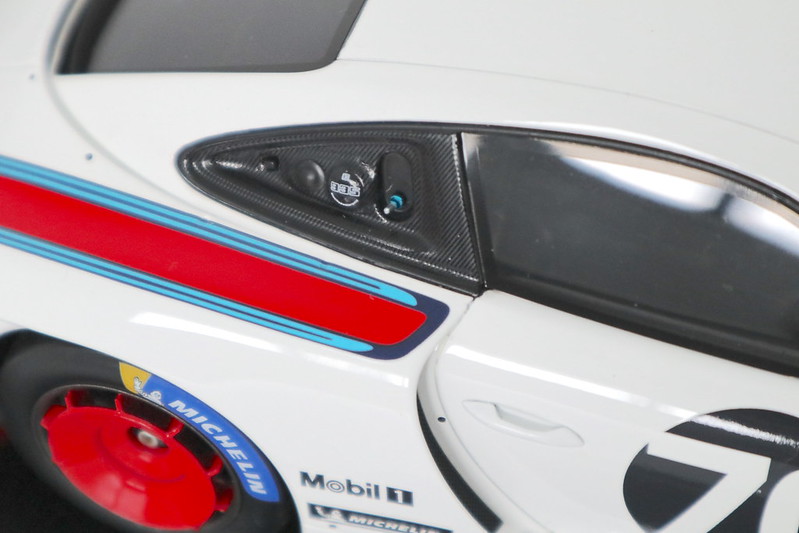 A disappointment externally would be the carbon fibre finish and moulding applied to the fuel cap area between the B and C pillar. The carbon finish looks out of scale and lacking depth. The tow strap in the front and the back does look undersized. 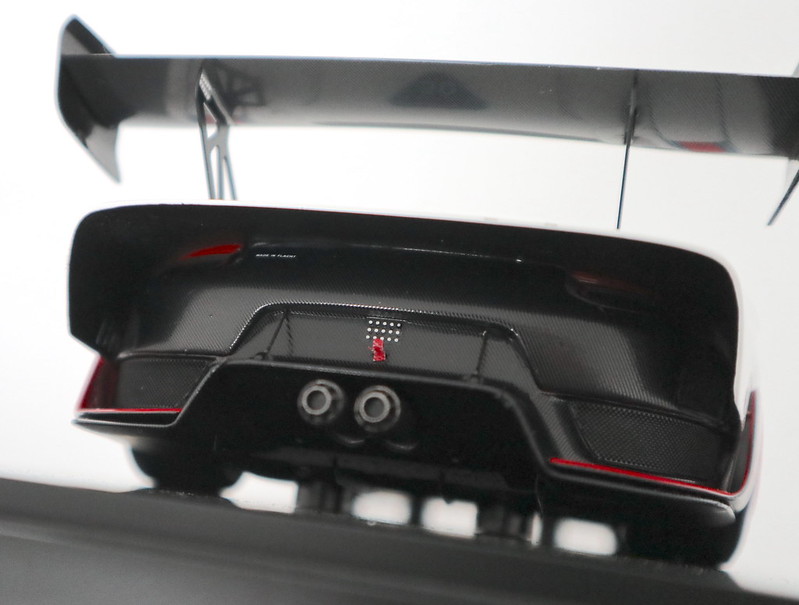 Although it’s a sealed model, they did a good job in the interior details such as the steering wheel, dashboard and gearknob. Unfortunately, it was a bit difficult to photograph.

Like all spark models, this is screw fixed to a black base with the 935 and the production number out 1911. As the car is primarily white with red inserts from the wheels and livery, the black base makes it a great contrast. 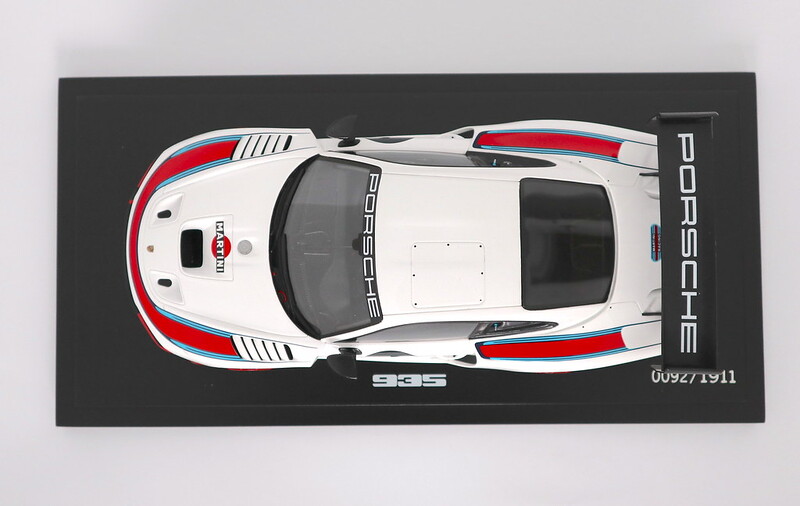 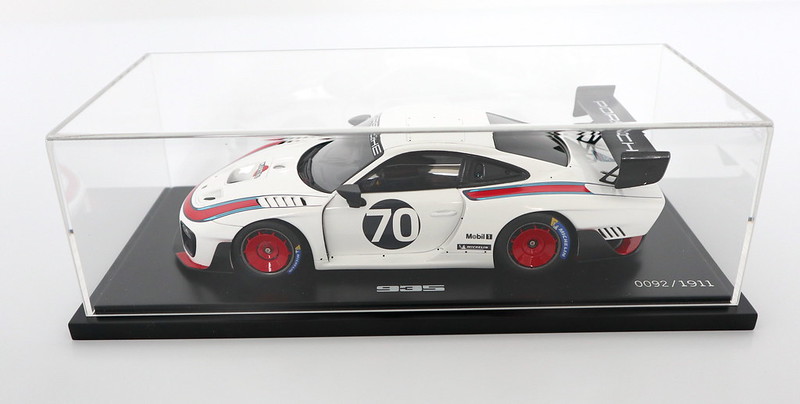 You also get an acrylic cover (thick) to prevent dust when put on display.

As for the value, when spark released these they were in the range of 329 euros which is way too high for a model that is sealed. From what I been told some people did buy it at that price. I however brought this at half the price. The major disappointment is this model should have been made with openable parts at least then the original asking price would have been justified and would have made it that much special to match the real car.