The Tyrrell six-wheelers are probably the coolest Formula 1 cars ever made. Sure, they weren’t the only ones, with Williams and March dabbling with extra wheels as well, but they definitely looked and performed better. These models are very scarce in 1:18, having been released by Exoto quite some time ago, which now command serious money. TSM’s earlier versions, from the 1976 season, were very good value for the money, but sold out quickly and second-hand examples fetch good prices on a certain auction site. Quality-wise, they were like the proverbial box of chocolates, you never knew what you were going to get. Some suffered from severe paint issues, while others had tires that would melt over time. I will give credit where it’s due, however, and mention that TSM responded admirably, by providing replacement tires, free of charge, to customers with affected models. Understandably, that shadow still looms today, as I’m now wondering whether the same quality issues will befall this batch of models, representing the 1977 P34s, of which two versions were made, as driven by Ronnie Peterson, and Patrick Depailler. I picked the former due to it having rain tires, as, for some reason, those don’t seem to have issues. Slick tires often develop bald patches after prolonged contact with a surface. The fact that Peterson finished 3rd in the Belgian GP, while Depailler retired in Monaco – which is the race ‘his’ model is from – certainly helped influence my decision. So, onwards then! 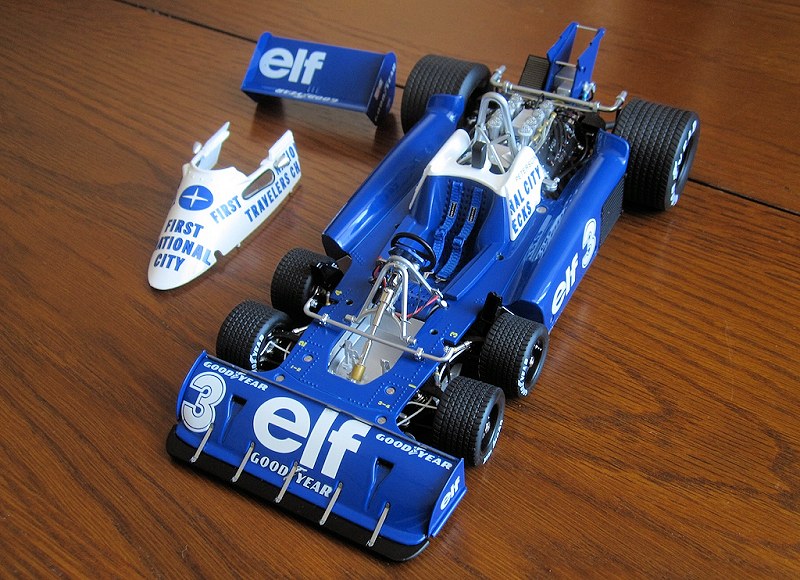 I’ve always liked TSM packaging. The box art is simple and attractive, and there is a good amount of information about the car at the back. The model is encased in a styrofoam shell, wrapped in paper, with the rear wheels individually wrapped, and supplied separately. There is a tool provided that’ll help you put them on. The front tires are already attached, but can be removed should you require a closer look at all the detail. There is the usual plaque, and a certificate of authenticity, which looks like a bank card, and a TSM booklet, with all the other current and future releases. 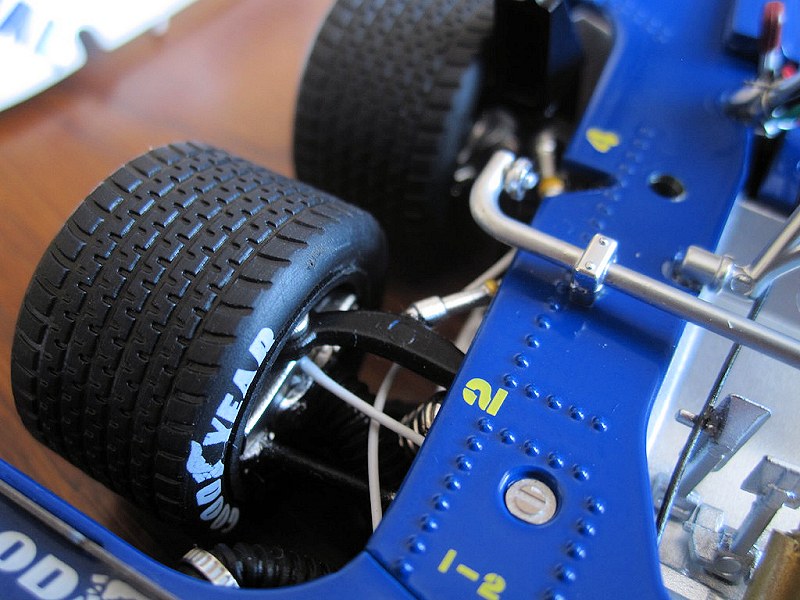 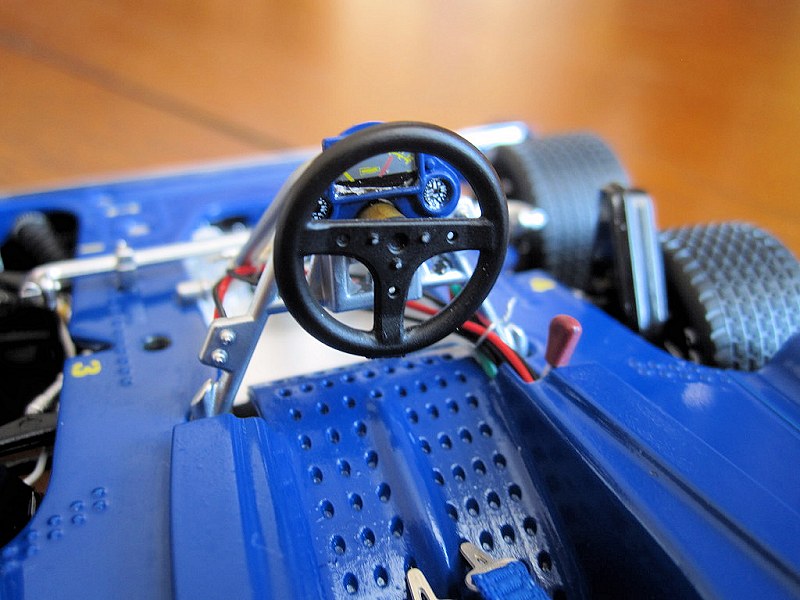 The model itself represents astonishing value. The paint looks amazing, and the graphics are tampo printed. There are photo-etched details everywhere. Plastic is used here and there, but it is not jarring. The driver enclosure, or canopy, fits well, and so does the rear wing. Pay close attention to the intricate workings of the steering mechanism, faithfully reproduced and lending the model an air of solid authenticity. The detail continues everywhere you look, from the excellent engine, complete with clear, flexible hoses and trumpet mesh, to the suspension detail, refreshingly without the presence of giant screwheads. 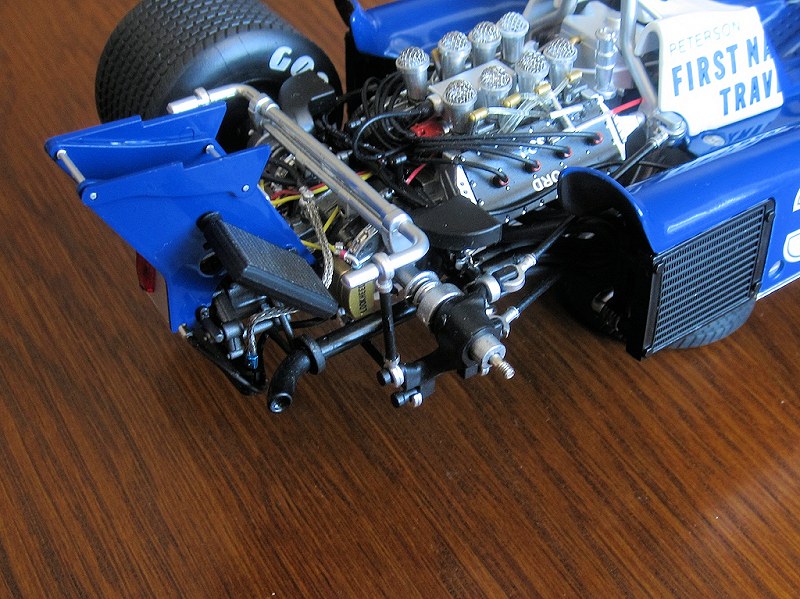 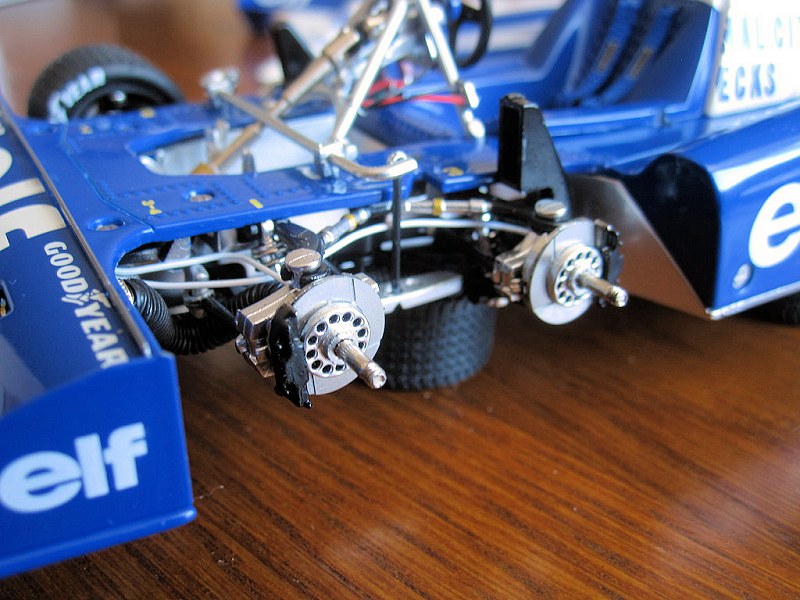 Take the front wheels off and enjoy looking at the brake assembly, and the front suspension detail disappearing into the front section of the model. No effort was spared here, and the result is just gob-smacking. Turn the model over and see the soft, flexible brake cooling hoses running like pythons underneath the car. Past TSM releases, namely the Porsche 936, had some QC issues with ill-fitting panels, or wheels that wouldn’t fit properly, making the model look as if it’s cocking a wheel in the air. I’m delighted to report that this model stands well, all six wheels touching the surface, with tires sporting rain tread, and anodized, colour-coded nuts to denote which side of the car the wheel came from. 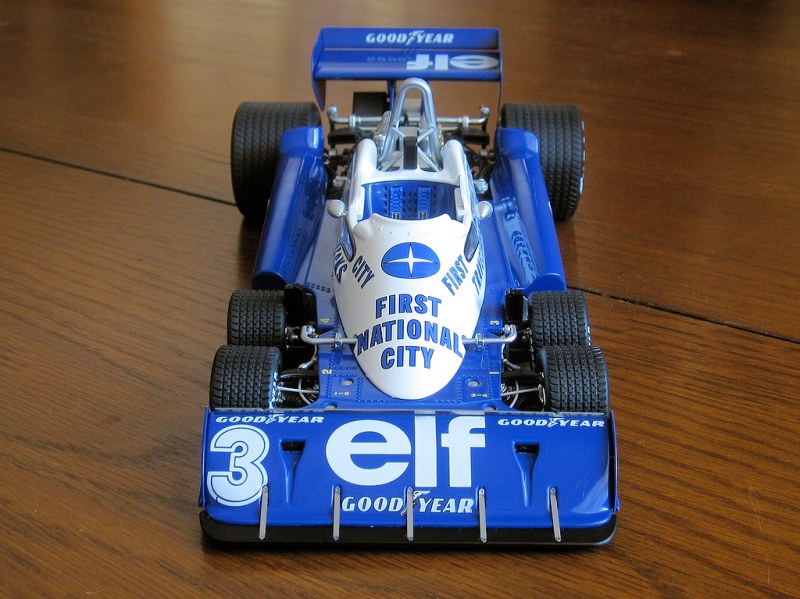 I feel like TSM has an especially close bond to the Tyrrell P34, because it’s always done so well. The Lotus 78, for example, did not have mesh on the engine, and made do with a cheap-looking painted “mesh” instead. This model just oozes quality and authenticity, and I love it. If you’re a fan of Formula 1, you need to add this one to your collection. It’s a limited edition of 1500 pieces, so they shouldn’t sell out too quickly, but don’t wait too long either. I imagine once these sell out, they’ll be highly prized and sought after. I just hope all those past QC issues have been sorted out! 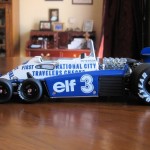 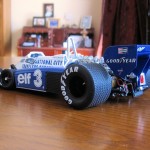 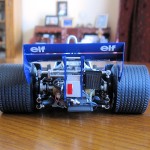 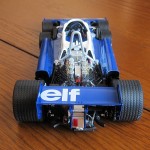 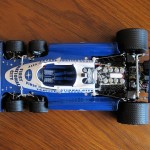 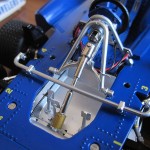 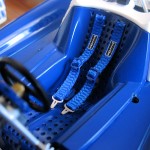 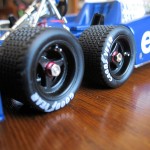 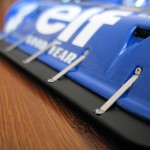 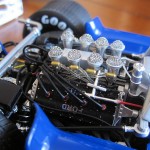 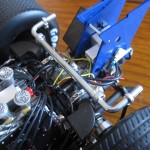 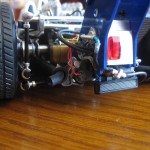 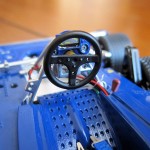 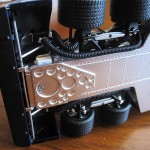 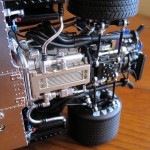