The Lamborghini Huracan LP610-4 has been unveiled at the 2014 Geneva Auto Show, and while MR and Bburago were really quick with their 1:18 scale model, Bburago had four shades at once. In fact, it did take other makes a little longer. Only recently did Kyosho release both a Giallo Taurus and a Rosso Mars version in their new sealed series and Welly also came with a Rosso Mars Huracan shortly after that.

But Welly now also offers this amazing looking Verde Mantis shade on their 1:18 Lamborghini Huracan LP610-4 scale model, and just like the red one I added a while ago, this bright green metallic version is just as good. For a €40 diecast model, it is actually very good, to be honest. 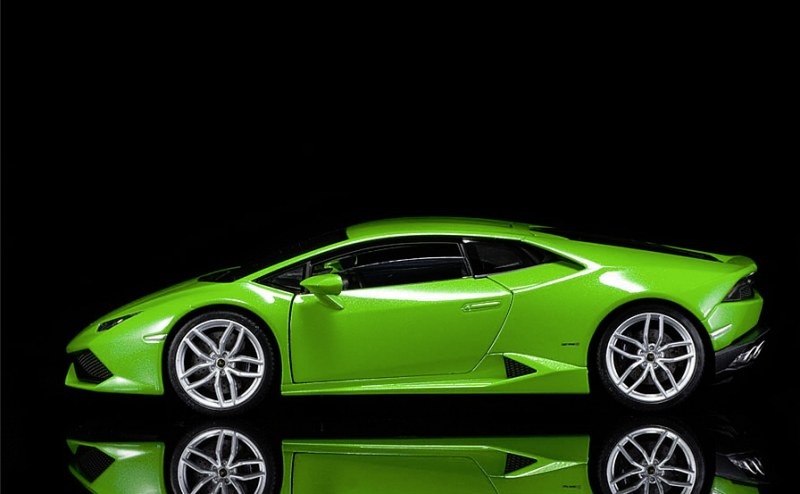 Sure, the grilles are sealed on this Welly model, but keep in mind we are not even close to the price range of an AUTOart model (which once available in early 2016 could very well be close to €200 or more) but other than that you do get a fully opening model from Welly unlike the sealed Kyosho model that sells for nearly twice the price of the Welly NEX Huracan models. 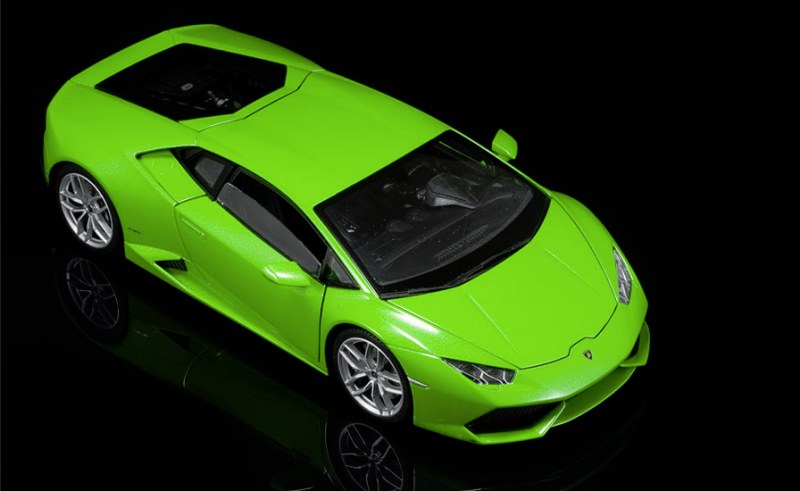 As I already mentioned in my review of the Rosso Mars version from Welly, we are looking at a Lamborghini Huracan rolling on the optional Mimas wheels, which in real life are the same size as the standard Giano wheels, but are much lighter. Another option is the glass engine cover that allows us to admire the V10 engine without opening the engine cover. Now, in real life, this would include the special Forged Composite finish to the visible parts of the engine bay, but thus far no model maker has replicated that in 1:18 scale on the Huracan. 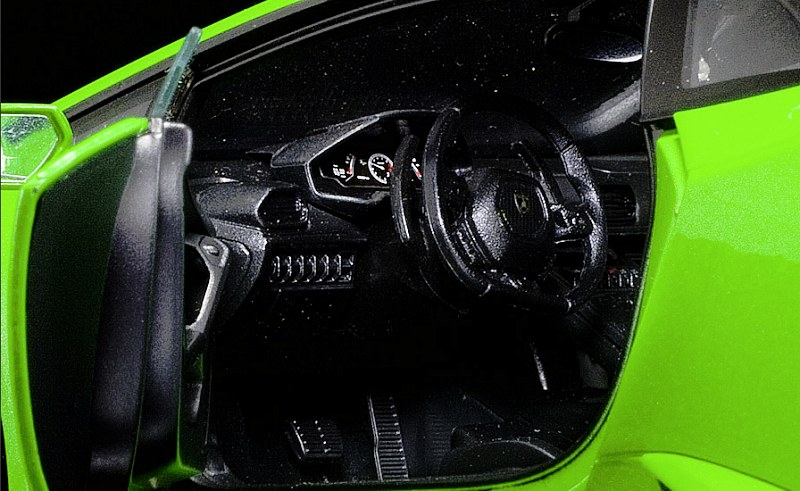 The same remarks I made regarding the red Welly model do apply to this green metallic version. It would be nice to have painted brake calipers and a two tone interior would really make this model stand out. Wouldn’t it be great if there would be some green painted onto the seats, the lower part of the dashboard and the door panels?

In fact, I’m seriously considering taking one of my models apart and painting it myself.  These Welly 1:18 Lamborghini Huracans are a great basis for some modifications in fact. 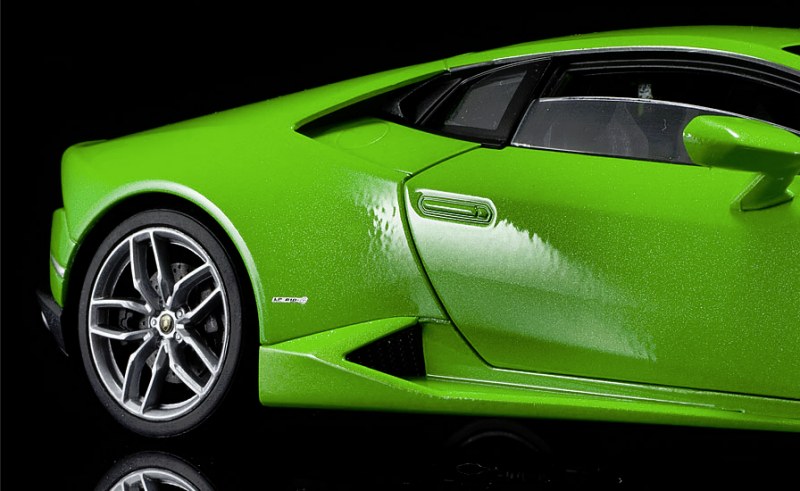 In my review of the Rosso Mars by Welly, I made a comparison between the Kyosho Ousia model and the Welly. Now that is not really comparing two similar models, the Welly sells around €39 while the Kyosho is listed at €69, but this Verde Mantis shade from Welly can be perfectly compared with the similar shaded model from Bburago, which sells around €35, thus making it a more equal model in terms of price.

The first major difference between the 1:18 Huracan models from Bburago and Welly are the wheels they use, Bburago installs Giano wheels while Welly went for the Mimas wheels. 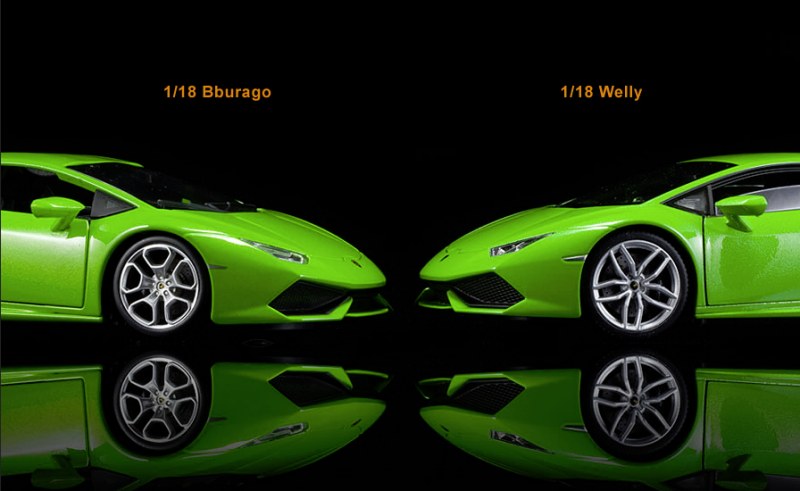 Now I personally do like the standard Giano wheels, they remind me of the design used on the Countach, but I know many people prefer the Mimas wheels as they look like the wheels used on the Gallardo LP570-4 Superleggera, the top of the line V10 back in the day.

Putting both models side by side does show the green paint used by both builders does look very similar, which is a good thing I guess, it isn’t always easy to paint a scale model with correct looking paint.

On the comparison shot I also noticed the small, triangular front window is a lot nicer on the Welly model, the Bburago one is a bit coarse actually. 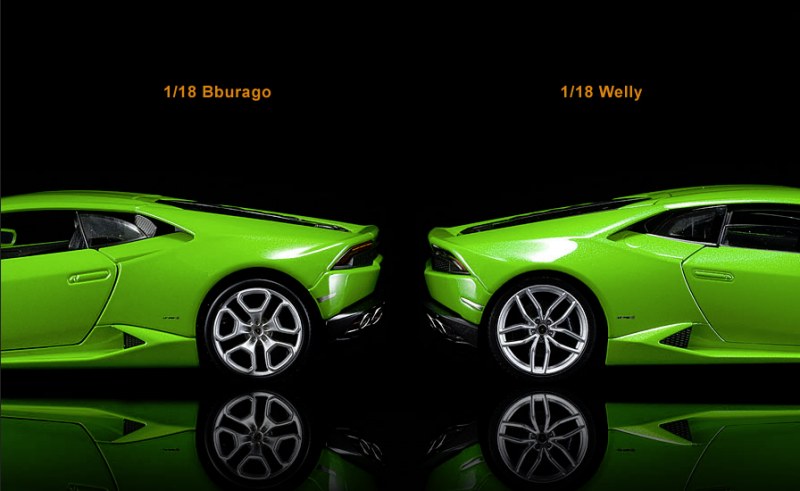 When I put the rear of both cars next to each other the differences are in fact tiny, apart from the obvious wheels it looks like both Bburago and Welly really got the details right.

But again the Welly looks a bit nicer, the details are finer, making the Welly look better overall. Also note the side lights, Bburago just painted them on while Welly actually made an indent before painting them.

A look from the rear also shows the difference between Bburago and Welly, especially the taillights and the third brake light in the middle. 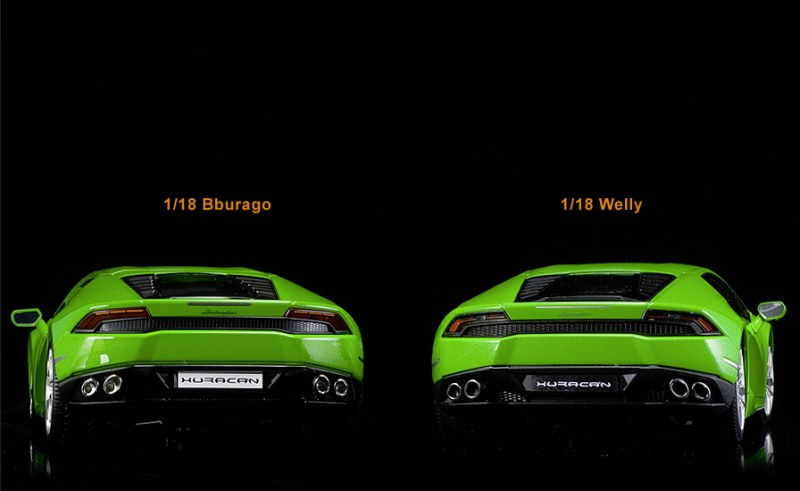 On the real Lamborghini Huracan this brake light is in fact a rather dark tinted red unit, and in this case Bburago managed to get it better than Welly who just painted silver metallic on that spot.

The taillights themselves also look different between these two models, and while I like the Welly ones it seems Bburago managed to do a slightly better job here.

When it comes to the exhaust tips I would say Welly takes the honor here, they have a more ‘real’ feeling about them. 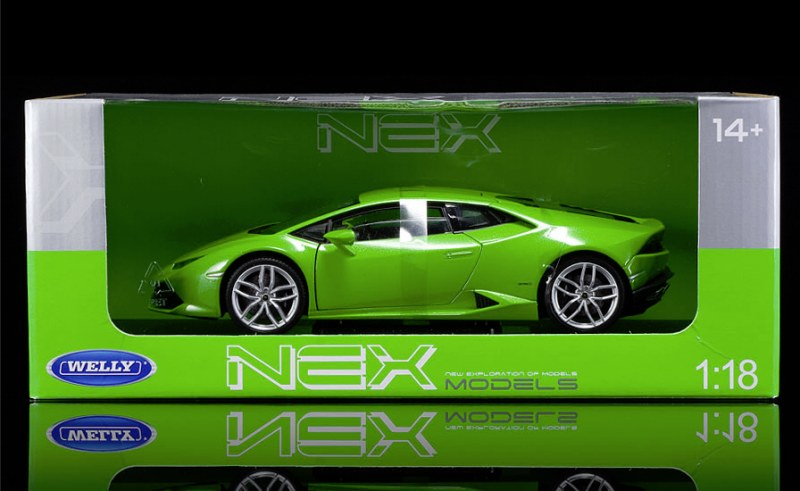 The Welly NEX 1:18 Lamborghini Huracan LP610-4 scale model is overall the best value for money at this moment, in my opinion. The details are there, the finish is very decent (very few paint flaws) and the scale is spot on in fact, so if you are looking to add a 1:18 model to your collection and you don’t want to pay AUTOart prices and a sealed Kyosho model just doesn’t sound right this Welly is the perfect solution at only €39. 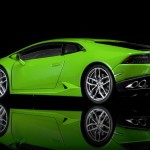 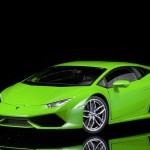 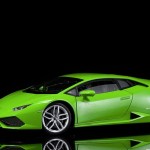 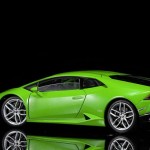 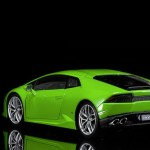 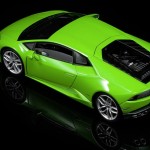 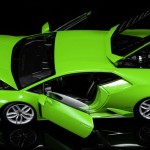 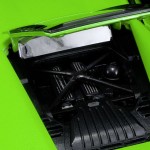 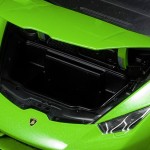 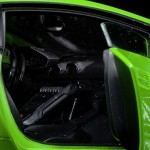 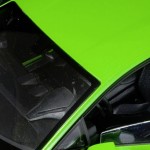 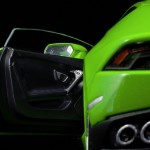 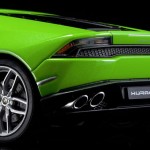 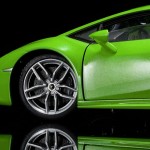