As the title states, BBR will produce the 1:18 Pagani BC and Huayra Dinastia in Red/Carbon Fibre, Blue/Carbon Fibre and Gold/Carbon Fibre.  The Pagani BC will be limited to 199 pieces and feature a display case.  Pricing is suggested at 345 Euro.  The Huayra Dinastia will be limited to 200 pieces for each colour.  Each model will feature a leatherette base and plexiglass display case.  Retail is suggested at 345 Euro.  Please contact BBR for more information.

About the Huayra Dinastia…  “Called the Dinastia, this limited-edition take on the Pagani Huayra was inspired by the Nine Dragons Wall in Beijing’s Forbidden City. Out of the 100 total Huayras to be built, only three examples of this special series will be made: one in blue carbon (emblazoned with Baxia, the water dragon), one in gold carbon (embellished by the image of Yazi, the warrior dragon) and one in red carbon (decorated by Chiwen, the protective dragon of fire and rain).” 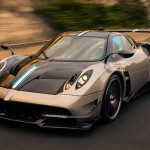 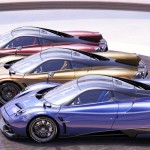 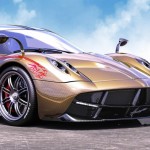 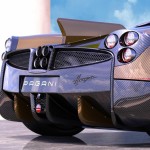 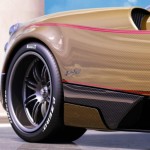 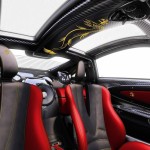