INNO Models are back with a couple of race prepped 1:18 scale Hondas.  They feature clear coat over decals, lowered suspension, carbon effect and photo-etched parts.  Each will ship with leather base and acrylic clear cover case.  Please note both samples are shown in pre-production form.

About the Hnda Civic Si E-AT…  “Back in 1985 when Spoon was still “Tatsuru Ichishima Company”, the 33 year-old Ichishima was building his very first race car on his own. Although he was a privateer, the Spoon founder was able to gain support from Honda and Mugen for parts. In exchange he provided racing data back.

As a test driver, he had of course plenty of track experience and done his share of time underneath a car but this race car was special. His Honda Civic E-AT would become the first Civic to enter the Japan Touring Car Championship series even before the Honda team and also become the basis of Spoon’s racing concept and philosophy of today.

This third generation Civic was designed by Honda under the MM (man maximum/mechanics minimum) concept. It was clearly designed from the factory to become a fun-to-drive vehicle with the same DNA from Honda’s motor sports. The car would later attain the popular Wonder Civic nickname and win the first Japan Car of the Year award for Honda. Basically this was the car that put the Honda Civic on the map. It was an obvious choice for Spoon to take this car as a base vehicle and turn it into a full-blown racing machine.” 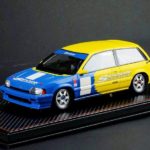 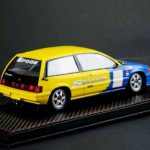 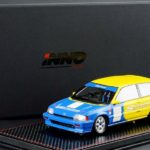 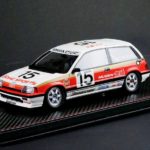 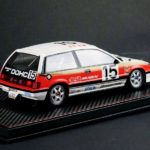 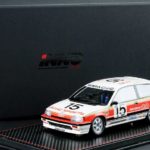