This month we feature another model from the team at Laudoracing-Models, the Fiat Uno Turbo i.e. The Fiat Uno began life in 1983, a car considered by some as a “supermini”. Since its introduction, there have been almost 9 million Unos produced, ranking it as the number 8 on the all-time list of production cars, right behind such icons as the Volkswagen Beetle, and Ford Model T. The Uno Turbo is powered by a 1.3L motor producing 105 horsepower and 108 lb•ft. Production for the Turbo variant ran from 1985–1990. 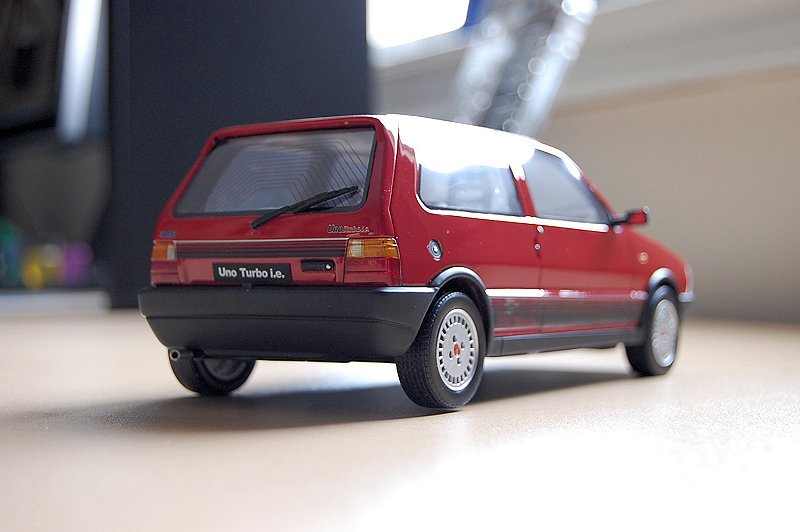 The model we have here from Laudoracing-Models is a 1:18th scale, fully sealed, resin replica in a limited edition of 1000 pieces. The car is painted in an almost two-tone effect. Front and rear bumpers are black with heavy black decal work running down the lower-half of the car. The remainder of the car is finished in red. Both decal work and paint are very good throughout. Laudoracing-Models techniques for capturing the lines of the original and transferring to 1:18th scale seem to work, as photos studied of the 1:1 car seem to be spot on. 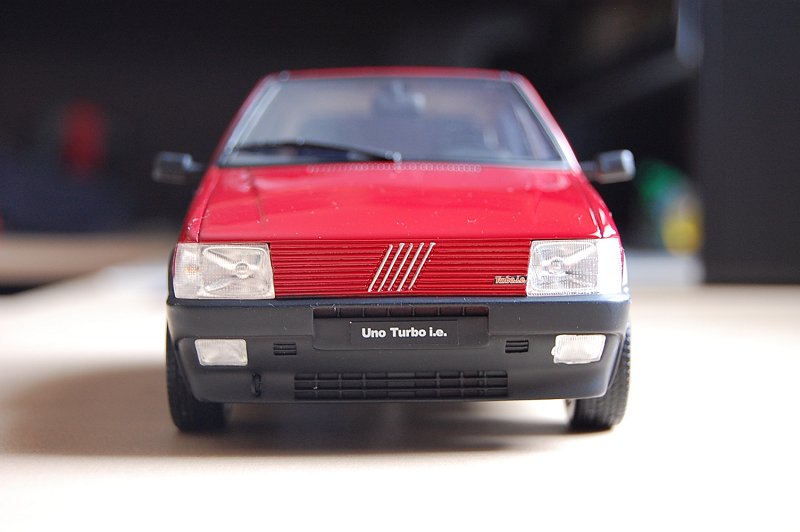 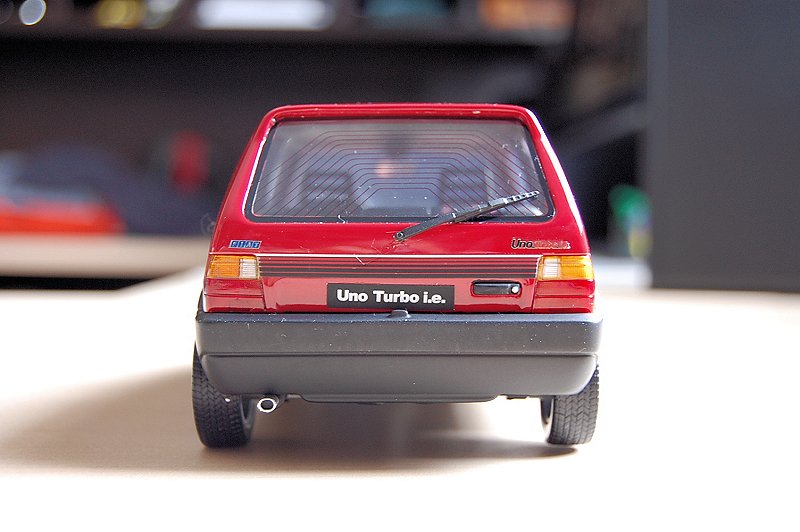 Front headlights and rear taillights show depth, though the lower fogs on the front fascia could use a little more finesse. My model arrived with the passenger side taillight slightly loose. A little CA Glue and the model was hundred percent within seconds. My only complaint with the exterior, and one that I’ve see on a few resin models from various manufactures, is that the model isn’t balanced, meaning the right rear tire on the Uno Turbo isn’t touching the ground. A minor infraction, but something Laudoracing-Models should press with the quality control team during production. 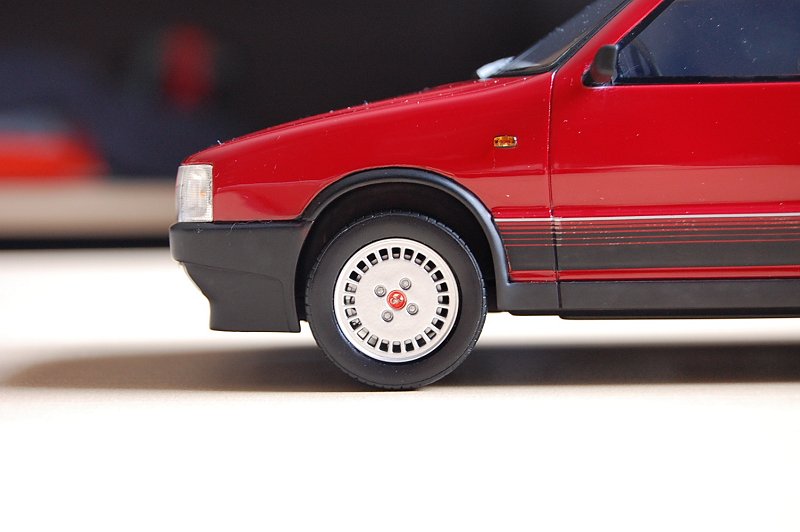 The wheels are executed nicely. Not much to see behind the rim as the bulky style of the “turbo” wheels does hide most of detail. Nice to see the Fiat logo found dead centre on each wheel.

Not much to see motor wise or storage wise, of course, though the undercarriage is simulated well, highlighting the transmission and exhaust. For the most part, though, it is quite sparse, and typical of a resin effort. 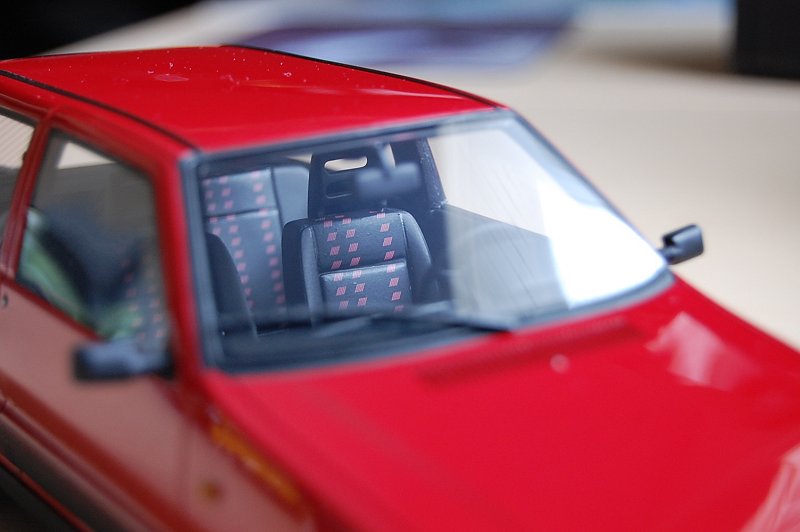 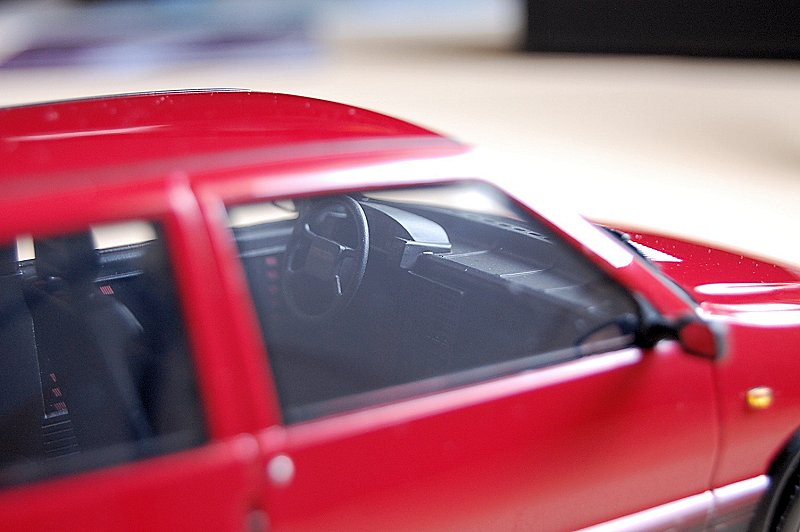 The interior is nicely appointed and does provide the sporty feel of the original. Stick shift and emergency brake lever add to the sport look as do the checked pattern seats front and rear. Nice job! 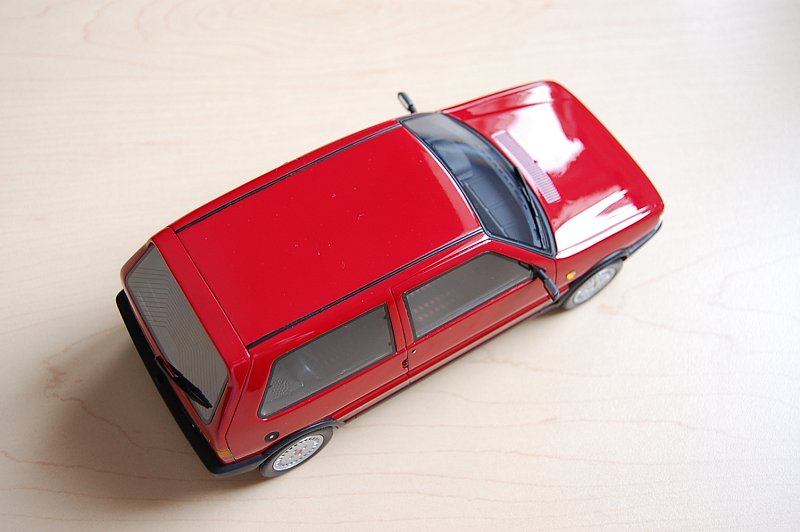 I have to hand it to Laudoracing-Models for filling in the gap for classic European cars many other manufactures would otherwise ignore. Pre-production pricing on their assortment is less than 50 Euro, a bargain from where I’m sitting. Also much cheaper than the immediate competition from BBR’s – Top Marque Collectibles series. For any Euro fan, or Fiat fan, for that matter, I think this one’s a must have. Enjoy the pics! 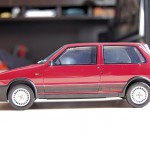 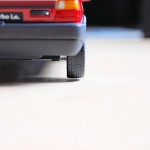 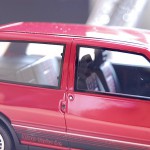 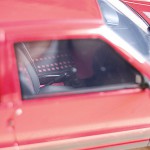 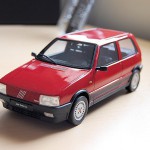 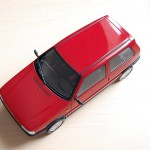 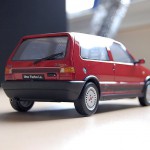 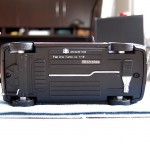 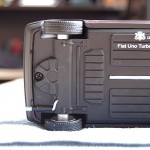 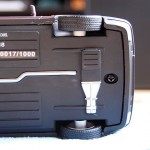