If you’re into Formula 1, then you must watch this film. I was lucky enough to catch the Toronto premiere, and even though I already had the blu-ray at home, I still went and dragged my poor girlfriend with me. How could I say no? A room full of like-minded racing fanatics, and the director in attendance, sounded too good to pass up. Rather surprisingly, the producers chose to focus on the safety aspect of the sport, but the end result delivered. Narrated by Michael Fassbender, and featuring old and rare footage in high definition (or as close as it can get anyway), and glorious 16:9, the film hammers your senses from start to finish. It includes interviews from the likes of Niki Lauda, Mario Andretti, and Jackie Stewart, with many more. Incredibly insightful, it documents the teething pains of the paradox that is safety in Formula 1. It represents drivers as they are – human beings with families – rather than some cold, emotionless figures inside a helmet. A word of warning, it includes some footage that may make you quite misty-eyed, and want to reach for some tissues. The soundtrack is fantastic and really goes along with the exuberant nature of Formula 1. If you still haven’t seen it, do yourself a favour and see it ASAP. You will not be disappointed, I guarantee it. 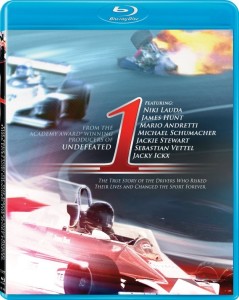