If you’re looking for a definitive resource on the greatest racing Porsche of all time, look no further than this book. Expertly written by Peter Morgan, a professional Porsche journalist, it covers the 956 and the subsequent 962 from inception to retirement. It includes a foreword by Peter Falk, one of the engineers and masterminds behind the success of these cars. The book goes into great detail, providing hundreds of images and insight into the terribly complicated (and expensive) process of designing a winning car while abiding by the rules established by the FIA. Apart from an extensive back story involving the cars that ultimately led to the birth of the 956/962 cars,  there are many images of prototypes, drawings and sketches, all accompanied by meticulously researched commentary. The book includes stories about the cars and the people that drove them, including Jacky Ickx, Derek Bell, and Stefan Bellof, to name a few. All the events related to the cars, including Bellof’s astonishing Nurburgring lap record, which still stands today, are told in great detail. The book is approximately 200 pages long, and includes appendices covering FIA rules and regulations, various facts and figures about all the versions of the 956 and 962, a list of all the race wins, and chassis numbers documentation, covering the participation of each individual car over a span of around 15 years. If you are a die-hard Porsche fan and a racing enthusiast, this book is the book for you. 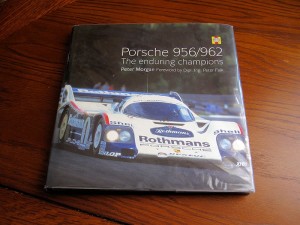 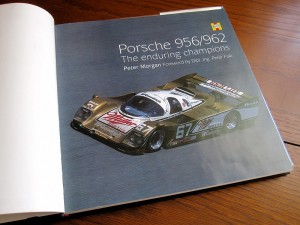 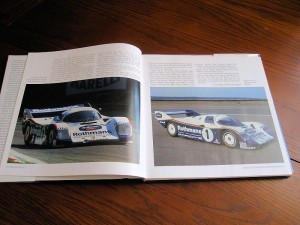 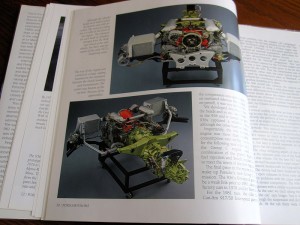