I’ve been on a quest the last few months to build up my Corvette collection.  Other than the Jada Corvette concept AUTOart owns the stable, and why not their assortment is very good and the quality so far has been outstanding!  The latest addition is another AUTOart release the 1982 Corvette Collector Edition.  Two things that attracted me to the model is the exterior paint work pinstriping and unique choice of rim with Goodyear lettering.  I like different and this Corvette fits the bill. 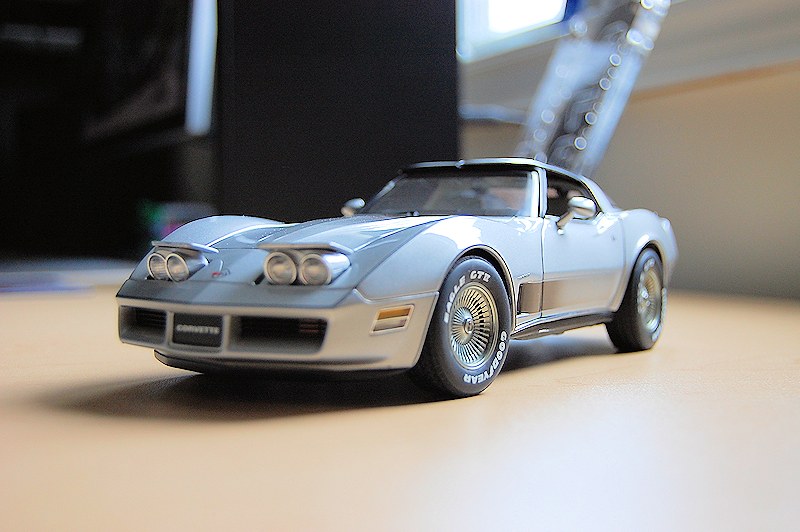 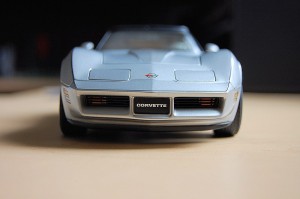 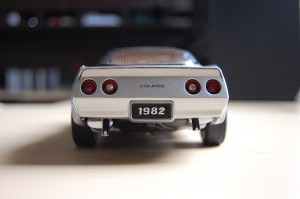 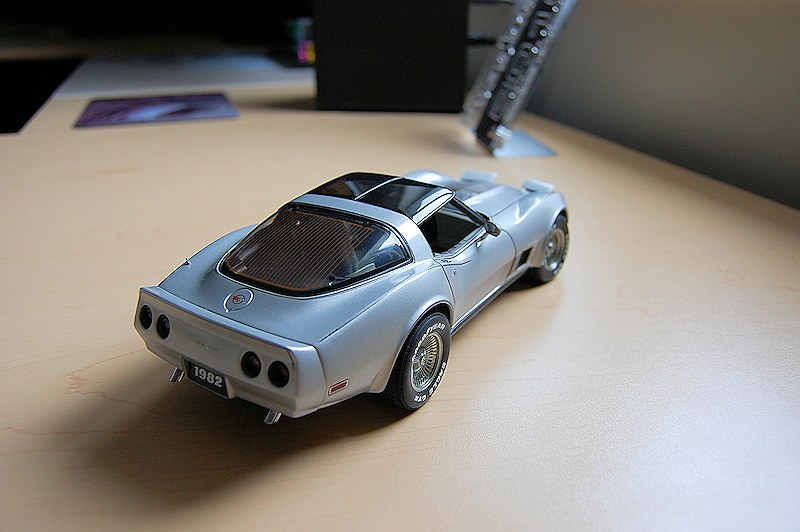 Similar to the 25th Anniversary Edition reviewed back in February, this C3 follows the same exterior quality that has impressed me and I’m sure other fans of the brand.  Paint work is stunning to say the least.  The quality of the pinstriping is worth the price of the model alone. Pinstriping is consistent and abundant, and consumes the model is a good way.  The chrome work is exceptional too, not as much as the 1970 C3 by AUTOart but nonetheless well executed where needed.  Another nice touch is the hidden fog lights behind the front grille; yellow colour matches the side markers.  It’s not all good my model seems to surfurring from some sort of paint defect on side of lower chassis (you can see this in the photos).  I’m not sure if this is due to the age of model sitting inside the styrofoam shell or an issue from the onset of release.  Anyone had similar issues?  Also the rear exhaust is not aligned; one side hangs lower than the other, what luck!  I’m hoping the shop has another to replace her, to be continued… 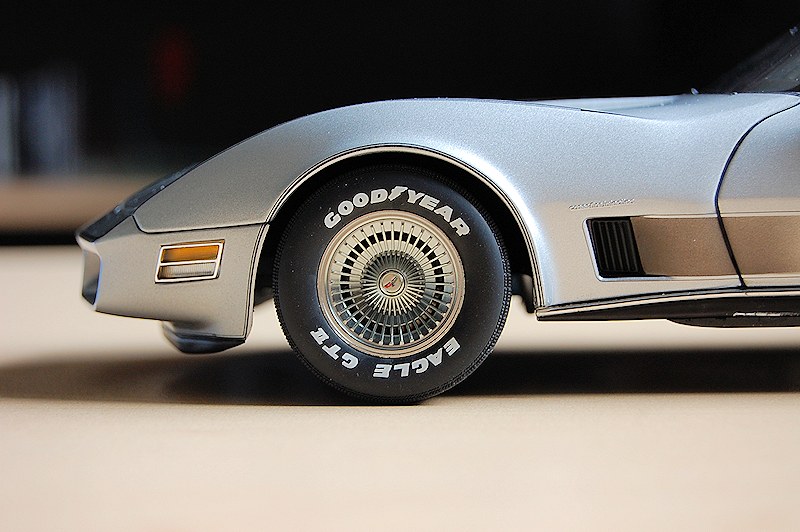 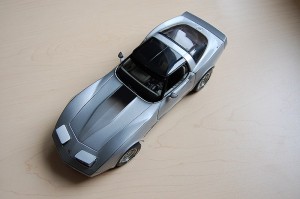 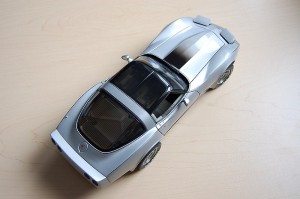 As mention earlier the wheels were another reason gravitated to this model.  Unique to the period and different from everything available in 1:18 scale today.  The white lettering around the tire is classic eighties and adds another level of authenticity to the model.  Well done AUTOart! 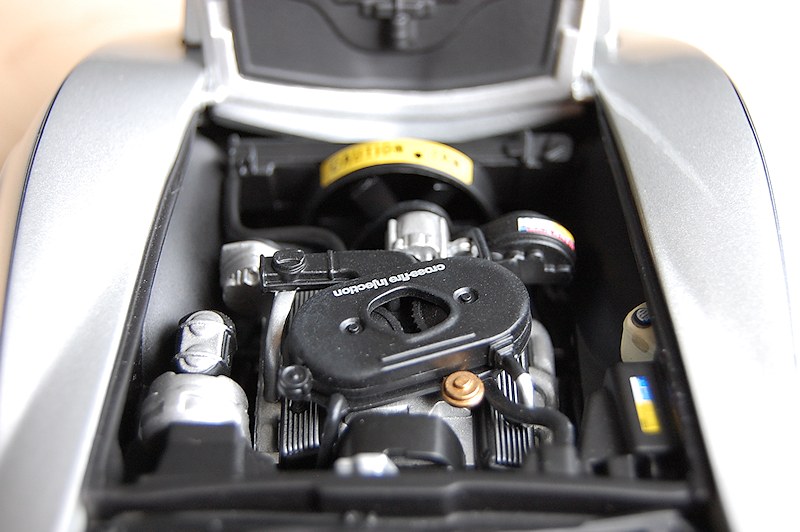 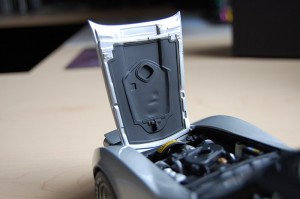 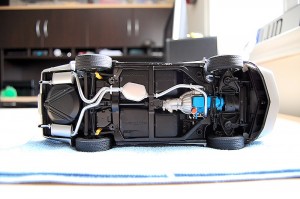 The motor is well appointed, thought not a perfect match to the 1:1 on the “finer” details it still looks the part.  The added manufacture labels again add a good level of realism to the overall look.  In my opinion the best C3 motor I’ve seen from AUTOart to date.  One thing that is noticeably absent is the hood prop-rod for some reason AUTOart elected not to add one.   Boo!  Like previous C3 Corvette’s from AUTOart the motor detail extend underneath the model in great detail.  Photo above will highlight the extent. 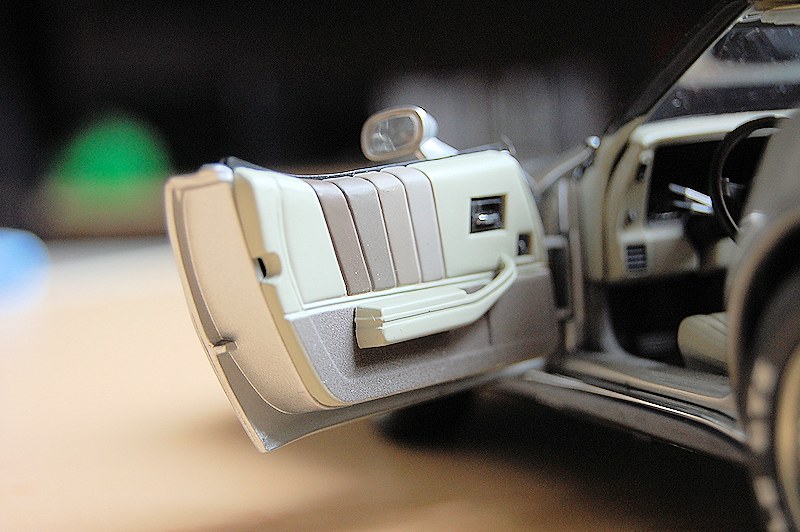 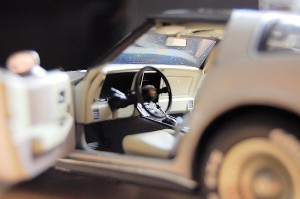 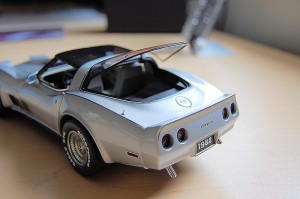 Interior is all eighties, I love it!  The grey tones work so well with the exterior paint and graphics.  Dash is nicely appointed and mimics the 1:1 nicely.  The added detail here is the finish on the interior door handles, checkout the photo!  Well done AUTOart.  The t-roof is removable but I chose based on past experience not to remove.  They are fragile and I rather have both bits in 100% original condition rather than take a chance breaking a clip.  One item that is found on this Collector`s Edition and none other C3 models that I reviewed from AUTOart is the rear glass is functional and allows access to the storage area. 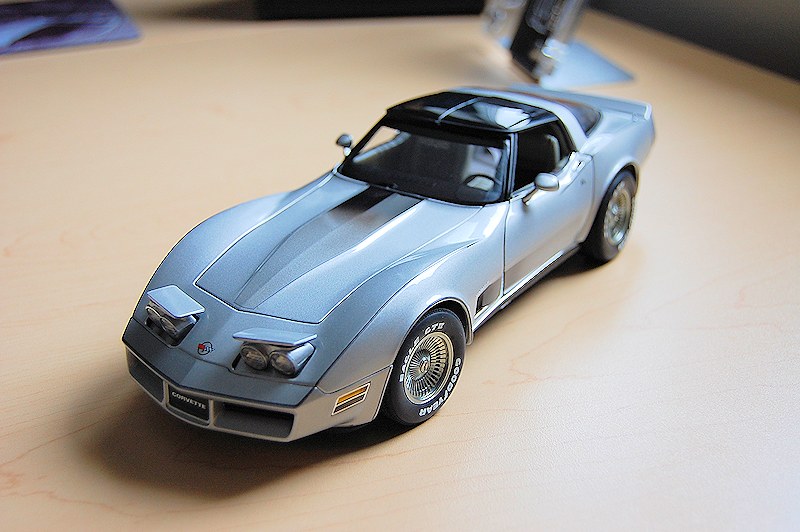 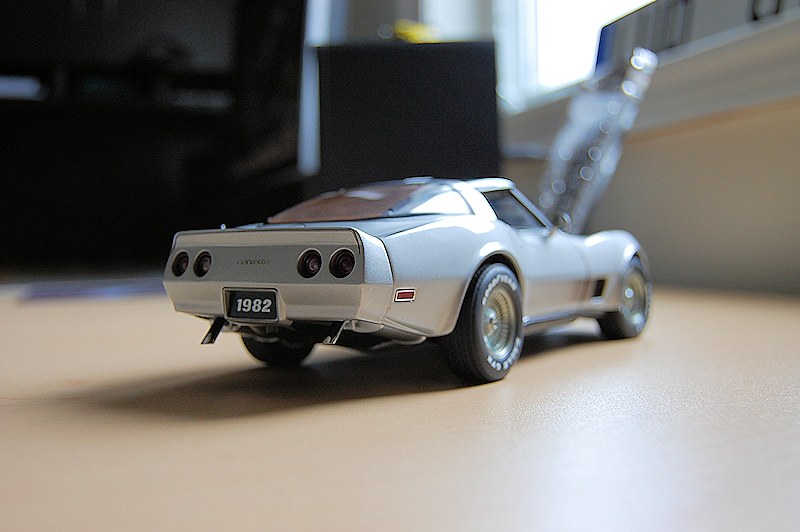 So would I recommend this model, hell ya!  For the pinstriping alone is that unique that any Corvette lover must have one in their collection.  The only issue for you is finding one, originally released in 2001 with a second run a few years later the model is scarce.  When they come up the price is usually steep, but with time you should find one at a fair price.  Good luck, and enjoy the pics! 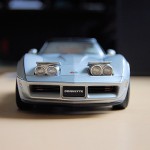 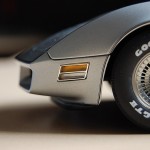 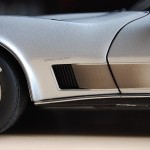 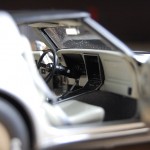 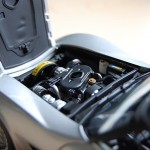 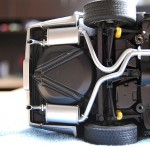 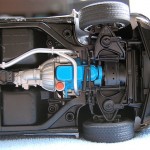